A College With 80 Tongues Tries To Speak in One Voice 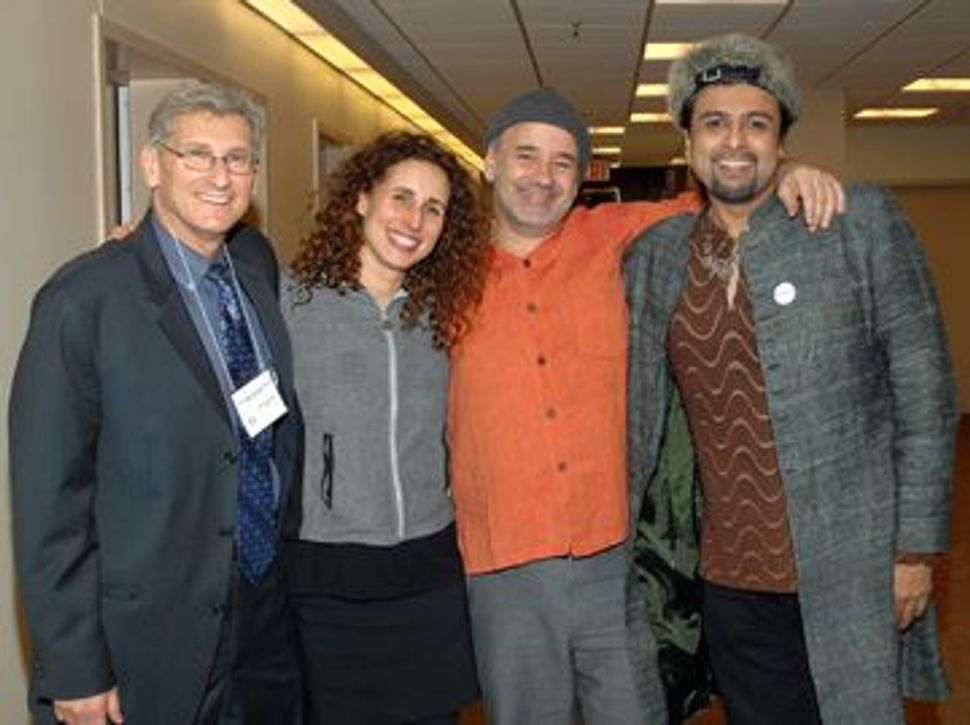 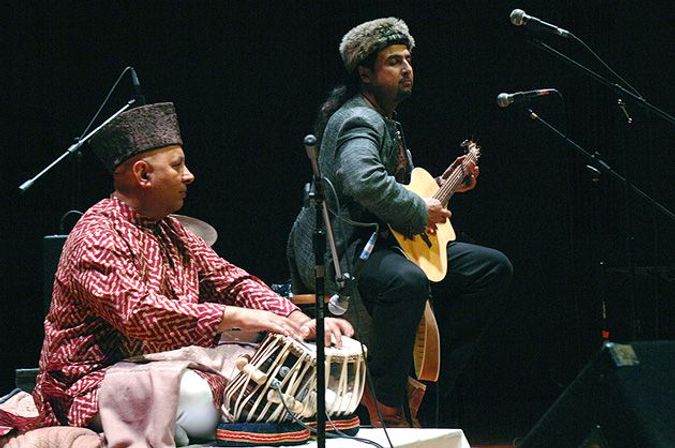 A sophomore leaning toward a major in political science, Charlie Wohlberg was walking home from a Yonkers, N.Y., synagogue one night three summers ago, when a group of young men approached him.

“Do you have any money on you, you dirty Jew?” they asked tauntingly.

“I kind of ignored them,” recalled Wohlberg, whose affable disposition may reflect the childhood he spent in Maine. “They kept repeating it, and I said, ‘No… and just walked away. There were five of them, after all,” he added with a chuckle.

His nervous laugh notwithstanding, the confrontation left Wohlberg “pretty shaken.” But the experience also spurred him to get involved in Queens College’s newly created Center for Ethnic, Racial and Religious Understanding. The center, which expands on an innovative model for teaching the Middle East conflict, aims to promote dialogue among hostile groups, and to broaden that dialogue beyond the campus, into the larger crazy quilt diversity of Queens. 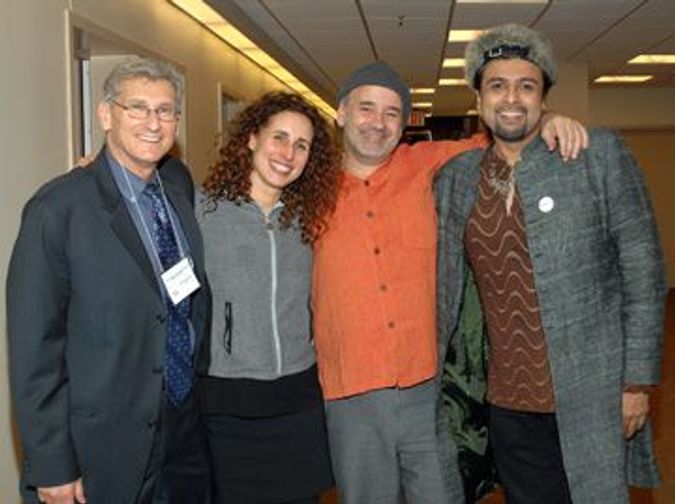 The new center’s director, Mark Rosenblum, is a professor and Middle East expert who also runs the college’s Michael Harrington Center for Democratic Values and Social Change. Rosenblum leads the Harrington Center’s Middle East Project, which has received wide recognition for developing courses and curricula that help defuse local grievances arising from the Arab-Israeli conflict by, as Rosenblum put it, “compelling students to walk in the other side’s shoes.”

Essentially, the Middle East Project requires students to engage in role-playing exercises, mock Palestinian and Israeli negotiations, and extensive research — all from the point of view of the side to which the student is opposed. So for instance, Jews and others who feel tied to the State of Israel are asked to defend the Palestinian stance, and vice versa for Muslims and Arabs.

With the success of that project, Rosenblum wondered if there were other groups on campus that could benefit from this teaching model.

“We studied, and we discovered, lo and behold, we had a lot of potential,” Rosenblum said. He then paused to search for a phrase: “Dueling dualities.”

“We discovered lots of Pakistani students, lots of Indian students… lots of Greek students on campus, a lot of Turkish students. Not a great affinity for these groups,” Rosenblum said.

The federal Department of Education approved a $285,000 grant to support the endeavor.

Wohlberg is one of 21 students selected — after a rigorous application process — to serve as facilitators. The facilitators, who will receive stipends, have been training since last fall in conflict mitigation and conciliation approaches.

On March 3, the students hosted what Rosenblum called a “curtain-raiser,” the first of a planned series of public events to provoke conversation on a campus that boasts a student population representing 140 nations and 80 tongues.

The Common Chords Diversity Fiesta offered a genre-bending world-music program at the campus’s LeFrak Concert Hall, along with testimony from some of the young facilitators, and remarks from Rosenblum and from Queens College’s president, James Muyskens.

“We decided to reach out to three bands that would all be driven by some ethnic, racial or religious orientation to their music and to their values,” Rosenblum said.

Pakistani singer/guitarist Salman Ahmad — a celebrity rock star in South Asia who mines the region’s Islamic poetry for his material — kicked off the concert with accompaniment from Indian tabla master Samir Chatterjee, who sat cross-legged on a raised platform, a quilted throw in his lap. Their collaboration was a rousing, if symbolic, rebuke to the long simmering India-Pakistan conflict.

“Music is very good to open people’s hearts,” Argentine pianist Emilio Solla said after he led his ensemble, the Tango Jazz Conspiracy, in a set that included “a very New York, tough piece,” titled “Remain Alert.” The foreboding composition combined Jewish and Arab musical flourishes with a Latin bass line that seemed to echo the cacophony of city neighborhoods after dark.

A fusion of Jewish and Arab musical traditions was at the root of Basya Schechter’s folk-inspired sound. Orthodox Jewish Schechter and her band, Pharaoh’s Daughter, resuscitated a range of languages as she sang in Aramaic, Yiddish and Ladino to the audience’s spontaneous clapping.

The finale was a study in harmony, as the three acts that had never before played together launched into a jam session.

It remains to be seen whether the program can get Queens College students to play equally well with each other. Just last November, a screening by college Republicans of a video that Muslims viewed as anti-Islamic prompted threatening remarks from a Muslim student in attendance. According to the November 29, 2009, issue of The Knight News, a campus newspaper, the president of the Muslim Students Association firmly disavowed the comments and claimed that the student was not an official MSA member.

Wohlberg, 20, observed that when it came to campus socializing, “there’s very little interaction between the different segments of the population. Aside from sitting in class together, there’s limited interaction.”

Rosenblum seemed alert to the pitfall of attracting to his programs only those predisposed to cross these ethnic lines. In recent weeks, he has tasked the first wave of facilitators with recruiting five new students, each of whom exhibits less of the open-minded quality characteristic of those in the original group. The 90 recruits will join a pair of student-dialogue sessions planned for the spring semester.

Another facilitator, junior Cleopatra Haviaras, 21, spoke with pride of her Greek-American heritage, but said her upbringing in the Astoria section of Queens exposed the downside of homogenous communities. “The majority of the Greeks that I knew were [often] prejudiced, in the sense that they would often discriminate against other cultures or religions,” she said. In an effort to pierce such insularity, students in the program will conduct outreach work in 17 of Queens’s 21 neighborhoods.

“I realize that there’s so much racism in the world, and so much that needs to be changed that this project was the most personal thing that I could do,” Haviaras said.

A College With 80 Tongues Tries To Speak in One Voice