Promoting Israel As a ‘Cultural Hotbed’ Isn’t Always a Winner 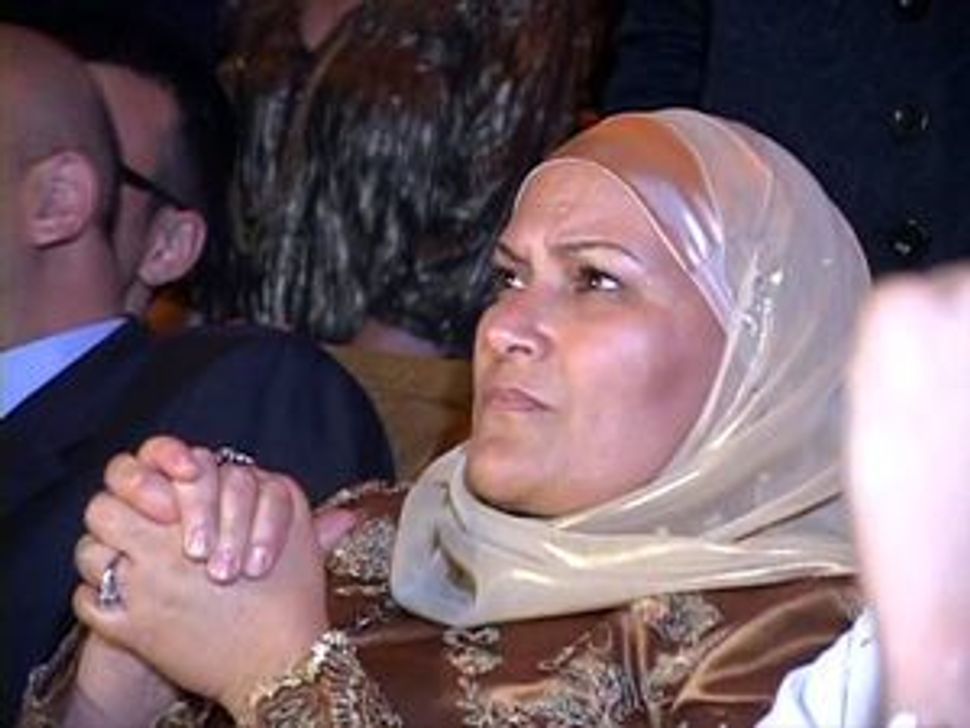 Hope: Ajami actress Nisrine Rihan in Los Angeles watching the Oscar ceremonies as the award for best foreign picture was announced. Ajami lost out to ?The Secret in Her Eyes? from Argentina. Image by NATHAN GUTTMAN

Jacob Dayan, Israel’s consul general in Los Angeles, is dreaming of an Israeli “Lord of the Rings” movie. “I want people to see the movie and say, ‘Wow, I want to go to that place.’” 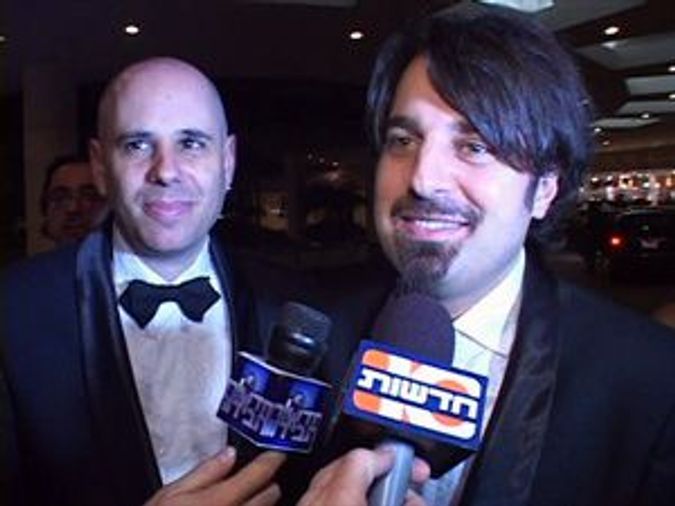 But his dream has yet to be realized.

Instead, as Israel’s chief diplomat to America’s film capital, Dayan found himself on Oscar night condemning remarks critical of Israel made by the co-director of “Ajami,” Israel’s most recent Oscar nominee.

When it comes to touting Israel via its widely admired film industry, the country’s diplomats face some pretty tricky terrain.

“Ajami,” named after a violence-torn Arab neighborhood in Jaffa, does little to help rebrand Israel as a peaceful place or as a model of equality and democracy. The actors, all amateurs who live in or near the neighborhood in which the film takes place, portray a disturbing picture of Israel — one of crime, gang violence, police brutality and, above all, discrimination against the country’s Arab citizens. The film conveys an overwhelming sense of despair.

It could, nevertheless, help reinforce a public relations concept that Israel has been trying to market — the notion of Israel as an open society in which voices of dissent and opposition are welcome.

This idea was demonstrated by Israeli Oscar submissions in previous years.

The movie “Waltz With Bashir,” nominated in 2009, was a chilling account of Israel’s actions during the First Lebanon War and during the Sabra and Shatila massacre of Palestinians by Lebanese Christians allied with Israel. “Beaufort,” nominated a year earlier, also took a critical approach to the same war. “Ajami” is no different in its approach or tone, but it was the attitude of the movie’s Israeli Arab co-director, who insisted that he is not on “team Israel,” that angered officials and put the idea of Israeli openness to criticism in question. 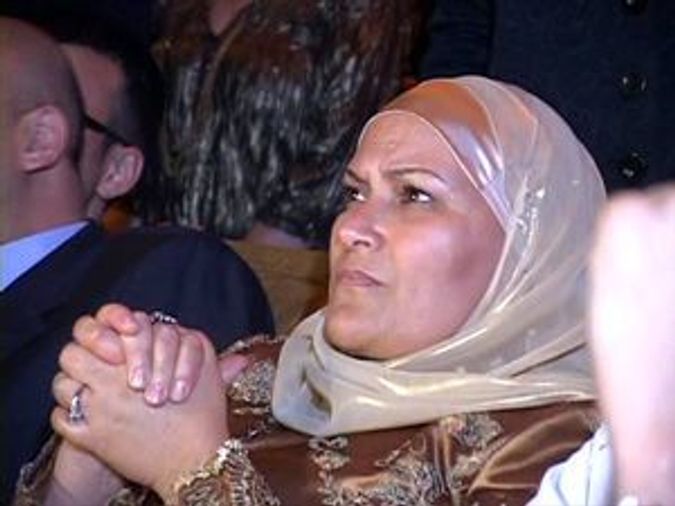 Hope: Ajami actress Nisrine Rihan in Los Angeles watching the Oscar ceremonies as the award for best foreign picture was announced. Ajami lost out to ?The Secret in Her Eyes? from Argentina. Image by NATHAN GUTTMAN

“I cannot represent a country that doesn’t represent me,” Scandar Copti told reporters in L.A., creating a stir that resonated all the way to Jerusalem. One Israeli Cabinet member even voiced concern that if “Ajami” won the Oscar, Copti might go onstage “wrapped with the Hamas flag.” It was not clear whether he was speaking metaphorically. Copti, however, showed up at the Kodak Theatre dressed in a tuxedo.

As a consequence of Copti’s remarks, Dayan, who was tasked with touting the film in Los Angeles, stood in front of TV cameras early on the day of Oscars night and criticized Copti, for “spitting into the well he is drinking from.” And he wasn’t alone. Politicians in Israel took to the airways all day March 7, deploring Copti for stating that he does not represent the State of Israel.

Since the Oscar for best foreign language film went to the Argentine film “The Secret in Her Eyes,” there is no way to know whether Copti would have criticized Israel in front of an estimated billion TV viewers worldwide.

But Oscar nominations are only one element in Israel’s attempt to market itself as a world-leading cultural hotbed. Other elements include the adaptations of popular Israeli TV formats on American networks, which range from psychological dramas like HBO’s “In Treatment” to game shows and sitcoms, and the sponsoring of Israeli performing and visual arts.

These marketing efforts — part of a broader goal of rebranding Israel and selling the concept of “Israel beyond the conflict” — have won significant attention in Israel, and some critical scrutiny abroad, in recent years. A new campaign launched by Israel’s minister of public affairs and the Diaspora, Yuli Edelstein, called on Israelis traveling abroad to highlight the positive, non-conflict related aspects of Israel, including the country’s achievements in sports, technology and solar energy. In Europe, Israeli tourism advertisements took a step away from showing pictures of Jerusalem and the holy places in favor of young women in bikinis on the beaches of Tel Aviv.

Dayan believes that once the dust settles, it will be clear that “Ajami” has done more good than bad to Israel’s image overseas. “Of course I would rather see a movie that portrays Israel in a more positive light,” he said. “But at the end of the day, it helps us open doors in Hollywood.” Dayan believes that while the controversy will soon be forgotten, Hollywood will remember the fact that Israeli movies were nominated for the Oscar three years in a row.

The film also sheds light on the plight of Israel’s Arab citizens, an issue overshadowed many times by the Israeli-Palestinian conflict. “Maybe us being here at the Oscars will help raise awareness of these problems,” said Yaron Shani, Copti’s Israeli Jewish partner as co-director. Copti added, “No one gave a damn about Jaffa until the movie came out.”

An Israeli film industry official who accompanied the “Ajami” cast said that at first he was “furious” at Copti’s statements, “but then,” he said, “I thought to myself: Where else in the world would you see a debate like this? It is really remarkable.”

Promoting Israel As a ‘Cultural Hotbed’ Isn’t Always a Winner