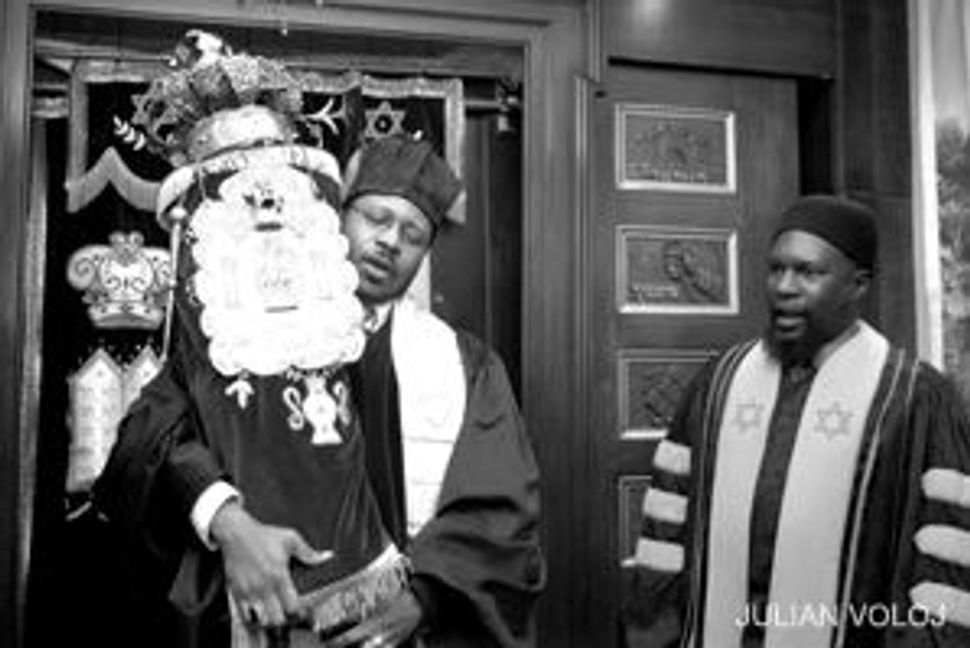 Faith in its many forms is the subject of an exhibit of photographs currently on display at the Brooklyn Public Library. Diversity of Devotion: Celebrating New York’s Spiritual Harmony features some 60 works by 36 photographers. The images portray more than 27 different religions — not only those familiar to Americans, but also lesser-known faiths such as Voodou, Falun Gong, Wicca, Rastafari and Sikh. Originally conceived as a response to religious tensions resulting from the events of September 11, 2001, the exhibit began as a photo-documentary competition. The Brooklyn Public Library show includes a photograph of Rabbi Levy and Rabbi Eliyahu of Congregation Beth Elohim in Queens (above), taken by photographer and Forward contributor Julian Voloj. The work was drawn from Voloj’s series of photos on black Jews in America. 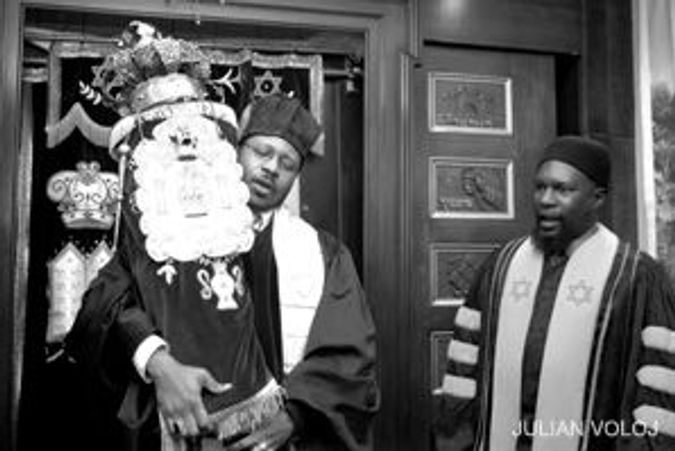