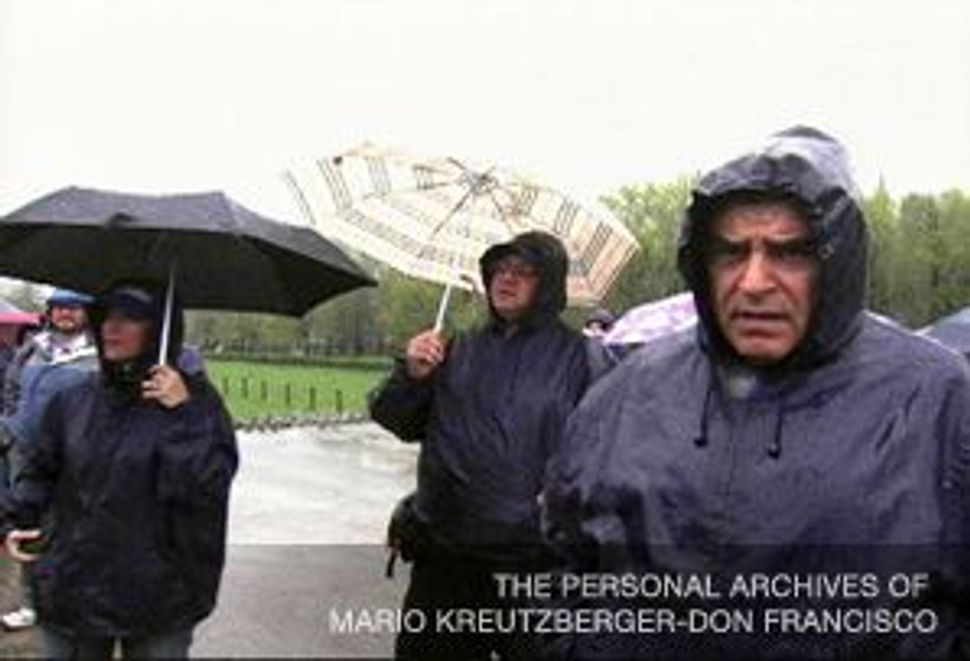 In the Spotlight: Chilean TV celebrity Don Francisco, right, made a documentary focused on the story of his father, a Holocaust survivor.

As host of what the Guinness book of world records calls the “longest running show on television,” Chilean TV personality Don Francisco has hardly lived a private life. But throughout his 46 years on the air, there has been part of the talk show host’s life about which he has always remained silent. 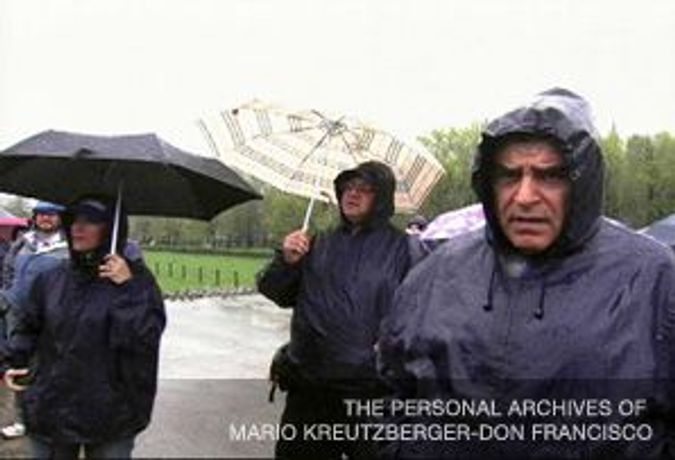 In the Spotlight: Chilean TV celebrity Don Francisco, right, made a documentary focused on the story of his father, a Holocaust survivor.

Don Francisco, né Mario Kreutzberger, born to German Jews in Chile, had never felt comfortable speaking in public about his father’s experience in the Holocaust. Not until three years ago, that is, when an invitation to the March of the Living — an international Holocaust remembrance program — changed his mind.

“I think I was not ready to face it yet,” Kreutzberger, 67, said. “Then I got invited to the March of the Living. I invited my whole family to go, and I was going to take a camera. Then, a week later, I figured I have to have two cameras. I realized I could do this like a journalist; I am a media man.”

Originally intending to create a visual record of the experience for his personal use, Kreutzberger realized that this was a story he wanted to take to the public. After returning from his trip in June 2005, he began working on “Testigos del Silencio” (“Witnesses of Silence”), an hour-long self-funded documentary film that chronicles his father’s story along with those of other survivors; the work also focuses on Kreutzberger’s own experience at the March of the Living. The film has been shown for educational purposes throughout Latin America. It has also been part of Jewish films festivals in the region. Kreutzberger says he is working on a wider release for sometime this year or 2009, and all the money will go toward Jewish education.

“I had been one mile away, half a mile away, from the concentration camps [when traveling for work]. I was never able to go in,” he said, explaining how difficult the topic was for him. “For so many years, I witnessed the silence. My dad really did not talk about it.”

Kreutzberger was born in Chile in 1940. During the 1950s his father sent him to New York to learn how to be a tailor, but while abroad, the teenage Kreutzberger fell in love with something else: television. By 1962, after returning to Chile, he landed his first show, which was the earliest incarnation of “Sabado Gigante.” The program became widely popular throughout South America, and in 1986, Univision brought Kreutzberger to Miami to produce a version for the entire Spanish-speaking world. The show has been running continuously ever since.

Kreutzberger said he grew up in a Jewish household; there were bar mitzvahs and the occasional Sabbath dinner, but his family wasn’t strictly observant. Kreutzberger’s father did not speak with his son about his time in a concentration camp until he was 80. Kreutzberger believes that the issue was simply too hard for his father to discuss, as it was for many of the Latin American survivors in the film.

Kreutzberger experienced occasional antisemitism as a child, but he says he does not feel that his being Jewish has ever created a problem in his professional life. In fact, he says he made the film not as a political statement on antisemitism or on Israel, but to pay homage to the struggles his father had to go through in order to give him freedom.

“I could have made this less personal, but I decided to make the personal interesting,” he said. “This is my testimony, but it matters to a lot of people.”