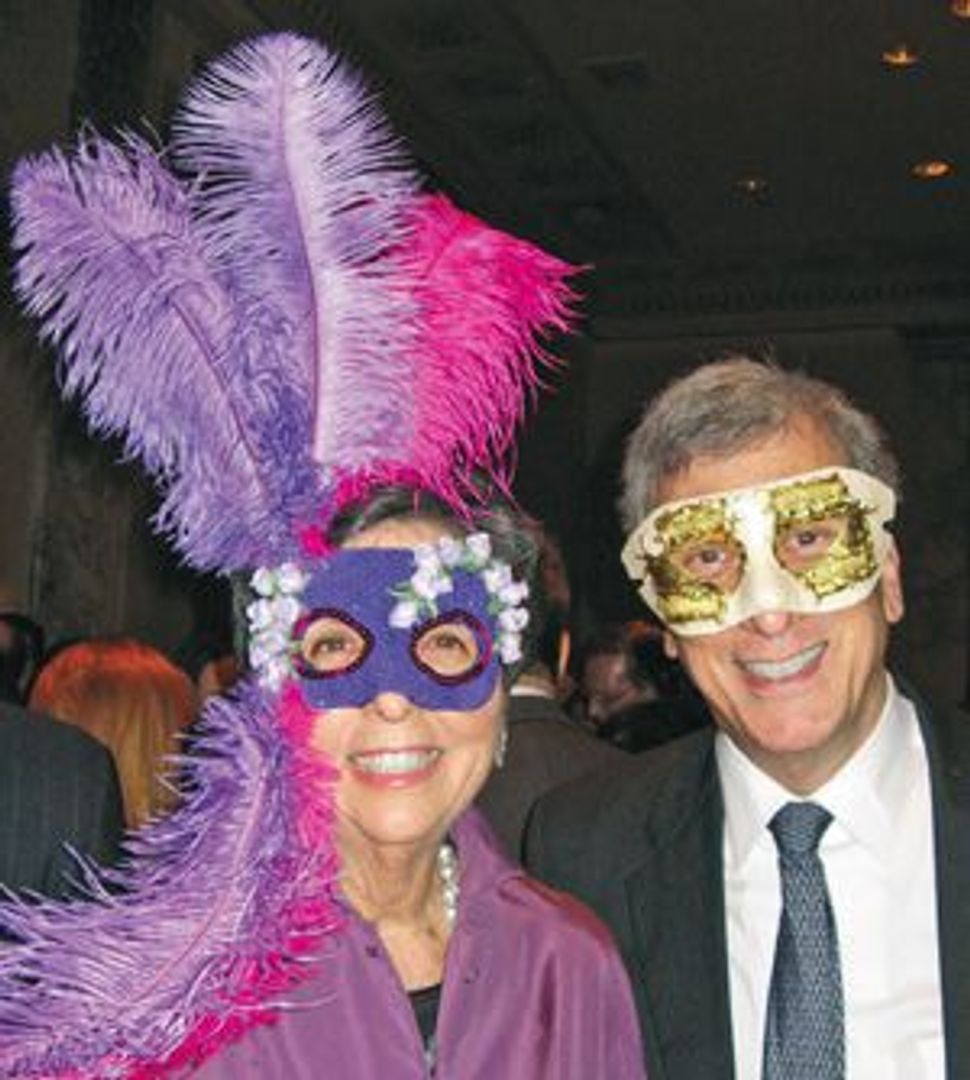 Introduced by comedienne Judy Gold, it was the surreal Purim shpiel of Susie Essman that had the guests at the March 3 Jewish Museum’s Purim Ball at the Waldorf-Astoria spinning graggers and roaring with laughter. Titled “Surreal Soiree,” the gala was listed as paying homage to “painter, poet, photographer, sculptor, Surrealist, Jew, Man Ray” (nee Emmanuel Radnitzky; his Russian-immigrant father was a garment worker), the subject of the museum’s recent exhibit “Alias Man Ray: The Art of Reinvention.” Best known for her character Susie Greene in HBO’s “Curb Your Enthusiasm,” Essman opened with a monologue: 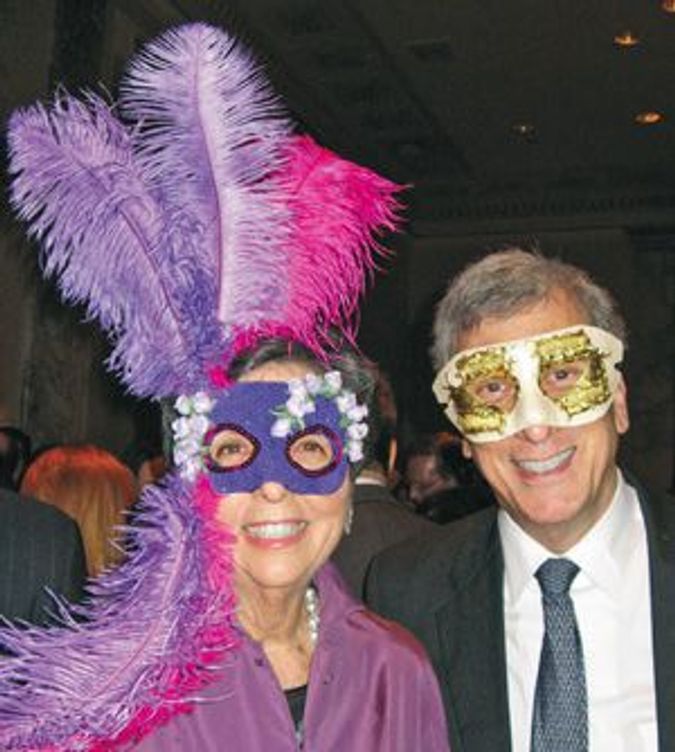 “Thousands of years ago — which Iran won’t fess up to —Aha-Tzuris [her articulation of King Ahasuerus] asked his wife, Vashti, to appear naked before his friends. She refused. He had her killed. He had anger-management problems. He then ordered a pageant for virgins, so inadequate was he in bed, he figured [virgins] wouldn’t know the difference…. [She was] told by her uncle, Mordechai: ‘Don’t ask. Don’t tell. Don’t Daven, so Aha-Tzuris won’t know you’re a Jew,’ Esther became Queen of Iran…. And what better way to mock evil than with pastry [hamantaschen].”

The ball honored philanthropic couple Cathy and Marc Lasry. It was announced by Joshua Nash, museum chairman and event co-chair, that “in the face of [current] economic challenges,” the gala raised more than $1.1 million.

Cathy Lasry is the author of several novels for adolescent girls, president of the Eleanor Roosevelt Legacy Committee and a trustee of Say Yes to Education and of the Roundabout Theatre Company. Marc Lasry immigrated to the United States from Morocco as a child. In 1995, he co-founded, a global alternative investment firm with more than $20 billion in assets. He currently serves on the boards of Mount Sinai Medical Center, the William J. Clinton Foundation and the 92nd Street Y. Joan Rosenbaum, Helen Goldsmith Menschel Director of the museum, announced that a “virtual journal of the evening’s artwork and more will be on view online.”

Adding to the surreal atmosphere, props included two turbaned seminude models seated atop pedestals, their bare backs painted with the two F-Holes (front vents) of a violin in homage to Man Ray’s 1924 photo image “Le Violon d’Ingres” (“Ingre’s Violin”). On the way to the reception area, I saw a gigantic lip-shaped red sofa, embellished with a balloon shaped and decorated like bloodshot eyeball, and a huge clock with red legs as its hands. Suspended from the Grand Ballroom’s ceiling was a 10-foot black umbrella, and beneath it hung silk white butterflies. Tables covered with black-and-white diamond-patterned or zebra-striped cloths were the background for surreal centerpieces: replicas of candelabras that Man Ray made, each colored green and in the shape of a hand, amid black flowers, and glass bowls in which gleamed a green hand embellished with little glass eyeballs. Among the mask wearers willing to be “unmasked” were writer and museum board member Francine Klasgbrun and museum adviser Arnold Eisen, chancellor of the Jewish Theological Seminary.

Launch of “You Say Tomato, I Say Shut Up” at UJA-Federation of New York a Side-Splitter With a Farklempt Postscript

The March 2 book reading by husband-and-wife authors Annabelle Gurwitch and Jeff Kahn — who are also actors and comedians — from their joint opus, “You Say Tomato, I Say Shut Up” (Crown Publishing Group), hosted by the UJA-Federation of New York Young Healthcare Division March Arts Events at UJA-Federation’s 59th Street headquarters, began with chuckles and laughter. Amid interruptions, accusations and reflections on their marriage came the revelation that the couple’s son was born with multiple birth defects. The emotional temperature in the room could best be described as farklempt. Inheritors of the marital jousting style of Anne Meara and Jerry Stiller, Gurwitch, best known as the original hostess of TBS’s “Dinner and a Movie,” and Kahn, who is an Emmy Award-winning writer of the “The Ben Stiller Show” and appeared in the film “The 40-Year-Old Virgin,” pulled no punches as they painted the trajectory of their peripatetic romance and marriage and detailed the Jobian travails that tested their marriage when their son, Ezra, was born.

But prevail they did. In a stand-up comedic vocabulary often unprintable in this column, they detail their unrelenting struggle to stay married and give their son a normal life. As Kahn wrote in the book and told the audience that night, “Today Ezra is a teenager who… made it to the Little League.” The book is a fun read. Split into “She Said”, “He Said” headings, each chapter has a not so subtle bon mot hinting at its content:

“Marriage is a great institution, but I’m not ready for an institution.” —Mae West.

“Marriage is the only war in which you sleep with the enemy.” — Calvin Trillin

“Life is divided into the horrible and the miserable.” — Woody Allen

Even Isaac Bashevis Singer gets into the act, with what I assume he originally wrote in Yiddish: “Suffering, emptiness, darkness are nothing more than interruptions of a cosmic orgasm that grows forever in intensity.” Though I am fluent in Yiddish, I haven’t a clue how to translate this Singer-esque bit of wisdom back into mameloshn .