Are Israel’s Policies a Threat to the U.S.? 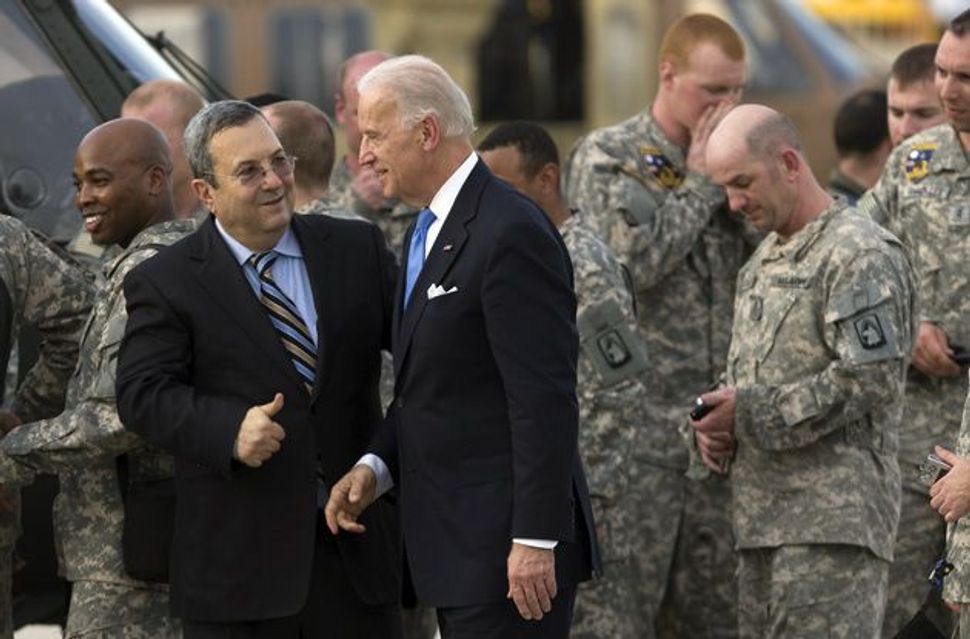 The dispute between Israel and the United States over building plans in East Jerusalem has left some supporters of Israel with a bitter aftertaste.

It was not only the harshness of the Obama administration’s admonition of Israel; it was also the sense that a new element has been introduced to the bilateral relationship: the question of whether Israeli policies adversely affect America’s strategic interests in the region.

At its most abstract, this issue tends to spark heated responses from many supporters of Israel. But an even more charged suggestion received a public airing during the latest crisis, namely that Israeli policies toward the Palestinians endanger not only America’s standing in the Muslim world, but also its war efforts and even the lives of its soldiers.

It “smacks of blaming the Jews for everything,” the Anti-Defamation League’s Abraham Foxman told The Jerusalem Post, regarding the notion that Israel is endangering American soldiers’ lives.

“This is probably one of the most serious charges that we have ever heard,” Foxman said.

The idea of a linkage between the effects of Israeli policies and the challenges facing American war efforts surfaced during Vice President Joseph Biden’s visit to Israel and the unusually severe public dispute between the Israeli government and the Obama administration provoked by the announcement of plans to build 1,600 new residential units in the ultra-Orthodox Ramat Shlomo neighborhood in East Jerusalem.

Yediot Aharonot set the stage March 11 with a front-page quote attributed to Biden from a closed-door conversation he held with Israeli officials. “What you’re doing here undermines the security of our troops who are fighting in Iraq, Afghanistan and Pakistan. That endangers us and it endangers regional peace,” Biden was reported to have said, regarding the Ramat Shlomo plans, according to the Israeli daily.

The vice president’s press office declined to respond on the record to a question from the Forward on the accuracy of this account. But, on background, American officials were cited in other press outlets as denying that the vice president had ever said that Israel’s actions put American troops in danger. A senior American official told The Atlantic’s Jeffrey Goldberg that what Biden had said was that “the extent to which Israel aggressively pursues peace makes these efforts easier,” referring to American efforts in Iraq and Afghanistan, as well as to efforts to build a coalition against Iran.

But Biden’s remarks, whether as quoted or as later corrected, were not the only reference fueling anxieties among Israel’s supporters. On March 13, a blogger on the Web site of Foreign Policy magazine reported on a PowerPoint briefing provided in January by aides to General David Petraeus, commander of the U.S. Central Command, to Admiral Michael Mullen, chairman of the Joint Chiefs of Staff.

The briefing, in the words of the blogger, Mark Perry, a foreign affairs analyst and former adviser to Yasser Arafat, said that Arab leaders believe America cannot “stand up to Israel” and asserted that “Israeli intransigence on the Israeli-Palestinian conflict was jeopardizing U.S. standing in the region.” Military sources later disputed some details in Perry’s report but did not question his account of the content of the briefing.

In a March 16 hearing in the Senate Armed Services Committee, Petraeus, made a related, if considerably more measured, assertion. He said that Israeli-Palestinian tensions “have an enormous effect on the strategic context in which we operate in Central Command area of responsibility.” He indicated his support for the administration’s efforts to advance the peace process.

“The enduring hostilities between Israel and some of its neighbors present distinct challenges to our ability to advance our interests in the AOR,” Petreaus said in his written statement provided to the committee, referring to Central Command’s area of responsibility.

He stressed that terrorists are exploiting the Israeli-Palestinian conflict in order to mobilize support.

President Obama’s senior adviser, David Axelrod, also made an explicit linkage between America’s security and resolving the Israeli-Palestinian conflict. In a March 14 interview with ABC News, Axelrod said: “I do believe that it is absolutely imperative, not just for the security of Israel and the Palestinian people, who were, remember, at war just a year ago, but it is important for our own security that we move forward and resolve this very difficult issue.”

Shoshana Bryen, senior director for security policy at the Jewish Institute for National Security Affairs, argued that blaming America’s difficulties in its Middle East war zones on Israel’s approach to the Palestinian issue is “a fraud of the largest order.” Arab Gulf countries, she said, are reluctant to cooperate militarily with the United States because of their own internal problems, and they use the Palestinian issue as an excuse. “It is a canard to hang it on Israel,” she added.

Suggestions that Israeli policies might threaten American national security thus far seem not to have gained much traction among lawmakers, said an official with a pro-Israel organization in Washington, who spoke on condition of anonymity. He said that the prevailing attitude on Capitol Hill is still that Israel is a security asset in the Middle East, not a burden.

Rep. Eric Cantor, the House minority whip, argued that America’s real problems in the Middle East are the spread of nuclear weapons and of Islamic extremism. “I do not agree with the notion that if somehow we address the concerns of the Arab world regarding the Israeli-Palestinian conflict, then all our problems will be solved,” the Virginia Republican said in a March 16 interview with the Forward.

From across the aisle, Rep. Ron Klein, a Florida Democrat, stressed that Israel and America share the same security concerns in the Middle East and are on the same side. “The security threats that the United States and Israel face are too great and too urgent to be overwhelmed by a disagreement among friends,” Klein said in a public statement.

Klein and Cantor were among more than a dozen lawmakers who have publicly weighed in on the dispute between Israel and the Obama administration. Most have voiced their interest in ending the public quarrel, while Republicans also took aim at Obama for his handling of the crisis.

These reactions came after it became clear that a public apology delivered by Prime Minister Benjamin Netanyahu to Biden for the East Jerusalem building project announcement was not enough to satisfy the administration. Secretary of State Hillary Rodham Clinton called Netanyahu on March 12 with a harsh rebuke and a list of demands for Israel, which included shelving the disputed housing program and making public gestures toward the Palestinians to help kick off the indirect peace talks.

Netanyahu, while repeating his apology, stated that Israel would continue to build in all parts of Jerusalem, a statement seen as rejecting one of Clinton’s demands. In the meantime, the administration’s special Middle East envoy, George Mitchell, postponed his upcoming mediation trip to the region while waiting for Israel’s response to the new American requests.

With the American-Israeli relationship having been plunged into what many observers are calling a “crisis,” the upcoming annual conference of the American Israel Public Affairs Committee, opening March 21, will be eagerly watched. It will feature as speakers two of the main players in this dispute — Netanyahu and Clinton.

Are Israel’s Policies a Threat to the U.S.?