A ‘Homesick’ Author Finds His Home 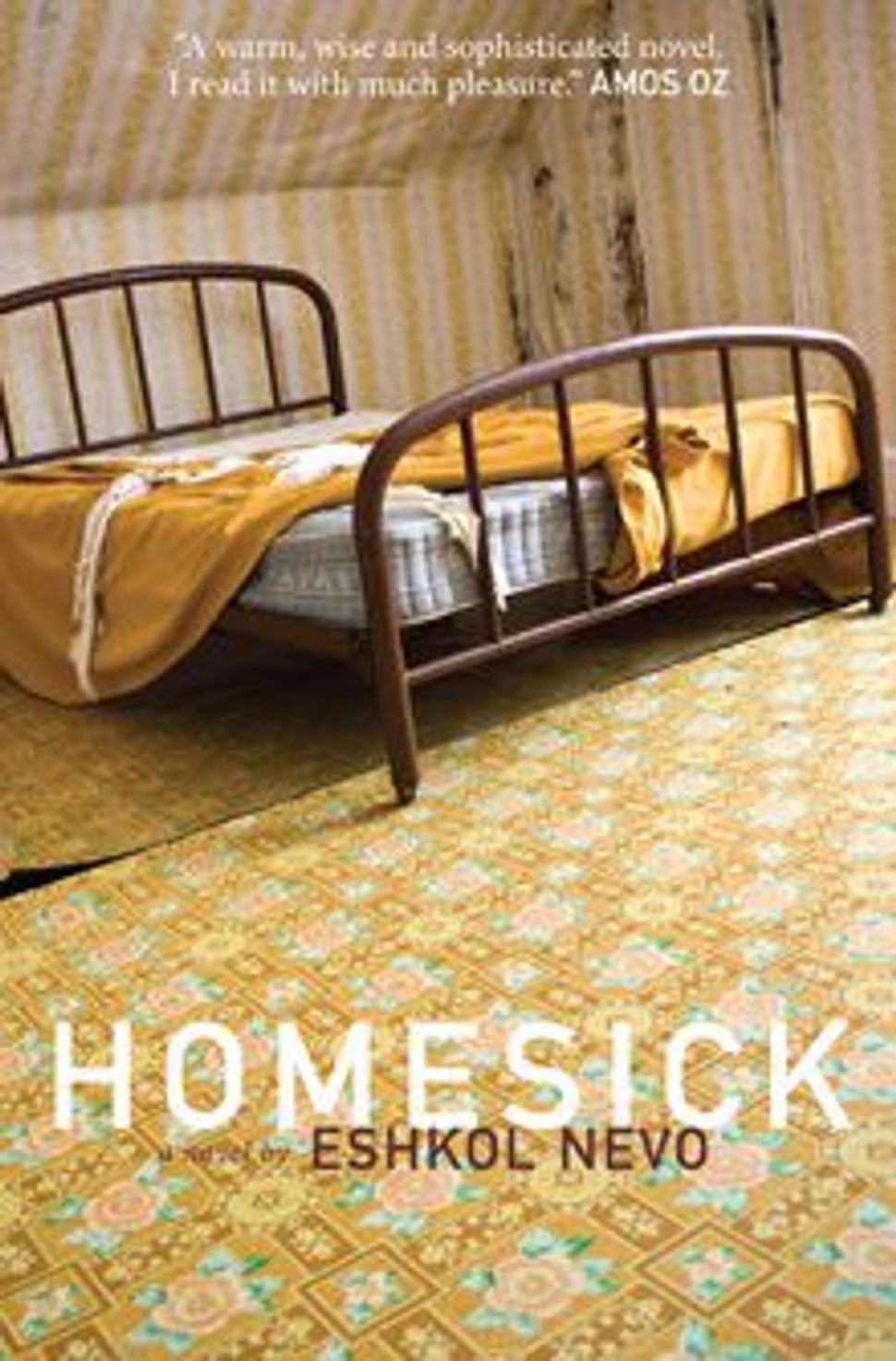 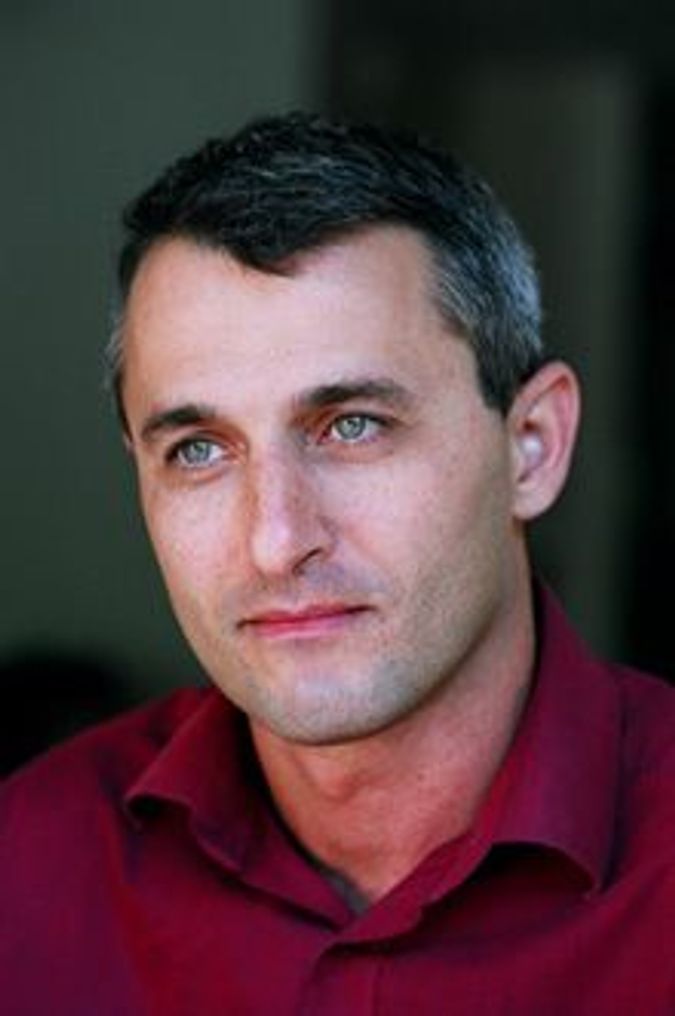 Ahead of the publication of “Homesick” in the United States, Israeli novelist Eshkol Nevo is in a contemplative mood. Talking about his books abroad affords him the opportunity to “look at one’s county from the outside.” The natural instinct, to be wary of criticism — particularly when not grounded in any obvious reference point — is tempered by engagement with foreign audiences, and always prompts something of a re-evaluation. “When I get out, I feel more ambivalent; I remember that my picture [of Israel] is not full,” he said in an interview with the Forward. One could say that this is the driving force behind Eshkol’s fiction: the desire to engage unflinchingly with the complexities of Israel’s social landscape, contradictions and all.

It would be fair to surmise that Nevo is not uncomfortable wrestling with the challenges of complexity. “Homesick,” published in Israel in 2004 to critical and commercial acclaim, is an intricate, nuanced appreciation of the intersection between private worlds and public discourse. Set against the backdrop of the tumultuous period following the assassination of Yitzhak Rabin in 1995, “Homesick” switches among the stories of six inhabitants of Maoz Zion, a small village nestled in the hills outside Jerusalem. Noa and Amir are a young couple, students setting up a home together and struggling with the realities of a first serious relationship; Moshe, their landlord and neighbor, battles his wife, Sima, to bring their children closer to religious faith. Across the road, 10-year-old Yotam drifts, as his parents, locked in grief, mourn the death of his older brother in Lebanon; nearby, Saddiq, a Palestinian laborer, works on a construction site while meditating on the fact that the village was once his and his parents’ home before its sequestration and evacuation by the Haganah during the 1948 War of Independence.

Superficially, the six have little in common, but the melancholic thread of longing that binds them together creates a delicate kaleidoscopic portrait of contemporary Israeli life.

Nevo was born in Jerusalem in 1971, the child of two academics and the grandson of the late Levi Eshkol, the third prime minister of Israel. He lived a peripatetic childhood, moving across Israel constantly, and living, for a year, in the United States. By his own reckoning, he had lived in “12 or 13” homes before the age of 18; this rootlessness strongly influences his writing. “When I was writing ‘Homesick,’ you could say that I was preoccupied with the question of home: Where is my home, what is my home?” Nevo said. He evoked an interesting metaphor: “Writing, creative invention, is like lying; but sometimes lying can be the best way to reach a deeper truth.” Nevo now lives with his wife and two young daughters in a small city half an hour from Tel Aviv. Does he now feel that he has found “home”? “I finished ‘Homesick’ three months before the birth of my first daughter,” he said, “and parenthood is very…nesting.” Lingering ghosts from the past have now been laid to rest. “Home for me now is where my daughters are: Here, elsewhere in Israel or, indeed, anywhere else,” he said. 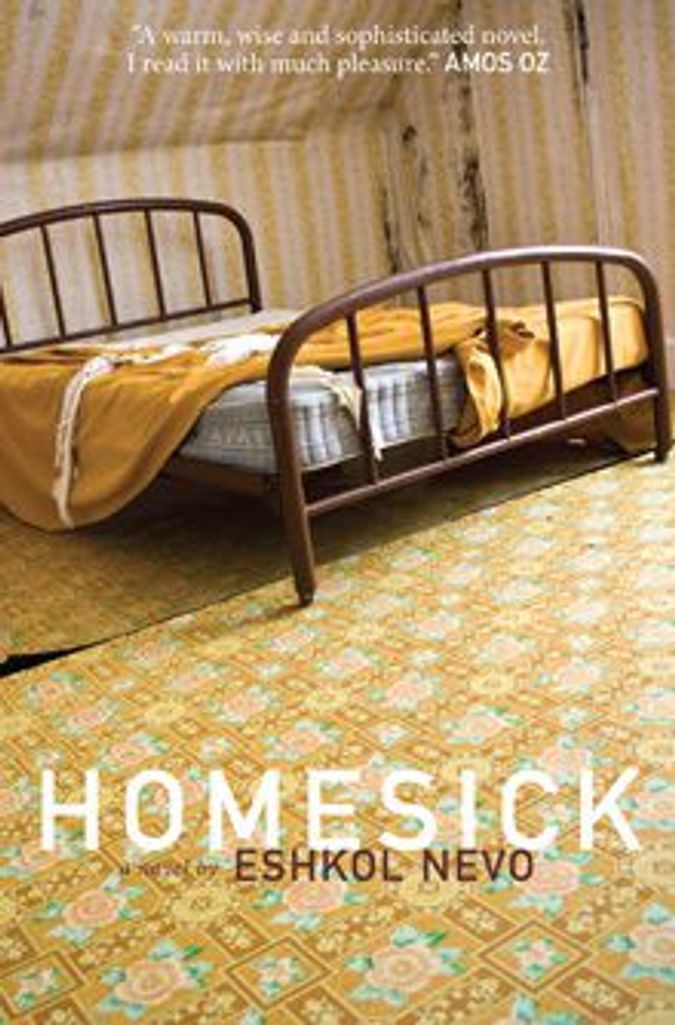 “Homesick” is Nevo’s third book, and the first to be translated into English. A fourth, a children’s book called “World Cup Wishes,” will be published in translation across Europe this summer. And a fifth, a short story for children, “Aba Shel Amalia Nosea le Australia” (“Amalia’s Father Is Going to Australia”), was published in Israel in March. “Homesick” was an immediate success both in Israel and further afield, spending 60 weeks on the Israeli best-seller list and winning several awards, including an Israel’s Book Publishers Association’s Platinum Prize and the FFI-Raymond Wallier Prize at the 2008 Paris Salon du Livre. Nevo considers this success validation of the power of literature — in general — to advance ideas and narratives constrained by the dominant discourse. “Literature brings complexity, brings ambivalence; it creates humanity, gives voices to characters or to aspects of everyday life that are not always voiced,” he said.

Readers — naturally — engage with fiction as they would with individuals; Nevo was particularly struck by the differing interpretations given to “Homesick” within and outside Israel. Abroad, he discovered, readers were often surprised by the depiction of Israelis as everyday people rather than as “the other”: “I was told repeatedly how surprised they were to read that [Israelis] have love lives; that we listen to the same music as they do; that we have conflicts, but that we go on living together,” he explained. But dialogue from within can be as influential in shaping this exotic notion of contemporary Israeli life as anything else. “In Israel, ‘the other’ was the Arab, the Palestinian worker,” Nevo said. “For some, this was the story untold: new, sometimes even provocative.” Nevo describes readings that erupted in fierce argument: “People would demand, ‘How can you write about this and not write about the Holocaust?’”

“Homesick” is part of Israel’s national curriculum for high school students — surprising perhaps, given its candid acknowledgment, if not uncritical wholesale acceptance, of the Palestinian narrative. Nevo thinks that this is a small step, but not enough in itself. “Students read it in school, they read about this Palestinian construction worker and about the Nakba [the 1948 Palestinian expulsion], but then they go to history lessons where there is no evidence, no reflection of this….” he said.

He is modest about the impact of his book, but thinks that its success can help in creating a new narrative in Israeli society. “If I have a mission in my writing, it is to reflect complexity,” Nevo said. “It doesn’t have to be social or political complexity, since basically I am writing about human beings; but I do think that if one is able to accept complexity in any single person, then perhaps one might be able to accept a fuller picture.” Not just of politics, but of life itself.

Akin Ajayi is a freelance writer based in Tel Aviv. He contributes to The Jerusalem Post, The Times Literary Supplement and other magazines.

A ‘Homesick’ Author Finds His Home