Senor Decides Against Running for Senate, Citing Family and Business 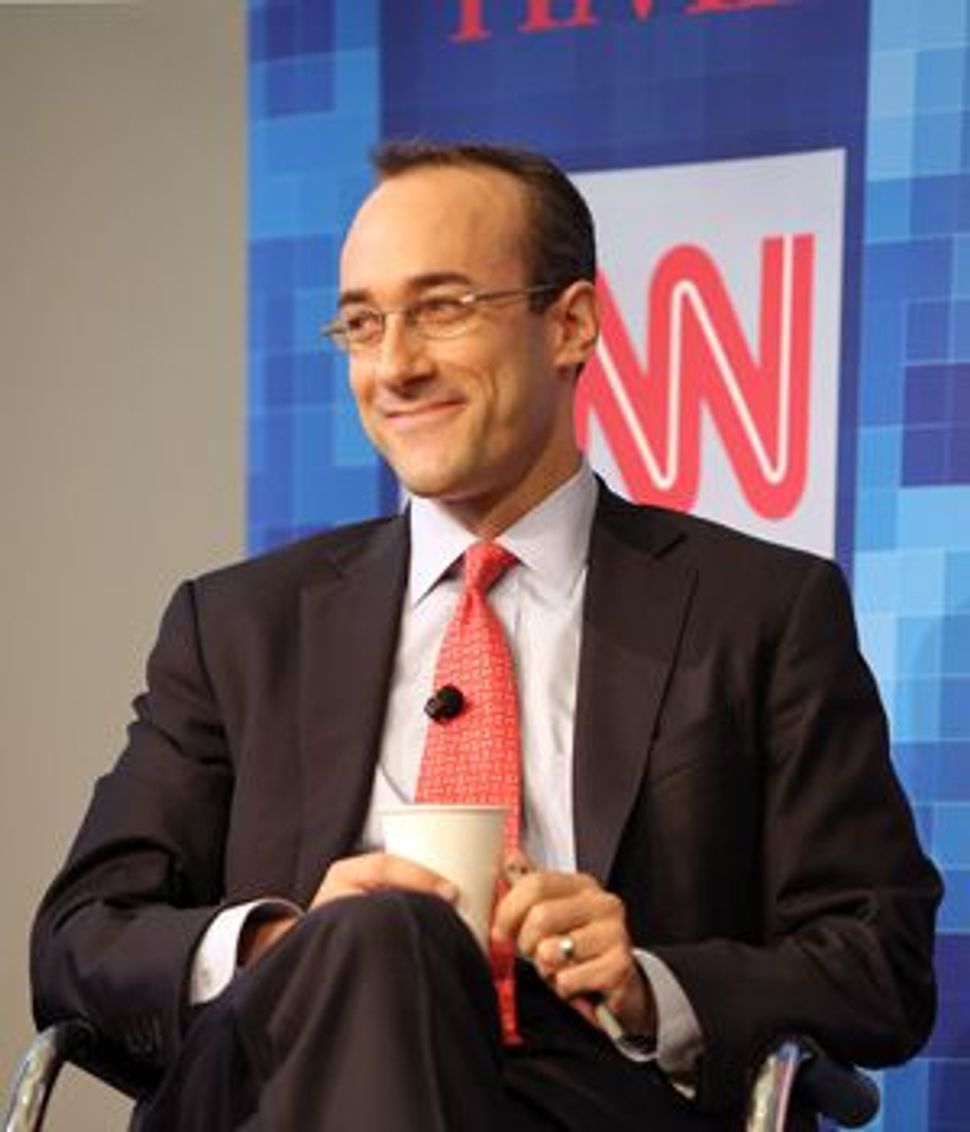 The name Dan Senor triggers two associations in the minds of those people who have heard of him at all.

For some, he will forever be the spinmeister responsible for selling the early years of the occupation of Iraq as a rosy time — even as bombs exploded daily and sectarian violence ripped apart the country. 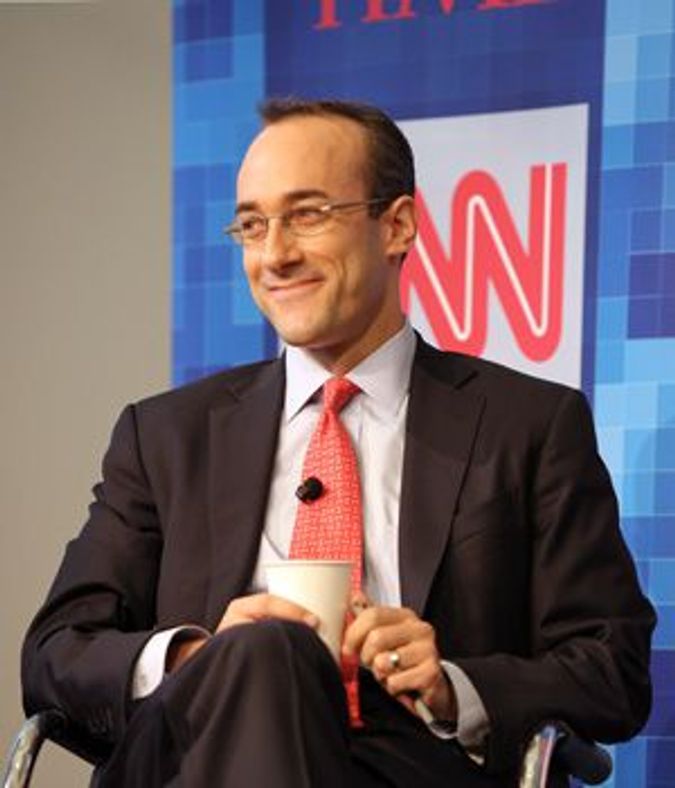 To others, who have seen his blitzkrieg of appearances on television over the past few months, he is the co-author of the best-selling 2009 book “Start-up Nation,” which offers Israel as a glorified economic model for countries seeking to build up their information-technology sector.

He is also, it should be said, the husband of CNN anchor Campbell Brown.

Until March 24, when he announced otherwise, it also appeared that Senor wanted to add to this profile a run for elected office, challenging U.S. Senator Kirsten Gillibrand, a Democrat, as her Republican opponent for a seat as New York’s junior senator.

Senor’s possible run had generated much excitement. The New York Post even reported that the Republican establishment saw such potential in his candidacy that he was being urged to run in New York’s other Senate race this year, against the presumably undefeatable Charles Schumer.

In Senor’s statement, he said that “this wasn’t the right time in my family and business life for me to run.”

Senor’s dropping out makes him now the second high-profile Jewish Republican who has flirted with a run. Mort Zuckerman, the billionaire publisher of the New York Daily News, announced recently, after days of heightened speculation, that he was not actually interested.

Before Senor made his decision not to run, the Forward spoke to a number of New York political observers, both on the Republican and Democratic side, who gave their opinion of his chances and noted some obstacles he might face, given his history.

“I think [Senor] has all the makings of a great candidate,” said John Faso, the 2006 Republican nominee for New York governor. “He has political experience. He has a great academic background. And he has a great business background. He presents himself very well.”

Senor, 38, also has strong connections to the American Jewish world and to Israel, where his sister lives (Senor co-wrote “Start-up Nation” with his brother-in-law, Saul Singer, a columnist for The Jerusalem Post). As a young man, he had an internship with the American Israel Public Affairs Committee, and today he still maintains ties to the lobby, recently leading a panel at its annual convention. He also studied at the Hebrew University of Jerusalem while in college.

“Start-up Nation” presents Israel in an extremely positive light as a bastion of entrepreneurial spirit and technological achievement. It skirts a discussion of the conflict with the Palestinians, or even the wealth inequality within Israel, thereby dovetailing nicely with recent public relations efforts by Israel to shift attention away from its problems and toward its achievements.

Senor also has close ties to the neoconservative intellectual scene. His first job in Washington was working as an aide to Senator Spencer Abraham, a conservative Republican from Michigan, in the mid-1990s. Senor then went to Harvard Business School and, two years after graduating, in 2003, joined the Bush administration as White House deputy press secretary. More recently, he started a think tank, the Foreign Policy Initiative, with two of the most prominent neoconservative thinkers, William Kristol and Robert Kagan.

But his most high-profile position so far was his time as spokesman for the Coalition Provisional Authority and as adviser to L. Paul Bremer, its administrator. In his memoir, Bremer described Senor as “one of the most talented communications experts I’d seen in 40 years.”

It’s this history that had even Republican political consultants privately saying that Senor could have a challenging time in a general election campaign. Senor became the face of the CPA at a time when its blunders piled up, one on top of another. While trying to present a picture of Iraq as having attained stability, Senor often looked like he was ignoring the reality that was plain to anyone paying attention to the mounting death tolls.

A recent column in The New York Times has already drawn attention to a quote of Senor’s captured in Rajiv Chandrasekaran’s recent account of life in Iraq’s Green Zone, “Imperial Life in the Emerald City.” While talking to a group of journalists in 2004, in the middle of a period of intense violence, Senor reportedly said: “‘Off the record: Paris is burning. On the record: Security and stability are returning to Iraq.’”

Democratic political observers who spoke to the Forward said that this association with an unpopular war would be a serious problem for Senor.

“Iraq doesn’t just present an uphill battle for him,” said George Arzt, New York political consultant. “It’s a Mount Everest battle.” Arzt went on to say: “When America makes a mistake, most of the population is willing to defend against that mistake by forgetting about it. No one wants a guy who will remind them.”

Not surprising, Republican consultants downplayed the importance of Iraq as an issue of significance in the 2010 race. They pointed instead to the focus on jobs and to the economy as the dominating concerns.

Senor’s book would have presented him with a good platform, many of these consultants said. It offers prescriptions for how to instill a spirit of entrepreneurship and creativity even in the most difficult conditions, a message that might resonate in today’s economic climate.

Even his Iraq experience, some suggested, could have been turned into a plus.

“People want to know why we’re still there and what the path out is and what kind of progress is being made on the ground, and Dan can speak to that,” said Kellyanne Conway, a Republican strategist and pollster, prior to Senor’s announcement. “New Yorkers like an intellectual debate, and he is up to the task. He’s so smart, it might disqualify him from the Senate.”

Senor Decides Against Running for Senate, Citing Family and Business