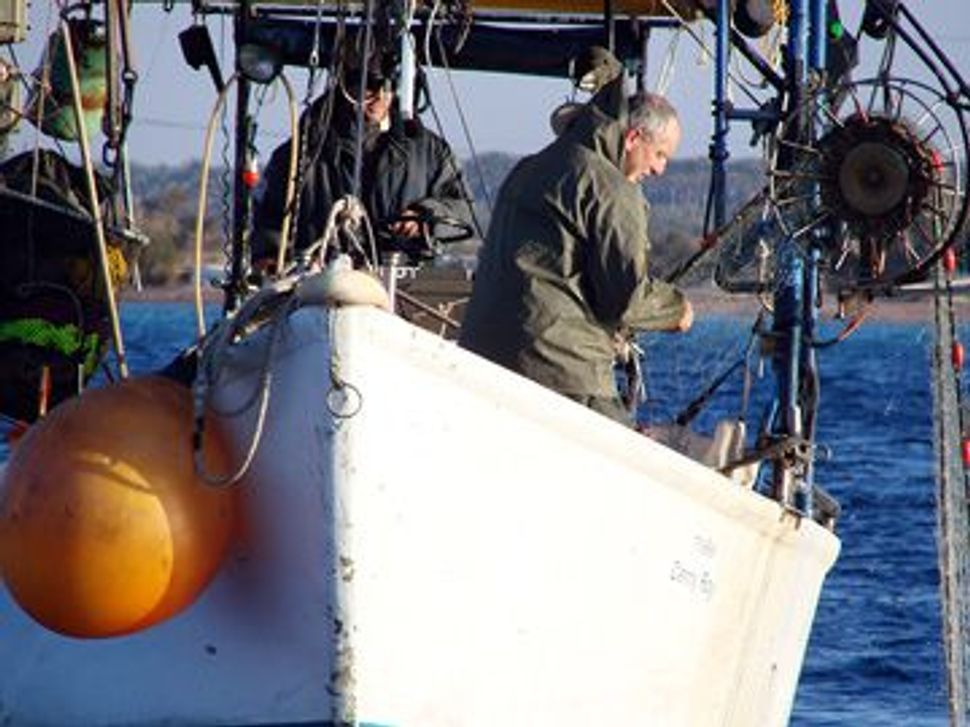 A Smaller Catch: Fisherman on the Kinneret are facing a steep drop in the numbers of fish, but experts disagree on what to do. Image by courTeSy oF The ISrAeLI MINISTry oF AGrIcuLTure

Israel will soon ban one of the Galilee’s most ancient professions: fishing on the Kinneret.

The Kinneret, also called the Sea of Galilee, has always been known for its plentiful stock of fish. “The density of the shoals of fish in the Sea of Galilee can scarcely be conceived by those who have not witnessed them,” the 19th-century English clergyman and explorer Henry Baker Tristram wrote after visiting. 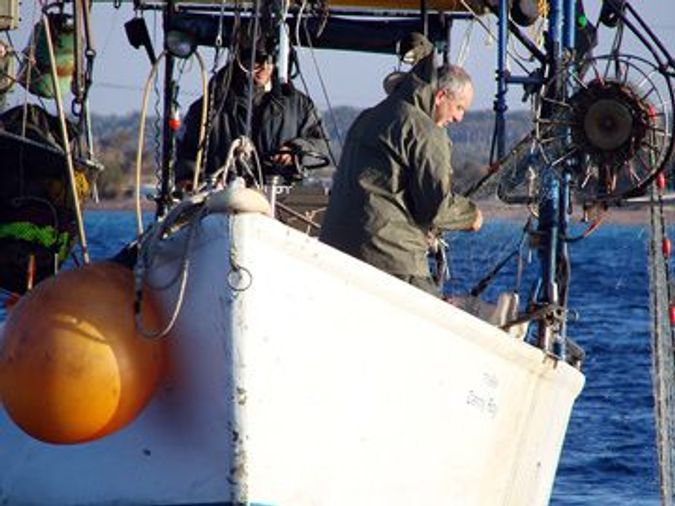 A Smaller Catch: Fisherman on the Kinneret are facing a steep drop in the numbers of fish, but experts disagree on what to do. Image by courTeSy oF The ISrAeLI MINISTry oF AGrIcuLTure

But in recent years, there has been a dramatic drop in the fish population. Before 2005, 330 tons of its most common species, the Galilean St. Peter’s Fish, were caught yearly. Last year, the total was down to 9 tons.

This has prompted the government to impose a two-year ban on fishing in the lake, which is expected to come into force in early April. “We are just before a catastrophe, and that is why we have decided to stop fishing,” Chaim Anjioni, director of fisheries at the Ministry of Agriculture and Rural Development, told the Forward.

Empires have come and gone, and the Kinneret’s shoreline has changed continually, but for thousands of years,

fishing boats have been one constant in the view looking out on the lake.

It is believed that in biblical times, Joshua felt compelled to order the Tribe of Naphtali, which controlled the lake, to share its spoils and let anyone who wanted to fish there do so.

Many New Testament stories are set by, or even on, the lake, and because of Jesus’ connection to the Kinneret, his words are replete with fishing imagery. At least four of the disciples — James, Andrew, John and Peter — were Sea of Galilee fishermen. And in the course of his work, Peter found the fish that, according to the famous story, had a shekel in its mouth.

Today, tourists flock to the shoreside restaurants to sample the fish that Peter supposedly caught. It is the most common Kinneret fish: the Sarotherodon galilaeus galilaeus, a kind of tilapia that has been dubbed St. Peter’s Fish.

Anjioni presents himself and his ministry as guardians of this heritage and of the interests of today’s fishermen. The ministry’s decision, he said, was taken to “ensure [that] fishermen can earn from the lake not just for one or two years, but for many years to come.” But many fishermen bitterly disagree, and say it is the government that is largely responsible for the current state of affairs.

“The government is guilty because it did not maintain the lake properly,” said Menachem Lev, a Kinneret fisherman for 31 years. Like those who work on all 70 licensed Kinneret fishing boats, Lev will be expected to work on communal projects in TiberIas, such as painting public buildings, in return for compensation for lost income during the ban.

Anjioni and the fishermen agree on some causes of the fish shortage. They agree that nearby fish farms are a problem because they have scared away birds from their pools. This had led some 6,000 birds to head to the Kinneret regularly to fish. Anjioni and the fishermen share a concern that the falling water level is giving fish less shelter to lay their eggs. And they also concur that environmental measures to manage the basin of the lake have had the side effect of reducing the water’s nitrogen, the substance that nourishes algae that fish in the Kinneret eat.

But the fishermen say that the fish population needs a large annual introduction of fingerlings, and they claim that the government’s decision in 2002 to significantly reduce the number of fingerlings is a major contributor to today’s problems.

During the 1980s and ’90s, about 5 million to 6 million fingerlings of the most important and profitable species, the Galilean St. Peter’s Fish, were introduced annually. Today the figure is 1 million.

Despite its reduction in fingerlings, the government places much of the blame on the fishermen. Anjioni said that many of them use nets with smaller holes than are permitted by law, while the size of the nets themselves exceed legal limits. This results in huge hauls of very young fish that are below the legal size limit and have not had a chance to breed. Anjioni also pointed out that there are several cases each year of fishermen releasing a poison called Tionex, which either stuns the fish or kills them. Meanwhile, the toxin temporarily contaminates the water, resulting in mass kills of fish too young to be legally caught.

Each side in this debate has its own fisheries experts. Assaf Sukenik, acting head of the Yigal Allon Kinneret Limnological Laboratory, backs the government. A return to introducing large numbers of bred fish, as the fishermen demand, would lead to the Kinneret’s fish population becoming too genetically similar, Sukenik, said. The resulting stock would be weaker and less well equipped to cope with disease and with climate changes, said Sukenik, whose lab is part of the not-for-profit governmental corporation Israel Oceanographic and Limnological Research.

But Moshe Gophen, a former Kinneret Limnological Laboratory senior researcher and author of the recent study, “Long Term Processes in Lake Kinneret,” denies that there is any danger in heavily stocking the lake. In fact, Gophen, who today heads the Limnology and Ecology of Wetlands and Freshwater Reservoirs research group at the Migal Galilee Technology Center, views such heavy stocking as essential to sustain the population.

At its core, the disagreement is about which is the best route to recovery for the lake. Is it nature or nurture?

Anjioni and Sukenik put their faith in nature. “We see many fish, but small ones,” Anjioni said. “The moment we stop fishing and give them a chance to grow, biomass will increase and the lake will recover.”

The fishermen and Gophen say that this approach is too passive. “In the present situation, nature will not be a very good collaborator,” Gophen said. “It has to be managed by human intervention.”