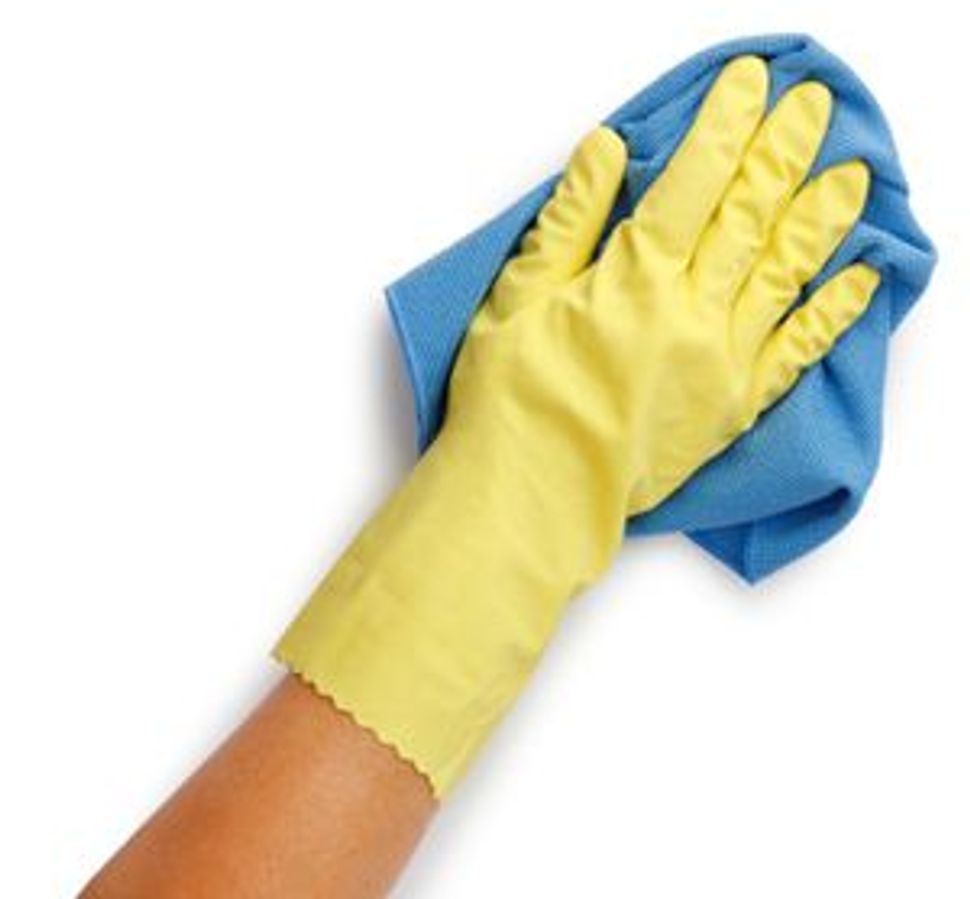 Those Rubber Gloves: The upside of cleaning for Passover.

One day last spring, at 11 minutes to midnight, I was on my hands and knees, scrubbing the kitchen floor. My jeans were streaked with dirt and my hands covered with those chalky, yellow rubber gloves that scream, “I’m in serious cleaning mode, people!” There was something soothing about the rhythm of plunging my sponge into the bucket of sudsy water and attacking the grimy tile. And heaven knows, I needed some soothing; I was waist-deep into preparing my kitchen for Passover for the first time, and I was terrified. 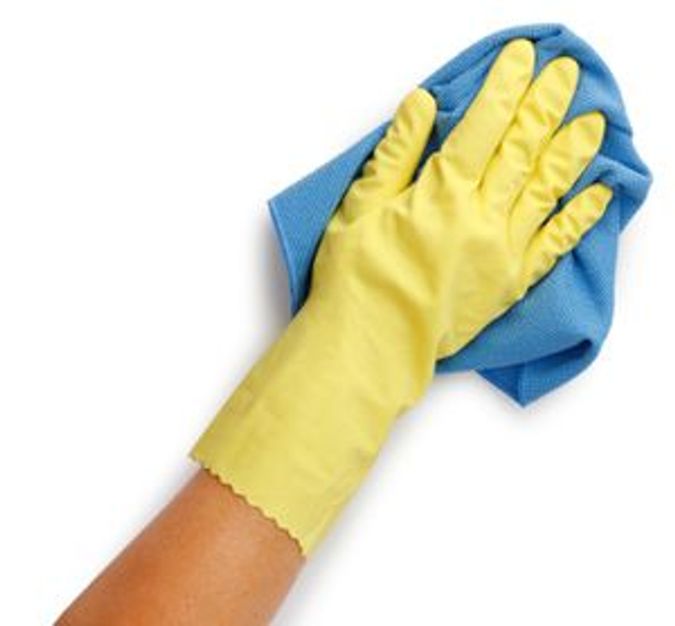 Those Rubber Gloves: The upside of cleaning for Passover.

As a home cook who had done my share of scrubbing beet juice from the grooves of cutting boards, and coaxed stubborn islands of cheese from the bottom of lasagna pans, I admittedly should not have been so intimidated by a little cleaning. But getting ready for Passover felt like serious business. On top of the usual kitchen cleaning, every last crumb of bread, which is forbidden during the weeklong holiday, needed to be accounted for. If a rebellious Kashi flake fell through the cracks, my home would be unfit for the celebration. To crib from the Hebrew National hotdog packages, Passover cleaners “answer to a higher authority.”

Growing up in Chicago, my mother was always in charge of our family’s Passover preparations. Weeks before the first seder, a look of determination would set on her brow. Beginning with the cupboards she would start to purge: removing packages of crackers and cereal and packing them away in cardboard boxes. Next came the refrigerator, which lost all trace of its bagels and hamburger buns. Wet cloth in hand, she then set to wiping down the fridge with the same sure, proud movements that a neighborhood father used when waxing the family car in his driveway.

As the big night drew near, my mom would return from her annual pilgrimage to Hungarian, the kosher supermarket that’s an hour’s drive from our house. As soon as the bags were unpacked, the kitchen sorcery began. She wielded her stainless steel knife like a wand to perform strange feats of culinary alchemy. Piles of bald, pink chickens morphed into fragrant pots of soup. McIntosh apples slipped easily out of their peels before being chopped and stirred with cinnamon and toasted walnuts, while entire cartons of eggs were boiled and set to brine in saltwater baths. And no matter how full the fridge became, she always managed to wedge in another bowl in her own private game of kitchen Tetris.

Twenty-four hours before guests arrived, she and my dad would stand at opposite ends of the dining room, coaxing our creaky antique table open wide enough to add in the extra leaves. Then, with a sort of pregame grace, my mom would float a white tablecloth over the mammoth surface, pausing to straighten a wayward corner.

My only job was to polish the silverware, which spent the other 51 weeks of its life in a velvet-lined box under my parents’ bed. I loved working a rag around the bend of a spoon or between the tines of a fork, unearthing tastes from years past as I made my way through the pile: the tickle of horseradish in my nose, the boxes of sugar-dusted jelly candies shaped like orange slices, or a bottle of Manischewitz wine swiped from the adult table, sweet and syrupy on our lips.

I was always baffled by my mother’s dedication to her yearly rituals. The rest of the year she made grilled shrimp, pork chops and any number of nonkosher delicacies pulled from the pages of her favorite magazines. But for those eight days, our house was a holy temple and she its spiritual leader. Part of her devotion likely stemmed from an inherent love of spring cleaning. But she claimed it was all in memory of her grandmother, Lillian, who had moved with her husband to Brooklyn from Lithuania at the turn of the 20th century, eventually settling further west in the wilds of Minnesota. “Bubbe,” my mother used to say, “liked to read the newspaper, even though she could barely speak English.” In my child’s imagination, I envisioned a sweet-smelling, crinkly-eyed woman — my great-grandmother — wetting her thumb and nodding as she turned the page. Great-grandma Lillian, my mother told me, kept a kosher home all her life. I think cleaning for Passover was my mom’s way of quietly welcoming the memories of her lost family members back to the table.

Now it was my turn. In years past, while sharing a tiny Brooklyn kitchen with three roommates, I had put off cleaning and survived the week on sandwiches of matzo, cream cheese and banana, eaten off of paper towels. But now that I was a newlywed celebrating my first major Jewish holiday with my husband, the kitchen had taken on a new significance, holding within its walls the weight of family and an unspoken promise to keep alive an ancient tradition.

Part of me felt burdened by the responsibility and wished I could awaken to discover everything already gleaming and ready to go. Instead, I dug out the forgotten ends of baguettes from the freezer, brushed crumbs from the cabinet corners and poured kettles of boiling water over the counters. I stocked up on cheese and waxy potatoes — a blessed bit of substance during the mostly starch-free holiday — and baked trays of coconut macaroons to make our cleared-out pantry feel less bare. My husband vacuumed the living room rugs and brought home new pots and pans that we would designate for Passover use. More than once, I called my mom in a near panic over one detail or another. I sighed a lot, and hoped that we were doing everything right.

And then, somehow, the day before Passover arrived. With a rush of exhaustion, I stood in the kitchen doorway and let my weight sink into the frame. In front of me, sunlight spilled across the counters. Inside the cupboards, unopened boxes of matzo patiently awaited their debut. Standing there, I realized that life presents us with many moments when the things we took for granted as kids become ours to care for. And to my surprise, I realized that by saying goodbye to the freedoms of youth, we sometimes gain something even better: a connectedness to family, a connectedness to heritage.