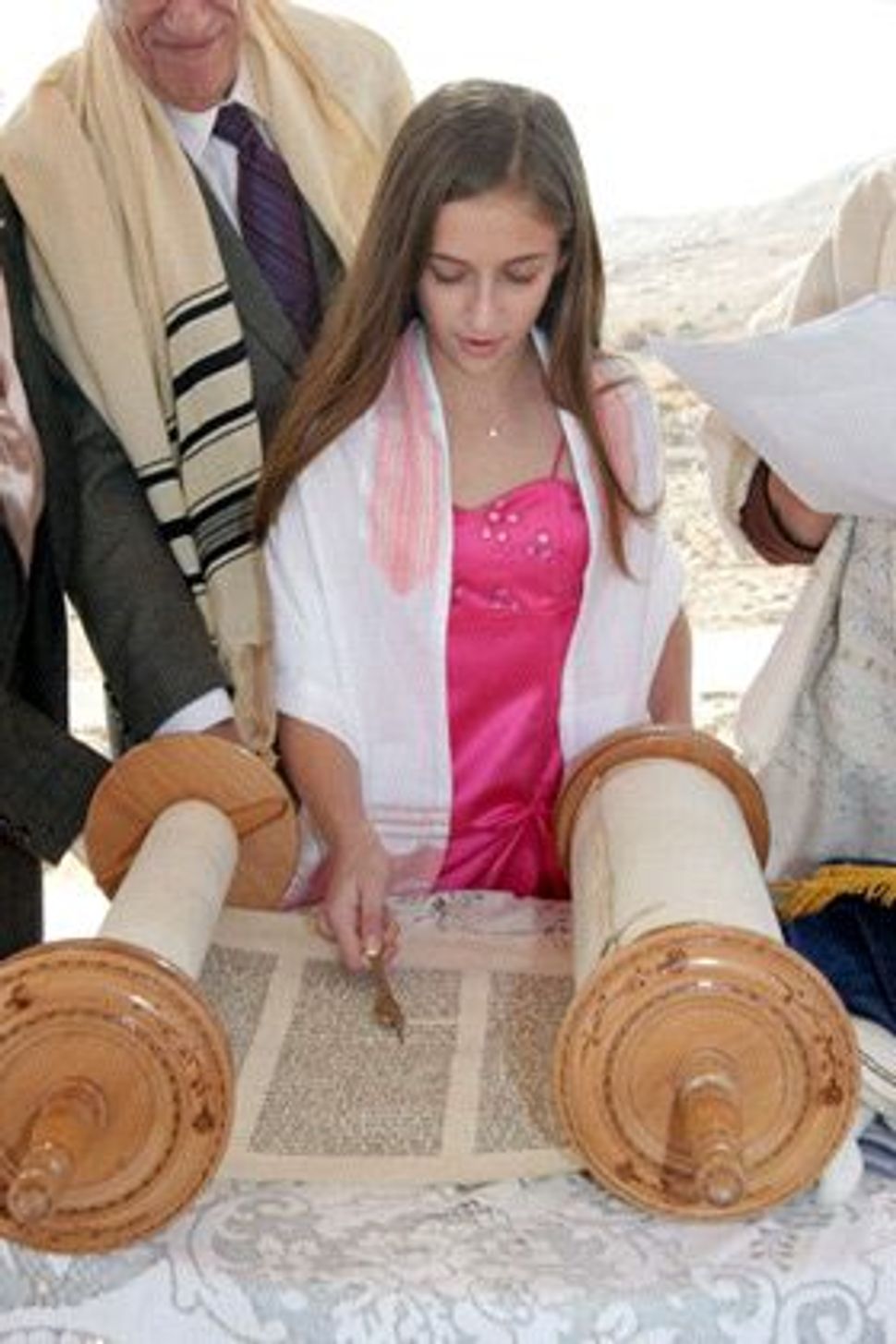 Proud Pappy: Gerald Eskenazi and his granddaughter, Alexa, during her bat mitzvah at Masada. Image by ANNA ESKENAZI

It used to be so simple: On Sunday mornings I’d go upstairs to my grandma’s part of the house, snuggle in bed with her and sing “You Are My Sunshine.” How she kvelled.

But being a grandparent now involves, for many of us, trans-Atlantic baby-sitting, or jetting down to Florida, or perhaps learning the shorthand of texting. In this new world, I have just completed a latter-day odyssey — five countries, 30 days, three continents, a bar mitzvah and a bat mitzvah, two speeches.

Long-distance grandparenting is a phenomenon of the modern world, of globalization, of families communicating via Skype rather than by opening the window and shouting across the courtyard. Imagine, grandparents traveling to see their grandchildren. It has changed the dynamics of family life. 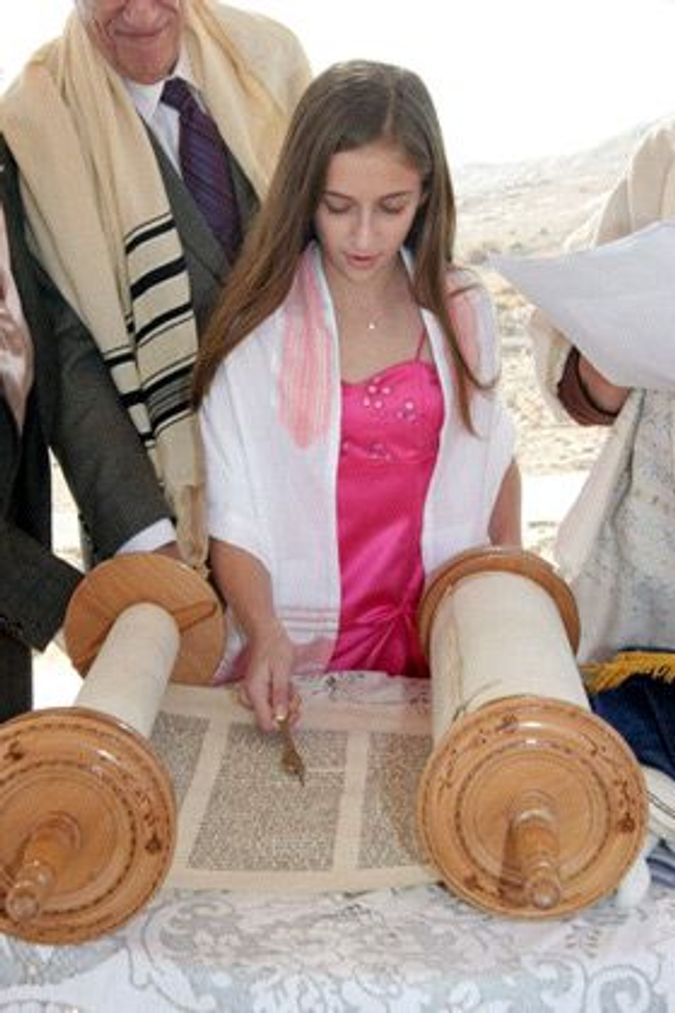 Proud Pappy: Gerald Eskenazi and his granddaughter, Alexa, during her bat mitzvah at Masada. Image by ANNA ESKENAZI

My brood is symbolic of this growing number of families — often with the urging of Grandpa or Grandma — that gather a dispersed clan for get-togethers. Today, families are spread across continents, not neighborhoods. And yet, a marketing professional told me that there is now a greater urgency for families to hold one another closer. This was especially accelerated in 2001, after the events of September 11.

My wife and I have four grandchildren, two each in London and Florida. So it is not uncommon to find my wife, at 2 p.m., peering at her computer screen, upon which, thanks to Skype and a webcam, the London grandkids appear. It is five hours later there, but we are having a conversation about their school day, and my wife says the same things each time we click on the computer: How is school? What are you doing? How are Mom and Dad? We miss you.

Going beyond screen-to-screen meetings, my 9-year-old granddaughter, Jane, has started a blog. So if we want to know that she brushed her teeth before going to bed, we log on.

So, to my overseas adventures, the first of which — my grandson Corey’s bar mitzvah and reception — took place in London, where more than 80 Americans showed up.

At the bar mitzvah party, a Queen Elizabeth look-alike posed for pictures with everyone. I sat with Corey’s old nanny, whom my daughter, Ellen, had flown in from Brooklyn. Dinner was in a grand old hotel, in a library big enough for more than 100 people. It was very British, yet very warm.

Back home again, we barely adjusted to the time difference when it was off to Israel and my granddaughter Alexa’s bat mitzvah at Masada. More 21st-century complications: A wicked December snowstorm canceled our flight out of Kennedy International Airport. We shifted to an early morning flight to Toronto, then took off for Tel Aviv.

Why Israel? My son, Mark, and his wife, Anna, and their kids live in Delray Beach, Fla. They wanted a deeply religious experience that also would combine a sense of historical relevancy and perspective.

The only thing wrong with that scenario is that neither they nor any of the grandparents live in Israel, nor do any aunts or uncles. So Aunt Ellen and family left their London digs and flew to Tel Aviv. Uncle Mike scooted over from the West Side of Manhattan to Newark Liberty International Airport, changed planes in Milan and went on to Israel.

While we did have the immediate family, there was a dearth of our cousins and friends — you know, the grandparents’ friends and older relatives. Their absence was a casualty of our modern age.

Yet despite the travel, I found we hadn’t felt this close since our own children lived at home before going off to college. We were all far from home, leaning on one another.

Long-distance grandparenting can be tricky, even exhausting. But my own grandparent memories are among my fondest. Yes, it’s often a trek, but it is worth it when the hugs are given. After all, a grandparent’s love has its own, unencumbered impact.

So now, just weeks later, I look back on these two memorable moments, so far away, so far apart, yet as close to me as my own bar mitzvah, 60 years ago. But if only the kids could snuggle with me on Sunday mornings.