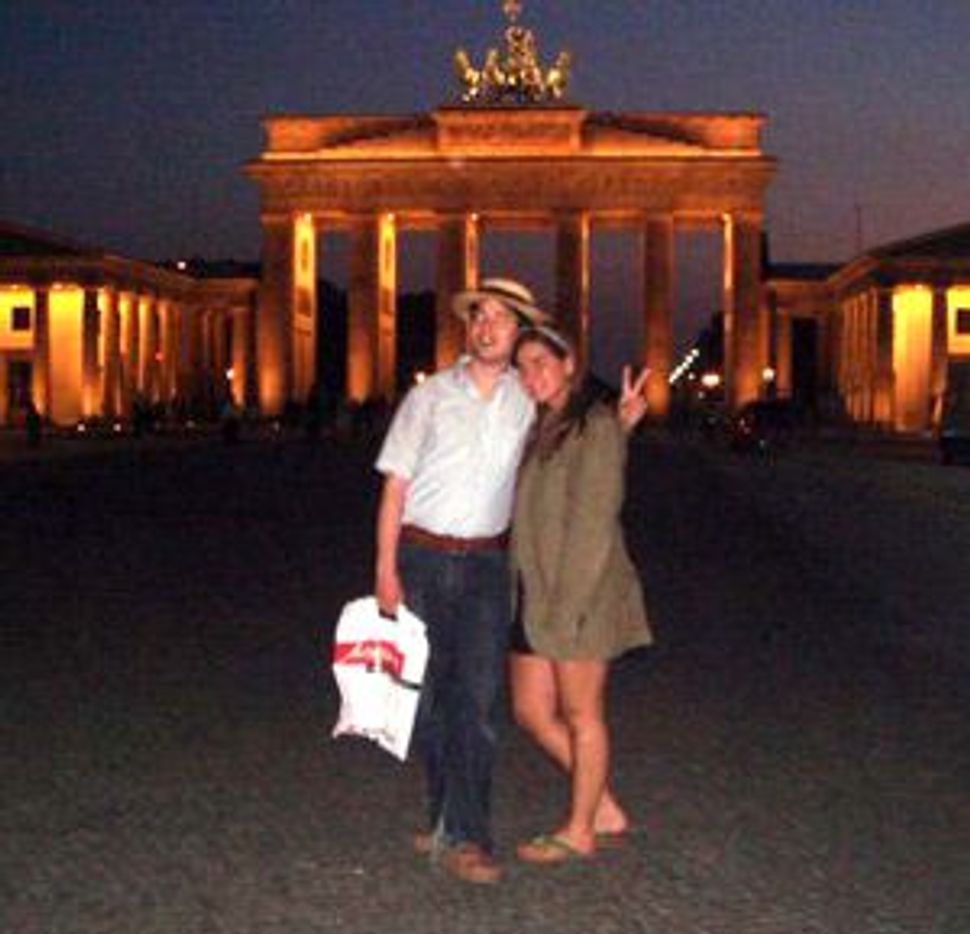 Four hours before my flight to Berlin is scheduled to depart from JFK International Airport, I stand at the check-out counter of Zabar’s, attempting to lift three overstuffed shopping bags. They contain $150 worth of coffee, babka, bagels, rugelach, hard salami, chocolate and smoked salmon — all Zabar’s own house brand — plus Melinda’s hot sauce and some aged Kilkenny Irish cheddar cheese. 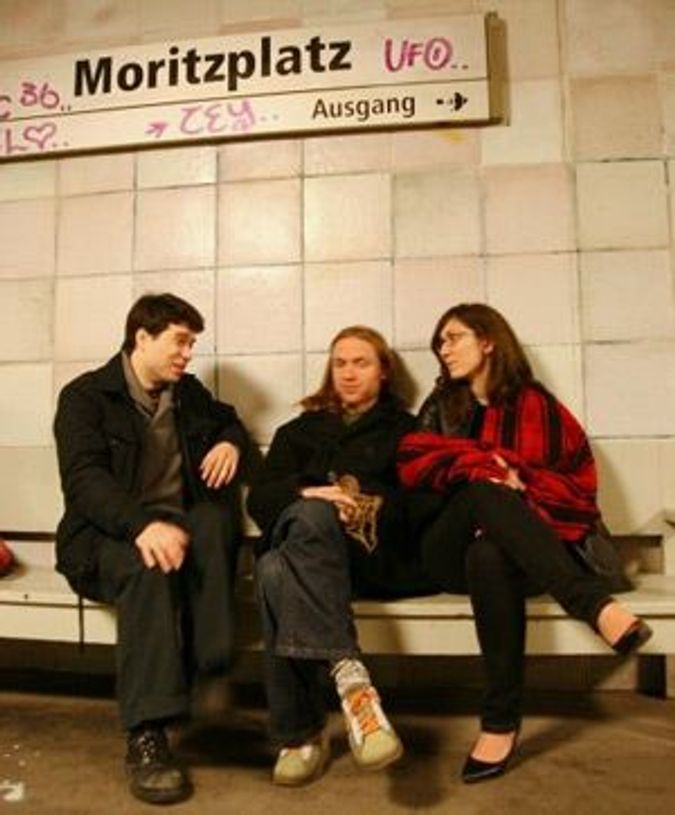 My eldest son’s Zabar’s wish list arrived via e-mail the week before, reassuring me that New York still possesses some amenities he considers vital for survival. The money I spent on the goodies (and later at the airport, for extra poundage) was a down-payment on an insurance policy of sorts, an investment in the hope that one day soon, Adam would conclude his Berlin adventure and return home.

That evening’s flight constituted my fourth trip to Berlin in as many years — each one a direct result of my son’s presence there. Other European cities have a stronger claim on me. But Berlin is undeniably fascinating, filled with a raw and gritty energy. Each new journey there has provided me with another opportunity to peep at my son’s life in the bohemian bowels of this pulsating, paradoxical, problematic city. 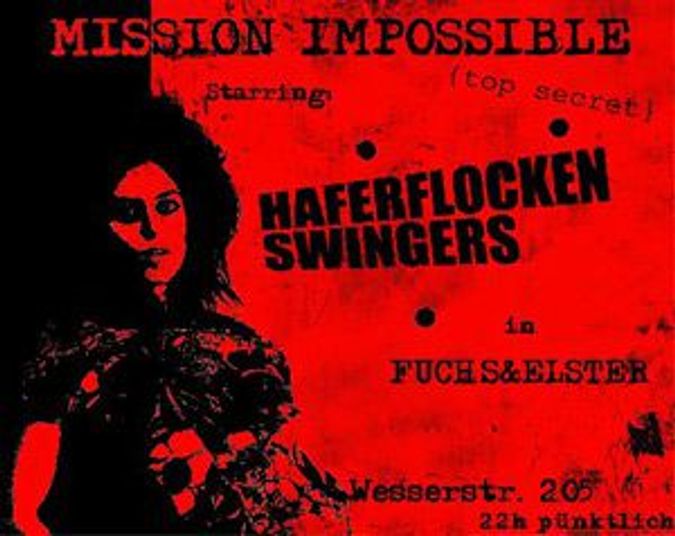 “Berlin’s like Paris in the ’20s, when Hemingway and Fitzgerald and everyone lived there!”

“Prague is so over. The new expat hangout is Berlin!”

And then there are the other things one associates with Berlin. 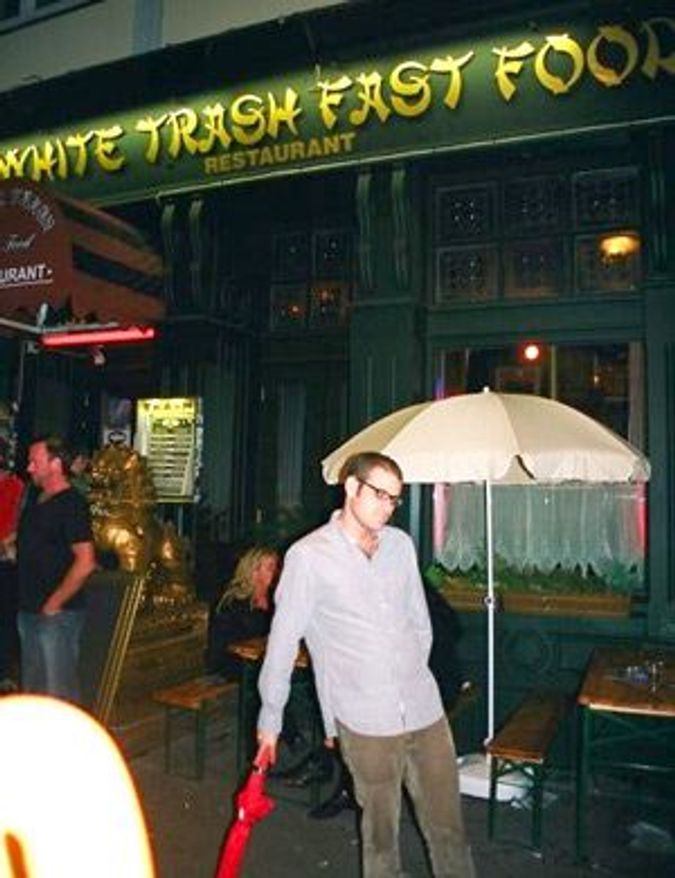 It is bitter cold when I arrive — an aggressive, penetrating cold that feels metaphysical, linked inextricably to the city’s history. A thick layer of snow covers everything. The sidewalks are not shoveled. Adam’s charming Kreuzberg apartment is heated by two coal ovens, one located in each bedroom.

Three times a day, we feed these ovens the bricks of coal that line the hallway of his apartment. Yet my internal chill persists. I sleep in my clothes, too uncomfortable to disrobe. Crawling into bed at night, I pull the down blanket over my head, wondering how anyone survived even one night in the unheated bunker of a concentration camp, dressed in thin garments, starving, exhausted, terrified.

Holocaust awareness often invades my consciousness in Berlin, reinforced by the external reminders — the bronze street plaques marking sites where murdered Jews once lived, the numerous memorials to the Shoah, reminders of the Reich. Even the electronic signs announcing the arrival of trains on the U-Bahn remind me of the German penchant for timeliness, of trains taking away Jews and other undesirables, all on schedule.

But for my son, the Shoah appears to pose no such issue; indeed, he is especially drawn to Berlin, where he is a part of the city’s thriving expatriate youth culture.

Having developed an obsession with German culture when he was a high school student at Ramaz, a Manhattan Orthodox day school, Adam announced his intention to live in Berlin following his 2007 graduation from Columbia University. He had already visited several times, once on a fellowship. He was conversant in the language. Four of his college buddies were going with him. His father and I agreed, with trepidation. 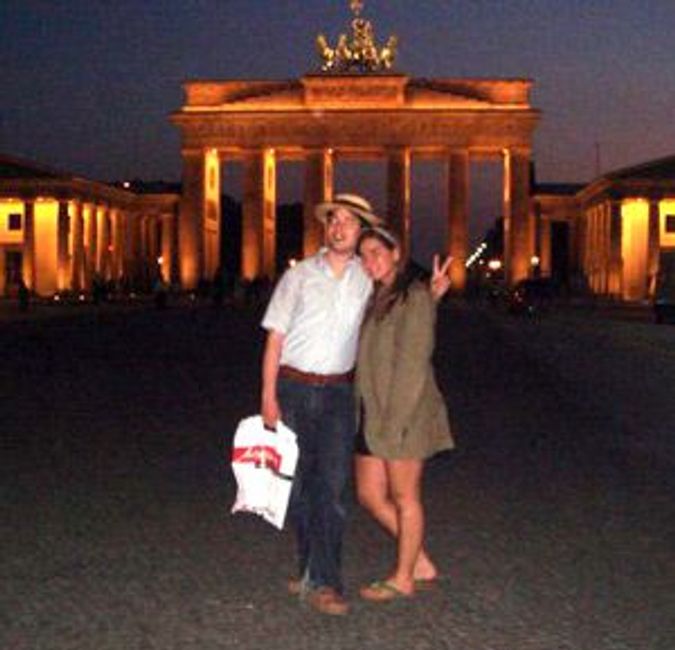 While there, Adam has been working as a freelance journalist, writing about film, opera, classical music, theater, and art and culture, under the byline A.J. Goldmann. My repeat trips have enabled me not only to supply my son with delicacies from Zabar’s, but also to observe the subculture he inhabits.

The expat youth culture of Berlin is a tangible life force of the city: waking midday, filling the free universities, rolling cigarettes with the natives, populating the Internet cafes, dominating the nightlife, supporting the cheap clubs and bars, spilling into the U-Bahn in the wee hours of the morning, smoking, smoking, smoking, living in squats and in sublets and on sofas, connecting through Facebook and couchsurfing.com and Craigslist and the friends of friends of friends.

Dead to the world until noon most days, Berlin’s young expat hipster scene is fueled by the cheap overhead. If you have a few euros in your pocket, you can live comfortably. If you have no euros in your pocket but know people, you can live passably, getting into clubs and cafes without the traditional 2 or 3 euro admission, riding the U-Bahn for free (until you are caught), borrowing from friends if you need to drink, mooching or drawing your pocket money from public assistance — if you are eligible.

Once upon a time, long ago, it was possible to live like that in New York City.

Though Berlin has been a magnet for young internationals for several decades, the current global economic downturn provides further incentive to stay or, at least, in the case of Americans, to delay a return home to an uncertain professional future. Some of the American expats I met taught English locally or had part-time jobs. One, from upstate New York, was a published author. Another, a waiflike 30-something boy/man, was developing pilots for children’s television. For two years, Adam’s Columbia friends went from squat to sofa in Berlin, earning drinking money by forming a band — The Cowboy Killers — and playing the bars.

And then, there is the matter of free tuition — all the way to the graduate level — and the subsidies one receives as a student. It is even possible to study in English. One of Adam’s friends, a 26-year-old woman from Chicago named Kerri, is studying for her master’s in American studies at the Freie Universität. At a crowded lecture at Humboldt University, featuring the Turkish Nobel Prize winner in literature Orhan Pamuk, I sat on the floor, surrounded by students speaking English, German, French, Dutch, Hebrew and other languages I couldn’t even identify.

Everyone is broke, but then again, everyone is out drinking and partying. I got a taste of the scene at a crowded, good-natured Kreuzberg bar called Schlawinchen — where manual laborers in overalls drank side by side with foreign kids — and later on, at a club called Fuchs und Elster (Fox and Magpie), in Neukölln. At the club, down a perilous winding staircase, hundreds of young people were gathered inside a smoky basement that had low lights and sticky floors. Last year, the ground zero of the expat scene was Karmanoia, another subterranean club, but it closed last spring, and the action today is at Fuchs und Elster.

Dancing there to the klezmerlike music of Django Lassi, an Israeli-Gypsy band, I met Ameer, a 26-year-old Kurd from Baghdad who taught co-existence and tolerance through drama. I’m fairly certain that his attempt to pick me up was inspired by the fact that he thought he had found his sugar mommy for the evening. Shortly after 1 a.m., Hayley, a native of Austin, Texas, showed up, stating that she had no money and asking Adam to spot her for a beer. She had been riding the U-Bahn for free for several days, she said, and had a total of 30 euros in her German bank account.

Several hours later, I moved to a sagging sofa to speak with Inga from Brussels, who had worked as a barmaid and was now studying philosophy. When I excused myself to order mineral water at the bar, she whipped out a plastic cup from her bag and handed it to me. “The water in the bathroom is free,” she explained.

Living resourcefully becomes a game in Berlin. If you are traveling for a month, a week or even a day, you can make money by subletting your place. If you don’t mind sharing a room, you can make money by inviting someone to sleep next to you. A visiting parent or former professor is your meal ticket. You quickly learn what you can do without — new clothes, quality shampoo, sometimes heat or electricity. Last year, my son endured nearly two months without electricity because his roommate (and leaseholder) neglected to pay the power bill.

At 4 a.m. on a Sunday, I rode the U-Bahn home with Guy, a California-born comic my own age who had worked as an opera singer his entire life. Disgusted with the rigid infrastructure of local opera companies, he was now spending half the year in San Diego making money and the other half living on a friend’s sofa in Kreuzberg, performing stand-up comedy. I met Guy in Mitte, at the Comedy Club Kookaburra, where Adam was also performing his own brand of new-millennium Borscht Belt humor. After the show, we went across Schönhauser Allee for drinks at Volksbar, where we sat talking for hours.

Initially, I was delighted to meet an expat of my own vintage doing the vagabond Berlin thing. How refreshing to be rootless, to be pursuing one’s dreams!

And then I became alarmed.

Could this expat thing go on — forever?