Boxer’s Story on the Big Screen 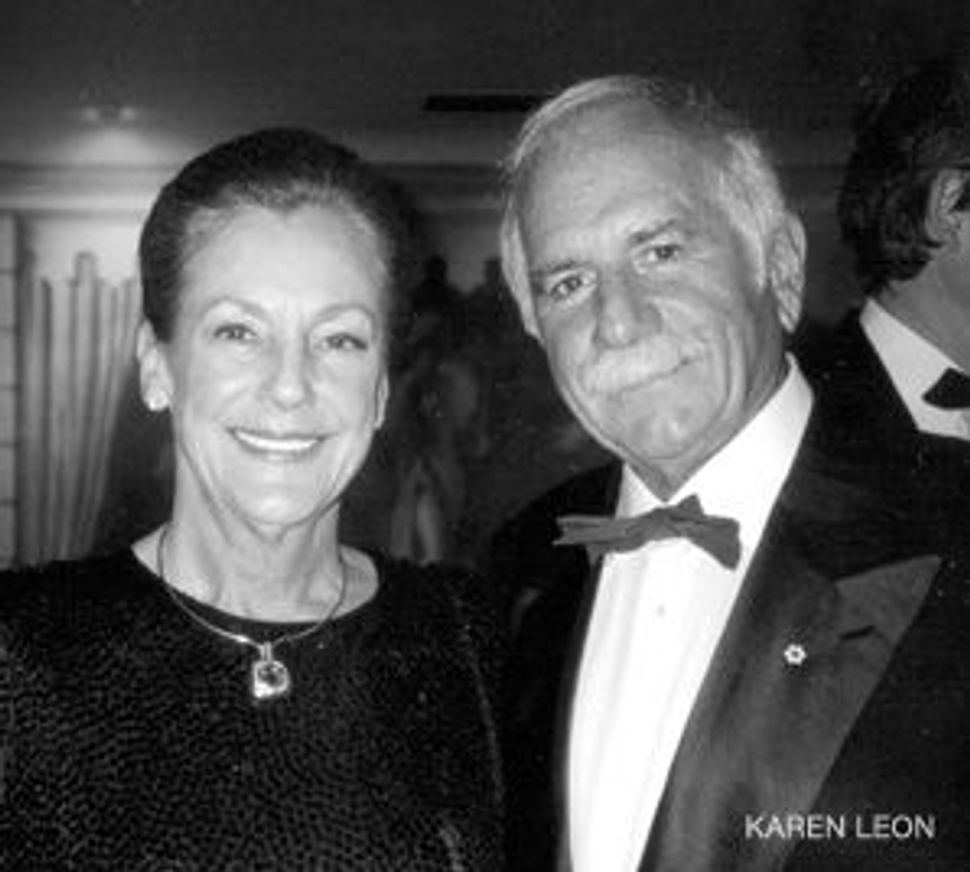 Building Bridges: Alice Walton and Moshe Safdie are working together to create a new American art museum in Arkansas

“ORTHODOX STANCE”: A FRUM MENSCH IN THE BOXING RING 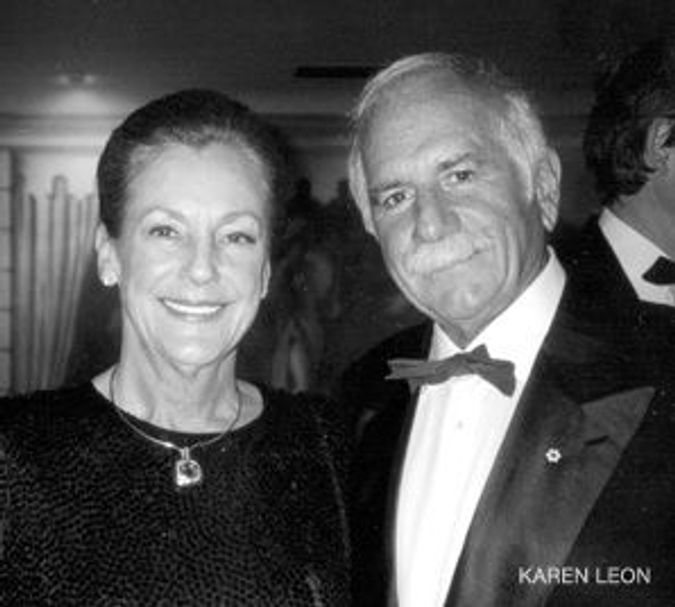 Building Bridges: Alice Walton and Moshe Safdie are working together to create a new American art museum in Arkansas

“How do you get to Carnegie Hall?” that old joke goes. “Practice, practice,” is the reply. So if the question is, “How do you get to the White House?” a possible answer might be: “Box! Box!” Case in point: Jason Hutt’s new documentary, “Orthodox Stance,” which chronicles the life of Dmitriy Salita, a young immigrant from Odessa who moves to Brooklyn and takes up boxing in a gym frequented by black and Hispanic wannabes.

Salita’s up-turned nose would have Tevye questioning his Judaic provenance, but the boxer eats kosher, observes the Sabbath and puts on tefillin daily. His boxing guru is 80-year-old black trainer Jimmy O’Pharrow, and his traveling companion is Chabad Lubavitch Rabbi Zalman Liberov, who keeps him from the seductions of secularism. As bout-by-bout Salita begins to win matches, he acquires fans both old and young. These include bearded Jews, with tzitzit, who are not too upset about the women nearby in the bleachers. Hasidic Reggae singing starMatisyahu makes an appearance at one of his pivotal bouts. In what is a brutal boxing world, Salita’s face remains essentially unmarked as without rancor he causes his opponents to fall. President Bush took notice of this special American success story, and last year he invited Salita to light the Hanukkah candles at the White House.

I almost passed on seeing this film. Boxing as bloody fist-on-flesh combat is not a theme I relish. Still, how can one not have in one’s movie memory bank such boxing “literature” as “Golden Boy,” (1939) starring Lee J. Cobb; “Body and Soul” (1947), showcasing John Garfield; “Champion” (1949), with snarling Kirk Douglas (the film was a run-through for Douglas’s future role as “Spartacus”); “Somebody Up There Likes Me” (1956), starring future salad mogul Paul Newman as Rocky Graziano; the “Rocky” sequels, showcasing still-going-at-it Sylvester Stallone, and “Raging Bull” (1980), in which Robert De Niro replicates pathetic middleweight Jake LaMotta. I drew the line at “Million Dollar Baby” — 2004 Oscar-winning film though it was. A female boxer (Hilary Swank) is a role and image I find viscerally unpalatable.

So why my applause for “Orthodox Stance”? Perhaps it’s Salita’s charm. There is no hate for opponents, no killer instinct. He has faith in his talent, the future and God. He is kind and sweet, yet knocks out his opponents without much fuss and with seemingly minimal bruising. Don’t miss “Orthodox Stance.” Should Salita fight in New York, I may — I said may — consider watching the match.

ALICE WATSON, PHILANTHROPIST, AND MOSHE SAFDIE, ARCHITECT: A MATCH MADE IN ARKANSAS

In an only-in-America shiddakh, world-renowned Israeli architect Moshe Safdie and Arkansas-born philanthropist Alice Walton (daughter of Wal-Mart founder Sam Walton and his wife, Helen) have come together to create a new American art museum, Crystal Bridges, in Bentonville, Ark. Safdie was among the black-tie guests at The Pierre for the January 15 Frederic E. Church Award dinner benefiting the Olana Partnership, which honored Walton. In 2003, when Safdie was honored by the YIVO Institute for Jewish Research, he recalled growing up “a son of parents from Syria, in the early days of Zionism with a sense of tikkun olam — a respect for nature and its scarce resources.” He demonstrated this ethos in his architectural debut — the master plan for Montreal’s 1967 World Expo, with its centerpiece Habitat ’67. The ethos is also manifested in Crystal Bridges. In her acceptance remarks, Walton said, “Art grounded by a place is transformative… art and artists of our past and present must be accessible to all.” A video of the model for the Crystal Bridges Museum of American Art elicited “oohs” and “ahs” from the guests. In the film, a young man, standing on a barren landscape soon to become the museum, declares that he will now be “from the birthplace of American culture… no longer from nowhere.”

Safdie’s design concept for Crystal Bridges includes creating constant dialogues between the building and the fauna and flora of the local landscape. Situated on more than 100 acres of lush natural landscape with sculpture gardens, the museum is envisioned as a premier national art institution dedicated to American art and artists. It will encompass a complex to house lectures, concerts, and educational and library resources. Other Safdie projects include the rebuilding of the Old City of Jerusalem, the linking of the Old and New City, the new Yad Vashem Holocaust Museum and the Rabin Memorial Center. Also on Safdie’s drawing board are the Eleanor Roosevelt College at the University of California in San Diego, the United States Institute of Peace Headquarters on the Mall in Washington, D.C., and six Canadian public institutions, including the Quebec Museum of Civilization.

Post dinner, I asked Safdie how he and Walton found each other. Briefly, he told me he’d been in Los Angeles regarding a library project; Walton, also in L.A., in search of an architect, expressed interest in Safdie’s work. He suggested she visit the Skirball Museum and Cultural Center in L.A. (which he designed). “She then invited me to her site in Bentonville, Arkansas…. There were some issues. I suggested she continue her search and she told me: ‘No. I just ended my architectural search.’ By the end of the day she’d made her decision. It has been a joyous relationship.”

Walton has been involved in corporate finance, banking, and the pursuit of educational excellence on a national and international level. She is an avid horse lover currently living in Texas, where she raises cutting horses and operates the Rocking W Ranch. Walton has helped create Camp War Eagle in northwest Arkansas, a unique summer camp that brings together children of different socioeconomic backgrounds. Since 1971, the Olana Partnership has advocated and supported the conservation, preservation and development of the Olana State Historic Site, which was once the home of Frederic Edwin Church (1826-1900) one of America’s most important artists and a major figure in the Hudson River School of AMERICAN Landscape Painting. Now open to the public, the Olana State Historic House was named for a fortress treasure house in ancient Persia. The dinner journal notes that in “1857, Church’s ‘Niagara’ made him the most famous painter in America and established an international reputation for American art.”

“Everybody is nobody when they come to America,” said New York Association for New Americans Chairman Ken Mazer at the organization’s recent award dinner, held at The Pierre. “Since 1919, NYANA has resettled more than half a million Jews,” Mazur said. “Hungarian Jews, Syrian Jews, Soviet Jews… and always there, ready and waiting, is antisemitism, alive and well.” Itzhak Yehoshua, chief rabbi of the Bukharian Jewish Congress of the USA and Canada, lit the menorah. Uzbekistan-born Joseph Shalamayev, tenor of the Metropolitan Opera, performed. He was accompanied by Ina Leytush, a pianist who got her master’s degree in piano at the Gorky State Conservatory. One of the evening’s honorees was U.S. Congressman from Brooklyn Edolphus “Ed” Towns; the other was Alexandre Gertsman, president of both the International Foundation of Russian & Eastern European Art and American Friends of the Tretyakov Gallery Foundation. In the 1970s, I, as a member of National Council of Jewish Women’s division working with newly arrived Russian immigrants (who depended on NYANA for shelter, food, clothing, furniture), could not have imagined a “success-in-America” evening like this. Nor could we have expected the keynote address by New York State Assemblyman Dov Hikind.

Muting the evening’s celebratory mood, Hikind raged at the resurgence of antisemitism in England, Germany, France and Belgium: attacks; desecrations; the chief rabbi of France telling men: “Don’t wear a yarmulke. It’s like wearing a red flag and you become a target.” His outrage that “Sieg Heil” is now heard once again agitated many in the room — exactly what he wanted. He told of people pleading, “‘Can you make it easier [for us] to come to America?’” Hikind vowed to lead a campaign with members of Congress that would ensure “that Jews need not be afraid to go anywhere in the world.”

Boxer’s Story on the Big Screen