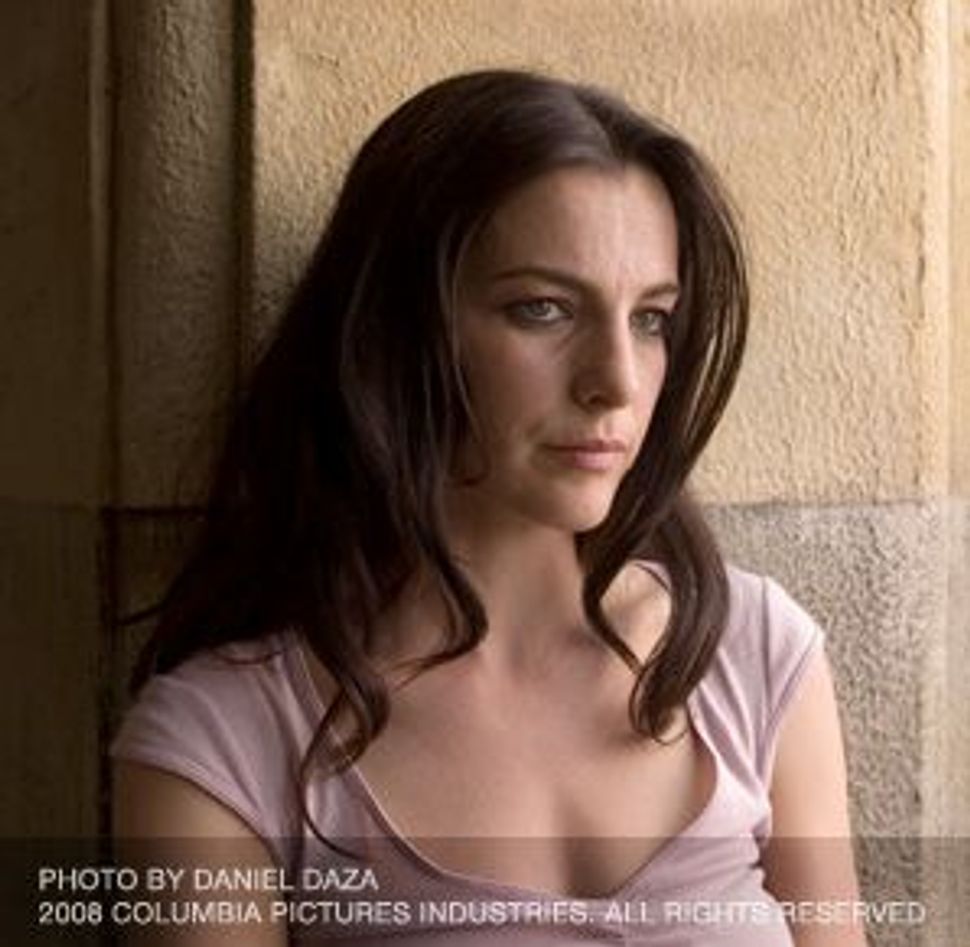 It’s a real-life plotline familiar enough, and perverse enough, that it has become a running joke in the Israeli film industry: Actor forsakes Tel Aviv for the bright lights of Hollywood; actor struggles for years to get a part; actor finally gets cast, thanks to his dark looks and funny accent, as an Arab terrorist. 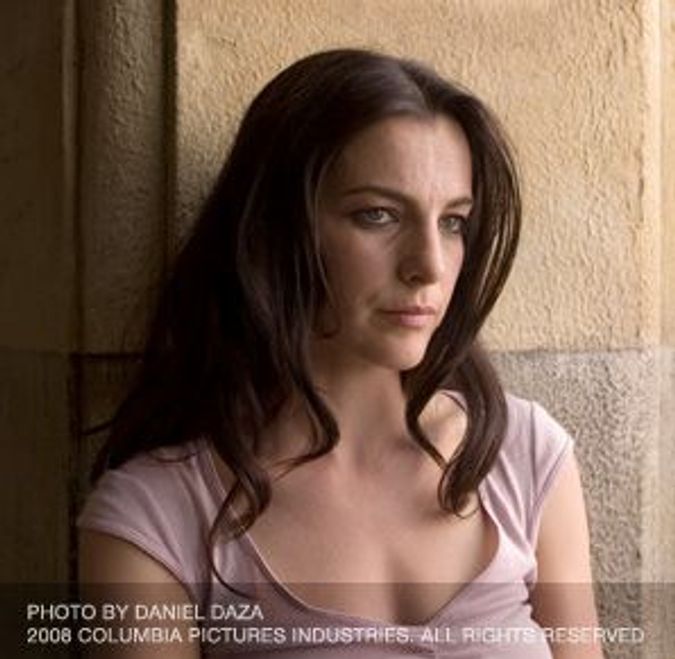 Israel’s female thespians have received somewhat kinder treatment in Hollywood over the years, and many will no doubt be looking on with interest later this month as one of their own gets a chance — her second, actually — to make an impression on American moviegoers.

Two years after her English-language debut in Steven Spielberg’s “Munich,” Tel Aviv-born actress Ayelet Zurer is returning to American movie theaters with another political thriller, this one set in the current moment and far removed from the conflicts portrayed by the controversial earlier film.

In “Vantage Point,” set for release February 22, the actress plays an uncertain but pivotal role in scenes told and retold by a variety of characters, each of whom has witnessed or been involved in an attempt on the life of the American president (played by Academy Award winner William Hurt).

Appearing opposite such A-listers as Sigourney Weaver, Dennis Quaid and 2007 Oscar winner Forest Whitaker, Zurer is in both new and familiar territory as Veronica, a European paramedic who might be an undercover Secret Service agent — or perhaps one of the would-be assassins. “Her role is very clear in the end,” Zurer said in an interview with the Forward, “[but] if I describe my character, I’ll be giving a spoiler.”

Though her occasional evasiveness can make her sound like a Hollywood veteran, Zurer is in fact a 38-year-old newcomer to Los Angeles. The actress moved to the United States two years ago, shortly after entering a period she thought would become a professional hiatus.

She describes her participation in “Munich” as “sort of a miracle,” recalling that she was invited to audition for the film in 2005, not long after the arrival of her son, who would later celebrate his first birthday in L.A.

“I had this notion that a woman who has a kid can’t do acting,” Zurer said, “but the year my son was born was probably the most fertile of my career.”

Indeed, 2005 was a big year for Zurer. In addition to the Spielberg movie, in which she played the wife of a morally conflicted Mossad agent, she starred on “Betipul” (“In Treatment”), a nightly Israeli TV drama that became a ratings phenomenon and eventually earned Zurer her homeland’s version of an Emmy.

Widely considered the best program ever produced for Israeli television, the series became perhaps the country’s most famous export last month when an English-language adaptation — starring a look-alike in the role originated by Zurer — made its debut on HBO.

The actress won’t divulge exactly what she thinks of the American version — “No, I don’t think I’ll tell you that,” she said with a laugh — but she admits to watching the drama’s first two episodes, which she describes as “very good” but perhaps not as “edgy” as the original.

The recipient of an Ophir, Israel’s equivalent of an Academy Award, Zurer also has a knack for comedy, a talent belied by her striking looks and mostly dramatic film work. An Israeli military veteran who took acting classes a decade ago in New York, Zurer was a perpetual pleasure in “Gomrot Holchot,” a naughty if never raunchy TV sketch comedy centered on three women in Tel Aviv. (The show’s title translates loosely to “Coming and Going,” double entendre included.)

The actress has two more films scheduled for American release this year: “Fugitive Pieces,” the opening feature at the 2007 Toronto International Film Festival, and “Adam Resurrected,” a Holocaust drama with Jeff Goldblum and Willem Dafoe.

Though she’s now based in L.A., Zurer says she and her family return to Israel as often as they can, and that she may go back for work later this year. (“There’s a dialogue about something, but it’s really too soon to say,” she said.)

She can’t be as selective, she acknowledges, about the roles she takes on this side of the Atlantic, but she sees the situation as an advantage at this stage in her career. “I’m not in a position to be looking for something specific,” she said, “and thank God, because I’d like to be as flexible as possible.”

With an accent light enough to make her sound exotic but not identifiably Israeli, she’s unlikely to encounter the typecasting faced by her compatriots in Hollywood.

She offers another minor evasion when asked if she would like to work with anyone in particular: She is suddenly concerned about word length and other matters of journalism.

“You don’t have enough space,” she said, again with a laugh.

Zurer may yet have her chance to work with many of those figures, and for a moment or two, it’s almost possible to hear her smile lingering on the other end of the phone.