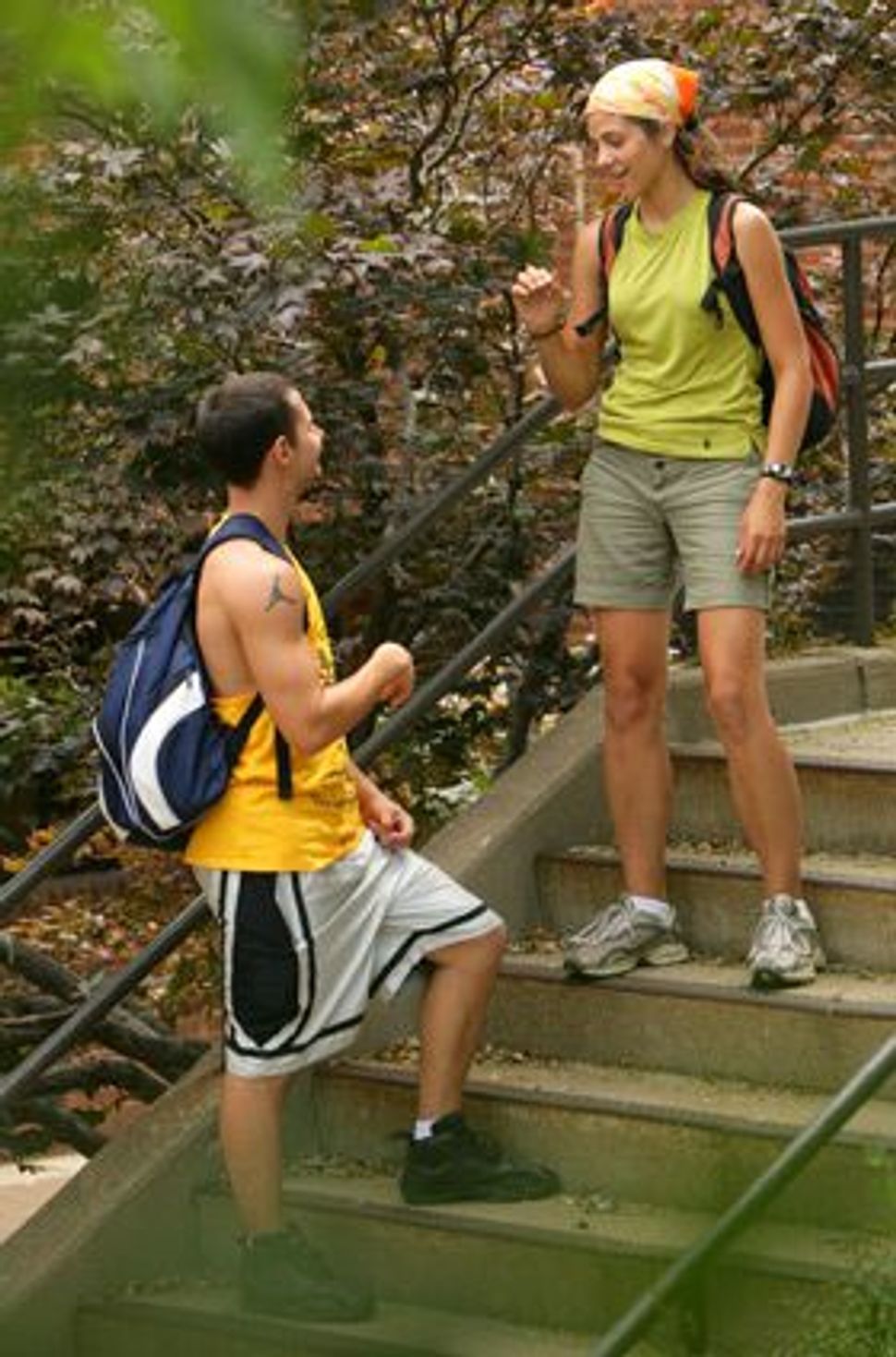 Hands up: At Gallaudet University, most classes are taught in American Sign Language. However, accommodations are made for students who are not fluent signers. Image by COURTESY OF GALLAUDET

Jews have a reputation for talking with their hands. For most of them, it’s a matter of emphasis; for veteran educator T. Alan Hurwitz, it’s more basic. American Sign Language is his mameloshn.

Earlier this year, the 68-year-old Hurwitz, who is profoundly deaf, became the 10th — and first Jewish — president of Gallaudet University, the renowned school for deaf and hard-of-hearing students. Since its founding 146 years ago in Washington, D.C., Gallaudet has been the seat of significant innovation in deaf education and has attracted its fair share of controversy.

The university will hold an inaugural ceremony, formalizing Hurwitz’s presidency, on May 12 — a date that four years earlier was marked by student protests, precipitated by the appointment of Jane Fernandes as university president. Fernandes reads lips, and learned ASL only as an adult. Some supporters of Fernandes said that the protests stemmed from those who thought she wasn’t “deaf enough” to preside over the nation’s preeminent deaf university, though her detractors cited other reasons for the outcry. 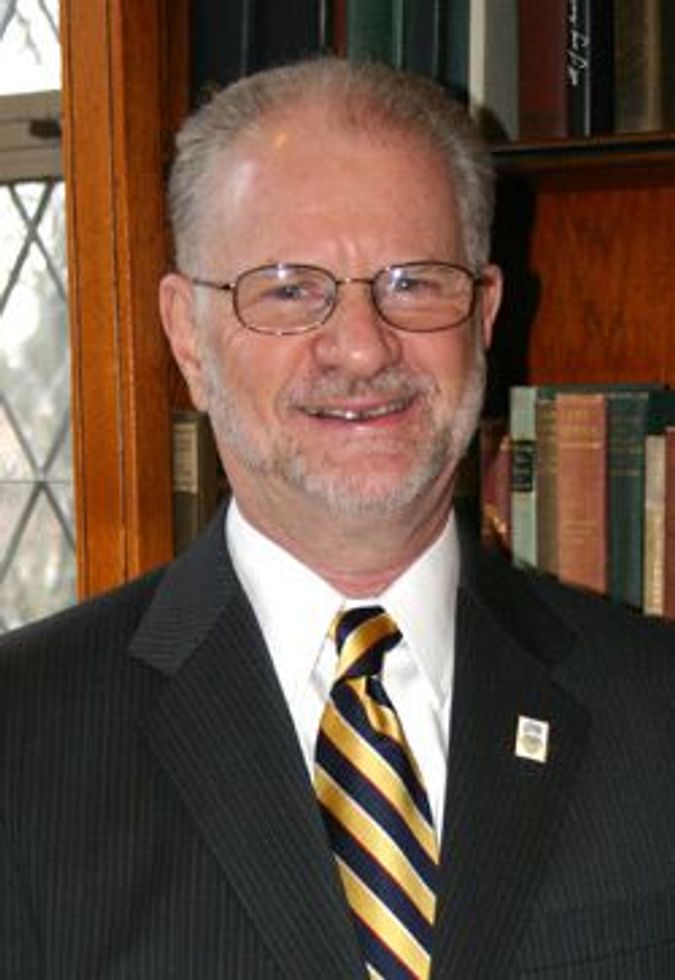 In the deaf community, as in the Jewish community, identity politics have given way to debates over how best to preserve language and culture, over new technologies and whether they serve to enhance or erode valued ways of life, and over whether insularity or assimilation is the way forward.

Students come to Gallaudet from a wide range of deaf and hard-of-hearing backgrounds. Some grew up signing, while others were raised in homes where oral skills were prioritized. Some attended ASL schools, while others attended oral or mainstream schools. Some students have hearing aids and cochlear implants that enable them to hear, to varying degrees. Others have hearing impairments that cannot be helped by these technologies. Still other students view implants as detrimental to deaf culture. Most classes at Gallaudet are taught in ASL, but accommodations are made for students who are not fluent in it.

“There are a variety of different experiences that people bring,” Hurwitz, who until recently was president of the National Technical Institute for the Deaf in Rochester, N.Y., told the Forward through a sign-language interpreter. “Like there are different levels of Judaism — Reform, Conservative — the same thing holds true with the deaf and hard-of-hearing community. There are a lot of different approaches, but there continues to be that fundamental common thread that crosses over those differences. The need for visual access to communication ties [us all] together.”

To be sure, Hurwitz isn’t the first to draw parallels between the Jewish and deaf communities. At Gallaudet, special projects fellow Josh Swiller has taught a class called “History of Change: How Minority Cultures Prosper in Turbulent Times.” The course looked at the deaf community in the context of other minority communities, including the Jews. 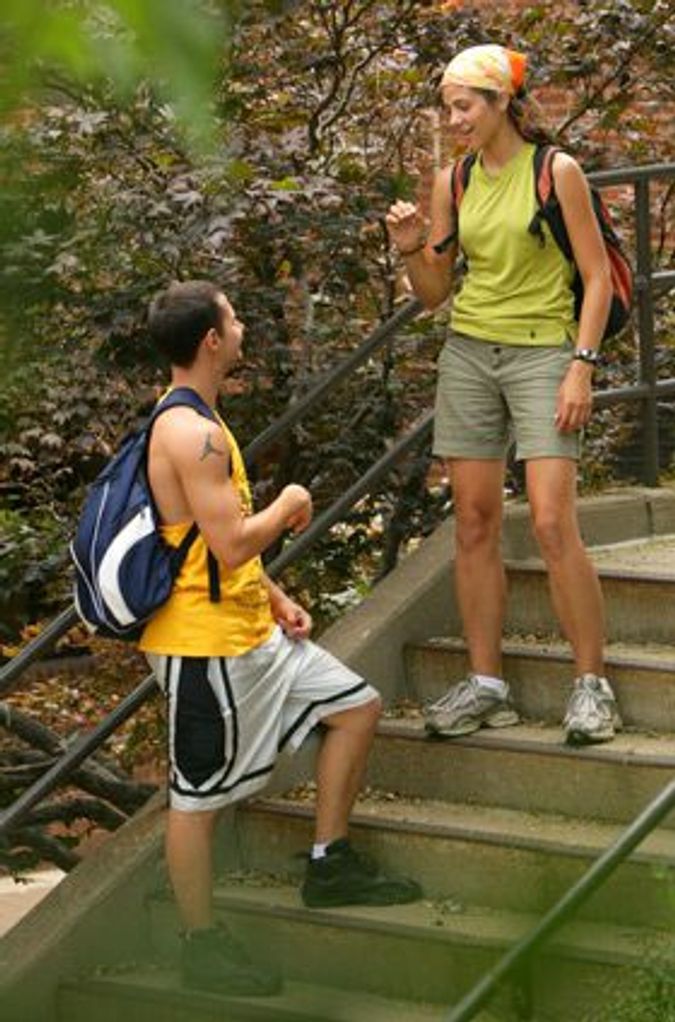 “One model that is worthwhile for the deaf to emulate is how Jews, who were forced into new societies, prided themselves on education and cultural self-reliance,” said Swiller, a yeshiva day school alumnus and the author of the 2007 book “The Unheard: A Memoir of Deafness in Africa.” “But they also thought it was important to learn the local language and to find niches in which they could gain an economic toehold.”

Swiller, who hears with the help of a cochlear implant, noted that in the deaf community, there has long existed “a tension between community and cultural self-interest and individual achievement.”

But in what he sees as a positive development, he said the tension is finally easing at Gallaudet, and that the protests following Fernandes’s appointment represented “the end of the idea of separation being a viable pursuit, and the start of a new era of reaching out in every way possible.” (Fernandes’s appointment was ultimately rescinded, and an interim president was installed.)

Swiller said that, increasingly among the campus community, the preservation of deaf language and culture is no longer seen as being at odds with advancements in auditory technologies and assimilation into the hearing community.

It is fitting, then, that Hurwitz, who emphasizes Gallaudet’s bilingual mission — prioritizing fluency in ASL and English — and who sees no conflict in preserving deaf culture and strengthening ties with the hearing community, was chosen to lead Gallaudet at this juncture. “I have always said whatever is good for members of the deaf community is good for the general population,” Hurwitz said. “It helps to bring down barriers.”

To that end, the new president said he hopes to work collaboratively with other Washington-area colleges to expand the range of opportunities for Gallaudet students.

Tracy Alan Hurwitz was born profoundly deaf. His parents were deaf, and Hurwitz grew up using ASL at the family home in Sioux City, Iowa. He attended an oral boarding school for the deaf, and a mainstream high school. He completed bachelor’s and master’s degree programs in electrical engineering, and began his career at the aerospace manufacturer McDonnell Douglas. When the National Technical Institute for the Deaf opened a few years later, Hurwitz joined the faculty as a science professor. He went on to earn his doctorate in education from the University of Rochester. Hurwitz also served as president of the now-defunct World Organization of Jewish Deaf and on the board of the Jewish Deaf Congress.

He has been married to his wife, Vicki, for more than 40 years, and the couple have two grown children.

Growing up, Hurwitz — like his father before him — was told by his Orthodox grandfather, who was hearing, that deaf Jews were exempt from learning Torah. His family, he recalls, did go to synagogue each week, but “we just kind of sat there, and didn’t understand what was going on around us.”

Until about a decade ago, the Jewish community made few accommodations for hearing-impaired Jews, even though Ashkenazic Jews are at higher risk than the general population for Connexin 26 gene mutations and for Usher syndrome, which can cause hearing loss and deafness.

In a JTA op-ed last year, Rabbi Mayer Waxman, associate director of the Orthodox Union’s Yachad/The National Jewish Council for Disabilities, estimated that the number of deaf and hard-of-hearing Jews in America were 14,000 and 142,000, respectively.

Incidentally, all four of the finalists for the job of Gallaudet president were Jewish.

Recent years have yielded significant advances for deaf and hard-of-hearing Jews. More synagogues are providing interpreting and captioning services, and more day schools — and rabbinical schools, too, which have yielded several deaf rabbis — are opening their doors to hearing-impaired students. In addition, Skokie, Ill. is home to Congregation Bene Shalom, geared toward deaf and hard-of-hearing Jews.

“The Jewish community has become much more sensitized to individuals’ needs, and to teaching each child — whether that child has Aspberger’s or dyslexia or a hearing impairment,” said Batya Jacob, program director of Our Way for the Jewish Deaf, a programming initiative of the Orthodox Union.

And Hurwitz’s own family is emblematic of generational changes in the community. “When my son was born, he was hard of hearing, and my grandfather was ready to exclude him, as well,” Hurwitz said. “But I stepped in and said no, that can’t happen. So he had a complete Jewish [education], and he went through a bar mitzvah and everything. And of course, after all that happened, my grandfather was very proud.”

Gabrielle Birkner can be contacted at [email protected]