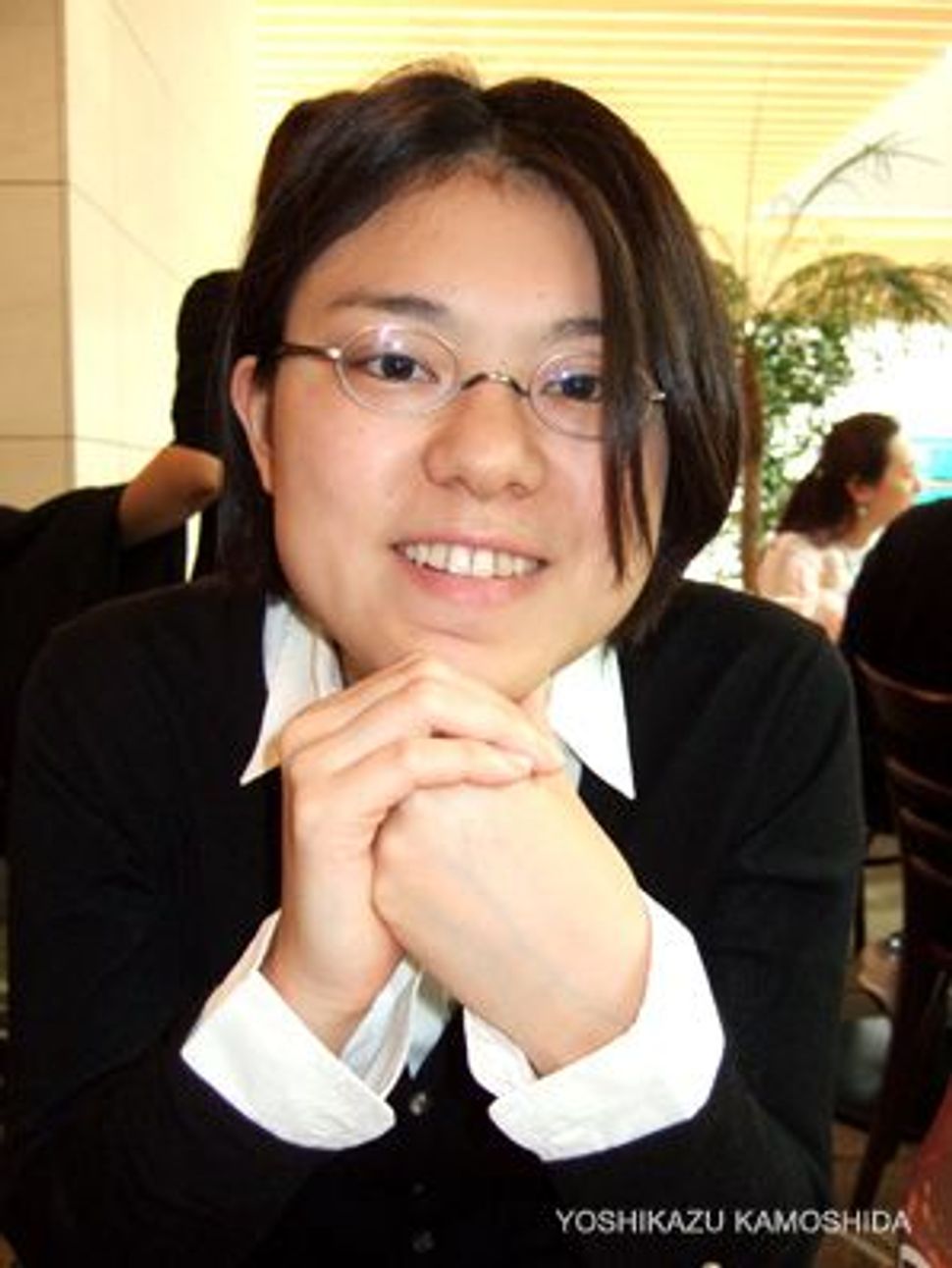 Scholar: Satoko Kamoshida of Japan is researching Yiddish in Israel in the 21st century. 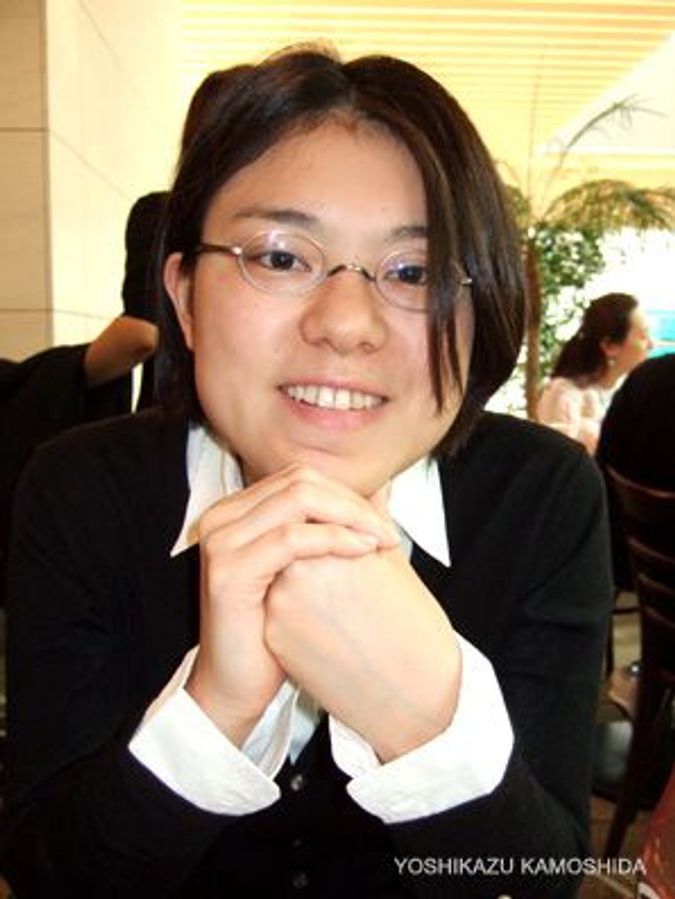 Scholar: Satoko Kamoshida of Japan is researching Yiddish in Israel in the 21st century.

“It has come up in class at the National Yiddish Book Center,” said Amanda Lineweber, an 18-year-old Smith College student. “People think if there is no cultural or personal connection, you’d have no interest.”

In fact, non-Jews — particularly Christian scholars — were studying Yiddish as far back as the 16th century, some for humanist or academic reasons, some to convert Jews, some to find criminals, some for business and others to “expose” the “secrets” of the Jews.

Today, non-Jews such as Robert D. King of the University of Texas at Austin and Jerold C. Frakes of the State University of New York at Buffalo are among the most renowned scholars in the field. Still, Yiddish studies remains a small field, and Jews are the majority of its disciples.

Teachers are loath to survey their classrooms to see who is and isn’t Jewish, but they agree that if you run across a non-Jew studying Yiddish, that person is likely to be European. Non-Jewish Americans study Yiddish, too, but their numbers are smaller. “I have taught Yiddish summer courses in Poland where the majority of students weren’t Jewish,” said Ellen Kellman, an assistant professor at Brandeis University. Vilnius’s Summer Program in Yiddish enrolls 60 to 80 students each year; of these, about 10% to 25% are non-Jews, typically from Germany, Lithuania and Poland. Of the 130 students in Tel Aviv University’s Yiddish program last summer, 20 were non-Jews from Germany and Eastern Europe; one was from Japan. Some non-Jews are self-taught with the help of individual mentors.

Non-Jews may come to Yiddish because of their interest in European history. Or they may be students of German or Slavic language and literature who discover that Yiddish rounds out their studies. For some, Yiddish is a search for roots: “Their interest in Yiddish culture comes from the knowledge that the Jewish component of Polish national culture was eradicated during the Holocaust,” Kellman told the Forward. “They are interested in reclaiming that heritage for themselves and their peers.” For others, it is a kind of rebellion against the ultra-nationalism of their parents and grandparents, according to Dovid Katz, founder of the Vilnius program. Sometimes, Yiddish is necessary for a particular area of research: Columbia lecturer Miriam Hoffman had a Jamaican student who needed Yiddish for his research into the 1920s Jewish underworld of Manhattan’s Lower East Side. Linguists in particular are prone to fall in love with the language — like Melitta Depner, a 57-year-old German computer scientist who translates texts into German. “German touches the mind; Yiddish caresses the heart and the soul, like music,” she said.

Generalizations aside, individuals come to Yiddish for their own unique reasons.

Joanna Feldman, a 24-year-old woman who is Catholic and Polish, took her first Yiddish course as a student of German and Dutch languages at the University of Warsaw. She attended the New York University/YIVO Institute for Jewish Research summer program, and has studied at Warsaw’s Shalom Foundation, where she also participates in a Yiddish club. A fluent speaker and an intermediate-level reader and writer, Feldman is using the Ringelblum Archives — which contain documents from the Warsaw Ghetto, including letters written in Yiddish by Polish Jews — for her master’s thesis. For her, Yiddish is necessary to study the history of Polish Jews. “I wanted to learn the language of people who lived in my hometown of Bialystok or in Warsaw and who are not present here anymore,” Feldman explained in an e-mail to the Forward. While she was in New York, she had an authentic Yiddish encounter. “I wanted to buy a CD with Yiddish songs, and I had an opportunity to speak Yiddish with the salesman. I was so happy that a native speaker can understand me, and I also realized that Yiddish can still be used in everyday communication.”

Satoko Kamoshida is a Japanese doctoral candidate in linguistics at the University of Tokyo. She is interested in how a people relates to its language, culture, religion and nation, and for this reason, a professor steered her toward Yiddish. Kamoshida, 28, started studying on her own and then attended Vilnius’s summer program in 2003 and 2004. “I was really surprised because most of the participants were Jewish,” Kamoshida told the Forward in an e-mail. She noted that it’s unusual for students to have an ethnic connection to the language they’re studying. Her research, which focuses on why secular Israelis are learning Yiddish in the 21st century, has brought her to Israel to study.

Brian Conley, a 49-year-old graphic designer in New York, was raised in Texas as a Southern Baptist. His daughter Emily, 11, is a student at the Midtown Workmen’s Circle School, where Yiddish is taught and where Conley serves as co-president. “The reason I got into Yiddish was because my daughter was learning the language,” he said. Conley has studied for five years with mentors at his daughter’s school, and he spent a summer in the NYU/YIVO program. Despite the fact that no one in his family is Jewish, Conley sent his daughter to the school because of the Workmen’s Circle community’s secular outlook, emphasis on social justice, and frank and open attitude toward his own background. “I am very honored to be allowed into these classrooms and to be taught this language, because it is very important for my daughter,” Conley said.

Why does it matter that non-Jews are studying Yiddish? Because, as Katz notes, it’s more interesting when Jews and non-Jews study Yiddish together. Orthodox Jews bring knowledge of talmudic and traditional references; secular Jews, a background in early 20th-century history; Poles, familiarity with land and culture, as well as insights into Yiddish words of Polish and Slavic derivation, and Germans, an ability to distinguish the origins of Yiddish words. Classroom discussions are enriched by these varied perspectives.

Another reason it matters is because of Yiddish’s cultural significance, even beyond the Jewish community. “It seems to me that Jewish studies in general, and Yiddish in particular, is done a disservice when it is thought of as provincial or ethnic,” Paul Glasser, a senior research associate at YIVO, wrote in an e-mail to the Forward. “As more non-Jews take an interest in Yiddish, its stature should grow.”

Clarification: Due to an editing error, we neglected to mention that Brian Conley’s wife is Jewish and they are raising their daughter as a Jew. We regret the error.