Tales of a Teenage Bedwetter 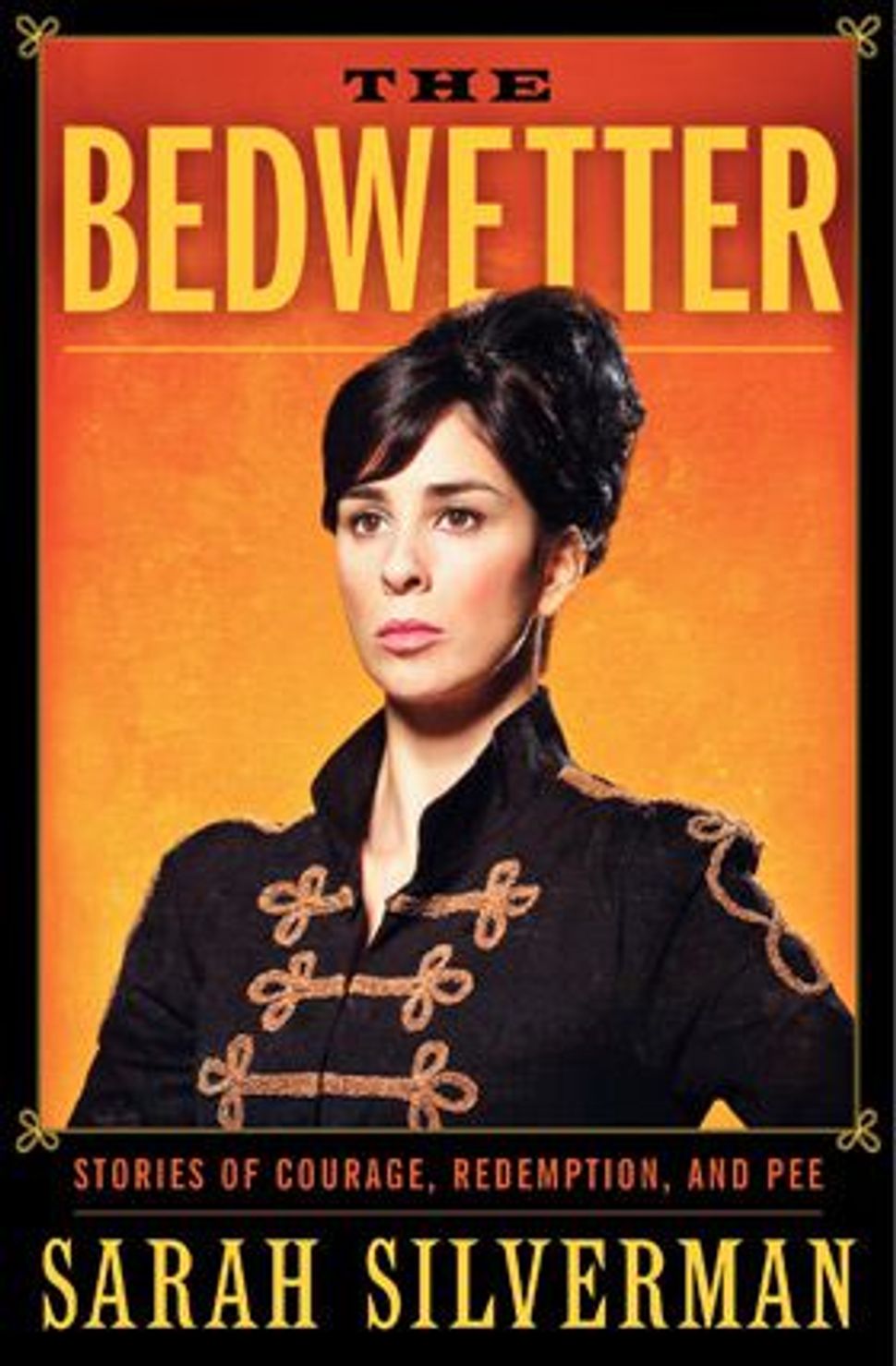 The Bedwetter: Stories of Courage, Redemption, and Pee
By Sarah Silverman
HarperCollins, 256pp, $20 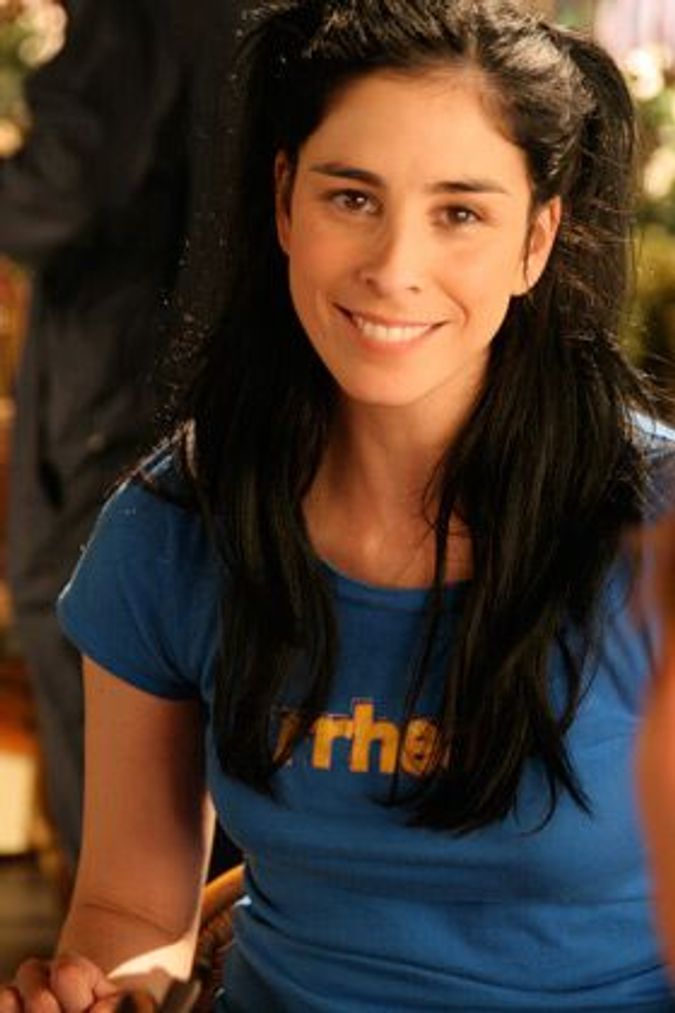 Jewess: In her new book, comedian Sarah Silverman discusses Judaism, her family and her own brand of comedy. Image by STEVE AGEE

Jewish comics are usually thought of as self-deprecating Woody Allen types whose singsong shtick hearkens back to the Borscht Belt. Sarah Silverman is not that kind of Jewish comic.

Neither schlemiel nor schlimazel, Silverman instead plays the part of a cocky child — old enough to know what she is saying is bad, but not old enough to understand how bad it really is. With jokes like, “I was raped by a doctor, which is so bittersweet for a Jewish girl,” her Jewishness is never oppressive, but rather a safe space from which she can provoke and taunt with a wide-eyed shrug and a half-smile.

“[This was] not a conscious choice,” Silverman told the Forward, referring to her take on Jewish humor. “It just isn’t who I am. I didn’t have the parents with the Brooklyn accent making gefilte fish. My mother’s from Connecticut and went to a school called St. Margaret’s.” Though this isn’t to say being Jewish didn’t play a big part in her childhood and the person she became.

In her new book, “The Bedwetter: Stories of Courage, Redemption, and Pee” (HarperCollins), Silverman tells the story of her life, explaining how a scrawny Jewish girl from a small town in New Hampshire became one of the raunchiest comedians around — often in pigtails. Silverman writes about how she figured out how to turn her differences, which included being Jewish, unusually hairy (which is, for her, somewhat related), and the fact that she wet the bed until age 16, into humor.

“I felt Jewish because the other kids saw me as different. I mean, they were my friends, but they saw me as different from them. And their parents did, too. And I often would be at one of their houses Sunday morning and go to church with them, which I found bizarre. Though only slightly more bizarre than temple. It was scarier and more serious, but temple was weird, too,” Silverman said. “But finding comedy in it was a way I found to survive as a kid. I felt almost like a host, needing to make sure my friends and their parents saw me as nonthreatening and disarming, reassuring them, not in so many words, that I was a good Jew and had no horns.” 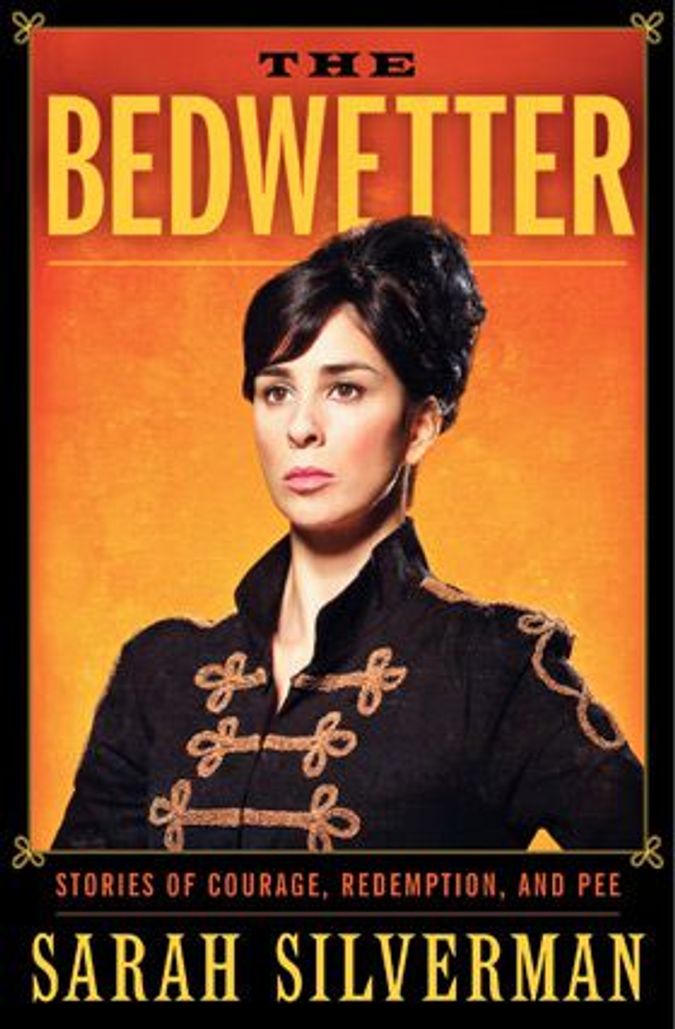 Silverman was born in 1970 and is the youngest of four sisters. At age 13, she started to experience depression and was sent to a psychiatrist who had hanged himself the day of her appointment and was discovered while she was in the waiting room. Soon after, a doctor prescribed Silverman 16 Xanax a day, and at one point she didn’t go to high school for two months. She eventually got better, and in 1988 she headed to New York University, but dropped out after a year to do comedy. She soon began making a living as a comic, and has since starred in the popular 2005 concert film “Jesus Is Magic,” hosted the MTV Movie Awards and won an Emmy for her torrid video about Matt Damon, which was a birthday present for her then boyfriend, Jimmy Kimmel. In 2007, she started Comedy’s Central’s “The Sarah Silverman Program,” in which she plays a fictional version of herself and stars alongside her sister Laura.

Her book is mostly an autobiography with some odd chapters on things like fashion and love, and is more earnest and sensitive than her stand-up routine. In it she shares anecdotes about going to Jewish summer camp, losing her virginity and flunking out on “Saturday Night Live,” and also about her participation in the “The Great Schlep,” a viral video she made for a campaign encouraging young Jews to get their grandparents to vote for Barack Obama.

There are also stories about her family, including her nana, who unlike “most Jewish grandmothers [who] have an astronomically inflated view of their grandchildren’s wonderfulness” had a “uniquely realistic” one; her father, “a black-haired, dark-skinned Jew who walks exactly like Bill Cosby dances,” who taught her to curse at age 3 — for laughs — and her mother, who is “fair-skinned with green-blue eyes, soft brown hair, and a God-given nose most Jews would pay thousands for.”

In the chapter titled “Jew,” Silverman talks about growing up without any Jews nearby, her experience at a daycare center at a convent and how stars like Winona Ryder and Jon Stewart would not have achieved such a high degree of fame had they kept their original last names, which are, respectively, Horowitz and Leibowitz.

She also discusses the way Judaism ultimately became part of the lives of her and her sisters, despite her parents’ indifference to their faith. While Silverman has turned all these things into laughs, her oldest sister Susan became a rabbi and moved to Israel. (On “SNL” Silverman made the joke that her sister and brother-in-law, Yosef and Susan Silverman-Abramowitz, should shorten their name to just “The Jews.”)

“I personally don’t have religion, but I’m Jewish in the ways I can’t — and don’t want to — escape. Ethnically, culturally, it oozes out of me,” Silverman said. “Susan, my rabbi sister, has, of course, embraced it in every part of her life. We are different, but not that different.”

Tales of a Teenage Bedwetter