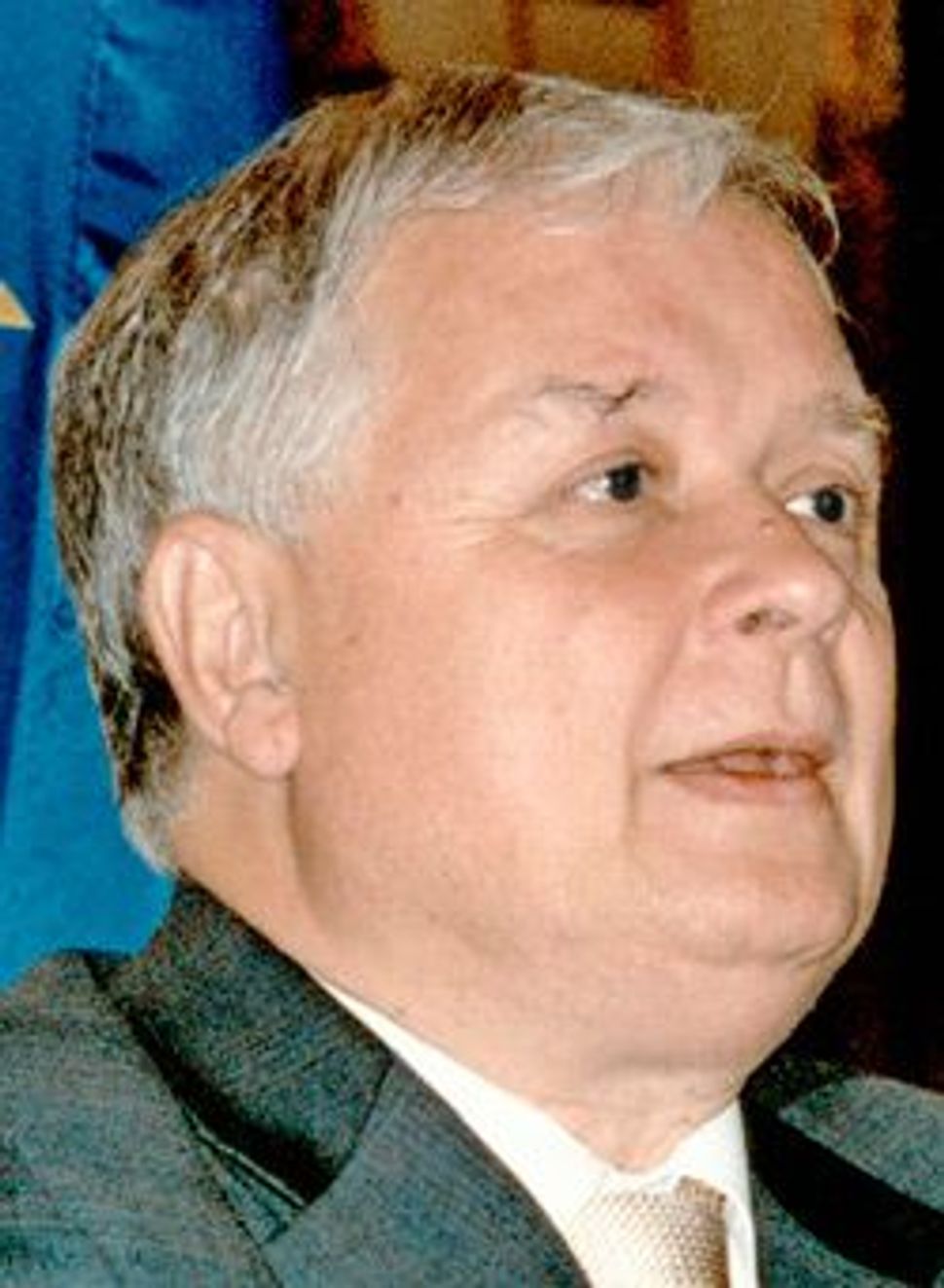 “Kutcher’s is the password,” I said to Lainie Kazan at the April 8 Boys’ Towns of Italy “Ball of the Year” Gala, at which she was honored as Celebrity of the Year. We briefly reminisced about Kutcher’s, now the only Catskills resort, where we would chat at the Kutcher family table in the dining room. Kazan’s list of accomplishments — which runs to 50 lines on a page in the gala journal — begins with being Barbra Streisand’s understudy in the Broadway production of “Funny Girl” and includes the “Woman of the Year” award from B’nai B’rith International and reigning 1997 “Queen of Brooklyn” at a ceremony hosted by Brooklyn Borough President Howard Golden.  She recently starred in the hit Broadway comedy “Bermuda Avenue Triangle,” co-starring Renée Taylor and Joseph Bologna, at the Brentwood Theatre in Los Angeles. 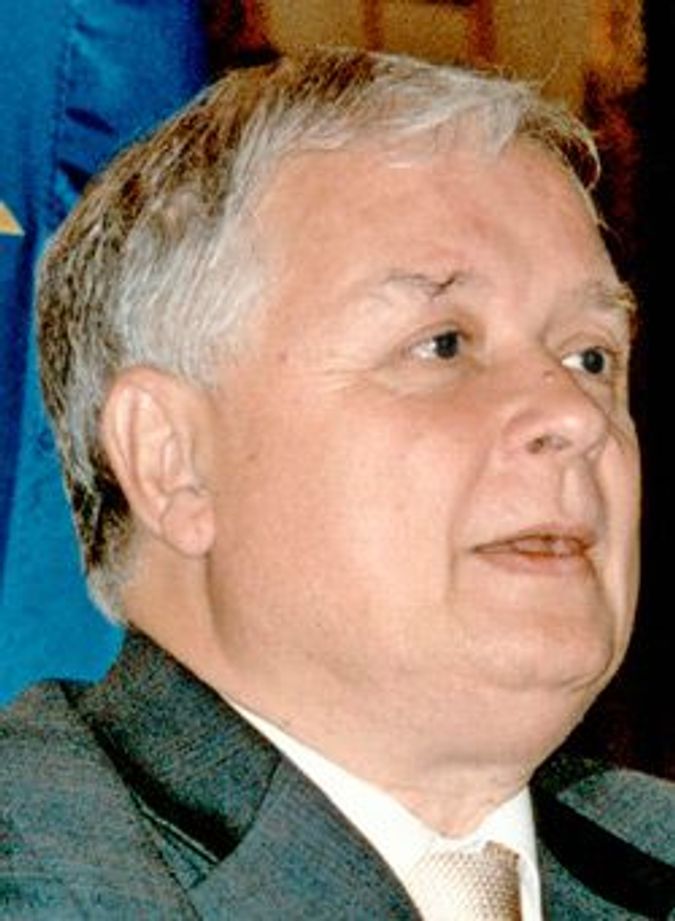 “I am also an honorary Italian,” Kazan told the black-tie and gorgeously gowned crowd at The Pierre.  “My daughter’s father was Italian, and because I believe in helping children, this honor is very meaningful. Boys’ Towns of Italy, founded outside of Rome, in Civitavecchia, in 1945 — and the model for Boys Town Jerusalem — is where children, caught between wars, can find a place of peace,” said Sean Patrick Moffett, Boys’ Towns’ president emeritus.  “Boys’ Towns gives these boys a chance in life,” he said. Like boys from Iraq and Egypt, in the past boys from Israel found refuge here.

The gala also honored “Man of the Year” Anthony Maltese Jr., a philanthropist and a major presence in America’s textile industry; Humanitarian Award recipient, Leandro Rizzuto Jr., president of the Professional Beauty Association, and “Woman of the Year” Francesca Braschi Gumina, who is active in many philanthropies. Gumina is the daughter of Count and Countess Pier Arrigo Braschi of Rome, and her family is of the 12th-century Italian nobility, including Pope Pius IV, who was pope during the American War of Independence and the French Revolution — the only pope to die in exile. Chairs of the dinner included Sharon Marantz Walsh; those who have chaired in the past include Cindy Adams, Whoopi Goldberg, Billy Crystal and Joan Rivers.

“THERE IS NO HISTORY OF POLAND WITHOUT POLAND’S JEWS”: REMEMBERING PRESIDENT LECH KACZYNSKI AT EMUNAH OF AMERICA HOLOCAUST MEMORIAL

Among the Holocaust survivors honored at Emunah of America’s April 11 “The Spirit of Survival” Holocaust commemoration ceremony at Congregation Kehilath Jeshurun was Sigmund Rolat, an influential supporter of restoring Polish Jewry’s place in Polish history and a key financial backer of Warsaw’s Museum of the History of Polish Jews.   Following the presentation ceremony, Rolat, a former slave laborer at a camp near his hometown of Czestochowa, asked to say a few words in memory of Poland’s president, Lech Kaczynski, who, with his wife, Maria, and several of his country’s top leadership, died in a plane crash April 10 near Smolensk, Russia. The group was en route to a commemoration ceremony for the more than 20,000 Polish and Jewish prisoners of war executed by the Soviets — by order of Stalin — in 1940 in the Katyn Forest.

“Our hearts go out today to Poland and the Jewish community of Poland, who have lost a great friend who has done so much to [restore] Jewishness in Poland,” Rolat said. “Kaczynski was the moving spirit of the Museum of the History of Polish Jews.”   I had the opportunity to meet Kaczynski in 2007 at a reception held at the Polish Consulate in New York to help promote the aforementioned museum, which is scheduled to open this year. Kaczynski said: “Our history is not complete if there is no history of Polish Jews…. It is not the 1,000-year history of the Polish Jews, but the history of Europe, the history of Israel, the history of the United States.” Noting that 10% of Poland’s prewar “civic servants, military victims of Stalin’s Katyn Forest massacre, were Jews,” Kaczynski said, “If you tried to decipher the pseudonyms of [some] Polish writers and poets, you’d find the names are actually Jewish.” He added, “Ben-Gurion, [Menachem] Begin and [Yitzhak] Shamir were Polish Jews.”   During my brief chat with the president that evening, I told Kaczynski that my ancestor, Salomono Calahora — who had been a physician in Isabella of Spain’s court — was invited in 1507 to settle in Poland and died in Krakow. Some of his descendants included several physicians and pharmacists to the Polish court.

“We are who we are because of what we learn and what we remember,” neuroscientist Eric Kandel said in Petra Seeger’s 2008 documentary, “In Search of Memory.” Renowned for his groundbreaking research on the physiology of the brain, in the film, the now 80-year-old Nobel Prize winner for medicine recalls his flight from Nazi persecution in Vienna and his arrival as a 9 year old in America.  In a segment in which he revisits Brooklyn’s Yeshiva of Flatbush — which we he attended when he first arrived in New York — Kandel tells the current principal twice that “[back then] in school, we never discussed men derharget yidn! — Jews are being slaughtered!”  The man doesn’t seem to understand either the Yiddish or the import of Kandel’s dismay.  During my April 9 interview with Kandel in his office at the New York State Psychiatric Institute at Columbia University College of Physicians and Surgeons, he elaborated on the significance of the yeshiva-revisit incident.  A still-unhealed wound after all these decades, Kandel lamented: “Joel Braverman [the then principal] never once said to me, ‘Eric, it must have been hard for you to come to America without your parents.’ Braverman never spoke about what was happening to the Jews in Europe.”  Returning to his life’s work — “memory, the glue that binds our mental life together” — he voiced his ambivalence about returning, to be honored, to Vienna, a city whose traumatic memories continue to haunt him, yet whose waltzes and culture he relishes.  “I am not religious,” he mused. “But I feel culturally, completely Jewish…. I see no conflict between religion and science.”   In his office with its spectacular view of the Hudson River, shelves of books, an eclectic art collection and a model of a brain prominently on display, an ebullient Kandel, wearing his signature red bowtie, amplified on some of the film’s content.  “In 1960 [we] had no idea how the brain works… how nerve cells communicate, how memory is laid down…. The better something is encoded in memory, the better it is to recall.  Sometimes you recall something because of [the] space.”

Apropos “space,” in the film, Kandel and his wife, Denise, celebrated their 50th wedding anniversary by taking a visit to Vienna and Paris with their children and grandchildren.  His wife, who had been hidden as a child in a French convent, is seen searching for a tunnel — the “space”— that would have been her escape route in the event of a Nazi raid.   About memory, Kandel noted:  “The Haggadah of Israel makes the point that there is no word in Hebrew for history…but there is the word zikoron, memory. For us Jews, history is part of our religion.” Retracing to his Yeshiva of Flatbush experience, Kandel explained that the reason he went to Flatbush was because  “I was afraid to go to [public] school where all the kids were blond and blue-eyed” — a carry-over from his Vienna antisemitic memories.  “But, remarkably,” he added, “Flatbush was the only school anywhere that taught Yivrit b’Yivrit, Hebrew in Hebrew.”  After that came Erasmus Hall High School, where in 1948, Kandel and another student, “two out of a class of 1140,” were accepted to Harvard University.   In the film, Kandel, a guest speaker in 2007 at The Hampton Synagogue, leads off by articulating an old Jewish lament: “Schver tzu zayn a Yid,” (‘Tis hard to be a Jew).  “Being a Jew in Vienna was a difficult experience for me, “ he tells the audience. “But I never for a moment considered giving [being Jewish] up.”  Author of the best-seller  “In Search of Memory: The Emergence of a New Science of Mind” (W.W. Norton, 2007), Kandel told the crowd in the sanctuary: “Forty percent of you will have no memory loss; [of the remaining] 60%, half will have [various] kinds of tsoris with age-related non-Alzheimer’s mode, and 30%… [full] Alzheimer’s.”  After detailing some promising new experiments being done with mice and memory, Kandel, a man of irrepressible whimsy, added the postscript: “If you are a mouse, we can do a lot for you.  As a human….”   “In Search of Memory” will be playing at Brandeis University on April 18 and will open theatrically at Landmark’s Kendall Square Cinema in Cambridge, Mass., on April 23, to be followed by a wider national distribution schedule.  Do not forget to see this most delightful, feel-good, informative documentary.