The Jews from Ipanema 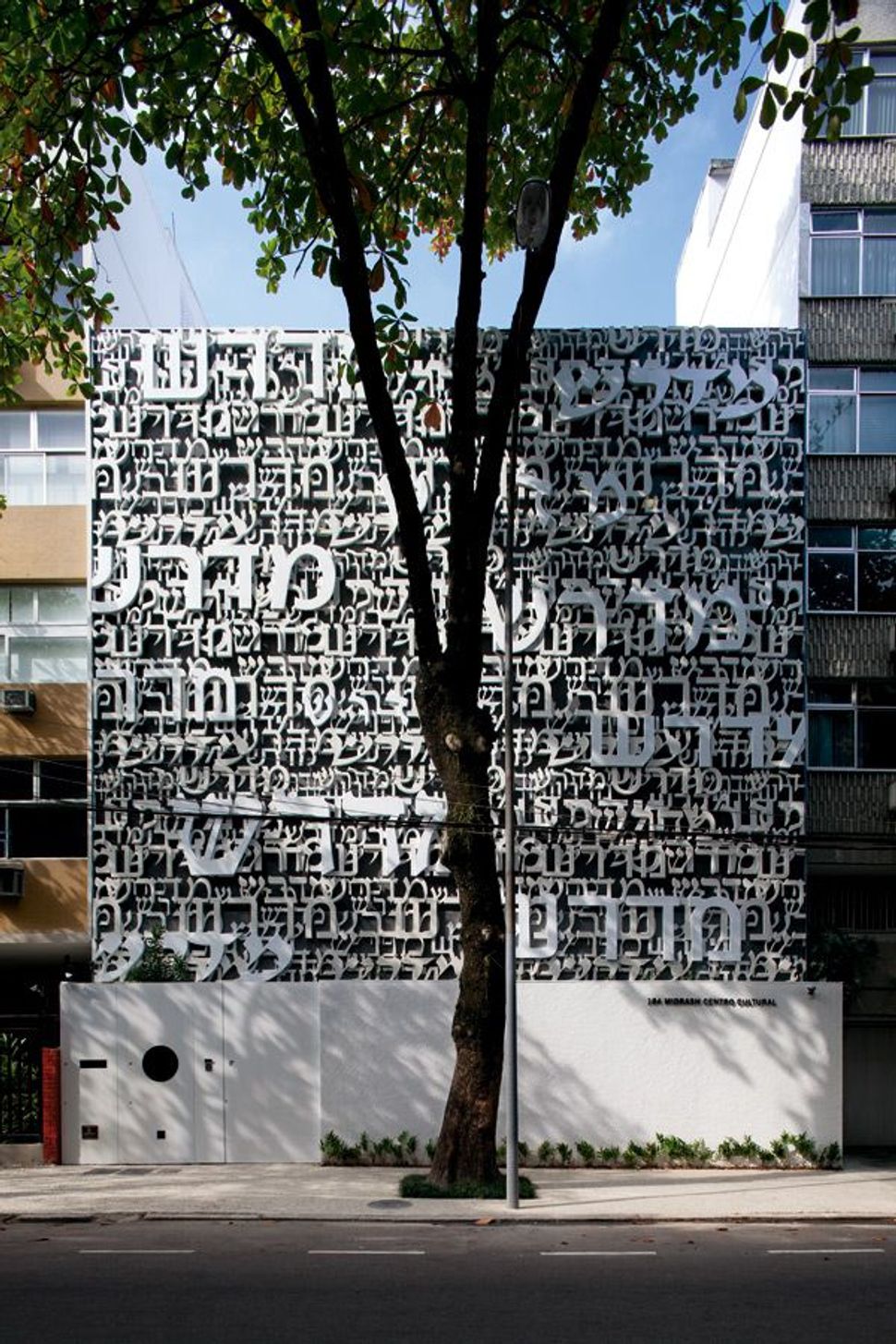 During my first day in Rio de Janeiro, I stumbled onto Chai Delly, a part-kosher Copacabana takeout joint whose recent opening had eluded even my Jewish tour guide. On day two, TV channel-surfing led me to “Menorah TV,” a Jewish public affairs program with a “Hava Nagila” intro. And on day three, another tour guide slipped me a flier about the Passover menu at the tony local pastry shop The Bakers. 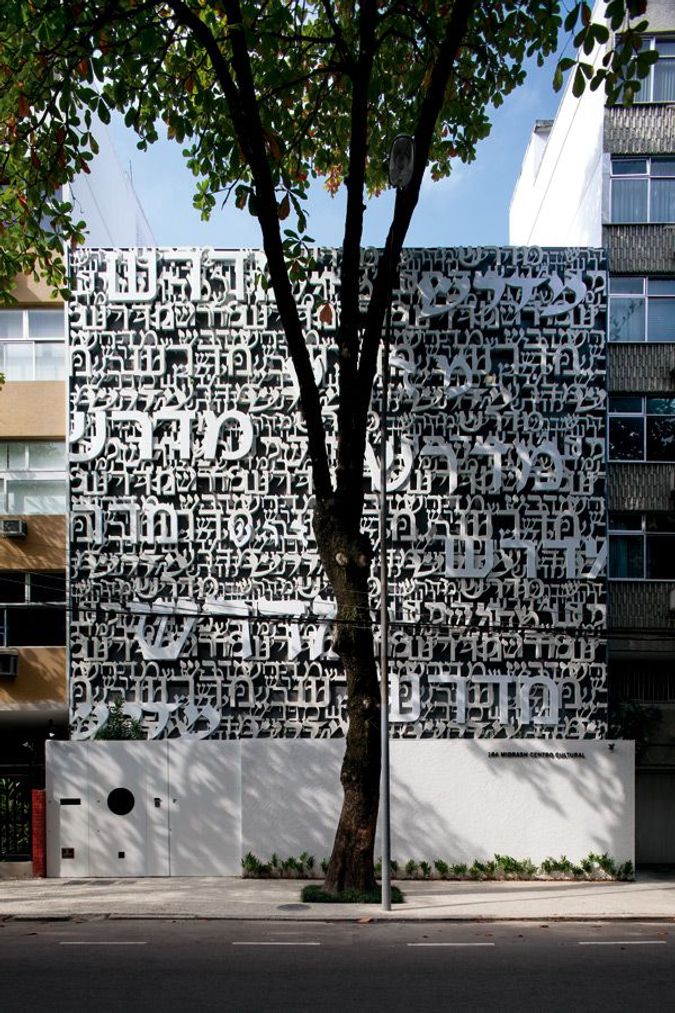 For a city whose symbol is a mountaintop statue of Jesus, Rio boasts vivid Jewish textures woven into the fabric of its history and daily life. While it won’t ever rank as a top spot for Jewish-oriented travel, there’s enough here for a day of Jewish sightseeing if you’re in town experiencing Rio’s beaches, juice stands and churrascarias or steakhouses.

In fact, in 2008, the tourist guide union in Rio launched its first official Jewish-themed tour itinerary, mostly in response to requests from American Jews. “They want to know about Jews all over the world,” said Pedro Landsberg, a Jewish guide who helped design the official route with members of the Jewish Federation of Rio and who has been conducting his own popular Jewish-themed tours for six years. Though Rio also attracts Israelis in huge numbers, especially around Carnival, “they aren’t as interested in Jewish history, more in Rio as Rio,” said Landsberg, who is fluent in Hebrew, English, German and Portuguese. “But it’s very important for people to realize that Jews were here since before [Brazil’s] discovery” by the Portuguese.

The majority of Rio’s Jewish population of 30,000 resides in the comfortable central neighborhoods of Copacabana, Ipanema, Botafogo and Leblon; synagogues, day schools and a few kosher shops are sprinkled throughout those areas. But much of Landsberg’s tour focuses on downtown neighborhoods that have slipped into disrepair. The beautifully restored 1930s Grand Temple, once the center of Rio’s Jewish life, sits in a quarter once known as Praca Onçe, which music aficionados might recognize as the putative birthplace of Samba. Today, with the neighborhood’s decline, the synagogue opens only for High Holy Day services and special events.

The Grand Temple boasts a number of architectural quirks, Landsberg said. Mario Vodret, the Italian architect who won a worldwide competition in the mid-1920s to build it, had never seen a synagogue. Because he based the design on a synagogue in Florence, the mostly Ashkenazi Jews of early 20th-century Rio ended up with a Sephardic-style house of worship; until Italian-Jewish architect Guido Levy made adjustments a decade later, the bimah was in the middle of the room.

On the weekday we were to visit, the Grand Temple was actually closed to the public; Brazil was marking its first annual National Day of Jewish Immigration, and the synagogue was the venue for the ceremony. By phone, President Luiz Inácio Lula da Silva told guests — including Rio’s Jewish elite, Brazilian vice president Jose Alencar and Environment Minister Carlos Minc — “The participation of Jews in Brazil’s history since the Discovery is important for Brazilians to see the Jews as ‘true brothers’ and ‘as an example to us all,’” according to the Rio Jewish newspaper Jornal ALEF.

Another downtown stop on Landsberg’s tour is Rio’s small Jewish Museum, which contains ceremonial items donated by descendants of some of Brazil’s original European immigrants, as well as personal artifacts and a complete concentration camp uniform obtained from Holocaust survivors who settled in Rio. But the museum’s centerpiece is the Feldman Collection, which comprises more than 60 menorahs and ritual objects designed by the late Russian-born émigré artisan Joseph Feldman.

A few tour stops of architectural significance are striking even if you don’t enter the buildings. Leblon’s Midrash Centro Cultural, a Reform institution that opened just last August, boasts a stunning facade by Brazilian starchitect Isay Weinfeld, consisting of a dense collage of giant Hebrew letters. Situated across from one of Rio’s three Chabad centers, its concerts, lectures and courses are open to the public, but mostly offered in Portuguese.

In nearby Botafogo, an upscale beachfront area, Landsberg likes to showcase the Associação Religiosa Israelita synagogue, which is housed in a modernist building with a multicolored glass facade. Until she left for Israel last year, Brazil’s first female rabbi, Sandra Kochmann, was installed here. A few blocks away is Rio’s dignified monument to the late Israeli prime minister Yitzhak Rabin; it’s a granite statue in a small hilltop park with a panoramic view of the iconic Sugarloaf Mountain. Rabin’s late widow, Leah, attended the park’s dedication in 2000.

Landsberg talks about — but won’t visit — the suburban Rio slum where a Polish-Jewish criminal society called Tzvi Migdal lured young Jewish girls to South America in the early 1900s. As Isabel Vincent’s acclaimed book, “Bodies and Souls” (Harper Perennial, 2006), tells it, the women were tempted by the promise of a new life, but ended up working as prostitutes; so many of them arrived that they built their own cemetery and synagogue.

More than 1,200 visitors have seen Jewish Rio on 300 tours, Landsberg estimates. Although he doesn’t cover cuisine, there are some options in central Rio if you find yourself jonesing for Jewish food. Former journalist Jose Roitberg and wife, Ana Maria, opened Copacabana’s Chai Delly — “spelled this way because of a trademark, not grammar,” he wrote in an e-mail — to serve kosher and Jewish food “at affordable prices.”

Five kosher shops have come and gone in the past few years, Roitberg says, because high prices — due to taxes and shipping costs on goods — kept customers away. “Now, in Rio de Janeiro, there are only three kosher shops. One of them sells only meat, another more than 80% meat. We are selling meat, cheese, milk, pastas, biscuits, a lot of Israeli stuff,” Roitberg wrote.

Slightly fancier Gutessen, in Leblon, offers delicious, straight-up versions of traditional dishes, like tzimmes, varenikes (dumplings) and cheese kreplach. And on major Jewish holidays, The Bakers offers some Jewish delicacies; when I was in town, it offered a full menu of kosher-for-Passover specialties.

Their fidelity to tradition makes an apt metaphor for the resilient Jewish identity that’s blossomed in Brazil for centuries and continues to thrive today.

Pedro Landsberg can be reached at riotransfers@aol.com. Individual or group tours start at $50/hour for groups of up to five.

The Jews from Ipanema