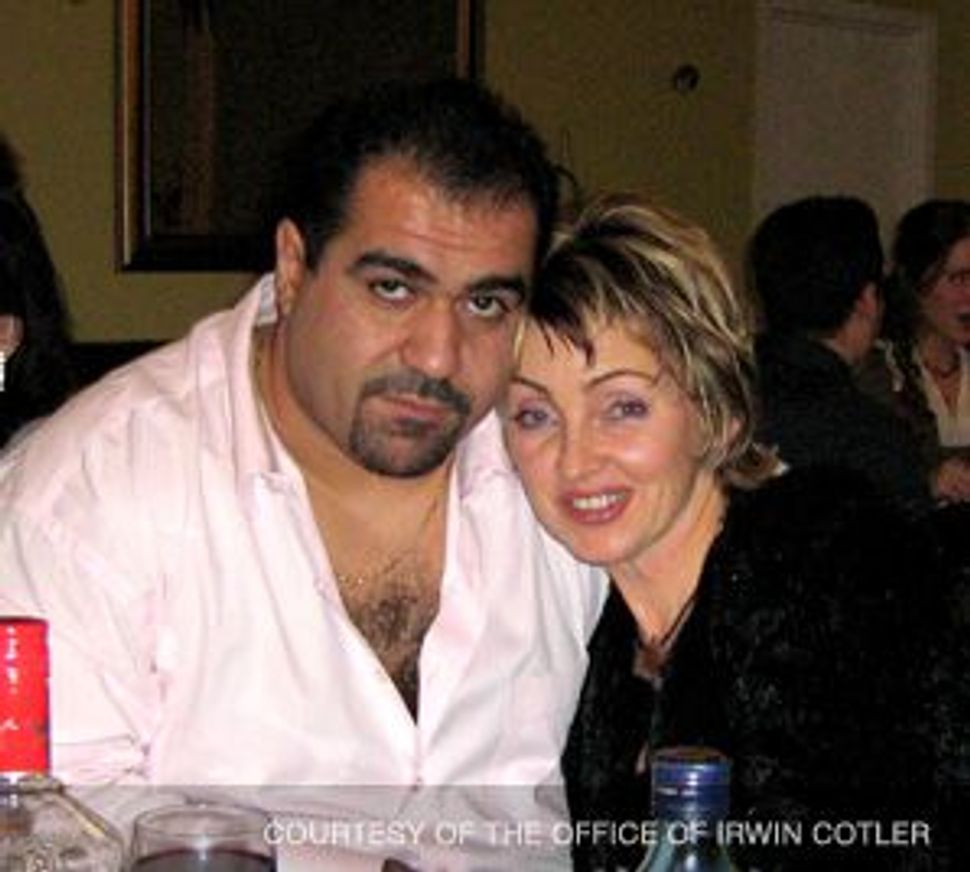 Better Times: Saul Itzhayek in Canada with his wife before he was arrested in India last fall.

Toronto – The imprisonment of a Canadian Jewish businessman in India has become a surprising cause celebre for the leaders of Montreal’s Jewish community. 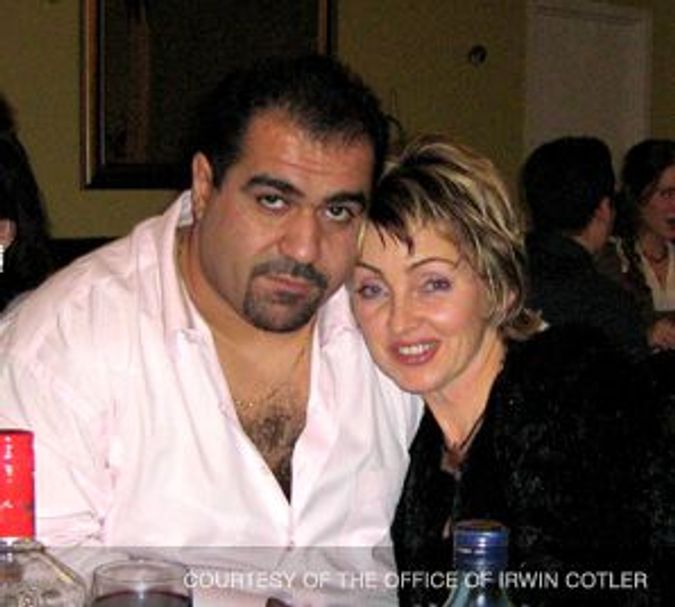 Better Times: Saul Itzhayek in Canada with his wife before he was arrested in India last fall.

The imprisoned man is Saul Itzhayek, who has both Canadian and Israeli citizenship. Itzhayek was convicted and sentenced to three years last May for entering India from Nepal with an expired visa. Itzhayek, who has a wife and two children in Montreal, has reportedly lost 60 pounds while being held in a frigid, rat-infested prison cell.

The 42-year-old Sephardic businessman was not well known in his suburban Jewish community, and no one claims he is a victim of antisemitism. Yet his plight has demonstrated the willingness of the Jewish community to come together in the face of a perceived injustice inflicted upon one of its own. The campaign has included lobbying of Indian diplomats by rabbis and an appeal by Canada’s prime minister.

“This is understood as an issue of simple justice for a Canadian citizen who has gotten caught unjustly in the web of a foreign conspiracy,” said Rabbi Chaim Steinmetz, a leading campaigner on Itzhayek’s behalf.

“The mitzvah of ransoming captives is one with a length history in Judaism going back to the Bible,” Steinmetz added.

An independent trader, Itzhayek traveled to Nepal in early May of 2007 for the first time. He went there to sell heating-oil contracts and electrical components. He sent his driver across the border into India to collect $1,200 that was being wired to him at an Indian bank by his wife so that he could purchase the return portion of his airfare. But when Indian police stopped his driver, they seized Itzhayek’s passport and visa.

According to sworn statements that Itzhayek filed in his defense, the Indian police offered him safe passage into India to collect his travel documents. When he took them up on this, the authorities arrested him for entering the country illegally and allegedly asked for a bribe as the price of his freedom.

His imprisonment set off the extraordinary lobbying campaign by Jewish leaders. In a letter to Canadian political leaders last October, Rabbi Michael Whitman, president of the Montreal Board of Rabbis, warned that the conditions Itzhayek was living under “would almost certainly lead to death.”

Former justice minister Irwin Cotler, who represents Itzhayek’s district in parliament and is a past president of the Canadian Jewish Congress, has repeatedly called upon the Indian government to use its executive authority to release and repatriate him.

“We can’t independently verify what actually transpired,” said Cotler’s executive assistant, Howard Liebman. “We’re taking the conviction as it stands. But even accepting that conviction, on a humanitarian and compassionate basis he should be brought home as quickly as possible.”

In January, Cotler joined an interfaith delegation led by four rabbis, including Rabbi Reuven Bulka, co-president of the Canadian Jewish Congress, that pleaded Itzhayek’s cause with the Indian high commissioner in Ottawa, R.L. Narayan.

“For the most part, Jewish Canadians regard themselves as a family, and they see here a perceived injustice being done. Jews naturally react to injustice,” said the CJC’s CEO, Bernie Farber.

Farber credits Cotler, a former law professor who has handled high-profile human rights cases, with having done more than anyone else to bring Itzhayek’s plight to public attention.

Cotler told a news conference that he felt positive about the meeting with Narayan, who agreed to relay the group’s message to the Indian government. Cotler said the Indian envoy advised the group that Itzhayek must follow through with the Indian legal process and await the results of his appeal.

“If you have to go before the courts, it will be protracted,” Cotler said at the news conference. “Executive remedy in the only route. It is authorized under Indian law.”

Cotler said he stressed to Narayan that the Indian government has the “unfettered discretion” to free Itzhayek unilaterally by pardoning him, suspending his sentence, deporting him or repatriating him in a prisoner exchange.

In the short weekly phone calls with his family, Itzhayek has indicated that his situation has not changed in remote Motihari Prison, where he is the only Westerner incarcerated. He has told his family that he is languishing on a dirt floor and has survived a prison riot. He cooks his own food over a fire in his cell.

“I’m very heartened and touched,” said Itzhayek’s sister, Sylvia, about the outpouring of support from the Jewish community.

“The Canadian Jewish Congress has been absolutely supportive from the beginning,” she said. “It means a lot to our family. There’s been terrible suffering. His parents are elderly…. It’s been very hard on us, and we don’t know when it’s going to end.”