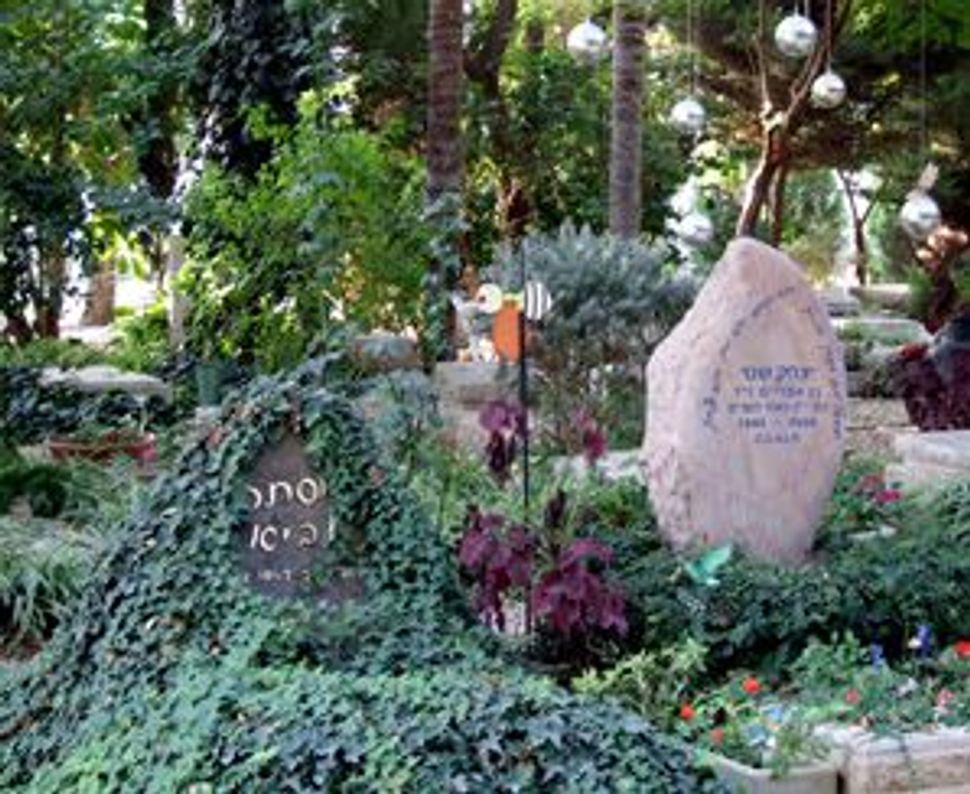 Precious Stones: With most burials in Israel conducted under Orthodox auspices, plots at private secular cemeteries, such as this one at Kibbutz Einat, typically cost $6,500. Recently, however, Jerusalem's ultra-Orthodox mayor announced that the capital will soon have its first secular cemetery.

Jerusalem – Lior Brand, a Tel Aviv businessman in his thirties, has some ideas about death — specifically, his own. 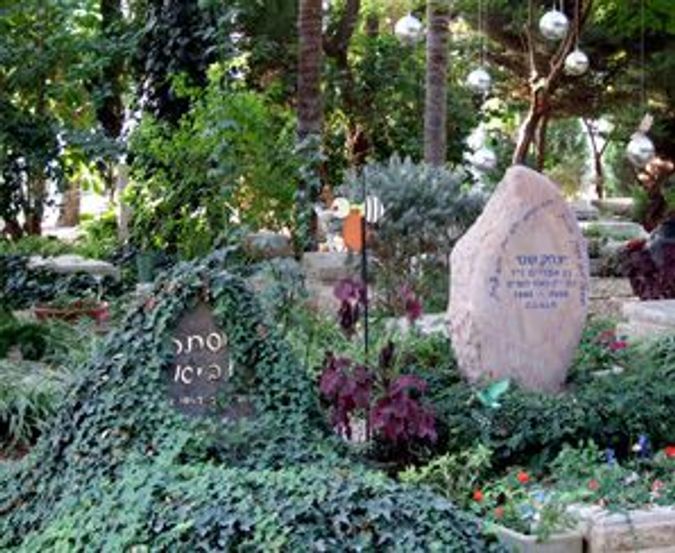 Precious Stones: With most burials in Israel conducted under Orthodox auspices, plots at private secular cemeteries, such as this one at Kibbutz Einat, typically cost $6,500. Recently, however, Jerusalem's ultra-Orthodox mayor announced that the capital will soon have its first secular cemetery. 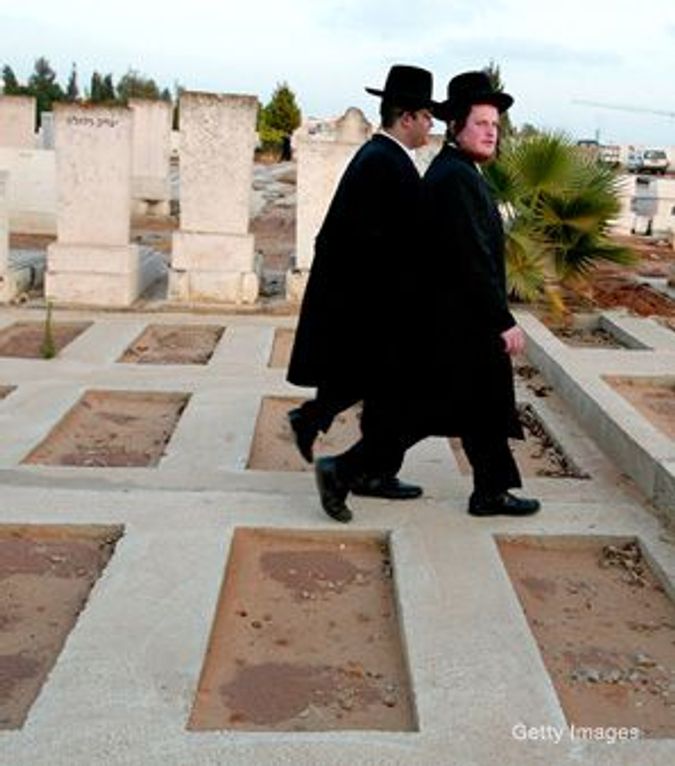 Departure: Jerusalem's mayor recently announced that the city will build a secular cemetery. Until now, burials in the city have been conducted exclusively by burial societies aligned with the Orthodox.

As of two years from now, Brand and other secular Israelis like him will be able to rest in peace, without the piety. On January 31, Jerusalem’s ultra-Orthodox mayor, Uri Lupolianski, made the announcement that the city will build a secular cemetery. Until now, burials in Jerusalem — which are funded by the state — have been conducted by burial societies that are aligned with Orthodox Judaism. This was true even if the deceased belonged to a Reform or Conservative synagogue, or shunned religion altogether.

But now, approximately 12 acres of the capital’s burial space will be devoted to the new secular cemetery. It will be run by a nongovernmental organization called Menucha Nechona, which takes its name from the liturgical phrase meaning “proper rest.” There will be no rules on gender separation at burials, and ceremonies will be run entirely in accordance with the family’s wishes, following any rite or none.

“Jerusalem is a pluralistic city which requires letting each person choose his lifestyle and burial style without coercion of one form or the other,” Lupolianski declared.

Over the decades, the Orthodox-only burial practice offended a number of people — not only because other rites were ruled out, but also because strict gender separation is often enforced through ceremonies and because intermarried couples cannot be buried in the same cemetery.

This resentment has intensified in recent years. In 1996, a court ruling called on the government to provide a non-Orthodox burial for anyone who so desired, but the situation remained the same. A lucrative private market has cropped up, creating a situation in which those without savings must accept an Orthodox burial — unless their families are prepared for them to be buried far south in the one existing public secular cemetery in the Negev Desert — while the better off can afford choice. Some people have begun to take advantage of private burial arrangements on kibbutzim, which typically cost $6,500.

“Burials on kibbutzim are becoming increasingly popular,” said Shalom Naim, who runs the operation on Kibbutz Einat near Tel Aviv. “When we started offering burial 12 years ago, there were 15 a year at first. Five years ago there were 60. Today there are 80 to 100.”

According to Irit Rosenblum, head of an advocacy group that works to break the rabbinic monopoly over lifecycle rites, although the 1996 ruling and the private market have highlighted the issue, it is demographic factors that have forced this move.

Thousands of immigrants from Russia who may have Jewish ancestry but are often not considered to be Jews under Jewish religious law now live in Israel. Some regard themselves as Christians and will be buried in churchyards, but others have a Jewish identity and will want a Jewish burial.

“This makes burial a key issue for the state,” Rosenblum said.

The matter has been raised in Knesset, where the chairman of the left-wing Meretz Party, Yossi Beilin, recently drew a parallel with the Orthodox monopoly over marriage, which leads some citizens to travel to nearby countries to wed under civil law. But, he noted, “secular Israelis can’t just go to Cyprus to be buried.”

This problem leavesMenucha Nechona, which has been entrusted with overseeing the new burial practices, with the task of satisfying two very different groups.

The first group includes people who the Orthodox establishment has traditionally insisted on dealing with even if they would prefer otherwise. This is made up of individuals who are considered Jewish under religious law but may prefer a secular, Reform, Conservative or otherwise non-Orthodox burial.

The second group includes those who consider themselves Jews but are rejected by the Orthodox burial system, because they are not regarded as Jewish by the Orthodox rabbinate according to religious criteria. Menucha Nechona has developed a philosophy for dealing with both constituencies.

The new approach offers a solution for intermarried couples, who until now have been placed in different cemeteries if buried by the state. In the secular cemetery, anybody married to a Jew will be automatically admitted. It also clarifies the situation of people who regard themselves as being in common-law marriages, as well as gay and lesbian couples. In Orthodox cemeteries, a connection is only recognised between blood relatives and couples married under a chuppah. At the secular cemetery, any two people will be able to request adjoining plots.

Non-Orthodox synagogue movements will be permitted to run their own ceremonies.

“This is much needed for us,” said Anat Hoffman, who directs the Reform movement’s Israel Religious Action Center. “In Orthodoxy there is just one way of doing things, which does not suit our members, or many other Israelis.”

“We will be able to allow people to create the funerals they want. If people want Mozart instead of El Malei Rachamim,” she said, referring to the traditional mourning prayer, “that is fine.”