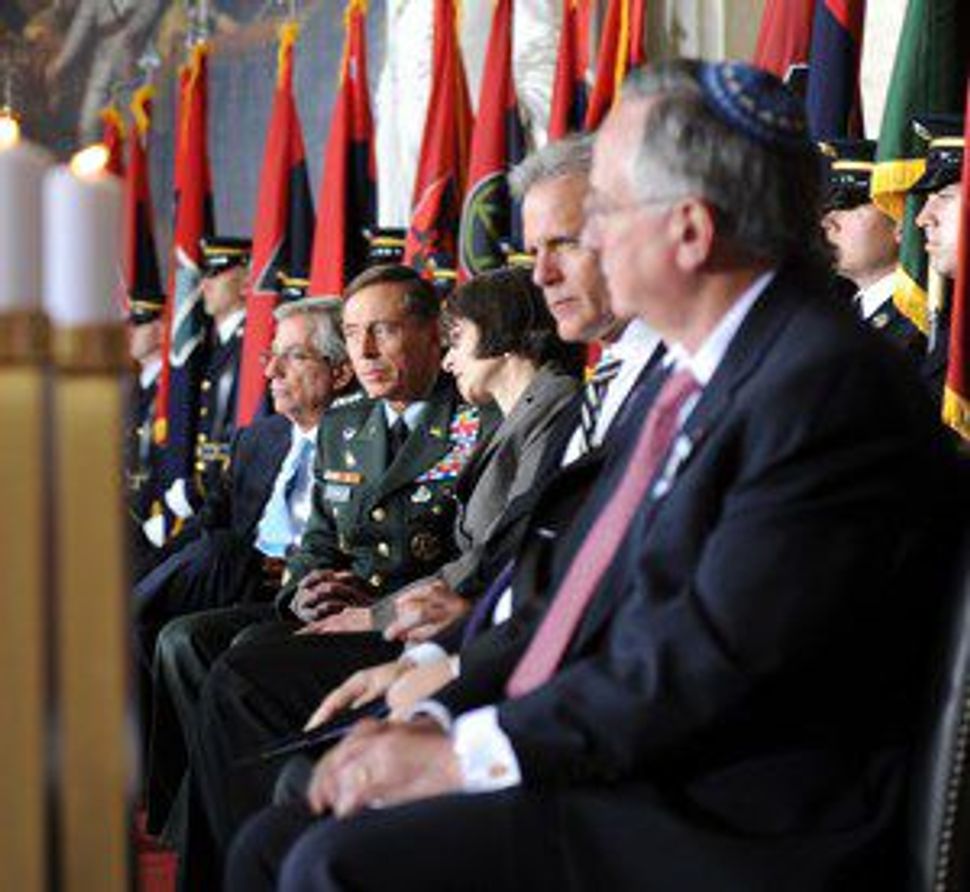 U.S. Army general David Petraeus might have shocked some pro-Israel activists when he openly spelled out the difficulties caused to American military efforts by the lack of progress in the Middle East, but fellow generals were not taken by surprise.

“CENTCOM commanders had always said this was the No. 1 issue that affects everything that goes on in the region,” said Anthony Zinni, who headed the U.S. Central Command, known as CENTCOM, a decade before Petraeus. 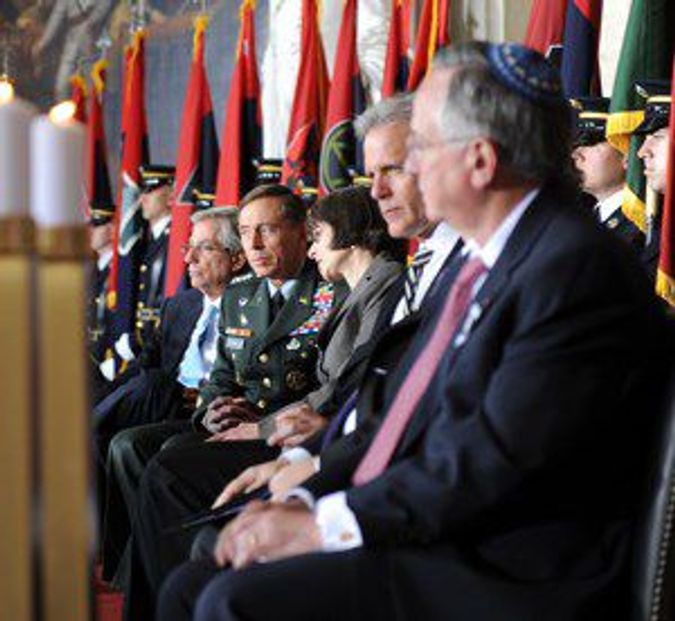 The top brass, or at least those generals who deal with the Middle East, had always been concerned by the ongoing Israeli-Palestinian conflict. But increased attention to remarks by military commanders coupled with growing pressure on Israel from the Obama administration has set off alarm bells among pro-Israel activists. These activists fear that the warnings from uniformed officers will depict Israel as a cause of America’s troubles in its wars in Iraq and Afghanistan.

Petraeus enjoys a special status within the current American military leadership. He is not only the commander in charge of America’s two major wars, but is also responsible for implementing the Obama administration’s most ambitious military undertaking — the attempt to stabilize Afghanistan by increasing troops on the ground and building an effective Afghan army.

Therefore, it was no surprise that a leaked document prepared by Petraeus and presented to Michael Mullen, the admiral who is chairman of the Joint Chiefs of Staff, won widespread media attention. Initial reports on the briefing spoke of a sense within CENTCOM that Israel’s policy is jeopardizing American interests in the Arab world and making the United States look weak in the eyes of its Arab regional partners.

Later, Petraeus moved to correct this impression and stressed that he did not put the blame for lack of progress on Israel and that he should have emphasized Israel’s role as a key strategic ally in the region.

But Petraeus stood firm on the linkage between the Israeli-Palestinian conflict and America’s ability to advance its military goals. “Enduring hostilities between Israel and some of its neighbors present distinct challenges to our ability to advance our interests in the area of responsibility,” he said in a March 17 hearing of the Senate Armed Services Committee. “Arab anger over the Palestinian question limits the strength and depth of U.S. partnerships with governments and peoples.”

The Anti-Defamation League was quick to issue a statement claiming that Petraeus erred in linking progress on the Israeli-Palestinian peace track to achieving other American military objectives. Abraham Foxman, ADL’s national director, said this linkage causes Israel to be seen as the source of problems in the region. “It is that much more of a concern to hear this coming from such a great American patriot and hero,” Foxman added.

But an Israeli military official said the Israeli defense establishment was not alarmed by Petraeus’s remarks. The official, speaking on condition of anonymity, stressed that defense cooperation between the two countries has not been affected by tensions over the Palestinian issue.

Shoshana Bryen, senior director for security policy at the Jewish Institute for National Security Affairs, agreed that there is no cause for alarm. “For years, CENTCOM commanders are meeting Arab leaders who are telling them to dump Israel,” she said, “and the general that is there listens and reports back. He is not empowered to tell them, ‘You’re crazy.’”

Bryen suggested that Petraeus’s remarks this time around drew attention because they “happened to get crossed over to another conversation — about Obama’s policy toward Israel.”

JINSA prides itself on being the key conduit connecting the pro-Israel community and the military establishment. The group takes senior American commanders on trips to Israel and maintains close ties with top brass. Through the years, JINSA — widely considered to be on the hawkish end of the Jewish political map — has built a cadre of high-ranking current and former military officials that share close ties to Israel and its security needs. Several weeks before Petraeus’s testimony, JINSA published an ad, signed by 60 retired generals and admirals, calling Israel an important asset to the United States and warning that “it would be foolish to disengage — or denigrate — an ally such as Israel.”

Zinni argued that concerns voiced by CENTCOM commanders and other officers should not be seen as “some kind of diminishment of our special relations with Israel.”

Zinni, who commanded CENTCOM from 1997 to 2000, said in an April 19 interview with the Forward that he sensed no change in the way that military leaders view the Middle East conflict. “I think many military leaders feel that resolution of the Israeli-Palestinian dispute would go a long way in making our military missions in the Middle East much easier to accomplish,” he said. “It is the biggest issue in the region.”

Zinni said that Arab complaints about America’s backing of Israel in its conflict with the Palestinians came up frequently. “Every time we asked for military and technological cooperation it became an issue,” he said. “Our ability to do things, the image of the U.S., was always weighed against this issue.”

Others in the Obama administration have sounded a similar note. Defense Secretary Robert Gates, who also served in George W. Bush’s administration, recently echoed concerns raised by Petraeus when he said that the conflict is being exploited by America’s adversaries and “does affect U.S. national security interests in the region.”

Fears among military commanders that America, by supporting Israel, could lose its Arab partners in the region date to George Marshall, the retired general who, as secretary of state, warned President Truman in 1948 against backing the newly established State of Israel.

But a former administration official who was involved in military issues said that in the past, generals tended to shy away from speaking openly about the Israeli–Palestinian issue because it was viewed as “fraught with politics.” Why are they speaking out now?

One possible explanation is the greater involvement of America’s armed forces in the Middle East. “This is one of the great ironies of the Iraq War,” said Daniel Levy, co-director of the Middle East task force at the New America Foundation, a liberal think tank. “The war led an entire generation of military leaders to be much more aware than in the past of Arab sensitivities and of the debilitating effect the conflict has on U.S. interests.”

Charles Dunne, former director for Iraq at the National Security Council, who also served in the State Department and the Pentagon, offered another reason for the military’s willingness to enter the minefield of Middle East politics: “Maybe with the Obama administration saying what they are saying on Israel and the Palestinians, Petraeus felt he could express publicly what military commanders have been thinking for years.”