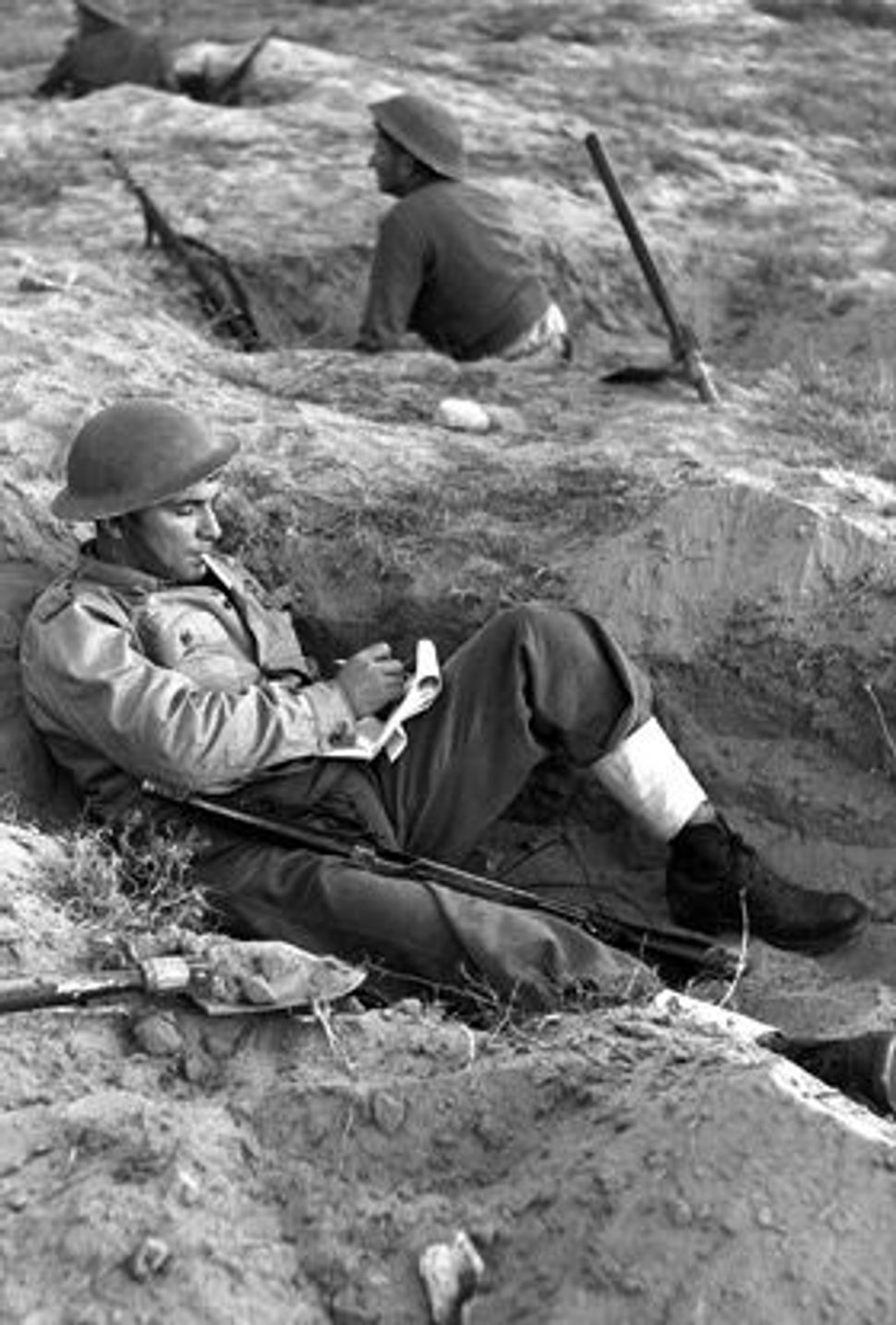 A Tense Moment: Israeli soldiers during the Suez crisis in 1956, the first time that American Jews found themselves citi- zens of a country that opposed Israel?s policies. 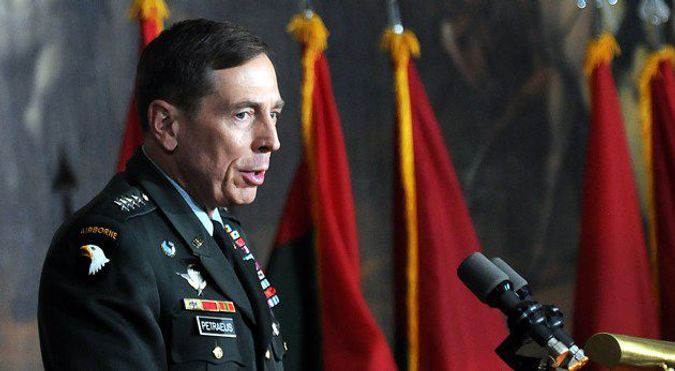 Dual loyalty is an old and nefarious accusation. It has dogged Jews for centuries in any land where they settled and began to feel comfortable — the allegation that their allegiance is to their tribe first and not to their nation. 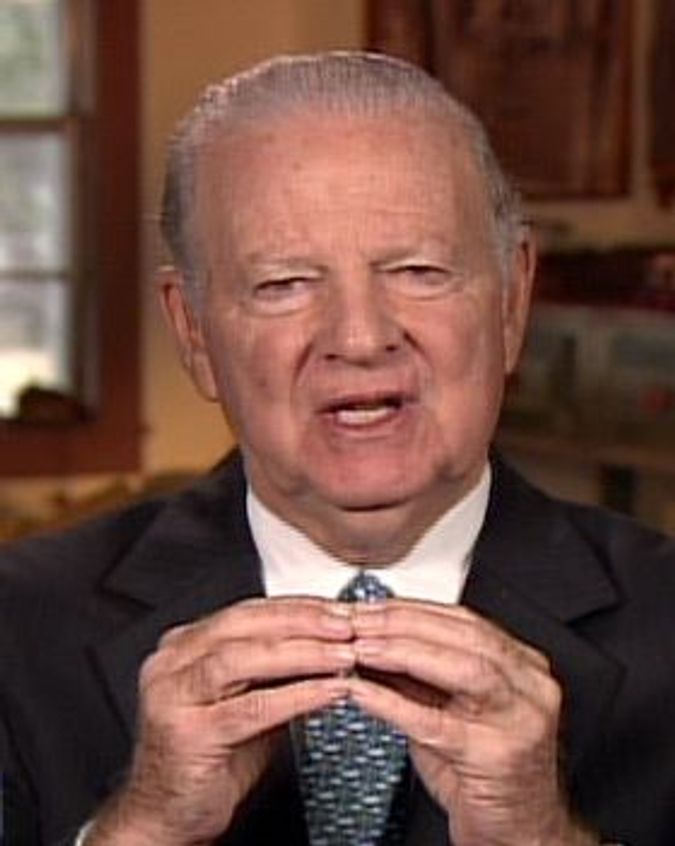 America has been a haven precisely because the moments when this fear has swelled up have been few and far between. Even the existence of Israel, a country with its own set of national interests and its own wars and ways of dealing with them, has not created much of an issue for those American Jews who see themselves as both Zionists and patriots.

So totally aligned have the United States and Israeli governments been for most of the past 20 years that American Jews have not been forced to seriously consider that these two identities could be in conflict.

Since a vice presidential trip to Israel in early March to restart peace talks was spoiled by the unexpected announcement that new housing units were to be built in East Jerusalem, the tension between the two countries has been ratcheting up. The last time anyone can remember it getting this heated was in the early 1990s, during the presidency of George H.W. Bush, when loan guarantees to Israel were made contingent on a settlement freeze.

What most defines this current friction, according to observers, is an explicit link made by President Obama and other high officials, like U.S. Army general David Petraeus, that earlier administrations were reluctant to make: The continuation of the Israeli-Palestinian conflict undermines American national interests and creates problems for America’s expanded presence in the Middle East. 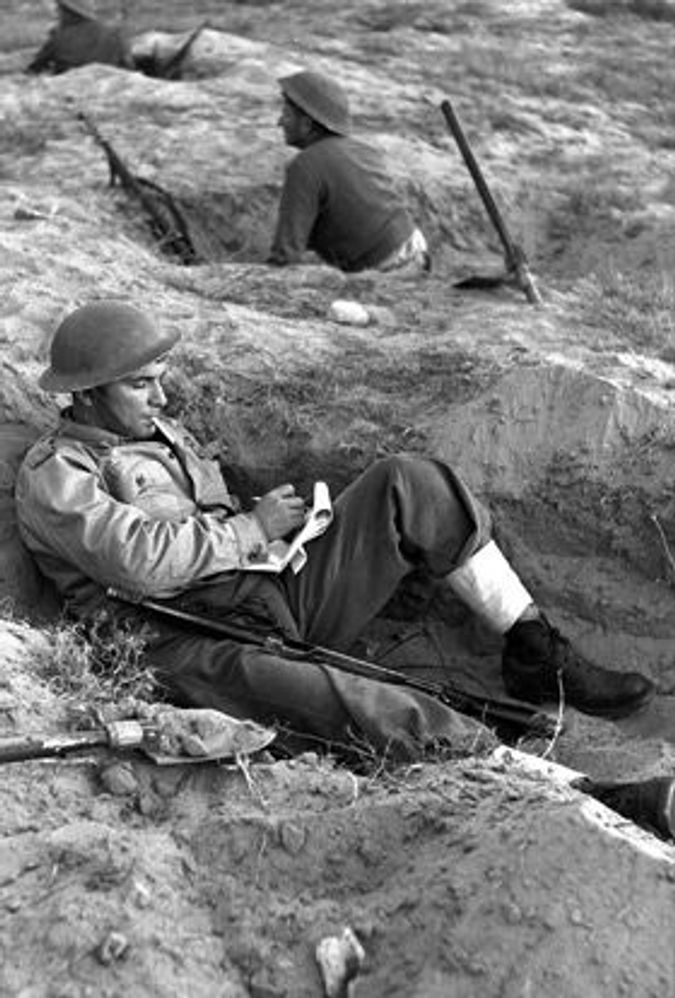 A Tense Moment: Israeli soldiers during the Suez crisis in 1956, the first time that American Jews found themselves citi- zens of a country that opposed Israel?s policies.

In a speech April 13, Obama said that solving the conflict was in the “vital national security interest of the United States” and that such conflicts in fact end up “costing us significantly in terms of both blood and treasure.” It’s not a new position for him. As a candidate, he told journalist and blogger Jeffrey Goldberg two years ago that he saw the conflict as a “constant wound,” a “constant sore” that “does infect all of our foreign policy. The lack of a resolution to this problem provides an excuse for anti-American militant jihadists to engage in inexcusable actions, and so we have a national-security interest in solving this….”

This formulation has opened the door to worries about dual loyalty for the first time in a long time, although the anxieties associated with this accusation might have more to do with the dramatic political changes in both the United States and Israel over the past year.

The worried reaction can be seen among a wide swath of Jewish groups. A press release from leaders of The Jewish Federations of North America announced a rare mass visit to Washington in May “to convey concerns about U.S.-Israel relations.” A recent public letter by the respected Holocaust survivor and Noble laureate Elie Wiesel expressed fear for the future of Jerusalem and subtly criticized Obama, stating, “Pressure will not produce a solution.”

And then there are actual accusations of dual loyalty, such as the anonymous administration official who told blogger Laura Rozen that Dennis Ross, the longtime diplomat and Middle East negotiator and now a special adviser to Secretary of State Hillary Rodham Clinton, “seems to be far more sensitive to [Benjamin] Netanyahu’s coalition politics than to U.S. interests.” Though the quote was anonymous and was denounced by many commentators, it got the attention of some in the Jewish community.

This dual loyalty suspicion was then taken up by Stephen Walt, the Harvard professor who was the co-author of the controversial paper and book “The Israel Lobby,” which alleged undue Jewish influence in American foreign policy. Walt extended the accusation beyond Ross and to any other government officials with any kind of attachment to Israel, a position that one of his detractors, Robert Satloff, executive director of the Washington Institute for Near East Policy, called “McCarthyite.”

“American Jews are happiest when American interests and Jewish interests are fully compatible,” wrote Jonathan Sarna, a professor of American Jewish history at Brandeis University, in an e-mail to the Forward. “World War II or the Iraq war are examples of moments when this seemed to be the case. Whenever there seems to be dissonance between Jewish and American interests (such as during the Suez war or Saudi Arabia arms deal) American Jews grow uncomfortable. Though it happens rarely.”

But Sarna and others point out that a more generalized accusation of dual loyalty seems unlikely to catch on, since American Jews themselves are so divided over the conflict, with a sizable number favoring the president’s position.

“President Obama seems to be following the J Street playbook,” Sarna wrote, referring to the new, left-of-center Israel lobby. “They have long called for an imposed settlement and stronger U.S. engagement. This, of course, makes dual loyalty claims unlikely. But everything will depend on the care the president takes with his rhetoric. The slightest misstep will have serious repercussions.”

Other observers agree that the issue is not so much a conflict between the interests of Jews and those of Americans as a matter of left versus right.

Shaul Kelner, a professor of sociology and Jewish studies at Vanderbilt University, said that since 1977, when the Likud party came to power in Israel, the picture has been more complex. Before then, with one party ruling Israel since its founding, it was possible, Kelner said, “to say that what was good for the party was good for Israel. But since then, the government in Israel has been flipping back and forth between these two camps that have opposing views of what’s in Israel’s best interest.”

The phrase “dual loyalty,” though salient for Jews because of their history, is, according to Kelner, not appropriate to the current situation.

In fact, those American Jews who view Obama’s push toward a settlement of the conflict as progress express no fears of being accused of dual loyalty. On the contrary, they feel their interests are now aligned with the administration’s, if not with the current Israeli government.

“I admit that there is anxiety,” said Robert Wexler, the former Florida congressman who is now the president of the Center for Middle East Peace & Economic Cooperation, a Washington-based think tank. “There are some actors in the political process that make it their business to question the motives of those who seek to end the conflict. And I think that’s a misplaced effort. A continuation of the conflict does not help Israel. Fighting two wars every three years, facing an enemy that is better armed and better equipped each time, that does not help Israel.”

The feeling of anxiety might then be more a result of a shift in orientation to left from right in the American government. While the Bush administration supported a status quo in which the Israelis did not actively pursue negotiations with the Palestinians, Obama has expressed his determination to be more activist in his approach. For those on the American Jewish right, this is bound to cause dismay. Those on the left will look at it as refreshing.

Goldberg said he didn’t think the crisis was as deep as some of the hand-wringing would indicate. But he did say that any charges of dual loyalty, as misguided as they might be, had to be seen as antisemitic because they singled out Jews for holding a position on Israel that is shared by a majority of Americans.

But Goldberg also looked beyond this most recent dustup between America and Israel and toward what he thought should be an even bigger cause of concern for American Jews and Israelis. The only reason that dual loyalty can emerge as an issue is because the attachment that American Jews feel for the Jewish state is assumed as a given, whether it lands on the left or the right. Goldberg wondered if this fundamental loyalty is reaching an expiration date.