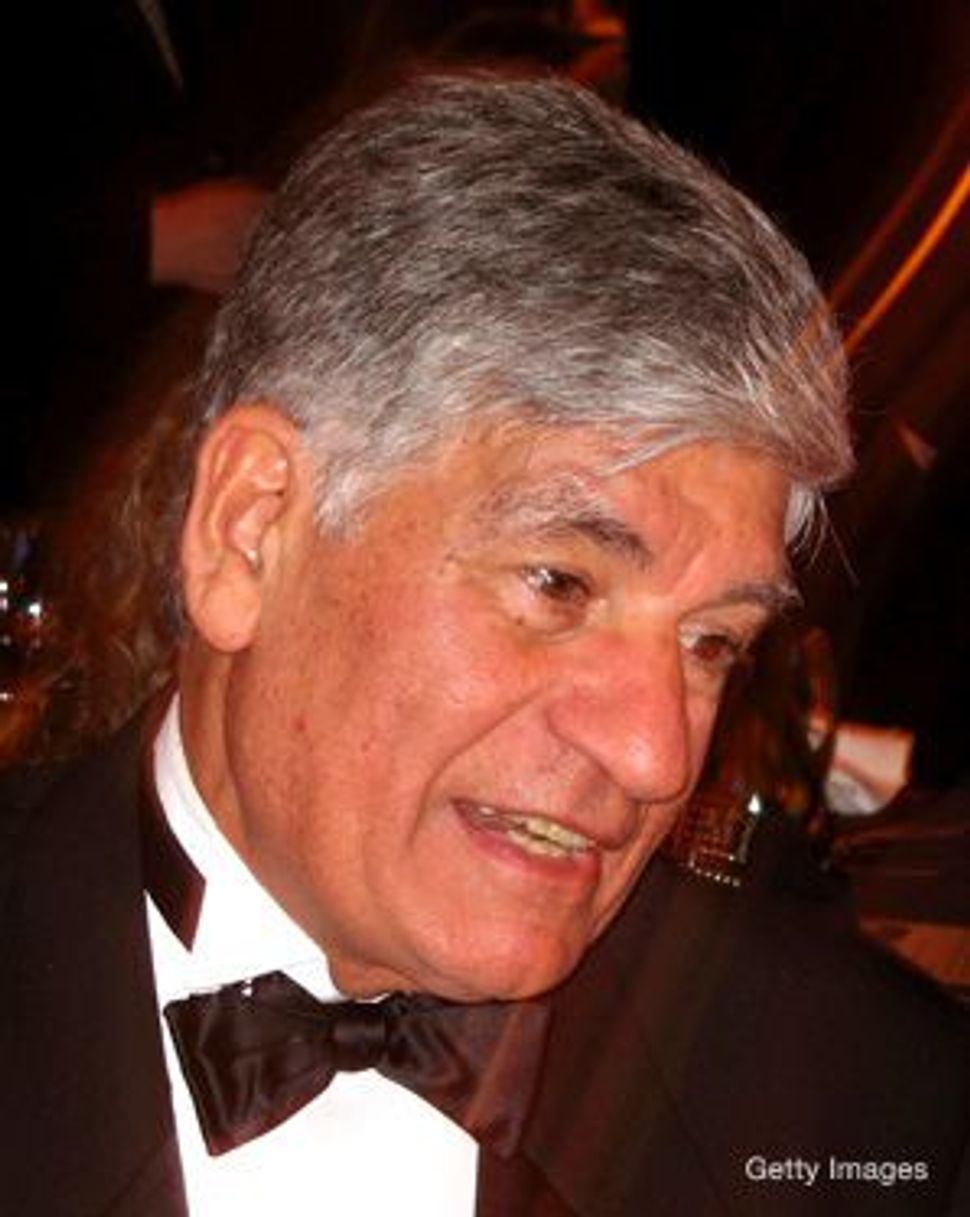 Counselor of Kings: Maurice Lévy was honored by the ADL. 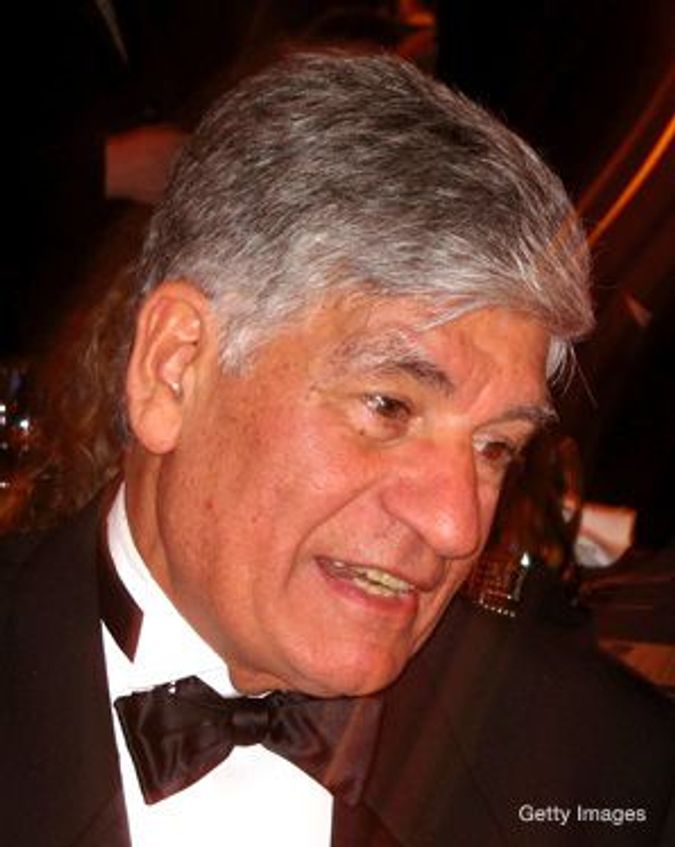 Counselor of Kings: Maurice Lévy was honored by the ADL.

“In France, Maurice Lévy is counselor of kings. Not a single acquisition or merger takes place without asking [Maurice] ‘Qu’est-ce que tu pense?’ — what do you think?” said cosmetics giant L’Oreal chairman Sir Lindsay Owen-Jones, a past Anti-Defamation League honoree. Lévy, Publicis Groupe’s chairman and CEO, was honored last month by the ADL at the Waldorf-Astoria. After greetings by journalist Charlie Rose, a Hasidic tale by Nobel laureate Elie Wiesel and remarks by new ADL national chair Glen Lewy, philosopher Henri-Bernard Lévy (author of “American Vertigo: Traveling America in the Footsteps of de Tocqueville” — and not related to Maurice) paid homage to his fellow Frenchman and Jew.

“Thirty-three years ago in France, you had to choose between being a Jew and French… a kind of blackmail, you could not be both,” the philosopher said. “Maurice chose to be a true deep Frenchman [as well as] an inheritor of his ancestors — a Jew. He broke from the blackmail of Jacobin France, the inheritor of Robespierre [when] you could only be a Jew in a secretive way, a Marrano — Jew inside, gentile outside…. From what I know, Maurice has taken [his Judaism] seriously…. We have no ADL in France, we have Maurice Lévy, a one-man ADL…. [He] is always on the frontline of antisemitism.

The ADL’s national director, Abraham Foxman, spelled out his group’s past and present role to a roomful of guests, many from outside the U.S., and some possibly unfamiliar with the organization’s history. “Among the things ADL and Maurice Levy have in common is a respect and appreciation of… the power of words and the importance of communicating them…. Jewish tradition teaches us that life and death is in the power of the tongue — Jews who pray three times a day ask the Almighty: ‘Keep my tongue from speaking evil.’ We remember that the Holocaust did not begin with gas chambers [but] with hateful words. We know that September 11 did not begin with planes turned into deadly missiles, it began with ugly hateful words.”

In light of the current plethora of antisemitic rhetoric and lies “currently out in the open on the Internet, in the media, around dinner tables,” Foxman touted what he considered the single most important thing the ADL has done to defeat hate in the organization’s 90-year history. “I would point to the Anti-Mask Law,” he said. “In the 1940s and 1950s, when the KKK was at its height, the ADL drafted what became a model anti-mask legislation to force the bigots and the haters to be exposed to the light of day and public scrutiny.” Apropos the “‘new mask — the Internet,” the ADL has responded by “undertaking to unmask the haters.”

“I don’t know what to say,” said a modest Maurice Levy in French-accented English. “After what I heard tonight, [it seems] I have friends who are formidable liars.” Levy recalled being raised in a family where such values as caring, sharing, generosity, honesty, tolerance” were a given. “I try to live up to these values” and “see that they are incorporated into the fabric of [Publicis Groupe], which encompasses 44,000 employees in 104 countries.” One of the world’s largest advertising and communications organizations, Publicis Groupe includes among its acquisitions former Madison Avenue powerhouses Saatchi & Saatchi and Leo Burnett.

A WARM HUMOROUS JEWISH FILM MEMOIR SET IN BRAZIL IN 1970

There is so much Yiddishkeyt and neshome in Cao Hamburger’s “The Year My Parents Went On Vacation,” in story line and music, that the film can be categorized as a Jewish cinema gem. It’s 1970, a period of dictatorship in Brazil and 12-year-old Mauro’s left-wing parents take the boy to stay with his grandfather, Moshe, in Sao Paulo’s Bom Retiro district. Plans go awry and Mauro (Michel Joelsas) ends up living with his grandfather’s next-door neighbor Shlomo (Germano Haiut). The Yiddish-speaking residents in the building “adopt” the youngster and slowly introduce him to his gastronomic roots, including herring for breakfast. All of Brazil is in a frenzy over the upcoming World Cup and the heymish enclave — including the rabbi and bearded yarmulke-wearing congregants — are glued to the TV, rooting for Brazil’s soccer team. Befriended by feisty 11-year-old Hanna (Daniela Piepszyk), a tomboy and soccer fan who operates a questionable business that has the local boys paying and panting, Mauro has his eye on a beautiful waitress. That Brazil won the World Cup (for a third time) is now history. The film’s poignant conclusion also mirrors a facet of Brazil’s history.

Joelsas actually attended a Jewish school, where, like Piepszyk, he auditioned for the film. And like his film character Mauro, Joelsas is the son of a non-Jewish mother and a Jewish father. Though amateurs, the youngsters give stellar performances, as does 68-year-old Haiut (who is handsome enough to give senior females palpitations). In the 1960s, Haiut participated in the Perrnambuco Jewish Community Theater and was also involved in the restoration of Tzur Israel (Rock of Israel) — the first synagogue in the Americas, constructed in 1636 during the Dutch occupation of Recife.

At my interview with Cao Hamburger at the Regency, we were momentarily distracted as Francis Ford Coppola strode past our table. “We held 1,000 auditions in the Jewish community till we found our Hannah,” Hamburger said. “In the 1970’s Brazil had a lighter dictatorship [than in Argentina]…. The government was anti-communist and it was directly tied to the Cold War.” Hamburger told me that the rabbi in the film is based on an actual character. “My grandmother was Jewish. She was from Berlin and taught me to respect those who were different…. She founded a home of Jewish orphan children that still exists…. My father comes from a Jewish family, but my mother is from a Catholic Italian family…. My life has always revolved around dealing with differences. For me making the film [which got great support from the Jewish community] was a journey through my roots.”

Hamburger confirmed what the film notes about the Bom Retiro district. Once a cauldron of ethnic groups and cultures, with a huge Jewish community, it had large Italian, Greek and Arab communities “living peacefully together.” Today Bom Retiro, still one of the largest textile business centers in Brazil, is home to many Korean businessmen and Bolivian immigrants.