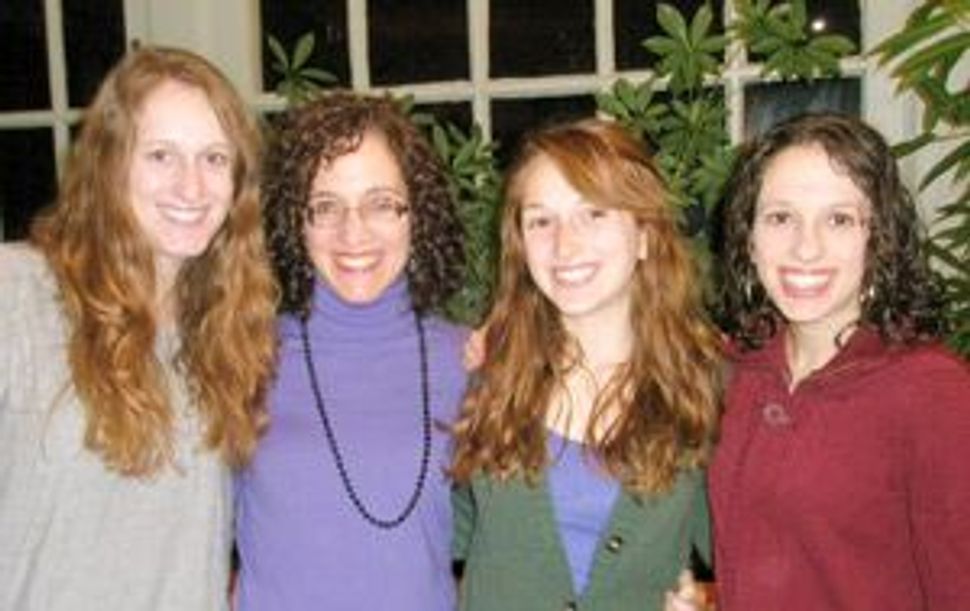 Find a Jewish man. Get married in your early 20s. Give birth soon after. Ultimately become a grandmother. That’s the ideal that many young Jewish girls are raised with. But moms today are ditching old stereotypes and creating new traditions.

They are becoming mothers their own way — having kids later in life, without partners, with same-sex partners and with the help of science — using options that weren’t given to us a century or, in many cases, even a generation ago.

This Mother’s Day, May 9, the Forward is celebrating all moms — modern and traditional — and we asked several Jewish women to share their stories of motherhood. Here are five of our favorites.

Share your story of Jewish motherhood in the comments section at www.forward.com.

The Tale of the Traveling Sperm 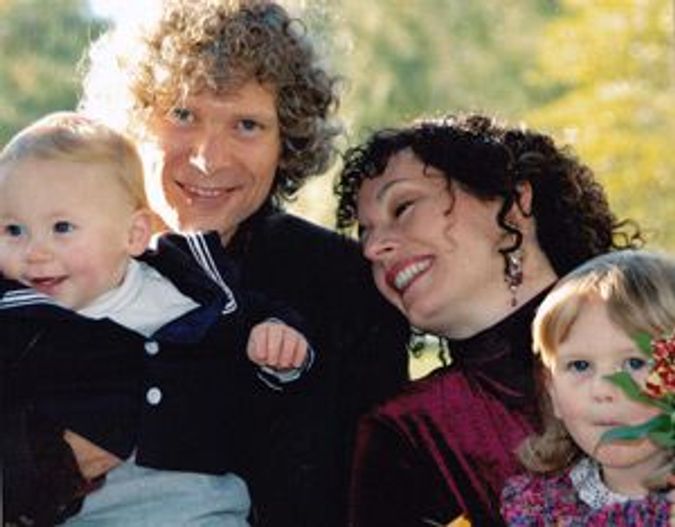 Through my 30s, I longed ever more achingly for a child, but remained incurably single. When I turned 39, I hit my self-imposed deadline, resolved to become a mother on my own and bought eight vials of an anonymous donor’s sperm. Turned out I didn’t need it. On the very day the sperm arrived in my clinic’s freezer, I met the man who would eventually become the father of my children, and even my husband. So I passed the sperm on to my friend, Beth Jones, who had just emerged from an ugly divorce. But no sooner did Beth accept the sperm than she met her own match and had a child. So she passed the sperm on to our friend, Pamela Ferdinand, an incurable romantic. Same story: Pam met her man, Pam had a baby. Was the sperm magic? Perhaps, in a way: I believe that the magic lies in the moment when we take our lives — and our need to become mothers — into our own hands.

Carey Goldberg is co-author of “Three Wishes: A True Story of Good Friends, Crushing Heartbreak, and Astonishing Luck on Our Way to Love and Motherhood” (Little, Brown and Company).

A Mother of Many Labels 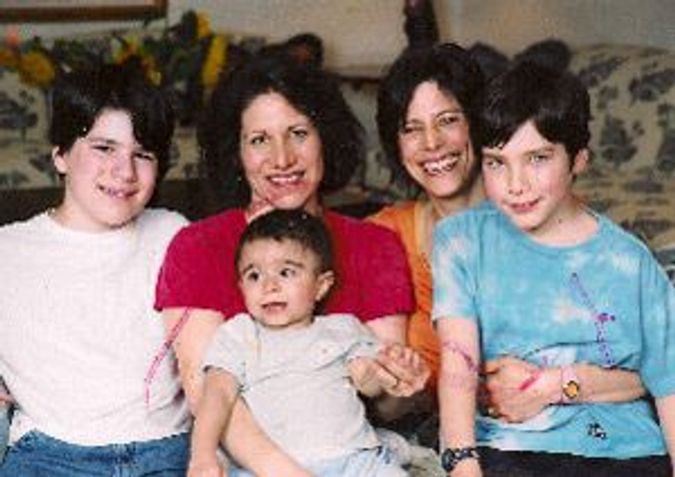 Am I a biological mom? An adoptive mom? A straight mom? A lesbian mom? A young mom? An older mom? Yes.

I’ve experienced being a mother from many perspectives. I was a young, married biological mother of two boys, now ages 15 and 19. After my divorce, I was a single mother in rabbinical school. Now, re-partnered with a dynamic woman, I am a lesbian mother to our 8-year-old. I’m proud of my many labels.

People often react with surprise when they learn I have a college-age son. Perhaps they had me all neatly defined in my current role, and they have to go back and change their mental image.

A friend of mine once said we each die several deaths during the course of our lives. For me, these profound shifts in identity have been most clearly focused on the ways I have mothered. I have been blessed to love some pretty special children, and that’s a tremendous gift, no matter how you label it.

Beat the Clock: Timing Is Everything 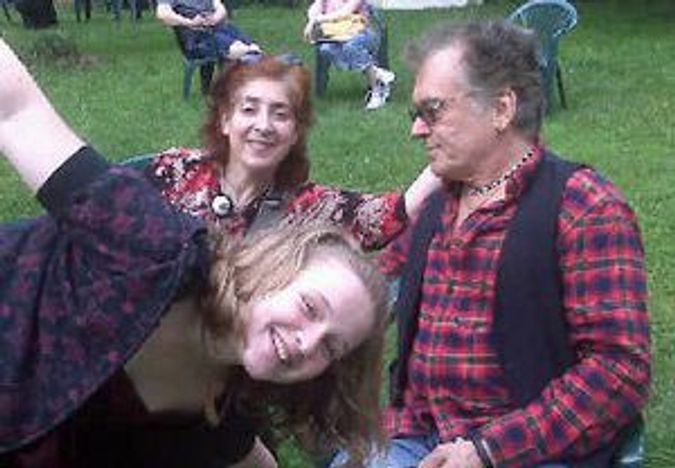 My biological clock never had a battery.

I never wanted children (or dolls, pets or even plants). People told me that once my clock started ticking, I would change my mind. Never happened.

Marrying a man with three children didn’t change things much. His sons were almost grown, and his daughter has a great mom, so I always felt more like the cool aunt than any kind of mother.

And then Johnny’s kids started having kids.

Even though my own mom never pressed me to pop out grandchildren, my main desire became Sean, Sam and Tara reproducing. Which they’ve done — six beautiful babies (Celeste, Caitlin, Sean, Luke, Meagan and Sarah). Not enough! I bite my tongue, really I do. Maybe an occasional subtle hint.

Am I a Jewish mother, after all? It seems that my biological clock was ticking — on grandmother time.

Elinor Nauen is a freelance writer and editor in New York City. Her book “Marriage A to Z” (Cinco Punto Press) comes out next year. 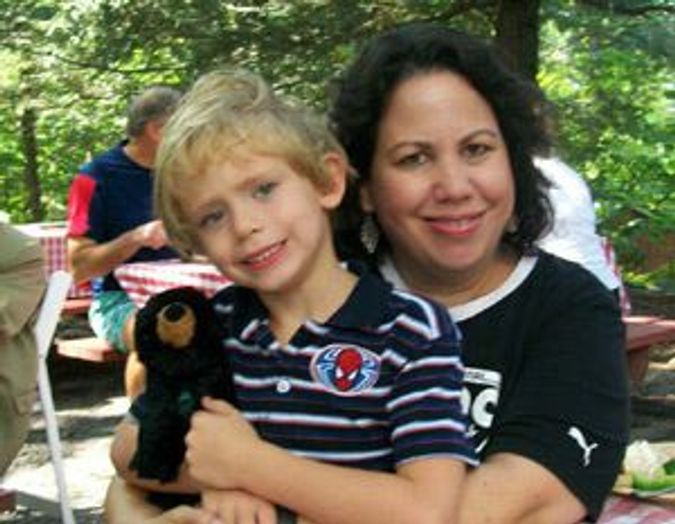 ‘Are you the mom or the grandma?” a stranger once asked me as I exited the ladies room at a local diner with my young son (we were working on potty training). Shocked, I delivered a less than pithy response: “I’m not going to answer that.”

I was 42 when I took on motherhood, after experiencing both fertility and adoption challenges. I never dwelled on age, but as I embarked on mommy-and-me activities, I often felt like the oldest mom at the playground.

“Later” moms, as I call them, are different. Many are in the raging hormonal phase of life, and they may be caring for a young child and an aging parent at the same time.

There are those in society who believe it’s best to be a younger mom. You’ll be around longer for your child, they say. My take on it: Sickness knows no age.

My friends and I often discuss the challenges of being a later mom, one of which is patience. I feel I have less, since I was my own person for so long.

On the flip side, later moms have worked longer, and may opt enthusiastically to parent full time because they’ve tasted professional success. And later moms have wisdom that comes with life, and they know what’s important at the end of the day.

Ultimately, numbers don’t matter. My son doesn’t care how old I am. Love is ageless.

Robin Gorman Newman is the author of “How to Meet a Mensch in New York” (City and Company, 1996) and “How to Marry a Mensch” (Fair Winds Press, 2006). She’s the founder of www.LoveCoach.com and www.MotherhoodLater.com.

No Need To Rush 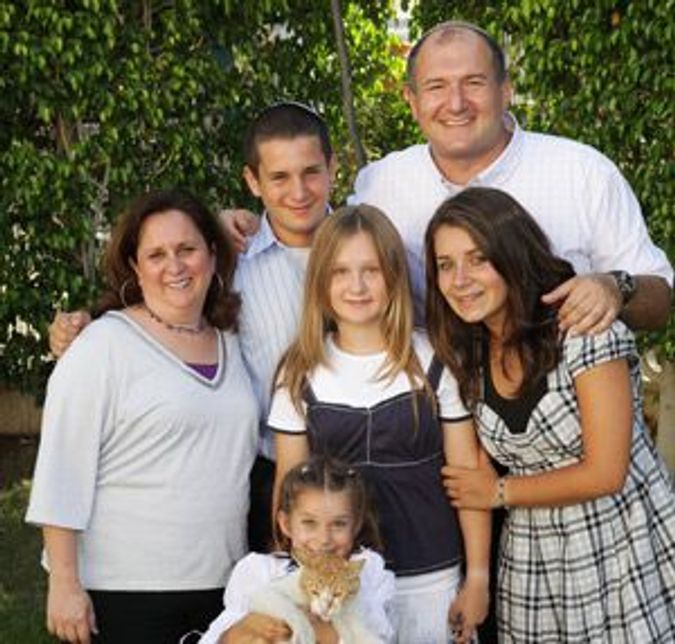 When I became a mother, I was a 23-year-old Orthodox girl from Brooklyn who had been married for all of 14 months. I was doing what most of my friends were doing, or pining to be doing: building a family fast. Today, when I see young Orthodox women on this traditional Jewish path, my heart skips a beat. The vision of youth multiplied reminds me of myself in some ways, but also fills me with fear. They’re so young — too young, really.

Sure, there is a certain beauty in young motherhood, in that “Gilmore Girls” kind of way. Still, I tell my children not to do what I did. The years between completing schooling and building a family are critical for a person’s identity and sense of self. In my rush, I skipped over an important stage of independence that may have provided a critical dose of internal stability. And the intense pressure in the Orthodox community to marry young is in many ways unhealthy.

Not that it matters what I think anyway. When the time comes, my children will do what they want — as it should be.

Elana Maryles Sztokman is an educator, researcher and writer living in Modi’in Israel.

In Defense of Tradition 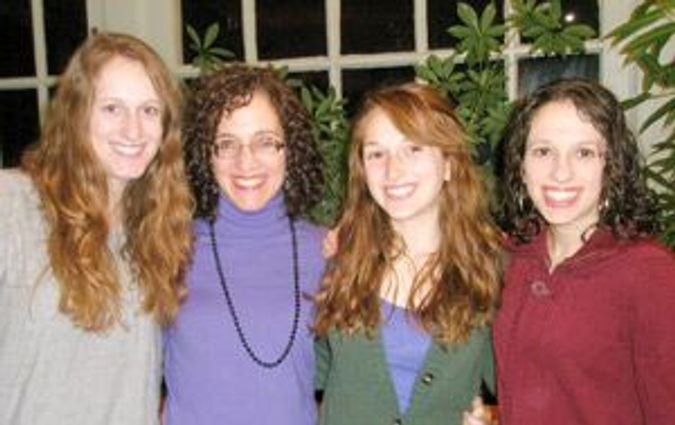 When I gave birth to my first child, I didn’t consider myself a conventional mother. True, I was married and in my late 20s, but I returned to work six months after she was born, a pattern I was to repeat, give or take a month or two, with her two younger sisters. I never fit into the “mommy crowd” at my daughters’ schools. I made terrible Halloween costumes. I brought work along to their basketball games. I couldn’t come close to matching my mother’s skill in knitting and baking.

But our definition of “conventional” has changed, hasn’t it? Today, in my 50s, I feel fortunate to have had my children when I did and in the way I did, enabling me to now focus on my career without juggling the carpool line and the guilt of missed meals. My daughters are becoming spectacular young women, and I am here to enjoy it. And they like to bake! My own mother would be proud.