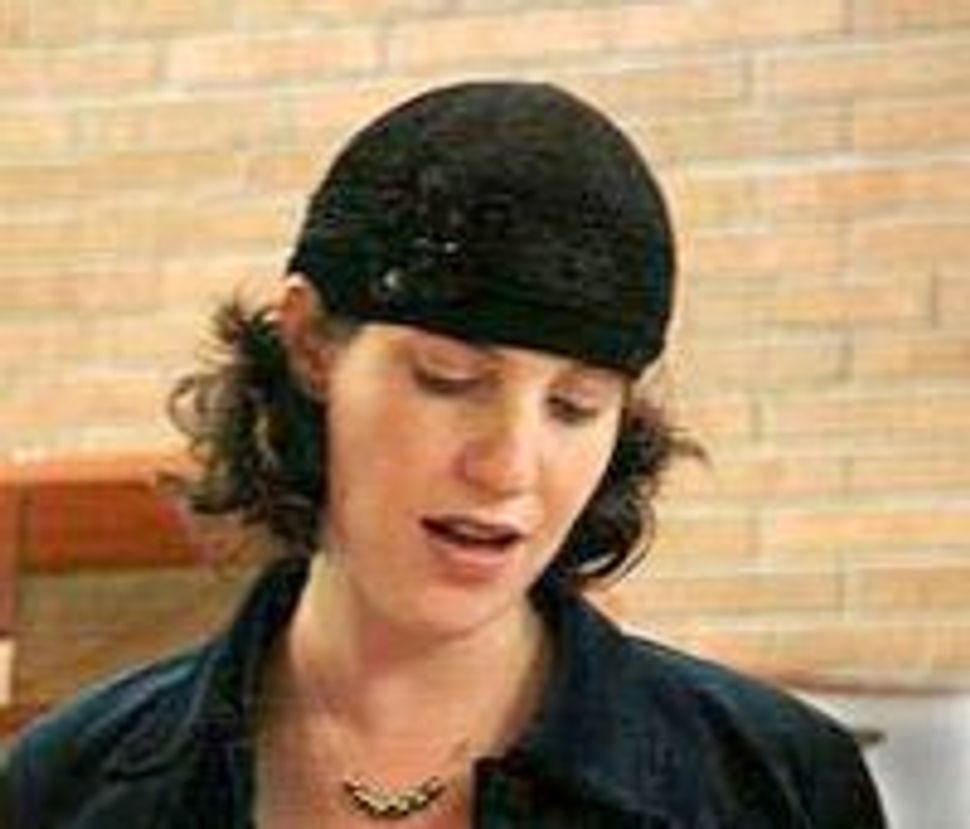 Not Invited: Rabba Sara Hurwitz was busy elsewhere during the RCA conference. Image by MELANIE HuRWITz

The Rabbinical Council of America, centrist Orthodoxy’s largest rabbinic association, has officially shut the door on the idea of having women in the Orthodox rabbinate. Yet, female Orthodox religious leaders and some of their key supporters took heart from the vagueness of the resolution the group passed. The loopholes they saw in it gave them room to continue their work. 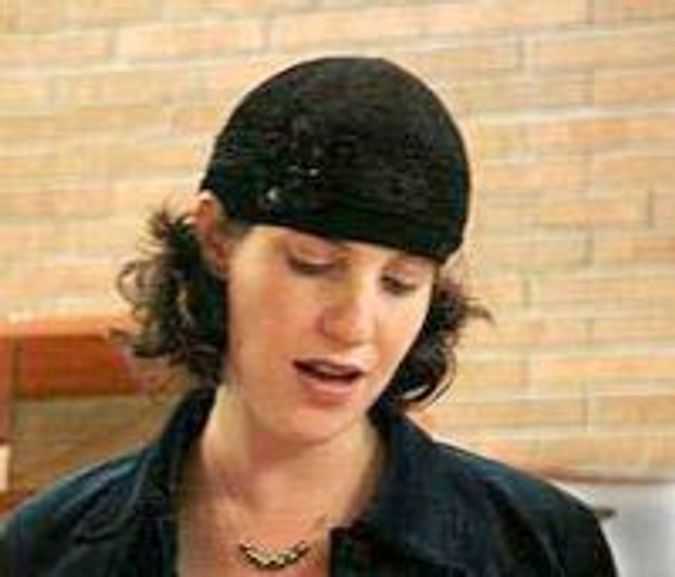 Not Invited: Rabba Sara Hurwitz was busy elsewhere during the RCA conference. Image by MELANIE HuRWITz

The RCA resolution, passed at the group’s annual convention April 26, declared firmly, “We cannot accept either the ordination of women or the recognition of women as members of the Orthodox rabbinate, regardless of title.”

Advocates for female Orthodox clergy, however, pointed out that the resolution did not invoke Halacha, or Judaic law, but instead referred to a more nebulous principle of “sacred continuity” as the basis for the prohibition. And neither the resolution nor RCA leaders questioned afterward offered a definition of what kind of responsibilities or assumption of authority would constitute a trespass by women into the forbidden rabbinic role.

“Everybody’s waiting for fire and brimstone, and what we got was a little burning ash,” said Carol Kaufman Newman, president of the Jewish Orthodox Feminist Alliance. “And that’s good.”

Indeed, the RCA’s own press release on the resolution stated that it did not seek to delineate “a specific menu or roadmap of appropriate or inappropriate roles and positions” for women. And the RCA’s president, Rabbi Moshe Kletenik, said in a press conference afterward, “We have left the latitude for rabbis to be able to exercise within their own communities the ability to create and to encourage appropriate roles for women.”

The resolution was the culmination of a process that began in late January, when Rabbi Avi Weiss of the Hebrew Institute of Riverdale announced that Sara Hurwitz, a spiritual leader at the Hebrew Institute, would use the title rabba. The decision raised objections from many in the Orthodox community, and following discussions with the RCA, Weiss agreed not to bestow the title upon any other woman.

At that time, Kletenik told the Forward that the RCA would address “in great detail at our upcoming annual convention

what exactly are the appropriate modalities of women’s leadership within the Jewish community and within the synagogue.” RCA leaders cited the resolution as the culmination of this effort.

Hurwitz, reached April 26, said she did not attend the RCA convention. “I wasn’t invited,” she said, laughing. While her role in Orthodox leadership was being debated in Scarsdale, N.Y., Hurwitz said she was learning how to raise money for Yeshivat Maharat, the women’s Torah institute she heads, and would be spending the rest of the week teaching classes at her synagogue and recruiting students for the yeshiva.

“Yeshivat Maharat continues to be committed to creating and training spiritual leaders to serve our community, on university campuses, in synagogues and in schools, within the framework of Jewish law,” Hurwitz said.

The RCA resolution is clear in banning the ordination of women, and this could be problematic for Yeshivat Maharat, whose website refers specifically to ordination. But Hurwitz said that for some time, the yeshiva has been referring to its actions as “confirming spiritual and halachic leaders.” She said it would continue with that language.

“It seems to me like they’re leaving open the possibility for women to function as leaders, depending on which community they’re in,” Hurwitz said.

Asher Lopatin, a center-left Modern Orthodox rabbi from Chicago who attended the convention, said that the purposefully vague language barring female rabbis didn’t go nearly as far as it could have in excluding women from spiritual leadership roles.

Lopatin pointed out that the resolution does not say that women serving as rabbis is a violation of Halacha, or that it is outside of Orthodoxy. Further, he said that the document does not ban women from the Jewish “clergy,” as distinct from the rabbinate. Asked the difference between the two, he replied, “I don’t know.”

Lopatin said that he would have preferred if the document said that the RCA cannot “currently” accept women into the Orthodox rabbinate. But he said he was not willing to oppose the resolution on that point.

“It really reflects a strong desire for unity amongst the Orthodox rabbinate,” Lopatin said.

In contrast to previous yearly meetings, the RCA convention, which ran from April 25 to April 27, was closed to the press. One leader cited the “delicate nature” of the discussion on women in the rabbinate. The conference took place at the Young Israel of Scarsdale, a synagogue affiliated with the more traditional end of the religious spectrum under the RCA’s umbrella.

“While we encourage women to use their skill, their talent, their learning, to fulfill respected and important positions within communal life, we have also drawn parameters beyond which there are problems,” Kletenik said.

The representatives would not comment on whether any rabbis would need to redefine the current roles of women on their synagogue staffs so that they are in compliance with the resolution.

Kaufman Newman said that ordination for women was just a matter of time. “Fifty years ago, I don’t suppose we could have imagined women in the positions they are in now,” she said. “But the landscape changes. Who knows what will happen in 50 years?”

Blu Greenberg, a longtime activist who founded the Orthodox feminist movement, was less sanguine. “There are many positive aspects to the RCA statement,” she wrote in an e-mail to the Forward. “But in other ways it represents a step backwards. For two decades now, Orthodox women, holding a variety of titles, have filled religious leadership roles equivalent to those of male Orthodox rabbis.”

Two young Jewish activists also were unhappy with the resolution’s language. Jordanna Birnbaum and Michelle Kornblit, both undergraduates at New York University, had circulated a petition prior to the convention, calling on the RCA to open spiritual leadership roles to women. The petition garnered more than 1,400 signatures. In a joint statement sent to the Forward following the release of the resolution, the two wrote, “We are deeply disappointed that the RCA resolution has not recognized the need for religious leadership to reflect the constituency it serves.”

Reports from inside the convention indicated that the atmosphere was collegial.

“To a certain degree, people having shared many of those passionate feelings in advance made this a forum which didn’t need to reiterate them,” said Chaim Marder, the rabbi of the Hebrew Institute of White Plains and a former RCA officer. “Instead it became a forum for talking about how we find a point of livability together.”

While the convention’s focus was on the issue of women’s roles, other resolutions that passed included one warning of the dangers of interacting with what it termed “General Society.” The resolution stated that the Modern Orthodox community should discuss “limits and safeguards” to interaction with “surrounding culture,” given “the terrible toll that it has taken on all too many of our people.”

Other resolutions committed the community to combating child abuse, and to expanding the recently initiated program that applies ethical standards to the kosher food industry to include other professions and fields.