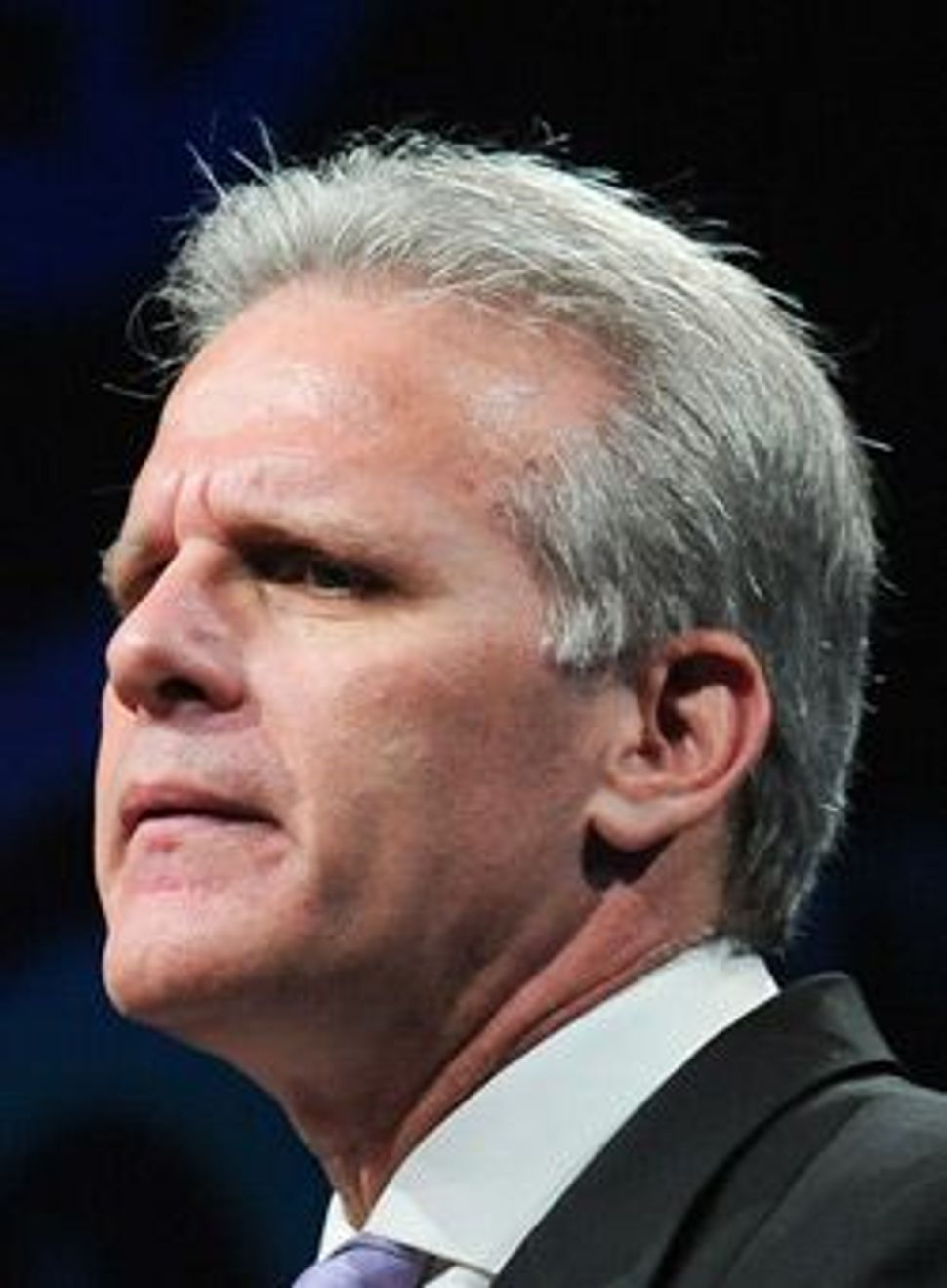 Two months after being aggressively heckled by Muslim students in a high-profile incident at the University of California, Irvine, Israel’s ambassador to the United States is getting a chilly advance reception at a school one might have expected to be friendlier turf: Brandeis University. 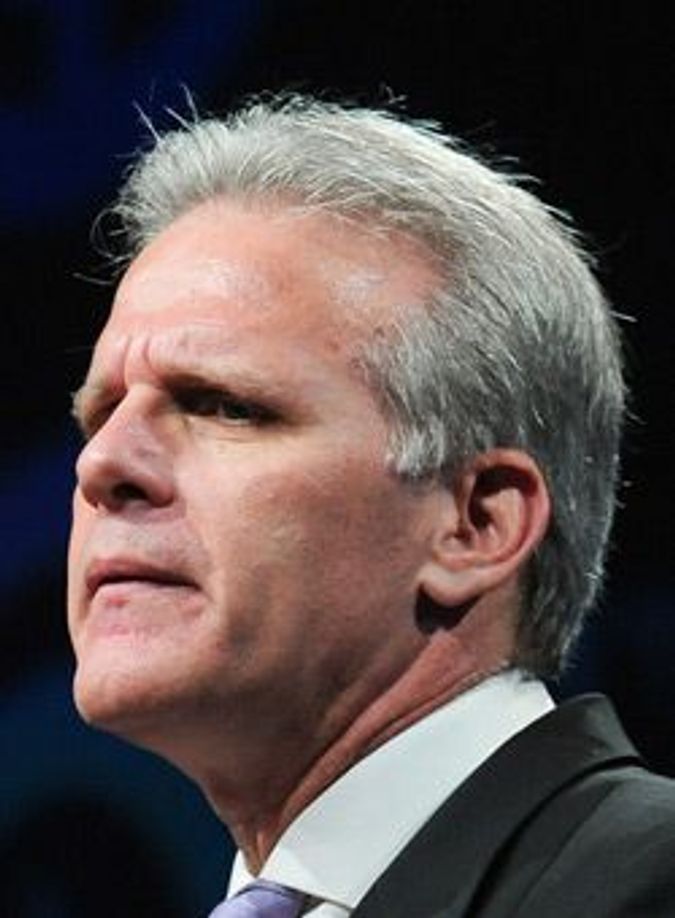 The announcement that Israeli Ambassador Michael Oren would be delivering the commencement address at Brandeis’s May 23 graduation ceremonies has sparked a raging controversy at America’s only Jewish-sponsored, nonsectarian university.

A number of students and faculty members have denounced the university administration’s selection of Oren. The critics argue that the choice risks turning the graduation ceremony into a politically polarizing event.

“Mr. Oren’s invitation constitutes at best naiveté and at worst disregard concerning the reality of the range of student political orientation on this campus,” the school’s student newspaper, The Justice, wrote in an April 27 editorial.

The newspaper called Oren “a divisive and inappropriate choice for keynote speaker at commencement” and said that the ceremony is “not a forum for academic or political debate.” The Justice editorial added, however, that the honorary degree Oren would be receiving at the ceremony was deserved and that he would be an “excellent choice” to speak in other contexts on campus.

Other students have defended the choice of Oren.

“I’m really disappointed with the way that people are responding” to the selection of Oren, said Rebecca Schlangel, a Brandeis senior and a president of the Brandeis Zionist Alliance. “They sort of just hear that there’s somebody who’s connected to Israel and they… just jump on that.”

The controversy over the Oren invitation has some similarities with debates over Israel that have intensified on college campuses across the country. But it also reflects tensions that are peculiar to Brandeis.

Named after Louis Brandeis, the first Jewish Supreme Court justice and a leading American Zionist, Brandeis University has long faced challenges in trying to balance its commitments to the Jewish community and to its nonsectarian character. While the Waltham, Mass., university has no official statistics on the proportion of Jews in its student body, Hillel: The Foundation for Jewish Campus Life has estimated that Jewish students represent about half of the school’s undergraduates.

Brandeis’s senior vice president for communications, Andrew Gully, said that Oren was chosen more for his academic work than for his role as Israel’s ambassador. The American-born Oren is a historian and the author of highly regarded books on the Six Day War and on the history of America’s engagement with the Middle East.

Brandeis’s president, Jehuda Reinharz, told The Justice that with Oren giving the commencement address, students “can see somebody whose job it is to represent an important country in the Middle East and who also is a great historian, and I mean a great historian, speak about an issue that is constantly in the press, constantly part of American/Israel relations.”

Student and faculty critics, however, argue that Oren’s position as Israeli ambassador makes him an inappropriate choice.

“His role obligates him to defend Israeli policies,” said Gordon Fellman, a Brandeis sociology professor. “That includes defending the Israeli incursion into Gaza, housing policies of the occupation, and so on. And I think for many people that’s a third rail. And why mess up a commencement with a third rail?”

Jeremy Sherer, president of the Brandeis chapter of J Street U, the collegiate arm of the dovish Israel lobbying group J Street, offered a different criticism. In an opinion article in The Justice, Sherer wrote that while he personally disagreed with the politics of the current Israeli government, his bigger concern was that the choice of Oren would alienate graduating seniors who are not Jewish and who may be made to feel like outsiders on their last day at the university.

J Street’s national office distanced itself and its collegiate arm from Sherer’s article. J Street’s director of policy and strategy, Hadar Susskind, said in a statement that his group was “pleased that the Ambassador has accepted this invitation.”

Oren is not the first gradu- ation guest to spur a controversy at Brandeis. In 2006, the Zionist Organization of America criticized the university for awarding an honorary degree to playwright Tony Kushner, a longtime critic of Israeli policies. In 1994, Brandeis faculty members protested granting an honorary degree to former American ambassador to the United Nations, Jeane Kirkpatrick. They were opposed because of her involvement with the Reagan administration’s policies toward Latin America.

Like many campus debates, the current dispute over Oren has a strong online component. Facebook groups have been set up on both sides of the issue, including one called “Commencement Was Supposed to Be About Us: Against Michael Oren as Speaker” and another titled “Those who are in favor/don’t have anything against Michael Oren.” The groups had between 150 and 200 members each at press time. Not all of the members, however, appear to be Brandeis students.

An online petition whose signatories threatened to “consider skipping” commencement if Oren spoke collected more than 100 signatures. It was not clear how many who had signed were Brandeis students.