Why the COP Is Taking a Moderate Approach to Obama 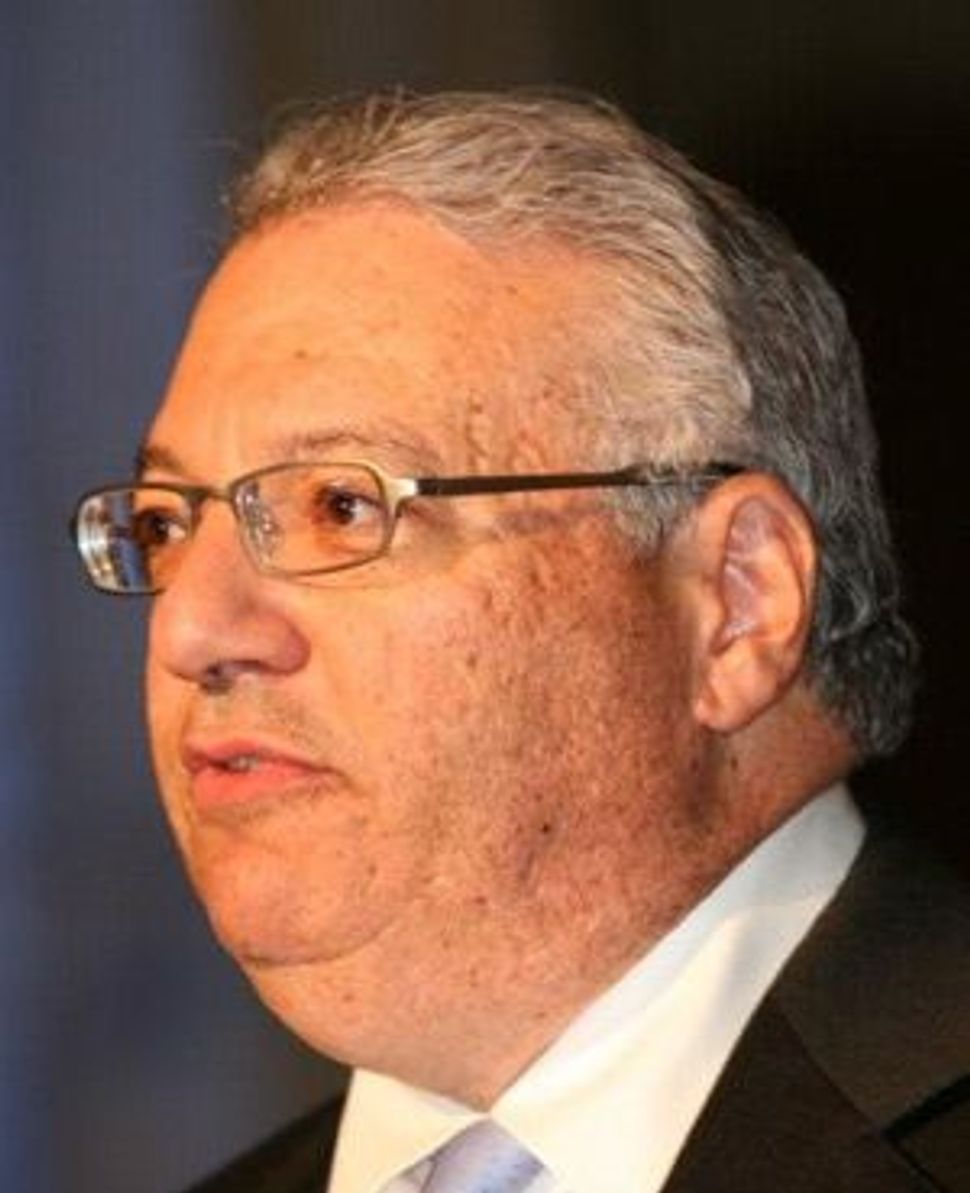 The growing sentiment within the organized Jewish community was unmistakable. Amid recent fears of a crisis in relations between Washington and Jerusalem, key players were calling on the community to take off its gloves.

Yet when the umbrella group responsible for addressing the administration on behalf of American Jewry finally spoke, it was with measured words that carefully avoided direct criticism.

“Differences that may arise should be addressed directly between [Israel and the United States] in accordance with their historical relationship,” counseled a March 28 statement from the Conference of Presidents of Major American Jewish Organizations in its strongest section. “Israel,” the statement reminded readers, “is America’s closest ally and proven reliable friend in the Middle East.”

The Presidents Conference has surprised many by striking a moderate tone during the recent period of U.S.-Israel tensions — a stance in contrast to the harsh criticism that has been hurled at the administration by other Jewish groups and activists.

Many Jewish leaders attribute this to the group’s current lay leader, Alan Solow. Solow’s close personal ties to President Obama could challenge conventional views of the Presidents Conference as an agent of the more hawkish wing of the Jewish community.

Tensions between the United States and Israel began waning in late April, after weeks of public

pressure by the Obama administration on the government of Benjamin Netanyahu. The main point of contention between the two was the establishment of new, exclusively Jewish housing developments in predominantly Arab East Jerusalem. The Israeli moves came just as U.S. officials were striving to bring Israel and the Palestinians to participate in indirect proximity talks.

It was a series of public gestures from the administration that ultimately helped cool the debate. In speeches at a series of Jewish and pro-Israel events, senior administration officials began stressing a single message, describing the bond between the United States and Israel as “unshakable.” And, on April 26, Obama himself dropped in on a meeting between his National Security Advisor Gen. James Jones, and Israeli Defense Minister Ehud Barak, who was on an official visit to discuss the two governments’ postures toward Iran’s development of its nuclear capacities.

“The president reaffirmed our unshakable commitment to Israel’s security and our determination to achieve comprehensive peace in the Middle East,” White House spokesman Robert Gibbs said following the meeting.

During this tense period, an April 20 letter from Obama to Presidents Conference chair Solow served as the most direct high-level communication between the administration and the organized Jewish community.

“Since we have known each other for a long time,” Obama wrote his Chicago friend, “I am sure you can distinguish between the noise and distortion about my views that have appeared recently and the actual approach of my administration toward the Middle East.”

This letter, too, was part of the White House campaign to win back Jewish public opinion amid concerns that the community was growing openly skeptical of the president’s Middle East policy. But it was also seen as possible proof that the moderate approach taken by the Presidents Conference had paid off and succeeded in creating open communication channels with the White House.

Two statements issued by the Conference of Presidents in March reflected its cautious approach. The March 28 statement, for example, simply asked the administration “for action that reflects the special relationship between the United States and Israel in order to advance the cause of a true peace in the region.” This contrasted with statements from other key groups such as the Anti-Defamation League and the American Israel Public Affairs Committee that openly criticized the administration’s approach to Israel.

The statements issued by the Presidents Conference were the product of several conference calls led by Solow and by the umbrella group’s powerful executive vice chairman, Malcolm Hoenlein. Sources informed about these talks and about other communal exchanges said that some member organizations as well as former leaders of the Presidents Conference had called for a harshly worded statement that would directly express disapproval of Obama’s treatment of Israel.

“There was a lot of pressure from organizations to be critical of the administration and he [Solow] understood that it would be counterproductive,” said Rabbi Eric Yoffie, president of the Union for Reform Judaism.

Asked about this, Solow said, “We tried to express the community’s concern… in a respectful manner that would maintain good ties with the White House, because that is an important goal from the standpoint of the Jewish community.”

Solow, a Chicago lawyer and philanthropist, has been a supporter of Obama since the latter first walked onto the Illinois political stage in 1995. But, as Presidents Conference chairman, Solow has not always refrained from criticizing administration officials. In December, Solow bluntly condemned remarks by Hannah Rosenthal, the administration’s Special Envoy to Combat and Monitor Anti-Semitism, after she was quoted criticizing Michael Oren, Israel’s ambassador to Washington.

The Conference of Presidents, founded in 1956, now represents 52 Jewish organizations. It was set up to serve as the communal voice on policy issues, especially those relating to Israel, in the Jewish community’s relations with the administration. The organization’s decisions are supposed to reflect a consensus among member groups, but such decisions are rarely brought to a vote. Most statements and positions are formulated by leaders of the umbrella organization after consulting by phone with some or all of the members.

Groups on the dovish end of the Jewish spectrum have often been at odds with Presidents Conference positions. They see its recent approach to U.S.-Israel tensions as a positive change.

“The conference actually did a pretty good job,” said Yoffie. “[It] refrained from joining the chorus of criticism that is at times hysterical without reason.” Yoffie credited Solow with striking a “good balance” among the community’s disparate voices. “He is a strong chair and understands the need for a balanced approach,” he said.

Solow disputed the notion that his close ties with Obama have caused a shift in the umbrella organization’s stance. “It is natural for us to be seen as less hawkish when there is a Democratic administration, but this is more in perception than in policy,” he said.

But as the balance tips to one side, some on the other feel frustrated.

“I’m disappointed,” said Morton Klein, national president of the Zionist Organization of America and a leading critic of the administration’s Middle East policy. “The conference should have criticized Obama for his actions and his remarks on Israel.” Klein said the recent Presidents Conference statements reinforced concerns he had when Solow took office as chair of the umbrella group. “I love Alan, but I think it was a mistake to appoint a person close to the president as chair of the Conference of Presidents,” he said. “That puts him in a difficult position.”

Why the COP Is Taking a Moderate Approach to Obama