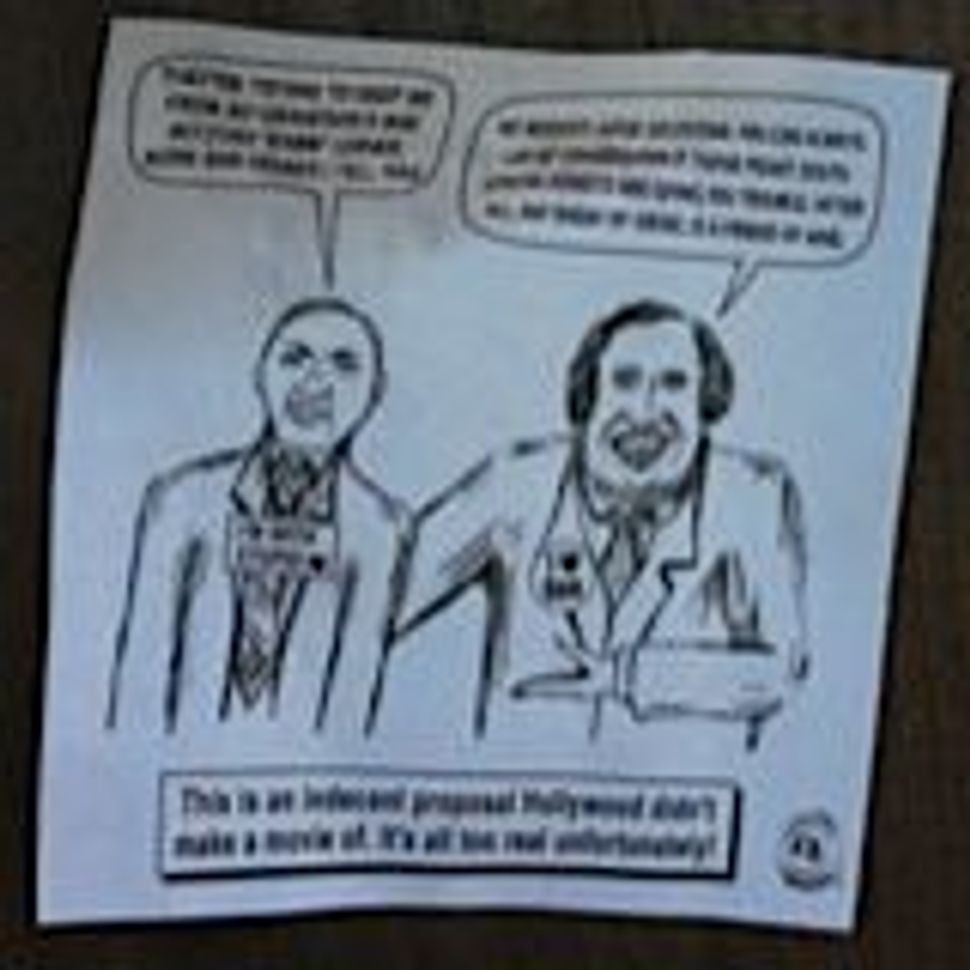 This cartoon depicting caricatures of Judge Richard Goldstone and Rabbi Michael Lerner was glued to the front gate of Lerner?s home.

The home of Rabbi Michael Lerner, editor of the left-wing Jewish magazine Tikkun, was vandalized sometime during the night of Sunday, May 2.

According to Berkeley police, fliers attacking Lerner for supporting “terrorism” and “Islamo-fascism” were glued to Lerner’s door, along with a cartoon of Lerner and South African jurist Richard Goldstone, author of the United Nations sponsored Goldstone Report on the 2008–2009 Gaza conflict. In the cartoon, Lerner is depicted telling Goldstone, “Any enemy of Israel is a friend of mine.” 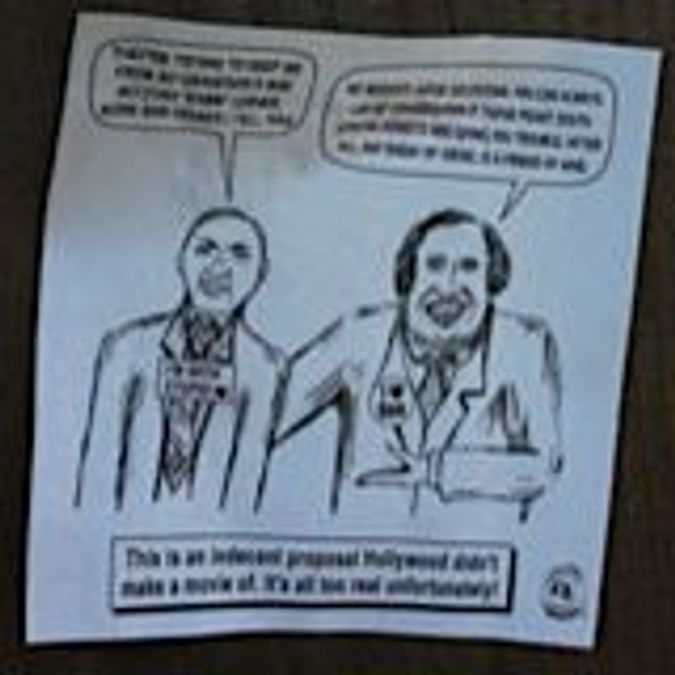 This cartoon depicting caricatures of Judge Richard Goldstone and Rabbi Michael Lerner was glued to the front gate of Lerner?s home.

Goldstone’s report, which has elicited intense criticism in much of the Jewish community, found that Israel and Hamas had committed war crimes during the conflict.

Tikkun’s managing editor, Dave Belden, said that the attack comes on the heels of a strong increase in “hate mail from Jewish right-wingers” related to Lerner’s recent defense of Goldstone. On April 26, Lerner announced that Tikkun would confer its 25th annual ethics award to the South African next year.

In a posting on the Tikkun website to the journal’s readers, Lerner vowed that he would “not be scared into silence” by the attack.