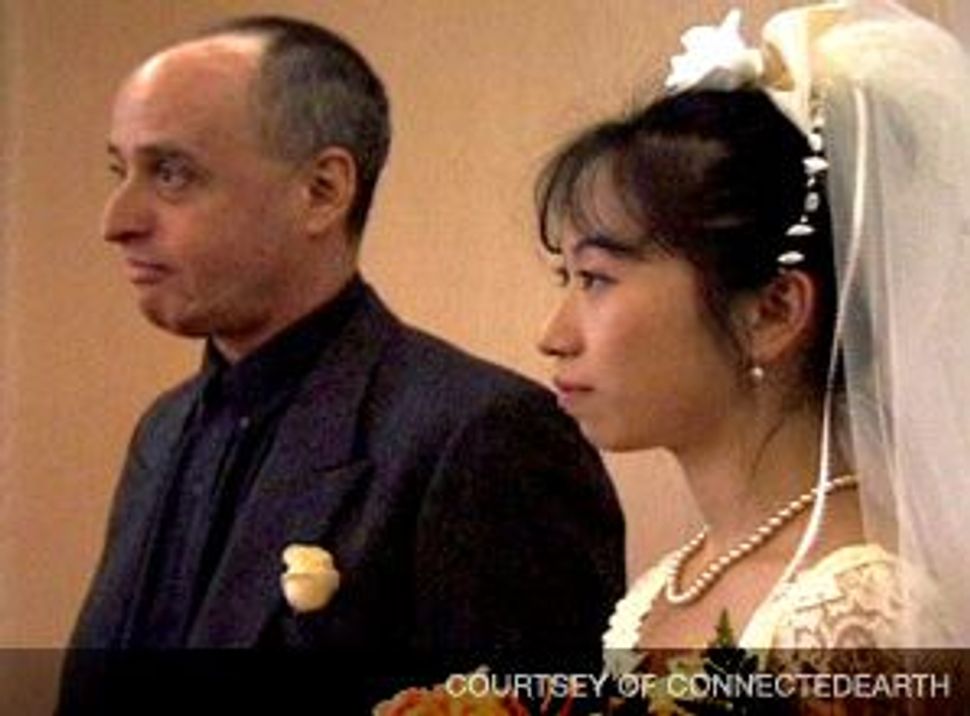 Common Ground: The Documentary tells the story of Norman and Mutsuyo.

It doesn’t seem like Mutsuyo the Japanese dancer and Norman the Jewish businessman have much in common at the start of Kyoko Yokoma’s documentary, “Dancing With Lives.” Yet there they are onscreen, getting married. In a few minutes time, their stories unfold and all becomes clear. Mutsuyo lost her entire family in 1995 in a devastating earthquake in Kobe that killed thousands. Norman is the youngest child of Holocaust survivors; their eldest son died during World War II. Both are victims of tragedies that simultaneously befell and spared them. The emotional documentary, which follows Mutsuyo to Japan and back, and checks in with the downtown-dwelling Manhattan couple in the weeks following September 11, 2001, will be screened at the New York International Independent Film Festival on March 5. 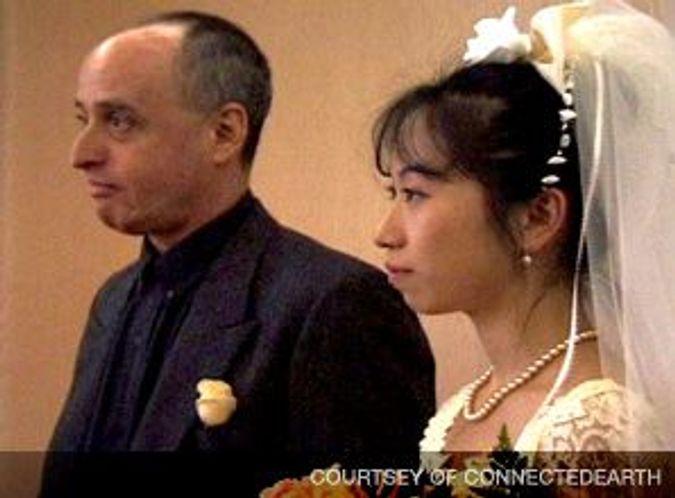 Common Ground: The Documentary tells the story of Norman and Mutsuyo.

Mutsuyo, a tall, lithe dancer with a toothy smile, came to New York to pursue her dream of learning different styles of dance from a multitude of choreographers — something she could only do outside of her native country. In Japan, such a thing would have been unthinkable. A dancer there would have worked with the same teacher for her entire career. It was Mutsuyo’s decision to flout this custom that ultimately saved her life.

Shortly after moving to Manhattan, she met Norman, an older Jewish man whose family instantly took to her. Away from her folks, his became her stand-in parents.

Mutsuyo speaks often in the film of the surprising similarities between her own domineering mother and put-upon father and Norman’s bossy mom and dutiful dad. They seem a peculiar group at first sight, but Mutsuyo, in her broken English, manages to get her major points across to Norman’s elderly European parents, Sandy and Isi. They encourage her to dance and welcome her with open arms when she and Norman get married in what seems to be a decidedly secular ceremony.

And when disaster strikes, Norman and his parents keep her going. “They don’t put anything into words, but their very existence has been an encouragement,” Mutsuyo tells her aunt Kumiko when she travels back to Kobe to try and pick up the pieces of her shattered past. “They are wonderful people because they had such a hard life,” she says as they find a piggy bank, her brother’s laundry and little else that survived the quake in the place she once called home.

After organizing and attending funerals for her mom, dad and brother — ordeals she endures with but a few tears — Mutsuyo returns to New York for a dance showcase she had scheduled before hearing of her family’s fate. “Mutsuyo is beyond the point where we can just say ‘hang in there,’” says Kaori, a fellow native of Japan who produced the show. Yet “she is coming to rehearsals…. She has that spirit.”

It’s more than just spirit, we soon learn. As a child, Mutsuyo’s parents forced her to take dance classes. Even when times were hard, they managed to save up enough money for their daughter’s lessons. “Mom said: ‘Art is not a material thing. You can’t see it, but it stays in your heart,’” Mutsuyo says. “‘Keep going no matter what happens.’”

Through it all, Norman is by her side, quietly helping her to heal. He grew up with people who endured unspeakable horrors and lived to tell the tale. He knows when to speak up and when to keep his thoughts to himself. He knows that he cannot possibly comprehend what his parents went through or what Mutsuyo feels. But he knows he can be there for his wife. And he is. It’s an unlikely love match, but their feelings come through onscreen.

When the towers fell on September 11, the cameras checked back in on the couple, who, thankfully, had been spared any further suffering. But in the film, Norman seems jittery. The specter of death has surrounded him his entire life. He knows that at any moment all the happiness he’s enjoyed can be taken away. This thought process takes a toll after a while.

But Mutsuyo seems well, having accepted that there are some things in life she cannot change. She keeps her family in her heart and her mother’s words of wisdom forever on her mind: “Keep going no matter what happens.”