Democrat Specter Reaches Out to His Jewish Base 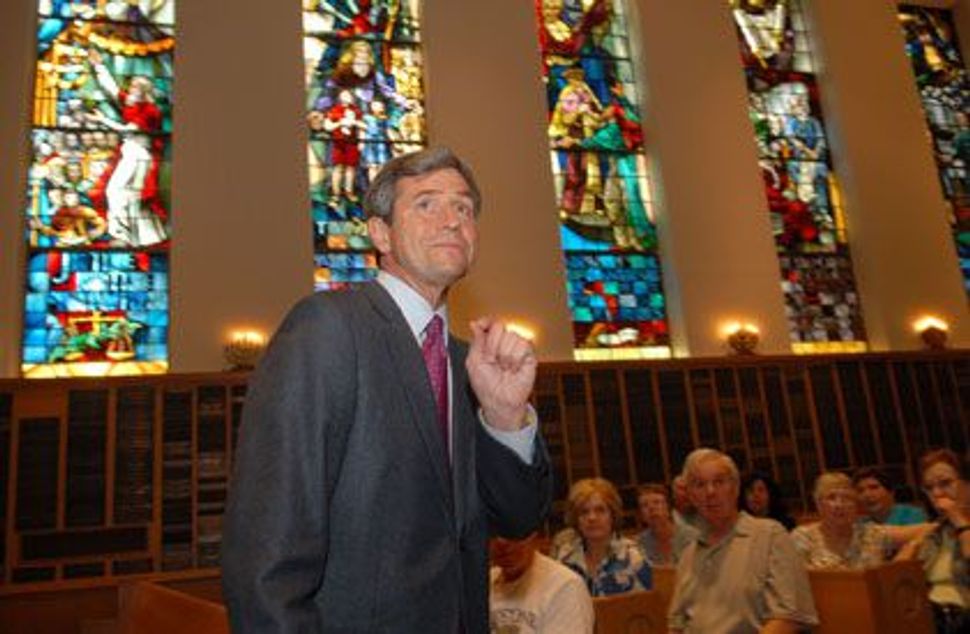 Making Their Case: Senator Arlen Specter, left, and Rep. Joe Sestek take questions at a synagogue forum on May 2. Image by peter tobia

For veteran Pennsylvania senator Arlen Specter, political races are a way of life. But at 80, the Jewish politician is facing a new kind of challenge. For the first time in decades, he is running on the Democratic side of the political map, trying to win a tough upcoming primary and a November race that pollsters now see as neck and neck. 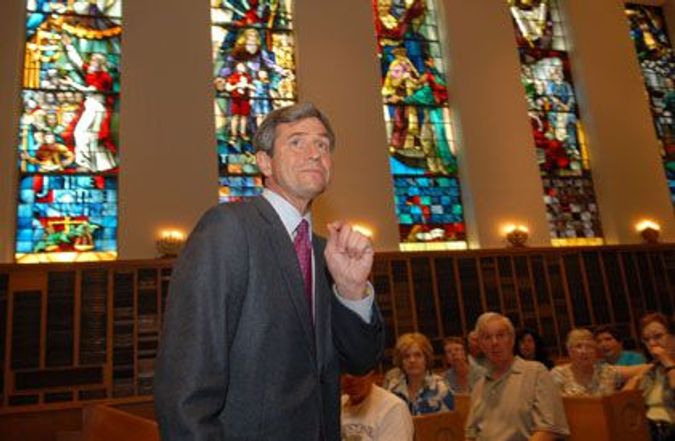 Making Their Case: Senator Arlen Specter, left, and Rep. Joe Sestek take questions at a synagogue forum on May 2. Image by peter tobia

Republicans are eyeing Specter’s seat as one of several that might change hands in 2010, giving them not only more power to block Democrats in the Senate, but also a sense of sweet revenge.

But before meeting Republican candidate Patrick Toomey in the November elections, Specter faces a tough May 18 primary race against Congressman Joe Sestak, a former three-star Navy admiral who is taking aim at Specter’s image as a Washington insider.

Specter has been leading in polls throughout the campaign, although recent samplings have shown Sestak closing in quickly. Sestak, who turned down his party’s request not to run after Specter joined the Democratic ranks, has chosen to spend most of his campaign funds during this last phase of the primary race and is now blasting the airways with ads.

On May 1, the two met for a televised debate, a rare event in itself in primary races. The event echoed the unpleasant tones that have taken over the entire campaign. In their exchange, Sestak accused the incumbent senator of lying in attack ads claming that Sestak’s military service ended under questionable circumstances; Specter demanded an apology from his rival for calling him a liar.

The next day, when the two candidates faced local Jewish voters at a suburban Philadelphia synagogue, it was clear that they do not share a great friendship.

As Sestak was leaving the forum, which was hosted by Reform Congregation Knesset Israel in Elkins Park, he passed by Specter, who was sitting next to a wall displaying portraits of the synagogue’s past rabbis. Neither candidate stopped to greet, or even acknowledge, his rival.

Fewer than 100 Jewish voters showed up at the event, and even the small hall remained half empty. Based on conversations with several participants, most have already decided to favor their fellow Jewish Philadelphian.

“I’m a Specter supporter,” Marcie Sussman said. “I think Israel is very important to him, and I believe in many of the things he stands for.”

Pennsylvania Jews are known as politically savvy, said Philadelphia lawyer and Democratic activist Mark Aronchick. “You can’t go to synagogue on Saturday without having a 45-minute conversation over Kiddush on the latest in local politics.” To Aronchik, who has been involved in Pennsylvania politics for decades, the community’s choice in this primary race is clear: “Jewish voters have an overwhelming sense of confidence and clarity on where he stands.”

And Specter seems to have confidence in his Jewish voters.

When addressing them at the May 2 forum, he went into great detail, describing his Jewish upbringing and choosing to focus much of his presentation on the issue of Israel. Responding to a question from the audience, he attacked his rival’s decision to participate at a meeting sponsored by the Council on American-Islamic Relations (CAIR), an organization that critics have accused of accommodating antisemitic views. “Sestak showed a lack of experience and sensitivity,” Specter said accusingly, later adding that “in the DNA” of the Jewish people, “we have memory of the pogroms.”

Still, Specter has been known to wander off the reservation from time to time, primarily by taking on independent diplomatic missions in the Middle East. Specter believes strongly in the potential of engaging Syria in peace talks and has met frequently with former and current Syrian leaders in Damascus. He also met with Saddam Hussein shortly before the U.S. invaded Iraq in an effort to bridge the gap between the two sides on Baghdad’s compliance with United Nations inspections for weapons of mass destruction.

Specter met frequently, too, with PLO leader Yasir Arafat and has held talks with diplomats from Iran, Cuba and Venezuela.

But if Specter has a point of vulnerability with Jewish voters, it is his longtime affiliation with the Republican Party, which ended when he joined the Democrats last year. When talking to voters, Specter tried to stress his independent views throughout his years in the Senate.

But as the candidate learned during the synagogue forum, not all are willing to forgive, even in his own Jewish community. “I think I’ve been cheated,” Spencer Solodar told Specter during the question-and-answer period. “I want my money back.” The 86-year-old retired dentist accused Specter of supporting, as part of the Republican Party, the Iraq War and conservative judicial appointments. Specter shot back with names of liberal justices he had voted to approve and said he believes that his 30 years in office show that “you got your money’s worth.”

Still, in Sestak’s campaign, Specter’s Republican past haunts him like, well, a specter.

Sestak attacked the senator’s voting record along Republican Party lines on issues of climate change and financial reform. In an interview, he said that voters are looking for someone who can do the job “particularly when Arlen Specter and the Republicans messed it up pretty bad.” The word “Republican” was pronounced slowly and loudly.

Sestak, facing an uphill battle to win over Jewish votes from a popular Jewish incumbent, tried not to focus on the issue of Israel when speaking at the synagogue forum. After being asked about it, he spoke of his visit to Israel during his years in the navy and of his struggle to fund ship-based anti-missile systems to protect Israel.

But when interacting with pro-Israel crowds, Sestak also had to supply explanations not only for his speech at the CAIR event, but also for signing a letter calling on the secretary of state to work to alleviate pressure in Gaza. Sestak said this was a humanitarian interest that voters could easily understand, but Specter accused him of “questioning what Israel was doing” to counter Hamas.

Sestak is not the only candidate to learn that pronounced dovish views on the Middle East are not an asset when fighting for Jewish votes in Pennsylvania.

Another is Doug Pike, a strong Democratic candidate for the 6th Congressional District. Pike was endorsed by JStreetPAC and received $6,000 for his campaign. But pressure from donors, and what he described as “trouble in having a dialogue with some in the Jewish community, led Pike to rescind the endorsement and return the money. The former editorial writer of the Philadelphia Inquirer said in an interview that he feels “people are listening more” to his views after turning down the endorsement.

Democrat Specter Reaches Out to His Jewish Base