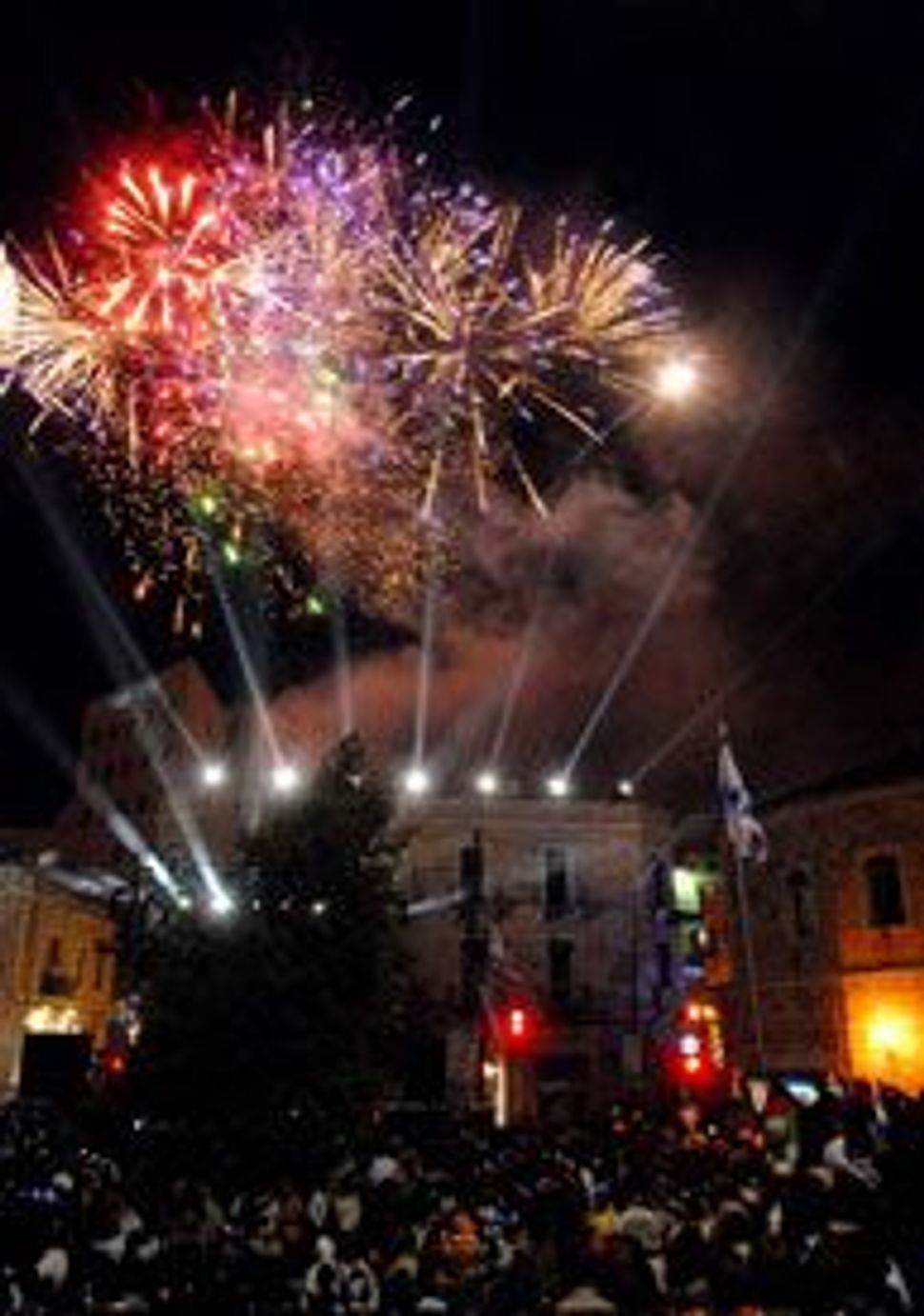 Emotional Roller Coaster: For the families of Israel?s war dead, the shift from sadness to exuberance is often too much to bear Image by israel govenrment press office

Israelis have just taken their annual national ride on an emotional rollercoaster. 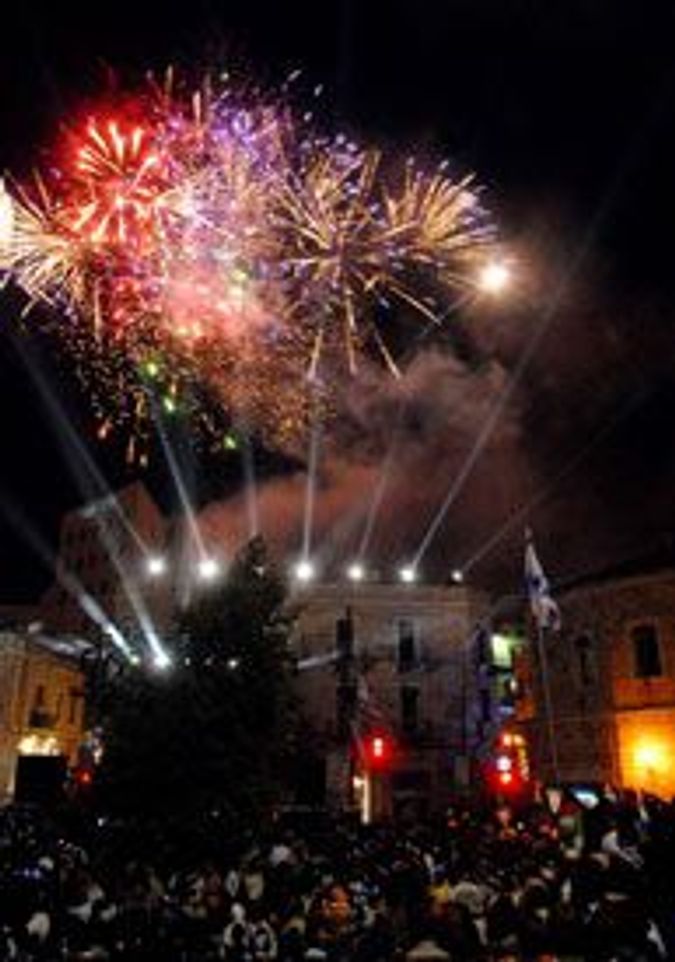 Emotional Roller Coaster: For the families of Israel?s war dead, the shift from sadness to exuberance is often too much to bear Image by israel govenrment press office

As per the yearly routine, on the morning of Memorial Day, or Yom HaZikaron, April 19, cemeteries across the country filled up for commemorative events, and the country ground to a halt for two minutes of silence to pay respect to fallen soldiers and terror victims. Then at nightfall, Independence Day began, and the country entered party mode.

But if some bereaved families have their way, this could be the last time that the country is expected to shift so abruptly to celebration from sorrow. Overwhelmed by their mourning of fallen soldiers and terror victims, these families are mounting a campaign for a change to the calendar on the grounds that the current schedule excludes them from Independence Day celebrations. They are, they say, simply too sad to join in.

“We are struggling through the emotions of Memorial Day, and five minutes later you are expected to adjust yourself psychologically to a very happy day. It’s too difficult,” said the initiator of the campaign, Yosef Tamir, whose brother died in action in 1971.

These families want to move Memorial Day to a different time of year, or at a minimum insert a day of separation between the two national holidays.

Many Israelis have friends or relations who are being mourned on Memorial Day. It is a very somber occasion. Shops and cafes are shuttered for much of the day, and TV and radio stations run documentaries and mournful music, respectively.

Politicians in the early days of the state were insistent that Memorial Day and Independence Day were closely linked, on the rationale that citizens should pay tribute to those who gave their lives before celebrating the independence these people gave them. In the first two years of the state, both were marked on the same day. But this proved difficult logistically and emotionally, and in 1951 the current arrangement came into force.

Experts on Israeli society believe that the springtime calendar has played a significant role in shaping national identity. “Within two weeks, Israelis get their national narrative in full,” said Ben-Gurion University sociologist Michael Feige. From the end of Passover, the festival that commemorates the ancient Exodus from Egypt, until Memorial Day and Independence Day via Holocaust Day, there is just a fortnight. “It covers who we are, what happened to us, what we sacrificed, and then Independence Day, which is the good ending,” Feige said.

But some Israelis are of the opinion that the time for ideological narratives has passed. Adi Caspi, who as a 5-month-old baby in 1953 lost his father in an intelligence operation, told the Forward: “Back in the early days of the state, we were more militant and less sensitive. Today we should be more sensitive to the many relatives of people who have given their lives for the existence of the state. The whole world has become more sensitive, and we should be more sensitive to orphans, brothers and sisters, parents and widows.”

Tamir claims that having the days back to back actually achieves the opposite of what is intended. According to him, it affords the deceased less respect than if the holidays were on different days, as people are busy with preparations for Independence Day celebrations. “I agree to a certain extent with the idea of linking the days, but in practice you have people who are not giving so much respect to Memorial Day,” he said.

At the same time, Tamir said, for bereaved families, Independence Day loses its significance. He himself “cannot really enjoy Independence Day just coming back from the cemetery.” Caspi said that he avoids parties on the evening of Independence Day. The next day, he “drags” himself to a barbecue, the traditional daytime activity for the holiday.

Some 3,000 people have signed Tamir’s petition calling to separate the days. He is also drafting a bill that he hopes will be introduced in the Knesset by the government or as a private member’s bill.

Early signs are encouraging. On May 3, the Council for the Memorialization of the Soldier, a civilian-military panel under the Defense Ministry that oversees official Memorial Day observance, wrote Tamir that it considered his proposal worthy of consideration. But it is clear that if his effort gathers pace, it will face opposition from some bereaved families.

“I oppose this campaign,” said Ron Kehrmann, whose daughter was killed in a 2003 Hamas attack on a Haifa bus. “The bottom line is that we paid a very dear price for being independent. This is paid with the blood of loved ones, whether soldiers or civilians. Putting Independence Day and Memorial Day together couldn’t be better — this was the price we have to pay for independence and the possibility of living here as we wish.”

Some experts predict that a campaign to separate Memorial Day and Independence Day may succeed, but not under the current circumstances. “People today still feel that we are fighting the War of Independence,” Bar-Ilan University sociologist Nissan Rubin said. “Therefore, people still need the connection between the days — but maybe it will be different in peace time.”