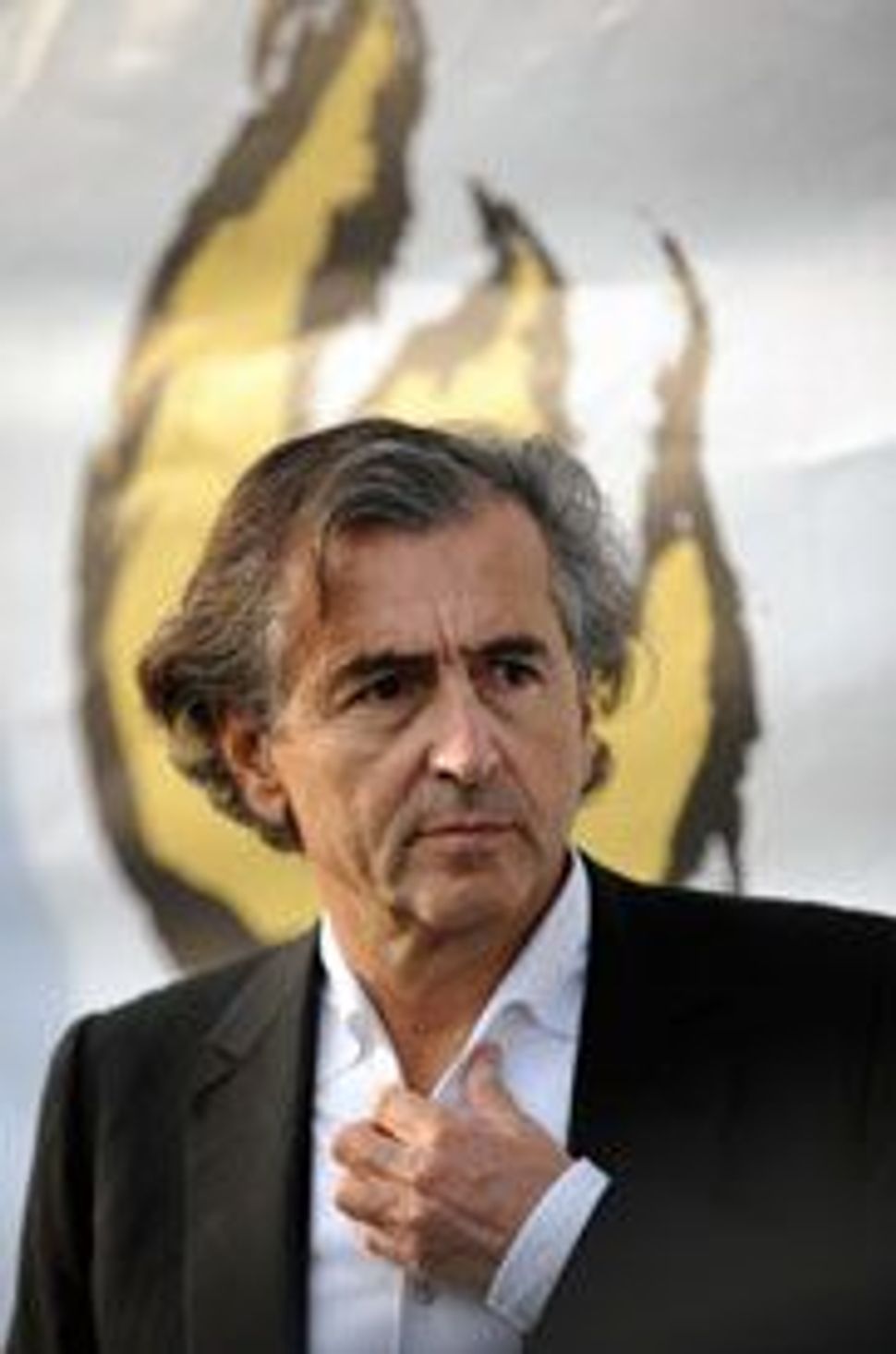 Engagé: Prominent French philosopher Bernard-Henri Levy is one of 4,000 signatories to JCall?s petition calling on European governments to pressure Israel on settlements Image by Getty Images

A new group that includes some of Europe’s best-known pro-Israel intellectuals is calling for international pressure on Israel to foreswear Jewish settlements in the occupied West Bank and East Jerusalem. 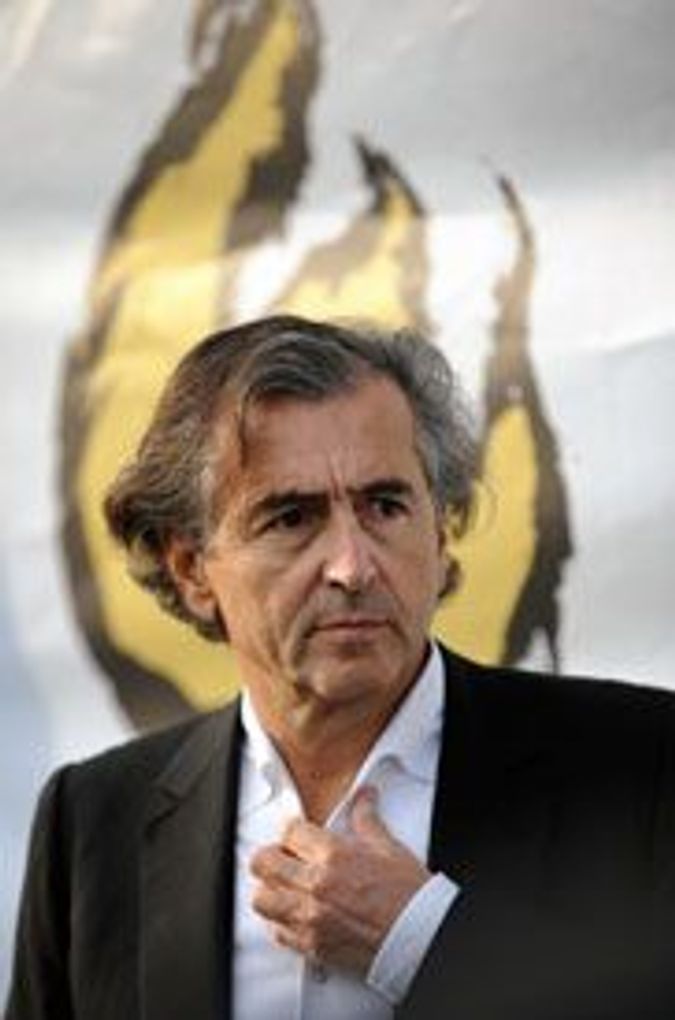 Engagé: Prominent French philosopher Bernard-Henri Levy is one of 4,000 signatories to JCall?s petition calling on European governments to pressure Israel on settlements Image by Getty Images

Self-consciously styled after the dovish American pro-Israel lobby J Street, JCall has provoked the anger of Europe’s Jewish establishment in a phenomenon similar in some respects to the anger stirred within the American Jewish establishment by its home-grown counterpart. Like J Street, JCall has called for pressure on both Israel and the Palestinians to achieve a two-state solution to their conflict.

The group officially launched itself by presenting a petition to a meeting of the European Parliament on May 3 that condemned Israel’s settlement policies in the West Bank and East Jerusalem as “morally and politically wrong.” These policies, the petition stated, “feed the unacceptable delegitimization process that Israel currently faces abroad.”

“Our connection to the state of Israel is part of our identity,” the statement stressed. It added that “Israel faces existential threats” from “external enemies” and called on European governments to “put pressure on both parties.”

“Systematic support of Israeli government policy is dangerous and does not serve the true interests of the state of Israel,” said the text, published in six languages on the website www.jcall.eu.

Some 4,000 names were attached to the statement, which was originally published as an advertisement in Le Monde and Le Soir, respectively France’s and Belgium’s leading dailies.

The initiative boasts supporters from a number of European countries and from Israel. The group hopes ultimately to establish a European-wide network of JCall chapters. But its major impetus at this stage comes from Jews based in France and, to a lesser extent, Belgium. Among the key players are well-known doves such as Elie Barnavi, who is a former Israeli ambassador to France, now based in Brussels, and David Chemla, president of France’s Peace Now.

The petition’s signatories include philosopher Bernard- Henri Lévy and social essayist Alain Finkielkraut, both known in other contexts for defending Israel from its most bitter critics. Hebrew University of Jerusalem historian and Israel Prize recipient Zeev Sternhell also signed the petition, as did Daniel Cohn-Bendit, a leader of the French student strike in 1968 who is now an elected EU Parliament delegate representing France’s Green Party.

Separately, the chairman of the official umbrella group of the French-Jewish community described the call for international pressure on Israel as “deeply shocking.”

In an interview with the Forward, Richard Prasquier, chairman the Council of Jewish Institutions in France, known as CRIF, also condemned the petition for containing “unacceptable language,” citing its reference to settlement activity as “morally wrong.”

Prasquier stressed his group’s long-held support for a two-state solution. But he said, “Let me remind you that the Israelis are the actors, not us. And we have an obligation to defer to them.”

In an opinion piece in the French daily Le Figaro, Prasquier acknowledged that some of the JCall signatories are members of the CRIF with irreproachable Zionist pedigrees. But Prasquier wrote that he was worried JCall would be a boon for Israel’s enemies.

“This has stirred a storm of protests because this is not your usual anti-Israel, antisemitic rant,” acknowledged CRIF executive committee member Patrick Klugman, who signed the JCall petition. “It is actually coming from Jews with impeccable pro-Israel credentials, and this is what drives the official Jewish world and the right wing crazy. Our biggest fear was to be met with silence, and we are quite happy to instead have kicked off this much-needed debate.”

Klugman, an attorney and member of France’s Socialist Party, acknowledged that one of the reasons behind the signatures of a number of French figures was their resentment of CRIF’s right-wing shift and its automatic alignment with the Israeli government. Last December, Gilles-William Goldnadel, a conservative lawyer, garnered the most votes at the elections to CRIF’s executive committee. No candidate who is dovish on Israel will compete in the vote for the organization’s presidency, in which incumbent Prasquier will square off against current vice president Meyer Habib, known for his close ties to Israel’s hawkish prime minister, Benjamin Netanyahu.

The JCall initiative also prompted fierce attacks from right-wing groups and individuals, who say the group will only end up weakening Israel. “There is no better way to encourage war at a time of Iranian nuclear threat and Scud missiles Syria just transferred to Lebanon,” wrote sociologist Shmuel Trigano on the website of the Union of French Jewish Employers and Professionals, a hawkish organization. Trigano and others initiated a counter-petition signed by a number of other academics and over 5,000 individuals denouncing JCall as a politically motivated enterprise that delegitimizes Israel and puts its population at risk.

In Israel, Likud lawmaker Miri Regev told Agence France-Presse that it was “unacceptable that the signatories call for pressure on Israel to freeze settlement activities.” Knesset member Otniel Schneller of the Kadima Party lamented that some Jewish groups were hurting the Jewish solidarity with Israel, according to AFP.

Lévy and Finkielkraut, whose ties to Israel and support for Jewish causes are well established, countered that they had always supported the peace camp, most recently the Geneva Initiative, which advocates a plan for rapidly achieving a two-state solution. They said that their decision to join should not be construed as an attack on Israel.

While J Street served as an inspiration and sent an observer to the formal launching ceremony at the European Parliament, there is no formal tie with the American lobby. But in an official statement, the American group pronounced itself “very encouraged” to see the emergence in Europe of a “pro-Israel, pro-peace movement.”

“We look forward to working with like-minded activists all over the world to advance a two-state solution and peace and security for Israel and the Middle East,” the statement said.

Klugman said that JCall’s next objective was to raise 100,000 euros ($130,000) to sustain the new group. “It will be very hard, but we need money. There is no way around it if you want to become more than a petition.”