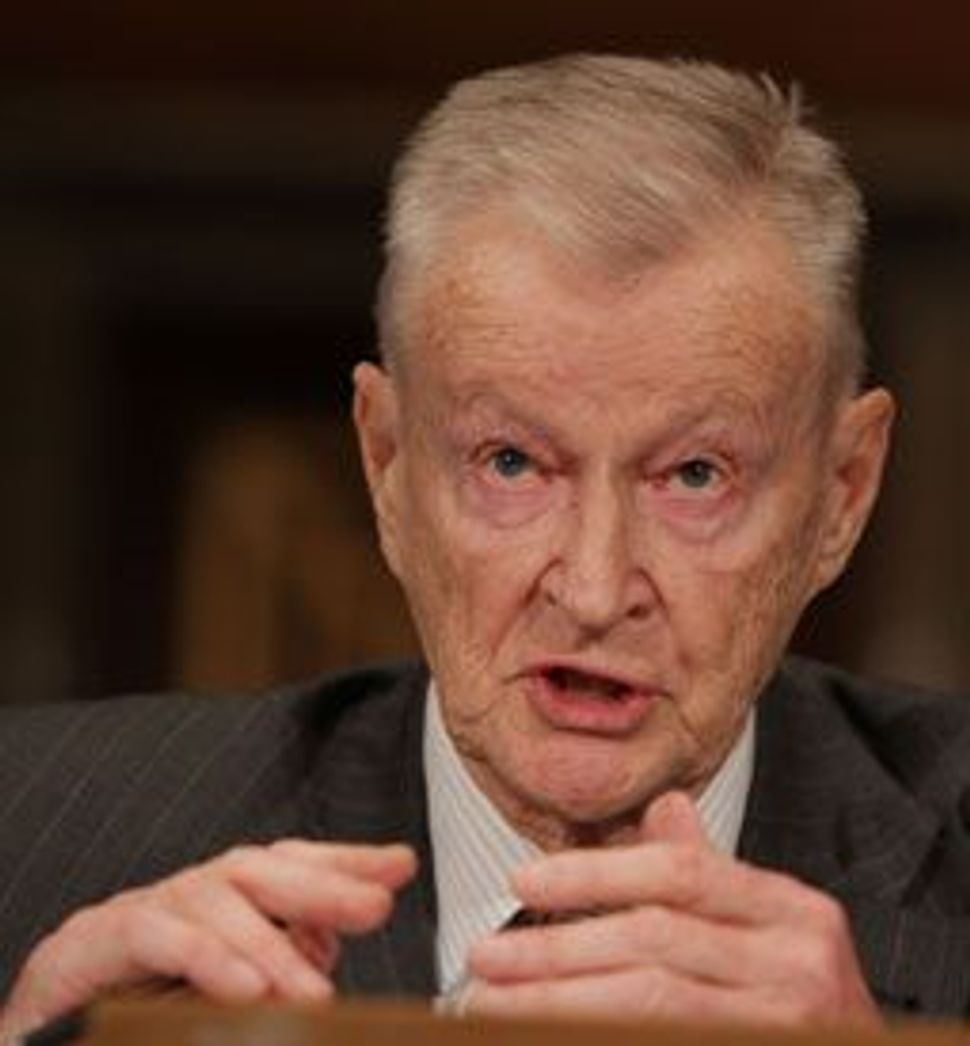 Mainstream: Zbigniew Brzezinski is among those who have appeared on Press TV. Image by Getty Images

It is the news Americans seldom encounter: a lead news brief about a U.S. Army captain convicted of theft in Iraq; a study showing an increase in child-abuse cases in America, and an otherwise unreported offer from Iran to help the United States contain the Gulf of Mexico oil spill. 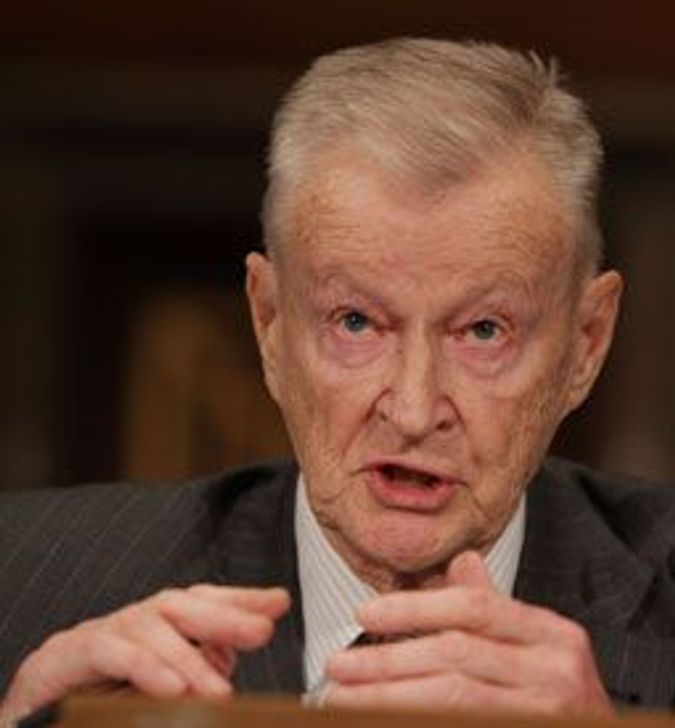 Mainstream: Zbigniew Brzezinski is among those who have appeared on Press TV. Image by Getty Images

The media outlet behind these reports is Press TV, an Iranian government funded English-language news organization with a stated mission of “heeding the often neglected voices and perspectives of a great portion of the world.” The network, available on satellite, cable and Internet, prides itself on taking “revolutionary steps as the first Iranian international news network, broadcasting in English on a round-the-clock basis.”

But Press TV’s reports on and from America do not resemble Cold War era propaganda or clips from obscure Middle Eastern networks that sometimes make their way to American audiences. They are professionally prepared by a staff and management that clearly care not just about market share, but also about being viewed as credible and independent — both crucial commodities in the news business that are scarce in the current Iranian political setup.

Newspapers and TV networks across the globe pick up reports by Press TV regularly. But more significant is the Iranian station’s success in hosting major mainstream American figures in its studios. The list includes leading journalists and think-tank analysts alongside former and current officials such as former national security adviser Zbigniew Brzezinski and Kenneth Katzman, a Middle East expert at the Congressional Research Service.

Launched in 2007, Press TV is part of a grow ing trend of up-and-coming global news organizations aspiring to be the next BBC World Service for those who dislike the Western slant on news.

Qatari-based Al Jazeera was the first to tap into this market, and was quickly followed by Al-Arabiya (in Arabic only) and recently by China’s Xinhua, which in May began worldwide broadcasts in English.

Still, there is an unmistakable anti-American undertone and a distinct adherence to the party line in Press TV reports on Iran.

On the day following Iranian President Mahmoud Ahmadinejad’s May 3 speech at the United Nations conference on nuclear nonproliferation, Press TV featured an interview with an Iranian official praising his leader’s speech, lambasting the United States, as “the turning point” of the gathering. Also on the homepage were a straightforward report on the failed car bomb attack in New York City’s Times Square, and a story about the decline in America’s honeybee population, described as a “catastrophe.”

Initially the station distinguished itself — and boosted its credibility — by respectfully airing a surprising diversity of views. But the disputed June 2009 Iran elections marked a turning point for the news station.

A panel discussion on June 26, debating the results of the recent elections, graphically demonstrated the change. Fellow panelists relentlessly criticized Ali Ansari, an associate fellow at Britain’s Chatham House, about a study he published arguing that the poll was rigged. Ansari eventually tore off his microphone and walked out of the studio. The recording of the show, which is no longer available on Press TV’s website, is still popular on YouTube.

“Before the elections, Press TV made a deliberate effort to show diverse views, but after, it became a key tool for Ahmadinejad to present only his side of the story to the world,” said an Iran analyst based in Washington who asked not to be named, because of his close working ties with Iranian individuals and groups.

Press TV’s support for Ahmadinejad following the elections, and its refusal to give voice to dissenting Iranians, led to the resignation of British anchor Nick Ferrari and, according to several reports, brought about the departure of one of the network’s top Iranian directors, based in Tehran.

With a reported annual budget of only $25 million, Press TV has managed to set up an impressive network of global bureaus spread throughout the Middle East, America, Asia and Europe. Due to American sanction laws against Iran, Press TV has its official American bureau at the United Nations in New York and rents studio services from production companies in Washington. Employees outside the U.N. and contributors are hired through third companies.

Press TV did not respond to requests for comment for this article.

But at least one former contributor in the United States raised openly the issue of political censorship by Press TV.

Mark Levine, a liberal talk-radio and TV figure, described his six months with Press TV as an experiment that eventually failed. Levine, who is Jewish, had worked on Massachusetts Rep. Barney Frank’s staff and now hosts the daily “Inside Scoop on Washington” radio show. He joined Press TV through its American subcontractor, ATV, and anchored a weekly show called “The American Dream.”

“I had no illusions regarding the nature of Press TV and the government of Iran, so I asked them if they’d censor me. They promised they would not,” Levine said in an interview. But when he put together a panel discussion to talk about a September 2007 speech given by Ahmadinejad at Columbia University, the editorial freedom he enjoyed came to an end. “I thought I had a fair and balanced panel,” he said, but the show was called off 10 minutes before recording.

“Their purpose is to have pro-Iranian, anti-American propaganda,” Levine concluded. He speculated that the reason he was asked to join the network was that Iranians interpreted his criticism of then-president Bush as being anti-American.

But another American commentator was willing to vouch for Press TV’s policy of editorial freedom. Max Keiser, a firebrand financial pundit who is now based in Paris, hosts a regular show on Press TV called “On the Edge,” in which he blasts the Western financial system and warns of the collapse of its monetary institutions. “We are turning to the international audience because Americans don’t want to hear about the scandals of their banking system,” said Keiser, whose show is distributed to Press TV by The Associated Press.

Keiser said had never been pressured by Press TV to make any changes to his show or to choose certain topics and ignore others. The only criticism he has received, Keiser added, was about the harsh language he uses on his show.

But there is at least one other restriction imposed on reporters for Press TV. According to an insider with first-hand knowledge, Press TV reporters are not allowed to use the term “state of Israel.” They are instructed to stick with “Israel” or “the Zionist entity.”

At the same time, Press TV does not exclude information about criticisms of Iran’s nuclear program or efforts to impose sanctions on the regime in Tehran.

In the eyes of American officials, Press TV’s legitimacy is questionable. Government representatives do not appear on the network, and press credentials are not provided to its reporters outside the U.N.

Mark Dubowitz, executive director of the Foundation for Defense of Democracies, who also leads the group’s project on terrorist media, said the government should look into Press TV’s activity in America. “It is funded and operated by a government that is on the list of states that sponsor terror, and it provides hateful speech and incites violence,” Dubowitz said. But congressional attempts in 2008 to ban the work of Press TV in the United States did not win approval.