In the Spirit of Achievement 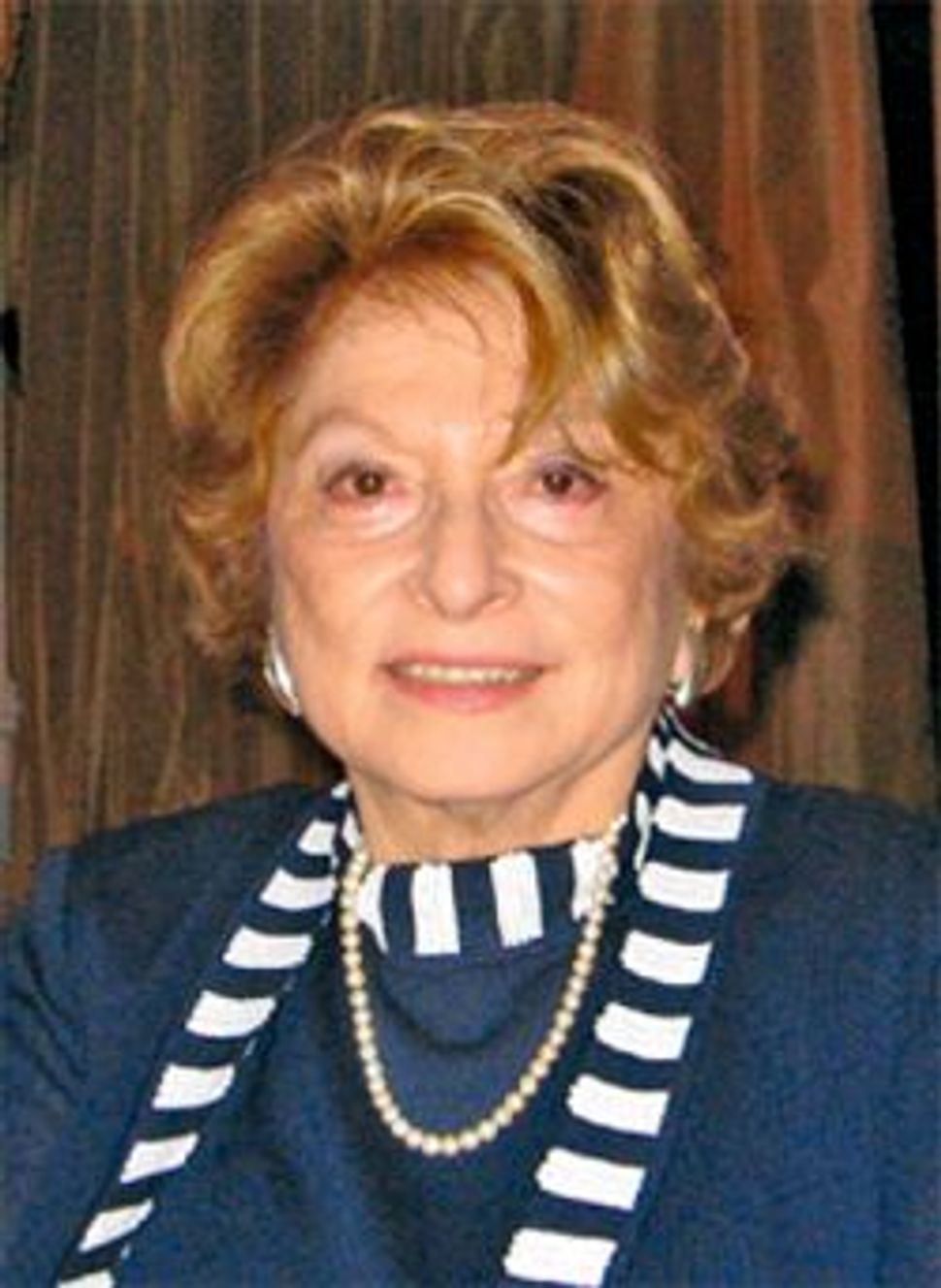 “Tonight I, a 100% Galitzianer, will introduce Cindy and David Stone, both Litvaks,” said Charlie Rose at the April 26 YIVO Institute for Jewish Research’s ninth annual Me’Dor Le’Dor (generation to generation) Heritage Dinner, held at the Center for Jewish History.  A YIVO board member, Rose cited “Yiddishkeit and memory of the Lithuanian [Litvak] Jewish community” as the imperative that energized the evening’s honorees — the Stones, Betty Trock Hendler, Leon Wagner and Harry Wagner.  Following greetings by YIVO executive director and Jonathan Brent, event chair and Holocaust survivor Fanya Gottesfeld Heller declared: “[This evening]… is about parents and grandparents who came to this country to make new lives… .We began again. We could not allow ourselves to be defeated by the depth of our tragic losses…. Each day, I try to give back to the Jewish community and to tell our story to the world…. It is very important that our younger generations understand that they have become the keepers of Yiddishkeit and must help carry the torch of our heritage to he future. 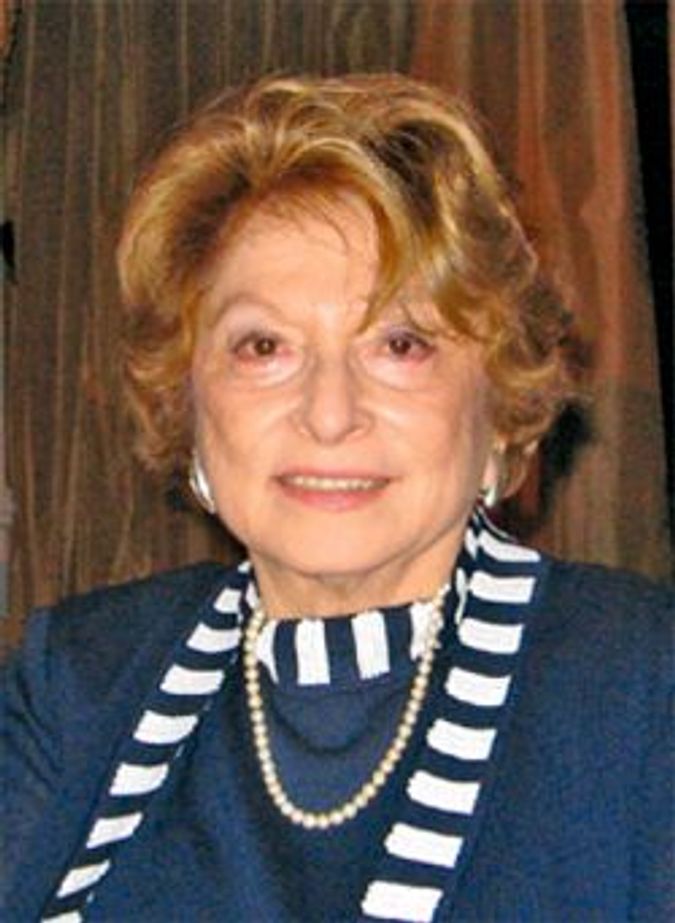 “[I believe] every Holocaust story is the same, but yet, at the same time, every Holocaust story is unique,” Harry Wagner said upon receiving YIVO’s Vilna Award.  Recounting his parents’ imprisonment in concentration camps — “five for my dad, four for my mother” — and their survival and return to Vilna, Wagner declared: “Mom, Dad, Leon and I are extremely proud to accept [the award] in your memory and to memorialize forever all that you stood for….” Hendler, recipient of YIVO’s Lifetime Achievement Award, was introduced by her son Michael Trock, who recalled the family’s roots “in [1897] Vitebsk in Imperial Russia, the 10th largest Jewish center in the Pale of Settlement, with a population of 66,000 — half of whom were Jews… One of them Marc Chagall, the other, my grandfather Louis Sorkin [an Ellis Island immigrant]…. The spirit of our house was Yiddishkeit.”   YIVO Recognition Award recipients the Stones — with strong links to both Vilna and Kovno — raised the funds and designed the “Kovno Room” at YIVO in memory of the 40,000 Jews who perished at the Kovno ghetto. “Potpourri of Jewish Music” a concert of rarely sung Yiddish songs, performed byJoanne Borts and Lorin Sklamberg, rounded out the evening. In his closing remarks, YIVO chairman of the board Bruce Slovin declared: “The publication of the two-volume YIVO Encyclopedia of the Jews of Eastern Europe is one of the most significant achievements of YIVO.”  And Slovin added something the founders of YIVO could not have imagined: “It is going to be digitized!”

In introducing Russell Simmons, an honoree at the April 11 Jewish Board of Family & Children’s Services benefit, held at Guastavino’s, Marc Schneier, founding rabbi of The Hampton Synagogue, in Westhampton Beach, N.Y., and co-founder with Simmons of The Foundation for Ethnic Understanding (of which he is also president), joshed that “we call him the Reverend [Al] Sharpton of the Jews.”  Simmons, co-founder of Def Jam Recordings and creator of the Phat Farm fashion line, noted modestly: “We try to create harmony and [galvanize the] efforts of the Jewish community to support everyone of every religion… [and] fight antisemitism.”  A Blessing by Rabbi Shmuel Felzenberg, the Jewish chaplain of the United States military Academy at West Point, and greetings by Paul Levine, JBFCS’s executive vice president and CEO, preceded the award presentations to the JBFCS board of trustees’ chairman,John Herrmann, and JBFCS’s vice president, David Everett.  Everett, a colonel in the U.S. Army Reserve (Ret.), was twice awarded the Bronze Star for his service in Iraq, and the Department of Defense Meritorious Service Medal for service in Afghanistan. Apropos the $7 million grant that JBFCS received from UJA-Federation of New York, Levine stated, “No other organization has received such a  [large] and unrestricted grant… to be used to serve [its] 175 programs.”   Named by Crain’s New York Business as “one of New York City’s twenty-five largest non-profit organizations according to budget size,” with its $180 million annual budget, JBFCS boasts 2,2000 professionals — social workers, licensed psychologists, psychiatrists and clinical support personnel. It established and continues to operate two of the largest residential treatment facilities for adolescents in New York on its Westchester campus. Each provides a home and “cultivates a family” for nearly 300 youth at risk who come to JBFCS after multiple foster home placements, multiple psychiatric hospitalizations and behavioral challenges.   In his address, Levine noted, “In the light of the current fiscal sate… we did not give up on any New Yorker, neither did we close any services in 2009.” It was noted that JBFCS was the recipient of a $1 million gift from artist/authorMaurice Sendak — famed for “Where the Wild Things Are”  — in memory of his life partner, Eugene Glynn, a psychiatrist, artist and scholar who was on the staff at JBFCS for many years.

“Inside every older woman is a younger woman wondering, ‘What the hell happened!?’” said Sylvia Smoller, an honoree at the Albert Einstein College of Medicine of Yeshiva University National Women’s Division Spirit of Achievement Luncheon, held April 27 at The Pierre. Smoller, head of Einstein’s division of epidemiology, revealed: “We escaped from Warsaw to Vilno… [came here] via a [Japanese] Sugihara visa.  I have always been an outsider and a refugee until I came to Einstein, where I found a real home.”  Honoree Hoda Kotb, a co-host on NBC’s “Today,” stated: “The way you live your days is how you live your life.  If you don’t like Monday — then change it! If you survive breast cancer, you can’t scare me.” She added, “I’m divorced!”  Al Roker, her NBC colleague, piped up: “One was a vicious lump; the other [her husband] was a disease.” Clothing designer Dennis Basso told the 700 women in the room, “I have danced with 400 of you at bar mitzvahs and weddings.”  Also honored were cosmetics magnate Adrien Arpel, Lincoln Center director of fashion Stephanie Winston Wolkoff and fashion designer Naeem Khan, who dressed first lady Michelle Obama for the state dinner.   Arpel, an icon in the cosmetics industry for more than 30 years, is the founder of one of the most recognized cosmetic and skin care lines in the world. She joshed about her daughter, who trolls for Albert Einstein medicine graduates to introduce to Arpel’s granddaughter.

Wolkoff, who was mentored by Anna Wintour, editor-in-chief of Vogue magazine, when the former worked there, informed: I’m a black belt in karate, a lacrosse player who entered the Olympics. I’m at risk [for breast cancer] and have had tumors removed.”  The mother of three disclosed, “My 8-year-old son suffers from multiple fatal food allergies.”   Khan, whose fans include Eva Longoria Parker and Beyoncé Knowles, was born in India, where his father and grandfather ran embroidery factories and produced luxurious clothing worn by the Indian royal families.   In his introduction of Smoller, Dr. Allen Spiegel, dean of the Albert Einstein College of Medicine, described her as “an epidemiologist who broke the mold, [whose] career of scientific research has had a dramatic effect on lowering breast cancer in this country” — a reference to the study of 160,000 menopausal women in the now historic hormone replacement therapy trials.  Smoller joshed, “Our next phase will focus on aging — a subject very dear to my heart.”

In the Spirit of Achievement