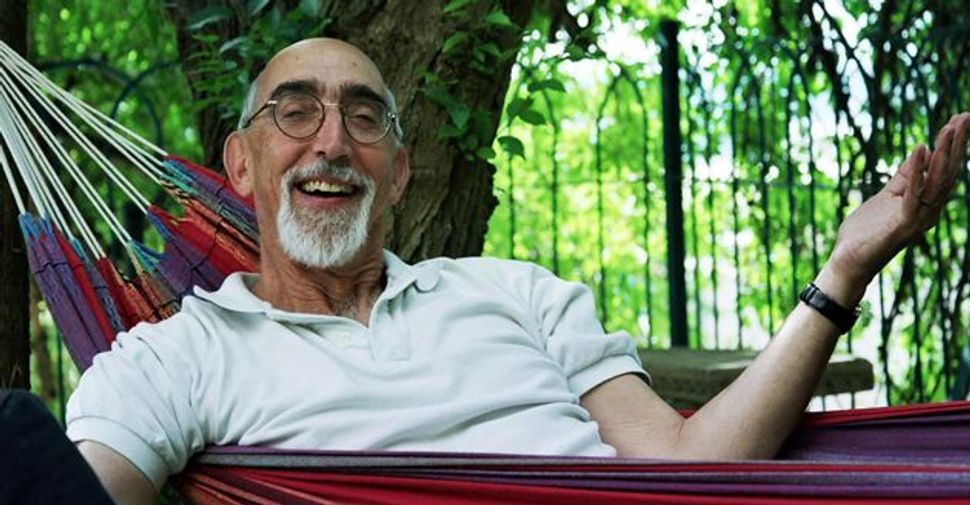 Rabbi for Human Rights: David Forman, an American-born Reform rabbi, founded the Israeli group Rabbis for Human Rights during the first Palestinian intifada. It now has 120 members. Image by Courtesy of the family of rabbi david forman

Rabbi David Forman, 65, founder of the Israeli group Rabbis for Human Rights, died on May 3 in Dallas while awaiting a liver transplant. Forman, an American-born Reform rabbi, founded Rabbis for Human Rights in 1988, after the outbreak of the first Palestinian intifada. The organization runs educational programs to highlight Judaism’s teachings on human rights, acts as a pressure group to push the Israeli government on such issues and engages in direct action on behalf of Palestinians.

Today, Rabbis for Human Rights represents 120 Israeli rabbis from across the denominational spectrum. Forman, who served two stints as the group’s chairman, continued to be regarded internally as its leader until his death.

“He was the moral compass for generations based on his commitment to the Jewish tradition for justice and his passion for Israel,” the executive director of Rabbis for Human Rights, Rabbi Arik Ascherman, told the Forward.

He is survived by his wife, Judy, four daughters and seven grandchildren.

Born in Boston, Forman received rabbinic ordination in 1972 from Hebrew Union College in Cincinnati. That same year he moved to Israel to, in his own words, “help in building a nation that would be a reflection of the best of the Jewish value heritage — a country based on the prophetic vision of equality, social justice, decency and humanity.”

By the time he made aliyah, Forman already had a track record as an activist. As a rabbinic student he participated in the civil rights movement as a “freedom rider.” He was also active in protesting against the Vietnam War and in campaigns for Soviet Jewry.

After moving to Israel, Forman held a number of positions with the Reform movement. In 1976 he became director of the Israel office of the Union of American Hebrew Congregations (since renamed the Union for Reform Judaism), a post he held from 1976 until 2003.

In the early days of the first Palestinian intifada, Forman wrote an open letter declaring himself dismayed that Israeli rabbis were concerned with ritual matters to the exclusion of ethical issues. Soon thereafter, he founded Rabbis for Human Rights, which bills itself as a “rabbinic voice of conscience in Israel.”

With his colleagues, Forman went to the territories and escorted Palestinian farmers to work on their olive groves, protecting them from hostile settlers. Rabbis for Human Rights also tried to block demolitions of Palestinian homes. Israeli authorities maintained such homes were being demolished because they were built illegally, but Rabbis for Human Rights contended that Israel routinely failed to grant Palestinians necessary permits.

Yet for all of his criticism of Israeli policies, Forman was also outspoken in condemning those he felt did not give Israel a fair shake, including many on the Jewish left. “Liberal Jews abroad should display a little humility before lecturing us that our country does not reflect what they expect of a Jewish state,” Forman wrote earlier this year in The Jerusalem Post, for which he was a columnist.

Particularly in recent years, Forman was concerned with the issue of how the actions of Rabbis for Human Rights reflected upon Israel abroad, Ascherman said.

In 2004 when Ascherman was on trial in Israel for interfering with the demolition of Palestinian homes in Jerusalem the year before, some members of Rabbis for Human Rights wanted to place an advertisement in The New York Times decrying home demolitions and the proceedings against him, Ascherman said. But Forman, Ascherman recounted, objected. “At that time Israel was so much under attack that he felt it was not right to do this,” Ascherman said, explaining that on such decisions the organization deferred to Forman.

Forman’s outspokenness in defending Israel managed to win him praise from some surprising quarters. Gerald Steinberg, executive director of NGO Monitor, a Jerusalem-based group that criticizes what it considers to be the misdeeds of human rights groups operating in Israel, told the Forward that Forman’s “voice will be missed.”