Kadima Bill: NGOs That Assist in War Crime Accusations Should Be Illegal 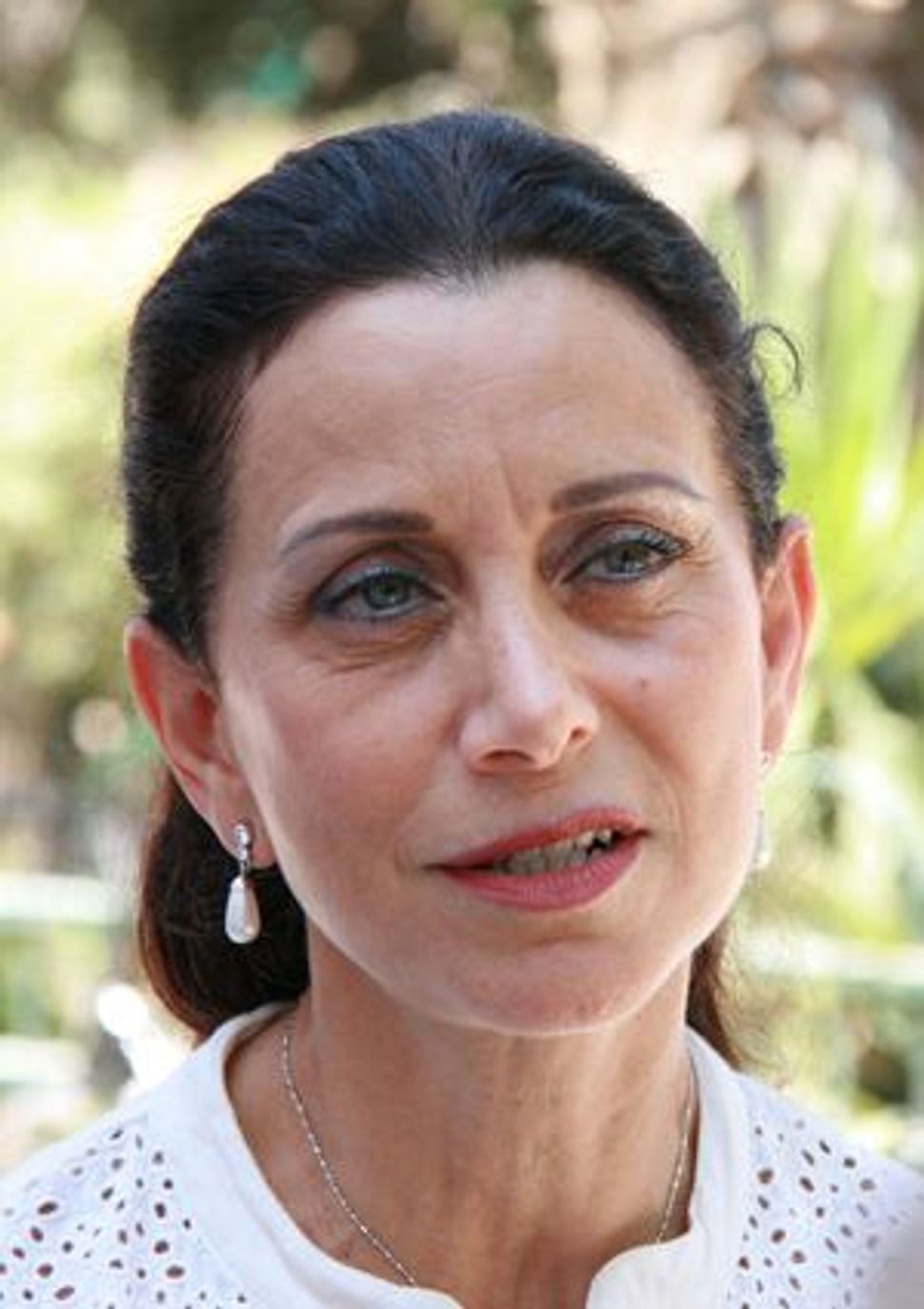 Taking on NGOs: Kadima MK Ronit Tirosh is the sponsor of the bill, which some have called antidemocratic.

A little more than a year ago, the Israeli government announced that it would refuse to provide information to the United Nations for its Goldstone Report. Now, some Israeli politicians want to enact legislation that, were it in force then, would have made it illegal for civilian organizations to do so. 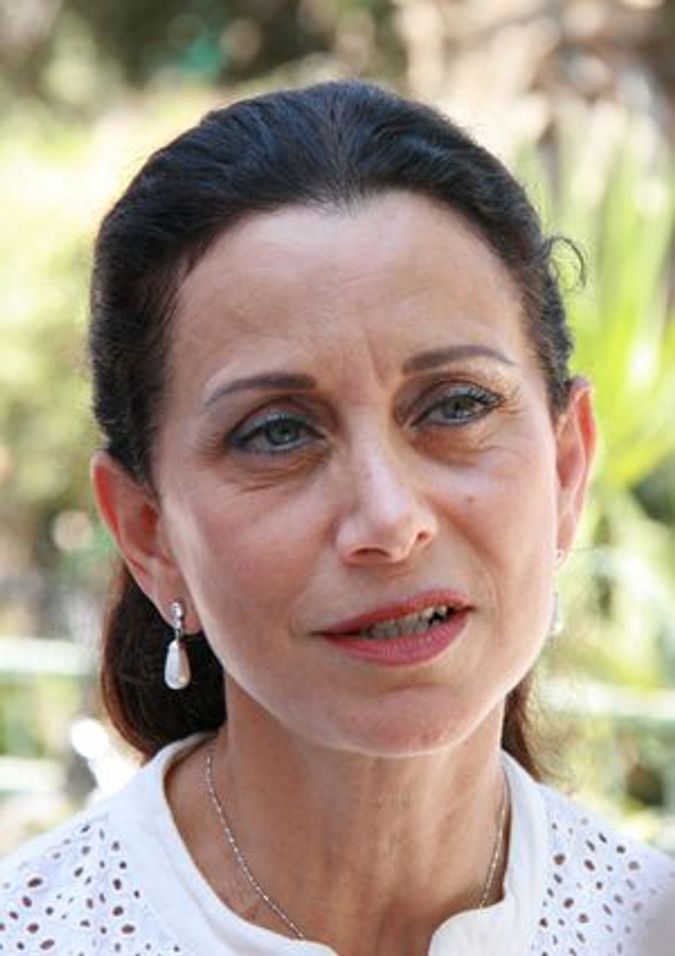 Taking on NGOs: Kadima MK Ronit Tirosh is the sponsor of the bill, which some have called antidemocratic.

Some 17 lawmakers from the centrist Kadima and parties to its right have submitted a proposal to outlaw any nongovernmental organization that provides information to foreign or international bodies that leads to war crimes accusations against the government or the army.

The legislative proposal, submitted April 28, is given little chance of passage. But its submission has been a red flag for those on both sides of the increasingly bitter dispute that Israelis are waging over the basic rules of democracy. This comes just three months after Im Tirtzu, a previously unknown organization, grabbed headlines with claims that Israeli NGOs bear much of the blame for Israel’s battered reputation after the Goldstone Report. The new proposal pits strongly nationalist Israelis against human rights organizations and electorally beleaguered liberals.

Its proponents see the bill as a political winner, independent of its chances for passage: A Tel Aviv University public-opinion poll found in April that 57.6% of respondents agreed that human rights organizations that expose immoral conduct by Israel should not be “allowed to operate freely.”

“The leaders reflect the general public, and they feed off each other,” said Tel Aviv University School of Education professor Daniel Bar-Tal, director of the poll.

Last February, Im Tirtzu released a report claiming that in the Goldstone Report, which accuses Israel of war crimes during its 2008–2009 military campaign in Gaza, 14% of the information critical of Israel was based on material put out by Israeli NGOs supported by the New Israel Fund. Politicians immediately called for measures against the NGOs in question.

The bill also comes five months after former prime minister Tzipi Livni canceled a visit to London, and seven months after Vice Prime Minister Moshe Ya’alon turned down an invitation to London — in both cases, reportedly due to fear of arrest warrants for war crimes, on the initiative of activists.

For the lawmaker behind the bill, Ronit Tirosh of Kadima, it is a necessary move to “end the rampage” by organizations that are trying to “subvert the state.” For NGOs, the proposal is a move to “trample” democracy. So said a statement signed by 10 human rights NGOs, including Yesh Din and B’Tselem, which claimed: “Instead of defending democracy, the sponsors of this bill prefer to reduce it to ashes.”

The bill, submitted in draft form, is currently with the government, which will decide whether or not to throw its weight behind it. If it does — which is considered unlikely — the bill should theoretically be guaranteed passage into the statute books after three readings. If not, its success or failure will rest with its proponents’ ability to muster support.

Bar-Tal, the professor who conducted the Tel Aviv University poll, told the Forward that his findings, and the move in the Knesset, reflect a public climate in which commitment to democratic values is diminishing. There is a growing gap “between the slogans like, ‘Israel is a great democracy,’ and ‘The army is the most moral in the world’ — and the reality,” he said. Israelis today “do not like to look in the mirror,” hence the desire to silence NGOs. He said that the “foundations” of Israeli democracy are under threat.

Bar-Tal cited developments such as the “Anat Kamm affair,” in which the government last April charged a young woman with espionage after she allegedly leaked classified information to the press to expose what she saw as wrongdoing. The government also threatened to arrest the journalist from the daily Haaretz who received the information, leading him to stay in Great Britain until the paper negotiated his return.

But other experts question whether the bill will really be a crowd-pleaser. Haifa University political scientist Nitza Nachmias, an expert on NGO-government relations, said that respondents to polls register concern about NGOs after having the question outlined by pollsters, “but the majority of them never heard of the proposals [to act against NGOs] before getting a call from the pollster.”

Benjamin Gidron, director of the Israeli Center for Third Sector Research at Ben-Gurion University, took a middle view. “The democratic values, democratic principles, respect for other opinions even if they are challenging you — this is not getting stronger, but getting weaker,” he said.

But he urged that the shift should be kept in perspective, saying that it is “not going to endanger democratic institutions” and should not be considered manifest in actions of security services.

Despite apparent support in public opinion for the bill’s goal, several factors cast doubt on whether a majority of lawmakers will back the measure.

Gidron suggested that considerable opposition will come from an unexpected corner of the Knesset — the Haredi parties, which, he said, will be keen to avoid any precedent of measures against NGOs whose ideology clashes with that of the state. The Haredi community, which is predominantly anti-Zionist, is heavily reliant on thousands of Orthodox organizations that are classed, according to Israeli law, as NGOs. “The Haredim are very clever to protect themselves in ways that on the surface cannot be observed,” he said.

Even if the political will exists to pass the bill, experts question whether it is workable legally. Haifa University law academic Amnon Reichman asked how information about crimes against humanity allegedly committed by Israel could be prohibited from reaching UN bodies such as the Goldstone fact-finding mission. “I would like to see how a bill could do that without getting into some serious constitutional trouble, he said.

Tirosh failed to return repeated calls asking her to explain how she expected her bill to surmount these barriers to passage.

Kadima Bill: NGOs That Assist in War Crime Accusations Should Be Illegal