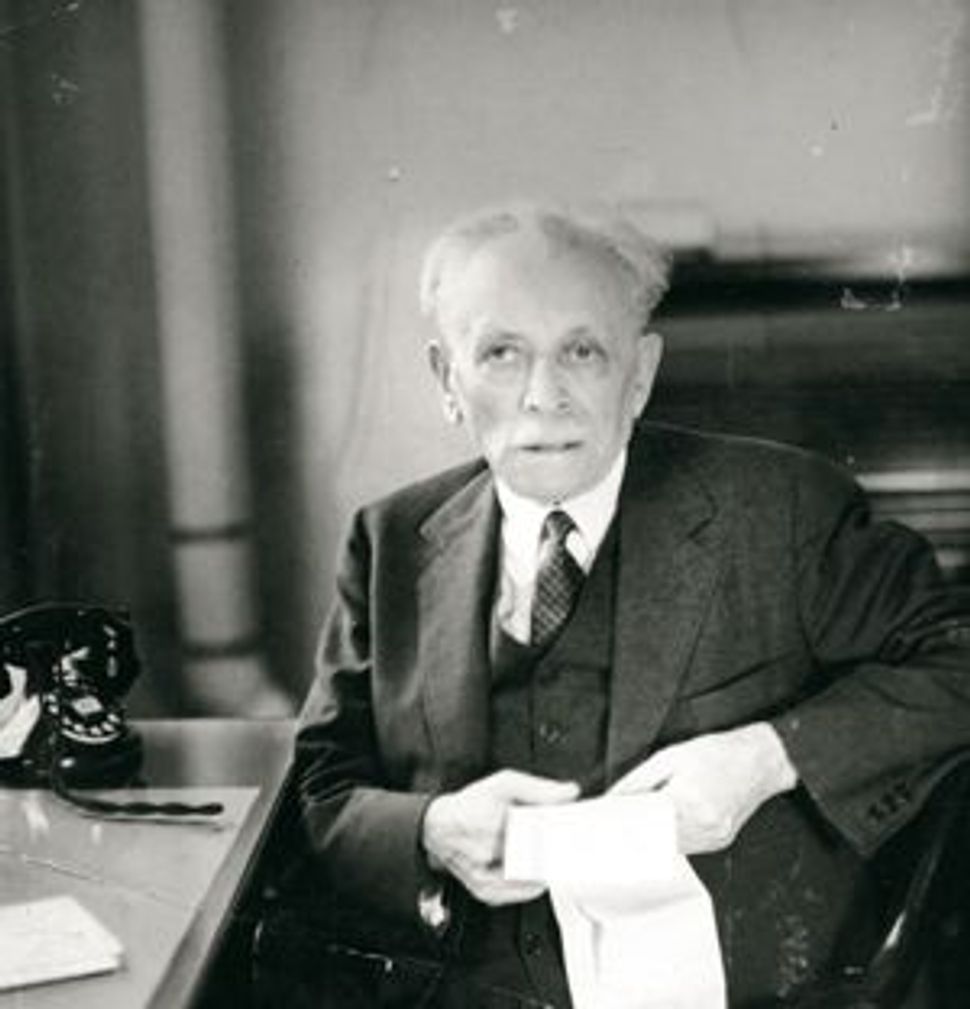 A Man, a Desk, a Telephone and a Stentorian Manner: Even as a meticulously dressed elder- ly man, Cahan ruled the newsroom and beyond from his desk. Image by FORWARD ASSOCIATION

The first day that I spent in Police Headquarters, an important meeting of the Police Board was supposed to take place. Riis [Danish American journalist, social reformer and documentary photographer Jacob Riis] led me down into the hall where such meetings were held. Everything was new for me. 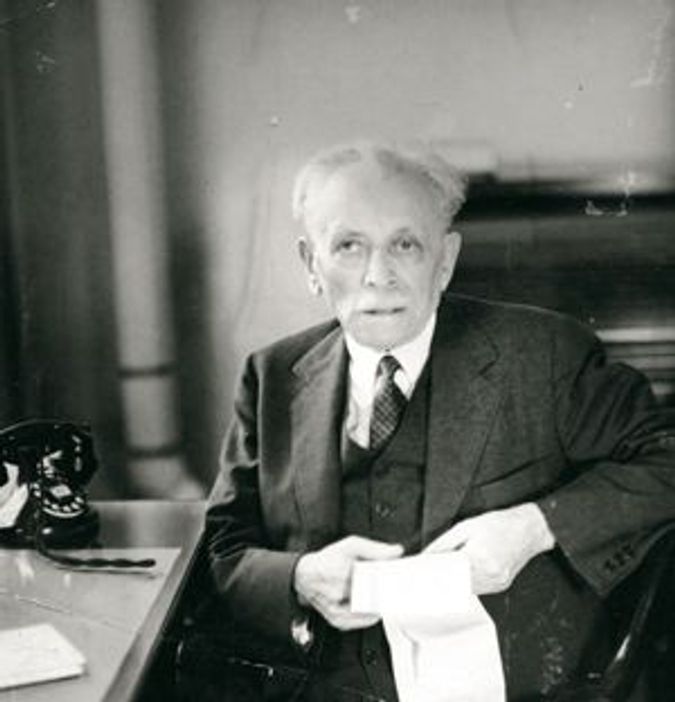 A Man, a Desk, a Telephone and a Stentorian Manner: Even as a meticulously dressed elder- ly man, Cahan ruled the newsroom and beyond from his desk. Image by FORWARD ASSOCIATION

At this meeting, the Chief of Police at the time suggested a new way to muster the policemen. For this purpose he recommended a former army general. Using the police club like a rifle, he showed how the general taught the policemen in the military fashion. He spoke about this with enthusiasm and reverence. It was funny but interesting.

After the meeting, Riis said to me: “You can’t write that and bring it to the editor’s office, time is too short. You have to call it in.” At the words “call it in” I got hot and cold flashes.

Up to that time I had never held a telephone in my hand. To a reader today this will seem ridiculous. And even then it was also ridiculous. True, at the time telephones were less widespread than today, a lot less; but in thousands and thousands of offices and in wealthier homes they were already a usual thing.

When I came to America, in 1882, the telephone was still a relatively new invention. In my last year at the Vilna Teachers’ Institute, in 1881, I learned about the telephone in a new physics textbook. Katelnikov, our director, set up a test telephone between his home, which stood at the edge of the institute’s courtyard, and the teachers’ room, which was in the building of the institute itself, at the other end of the long courtyard. Through this telephone I heard him speak several words. But for general use, telephones were still unknown in Russia.

Only when I came to New York did I see a real telephone.… I myself, however, never had use of a telephone until that day when I needed to report in the Commercial Advertiser about the police meeting. In the area where I was, there were no telephones. In the Forverts editor’s office nobody even dreamed of such a luxury, nor in the office of the Workmen’s Advocate or The People. I don’t think I would exaggerate by saying that in the whole Lower East Side then there were only a few telephones.

In this way it happened that at the time when my name was more or less well known in American literary circles, in regard to the telephone I was absolutely “green.”

So suddenly I must make a call. What to do? I get going in search of a phone, and what will be, will be. Nowadays there is hardly a drugstore without a telephone. At that time, a drugstore that did have a telephone was not the usual thing. Luckily, however, I soon found such a drugstore and, indeed, on Houston Street, a few blocks from Mulberry. Thus, I have a telephone. But what do you do with it? Naturally, I knew which part was the “receiver” and which the “transmitter.” But I did not trust my own abilities on the instrument. In despair, I asked the druggist to speak for me. The druggist was friendly, but he was an Italian (the area was already at that time a part of the Italian quarter), and he had a real Italian accent, with hard “r”s that cut me like dull knives. Some of his English words I could barely understand. But every second was precious…

In short, I dictated my report to him word for word and he repeated it into the phone. He was so excited about the job that he pronounced the words resoundingly in a loud voice. In this way we took turns “singing” for about 10 minutes — for a third of a column.