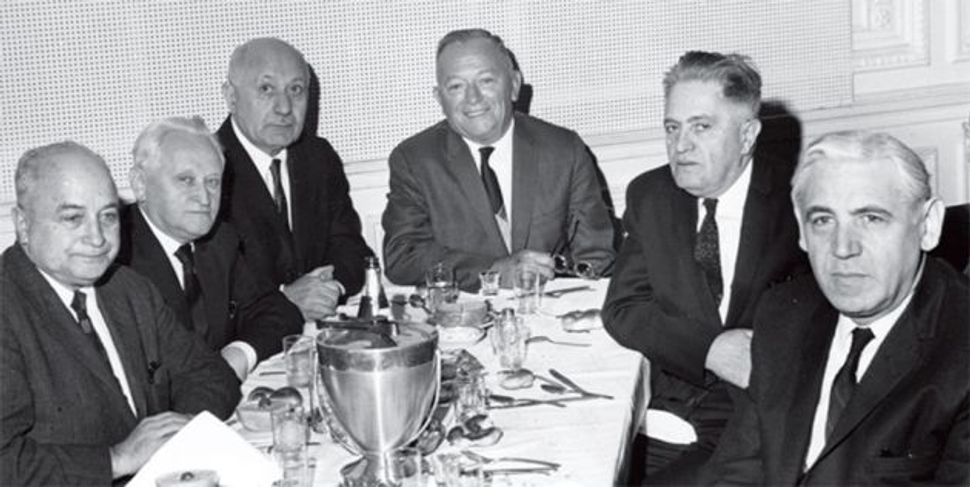 Agony Uncle: Isaac Metzker (second from right) was one of the last editors of the Yiddish Bintel Brief. Image by FORWARD ASSOCIATION 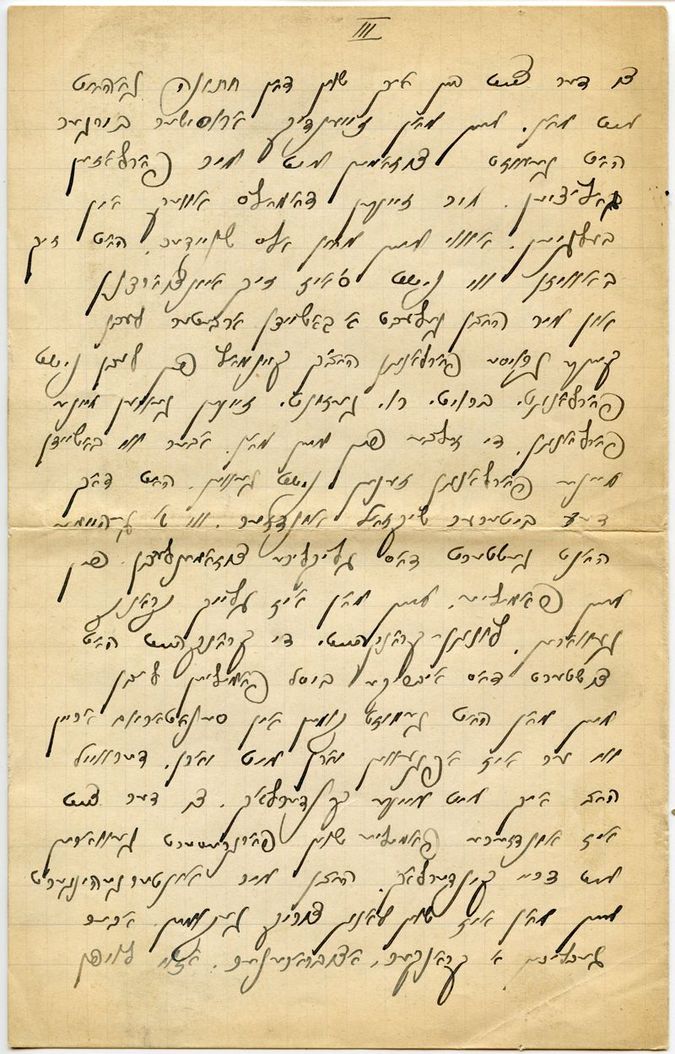 Brussels Spouts Yiddish: The letters came from far and wide. This one, from Abraham Klibonski, came from Belgium in 1926. (Click image for larger view) Image by FORWARD ASSOCIATION

Yiddish for “a bundle of letters,” the column, begun in 1906, was the brainchild of the Forward’s founding editor, Abraham Cahan. He solicited questions from readers and, some scholars believe, he even asked his writers to tweak some of earliest Bintel Brief letters. Before long, the column had become wildly popular among New York’s Yiddish-speaking immigrants who were struggling to acculturate. There were more than enough real troubles to fill the column — from the man obsessed with exacting revenge on the ringleaders of a pogrom that killed his parents, to the woman who was promised, against her will, to her stepbrother in exchange for her steamship ticket to America.

Back in Europe, these people might have sought advice from their rebbe; in America, they asked the Forward’s “esteemed editor.”

Those who sent letters often begged for the opportunity “to tell the world of my sufferings” or “to convey some part of my tragic life.” Unburdening their hearts seemed as much the point of their letters as the reliably practical advice — frequently served up with subtle, socialist lessons — that characterized Bintel Brief answers. It was poor man’s therapy.

And many of those who wrote to A Bintel Brief during its early years were desperately poor, lonely and disoriented. “Hundreds of thousands of people, torn from their homes and dear ones, were lonely souls who thirsted for expression, who wanted to hear an opinion, who wanted advice in solving their weighty problems,” Cahan wrote in his five-volume memoir. “‘Bintel Brief’ created just that opportunity.”

Over time, A Bintel Brief reflected demographic shifts in the Jewish community.

As poor Jews made it into the working and middle classes, as they moved out of the tenements and into more comfortable homes in the boroughs and the suburbs, and as they became more assimilated, the letters bespoke that general upward mobility.

Through the 1940s, the questions often revealed the tension between their old, cherished ways and their modern lives. Can an “intelligent progressive person” visit a traditional Jewish matchmaker? Is it appropriate to ask one’s parents to refrain from speaking Yiddish in polite company? In later decades, the letters conveyed the problems facing urban synagogues, in the wake of mass migration from the Lower East Side. But by the 1970s, the predicaments were increasingly beginning to resemble those of the general population; marital woes and in-law drama were common themes of the letters.

Waning in popularity, the Forward discontinued A Bintel Brief in the early 1980s. The column’s demise was reported in an article in The New York Times, in which the Jewish Daily Forward’s then editor, Simon Weber, was quoted as saying, “The readers… ran out of problems.”

The founding editor of the English-language Forward, Seth Lipsky, had a different explanation when I interviewed him several years ago for my chapter on advice columns in the 2007 anthology, “Jews and American Popular Culture.” He suggested that it was “not exactly that Forward readers ran out of problems, but the problems they were encountering were increasingly the same that all other Americans encountered, so it was not necessary to turn to the Forward for answers.”

And yet there remains an appetite for guidance that draws on Jewish history, values and vocabulary — even if that appetite is smaller than it once was. Which is why, in 2007, the Forward’s then web editor, Daniel Treiman, revived A Bintel Brief as a weekly online exclusive feature. Since then, many high-profile guest columnists — including former New York City mayor Ed Koch, actress Mayim Bialik, sex therapist Ruth Westheimer, late-night comedy writer Rob Kutner and writers Ayelet Waldman, Hanna Rosin and Ariel Levy — have doled out advice to Forward readers. These columnists’ thoughtful advice and continued interest in the feature are tributes to the legacy of Cahan’s Bintel Brief.

Some of the questions we receive deal with Jewish conundrums: How do I convince my non-Jewish daughter-in-law to circumcise our grandson? Should I buy a gift for a Jewish friend’s baby shower even though I’m superstitious? How do I “break up” with my Hebrew school carpool? But most are not all that different from those published in general interest “agony aunt” columns. Our “agony aunts” are just more likely to provide a dose of Jewish motherly — or fatherly — advice, and to pepper their answers with Yiddish.

As for the questions, they no longer come in bundles; they come via e-mail.

Gabrielle Birkner is the Web editor of the Forward.