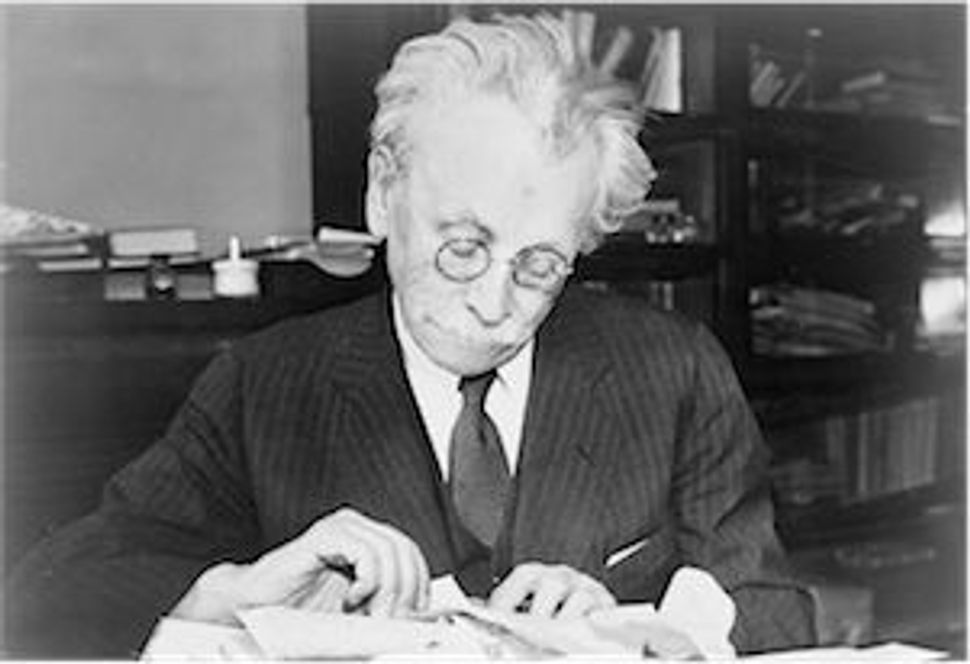 The push and pull between the hot embrace of a native community and the exhilarating freedoms of America has riven nearly every immigrant group in this country — not least of which the Jews. Many of the Yiddish-speaking arrivals who came by the boatload in the late 19th and early 20th centuries bemoaned the loss of religion, language and common identity that came with assimilation. To others, these were nothing more than mothballed heirlooms smelling of Old World backwardness and the ominous creep of parochialism. Between these poles stood Abraham Cahan. 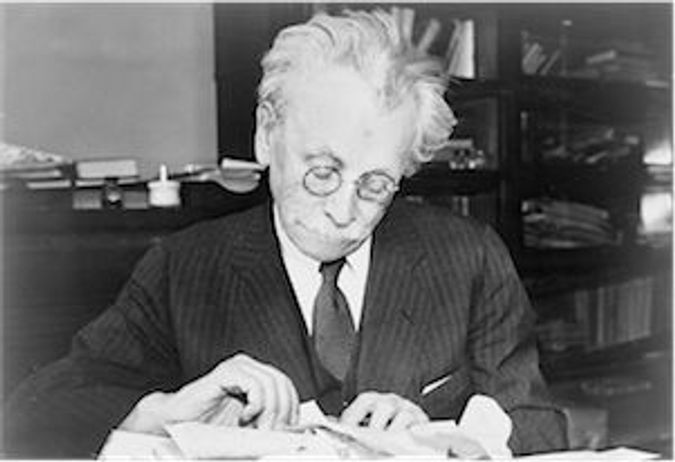 With his fierce moustache and unruly salt-and-pepper hair, Cahan was the very image of a feisty Yiddish journalist. During his long career, he wrestled with the most pressing issues of his day: socialism and the American labor movement (of which he was a crucial supporter); the Russian Revolution and Soviet communism; the rise of Nazism and the Holocaust; Zionism and the emergence of the State of Israel. Along the way, he found time to compose many works of fiction, including his landmark 1917 novel, “The Rise of David Levinsky.” But it was as the editor of the Forverts — the largest and, arguably, the most important Yiddish newspaper in history — that Cahan became a friend and confidant to generations of Eastern European immigrants. His articles, editorials and famed A Bintel Brief column not only spoke to readers in their own language, but helped them adapt to life in America, easing them along the hard road toward cultural and economic success.

It was Cahan’s combative personality, as much as his lofty editorial position, that made him one of the most notorious figures on New York City’s Lower East Side. Born in the Lithuanian shtetl of Podberezhye in 1860 and raised in the nearby city of Vilna, Cahan possessed a voracious (and often obsessive) intellectual appetite. After spending his teenage years immersed in talmudic study, he moved on to Russian literature and the exciting underground world of radical politics. In Czarist Russia political idealism often invited arrest, and when the police came to search Cahan’s room for subversive literature, he decided to leave for America.

Even before Cahan’s ship docked in Philadelphia on June 6, 1882, the ambitious 22-year-old had mastered a rudimentary grasp of English and was serving as an intermediary between the boat’s crew and his fellow passengers. In New York City he got a job in a cigar factory, and he spent his meager earnings buying a complete set of Dickens, which he devoured in his attic room on Clinton Street. At the same time, Cahan began contributing to the nascent Yiddish press. In 1897, following a series of lesser journalistic posts, he was named editor of the new social-democratic Yiddish newspaper, the Forverts.

For all his talents, Cahan was not an easy man to get along with. Adolph Held, a longtime colleague, once described him as a “Bolshevik of the spirit,” and Irving Howe, in his authoritative 1976 history of immigrant Jewry, “World of Our Fathers,” describes him as “irritable and cranky, inordinately vain, [and] seldom at ease.” At the Forverts he insisted on absolute editorial control, and he quit — twice — when it wasn’t granted. As a drama critic he maintained a running feud with the Yiddish playwright Jacob Gordin, and when Gordin died of cancer in 1909, many accused Cahan of hounding him to his grave.

Cahan was dogged by other, more substantive controversies, as well. His belief that it was just as important “to teach the reader to carry a handkerchief in his pocket as it is to teach him to carry a union card” was considered political heresy by many of his socialist colleagues, for whom the union card clearly took precedence. And although the Forverts published some of the finest Yiddish literature ever written (the paper was long associated with such writers as Sholem Asch, I.J. Singer and, later, Isaac Bashevis Singer), Yiddish intellectuals attacked it as being crass and lowbrow. Worse still, they accused Cahan of indifference toward the fate of Yiddish language and culture, a charge that was not without merit. For Cahan, the priority was the material and social welfare of his audience, not the preservation of the culture his readers had brought from Europe.

Yet Cahan’s contribution to the upward trajectory of American Jewish life should not be underestimated. Given the success with which the Jews did eventually adapt to their new country, it is hard now to appreciate the one-time urgency of the task. But in the early decades of the 20th century, the Jews’ ascent from the very lowest rungs of the socio-economic ladder was by no means a given. “It cannot be denied that there was a fear that the historical experiment in America might end in catastrophe,” Howe writes. “The slums of New York, Chicago and Philadelphia were the last frontier: either the Jews would make a new life here or the whole experience of migration would collapse in shame.”

If, in fact, the experience did not collapse in shame, it is in no small part because of the Forverts and the leadership of Cahan. That Cahan’s success came at a price is undeniable. Indeed, the ongoing struggle to preserve Yiddish might be seen as the flip side of Cahan’s insistence that his readers learn English, send their children to college and otherwise become thoroughly Americanized. But the rewards of Cahan’s efforts — the cultural and economic achievements of American Jewry — are just as significant, and for that we have him to thank.