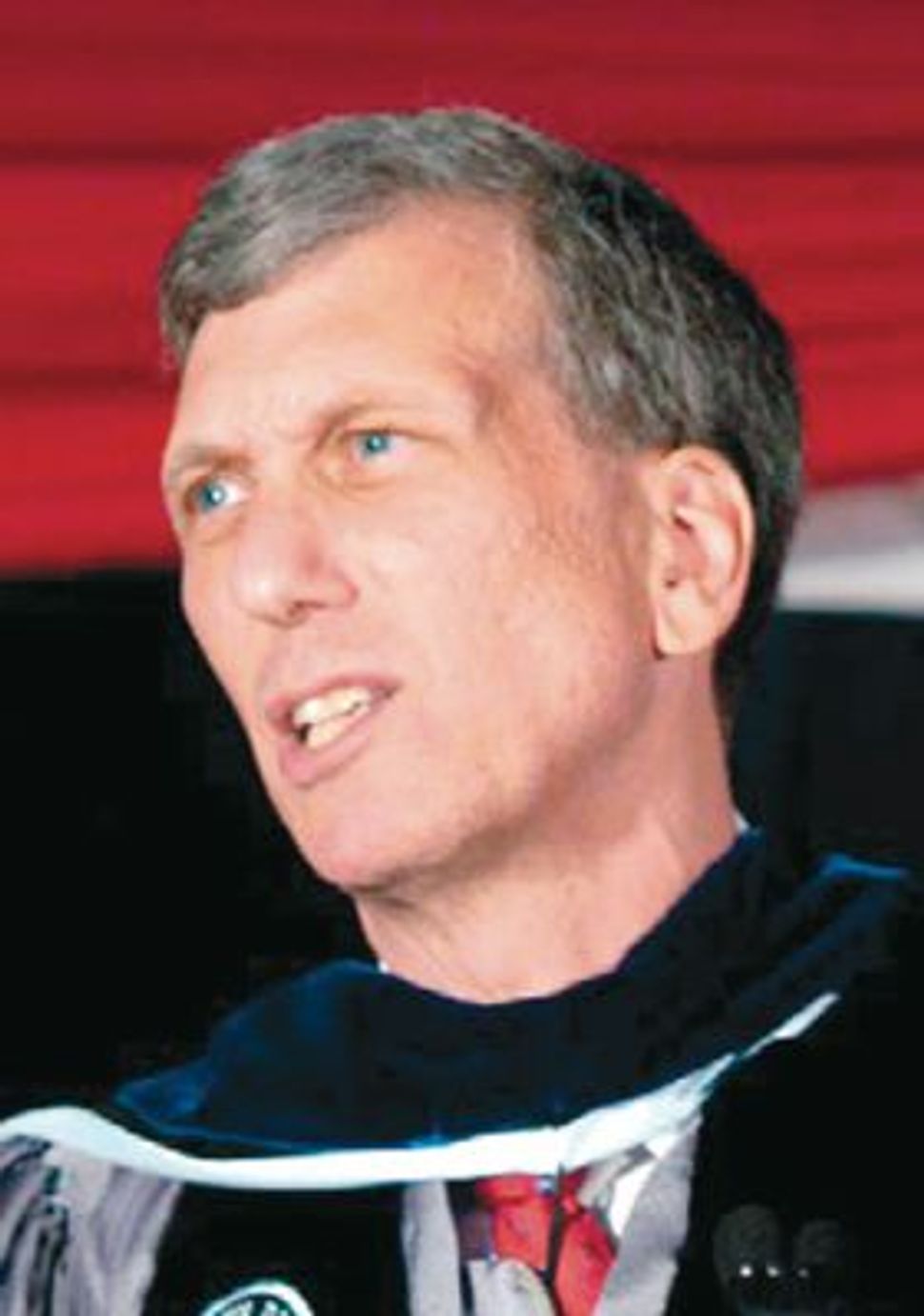 New Path: JTS Chancellor Arnold Eisen says this is a time of change and challenge. Image by File Photo

Conservative Judaism’s flagship educational institution, historically at the forefront of academic Jewish studies, has announced a new strategic plan that reduces the number of its doctoral programs and focuses more on engagement with the Jewish community. 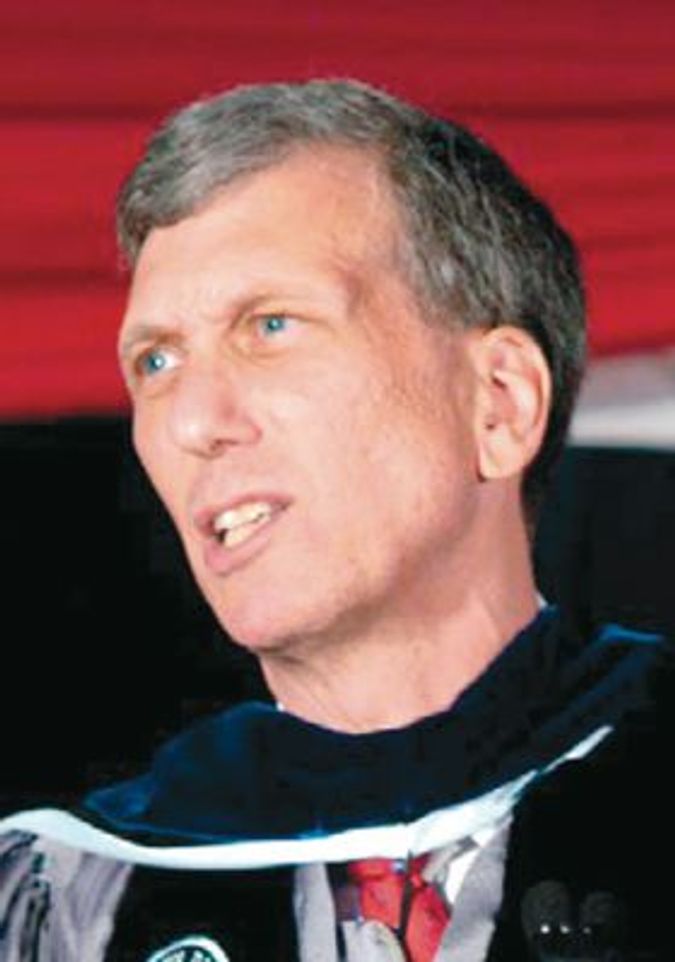 New Path: JTS Chancellor Arnold Eisen says this is a time of change and challenge. Image by File Photo

The Jewish Theological Seminary’s new strategic plan, described by the school’s chancellor, Arnold Eisen, at its May 17 commencement ceremony, comes in the midst of a financial crisis that has rocked JTS, and a broader identity crisis within the Conservative movement as a whole.

“We began the process of institutional examination and renewal fully aware that this is a time of rapid change and massive challenge,” Eisen told a packed crowd of graduates and their families. “The possibilities for growth and renewal today may be less readily discerned and less frequently noted than the obstacles that confront Jews, but they are truly remarkable.”

Earlier this year, JTS stunned students and faculty with the abrupt announcement of the elimination of the position of dean of the H.L. Miller Cantorial School and College of Jewish Music, held for over a decade by Henry Rosenblum. The announcement, made on a Friday, caught cantorial students off guard. At the time, the chancellor said that JTS was struggling with a budget shortfall of $3.8 million.

Under the new strategic plan, detailed in a document released shortly after the commencement address, JTS’s cantorial and rabbinical programs will be overseen by a single dean, and another dean will head its graduate school and undergraduate programs. Further, the school’s 17 academic departments and programs will be reorganized into four large departments, each under a broad rubric such as Jewish Languages or Jewish Cultures and Communities.

School officials describe a reorientation of the school away from its once-dominant role in the world of academic Jewish studies.

“Once upon a time, there was no academic Jewish studies in colleges and universities,” Eisen told the Forward. “So you had the possibility of a place like JTS, which concentrated a huge percentage of the faculty resources in Jewish studies in North America.”

Given the growth of the discipline of Jewish studies, Eisen said, “That day will never return.”

Instead, the school will focus on a few sub-disciplines of Jewish studies. Eisen said that the faculty was in the process of determining what those sub-disciplines would be.

Eisen emphasized, both in his address and to the Forward, that JTS will retain its emphasis on scholarship.

“I think there’s a change in emphasis from more of an ivory tower atmosphere to a sense of the seminary’s connectedness to the Conservative and centrist Jewish community, and to the Jewish community as a whole,” JTS’s provost, Alan Cooper, said.

Burton Visotzky, a JTS professor and former dean of its graduate school, said he was not concerned by the change in emphasis described in the plan.

“I think it allows us to move towards more interdisciplinary work, to do the kind of hiring and collegiality that was difficult to do under the old system of so many different departments,” he said.

But Michael Berenbaum, a professor at American Jewish University in Los Angeles, said that a reduction in the number of doctoral programs will make it difficult for JTS to retain top professors. Given that leading universities throughout the country run Jewish studies programs, Berenbaum said that academics, facing fewer opportunities to work with doctoral candidates, may choose to go elsewhere.

“There’s clearly a retrenchment that’s going to impact on the ability to recruit and maintain great faculty,” Berenbaum said.

Eisen, however, said that he did not believe that JTS would have a problem attracting top scholars. He said that Jewish studies programs at other institutions also have chosen to emphasize areas of specific expertise.

In his speech to graduates, Eisen emphasized new programs that will bring the school in greater contact with the broader Jewish community. He announced plans for classes starting this fall for New York-area adults not enrolled in the school, emphasized the importance of the school’s library and said that continuing education for professionals working in the Jewish communities would be “a core element of the mission.”

“Just as the walls separating schools and disciplines inside JTS will come down, so will the walls dividing full-time students on campus from part-time students in the surrounding areas,” Eisen said.

The school’s new strategic plan also outlines a new emphasis on practical skills for rabbis and cantors, such as pastoral care and fundraising, alongside scholarly work.

The plan also attempts to reassert JTS’s role at the head of the Conservative movement. In recent years, the traditional sense of JTS as the Conservative movement’s central institution, and of its chancellor as the movement’s titular head, has diminished. It is no longer the only American institution ordaining Conservative rabbis, a role that it has shared with the Ziegler School of Rabbinic Studies at American Jewish University for more than a decade. And with the installation of Eisen as chancellor in 2007, JTS no longer has a rabbi at its helm.

While the text of the plan states that it “was never conceived as a budget-cutting exercise,” it acknowledges that it has been “devised with full awareness of the desire to improve JTS’s financial condition.” To that end, it outlines a number of new initiatives to increase revenue, including heightened focus on soliciting more small gifts from donors and the establishment of tuition-generating part-time programs.