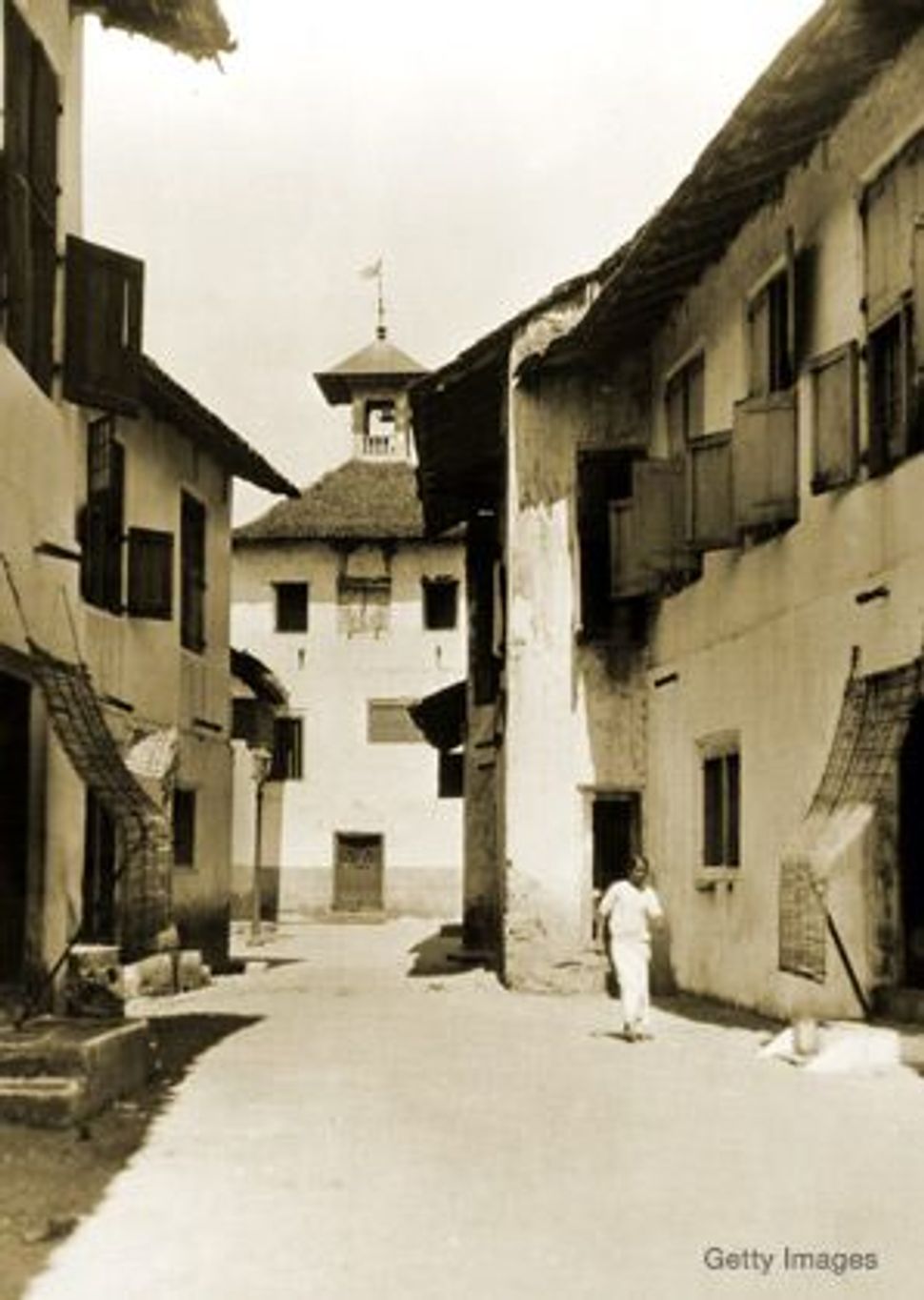 Down Memory Lane: Cochin was once a center of Jewish culture. Above, a street leads to a synagogue in the city’s old Jewish quarter (circa 1950).

The candles were lit just before sundown, and the Sabbath meal was about to be served. 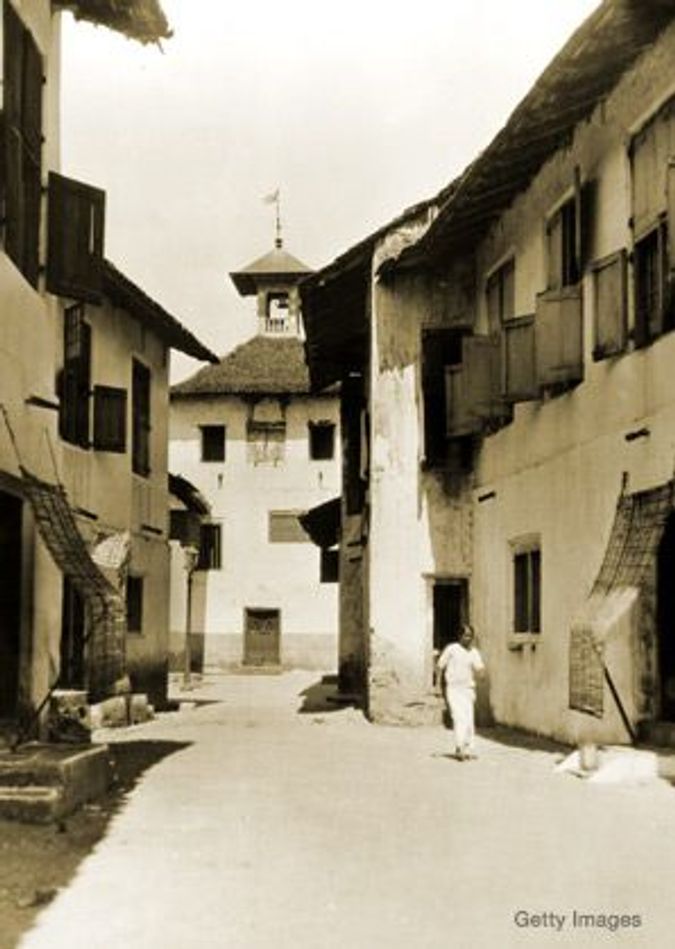 Down Memory Lane: Cochin was once a center of Jewish culture. Above, a street leads to a synagogue in the city's old Jewish quarter (circa 1950).

Instead of challah, though, we started off with tapioca chips. And there was no sign of brisket anywhere. For we were in Kochi, India (formerly known as Cochin), and the setting for Friday dinner was at one of the famous Jewish sites in that extraordinary country.

Cochin was once a center of Jewish culture and business, and it still has an elegant 16th-century Sephardic temple. But for my wife and me, the destination in this city, a 90-minute plane ride from Mumbai, was a Jewish restaurant.

We’ve made similar stops in Shanghai, in Turkey, in Venice, in Buenos Aires, in Rio.

The place for Jewish food — well, Indian-Jewish with Iraqi roots — is Koder House, which was reconstructed over a 16th-century building site and has been presided over for 100 years by the Koders, one of Cochin’s most prominent Jewish families. In recent times, it has become a six-apartment hotel with a “kosher-style” restaurant known as Menorah. Call it Jinduish food — a meld of Hindu and Jewish.

Our thoughtful tour operator, Abercrombie & Kent, had arranged this detour when I mentioned I was Jewish. It was a 10-minute cab ride from our fancier digs at the noted Taj Malabar hotel.

The Koders’ matriarch, Quinne (pronounced “queenie”), passed on the Jewish family recipes to the restaurant’s current owners. A few years ago, Koder House was taken over by the entrepreneurial Vicky Raj, an enthusiastic Indian businessman who set out to learn about Jewish culture. He joined us for dinner.

The setting was the open courtyard under the Indian stars on a warm winter night this past December. There were several tables alongside a pool, beyond which stood a 3-foot-high menorah. The lighted candles exuded a dramatic, if still, solemnity.

“The family came from Iraq,” Raj said, explaining that the Koders brought with them Iraqi recipes that they fused with Indian spices and dishes.

The waiter announced, “Pineapple salad,” and each course was presented as if it had exotic overtones. The salad was dotted with sweet pineapple, shredded cabbage and carrots, and drizzled with vinegar, olive oil and garlic. The fruit was a welcome counterpart to the other brisk ingredients.

After the salad came the oaf marak — a chicken-vegetable soup that included the soup greens (my grandmother pronounced them “soupen greens”) of my youth. But this one also had turmeric and coriander.

Finally, the main course: oaf mulagirachi, a chicken dish. But this was hardly your grandmother’s Friday night chicken. For one thing, the poultry was halal, or permissible under Islamic law, rather than kosher. (Raj said that, if necessary, the restaurant could actually procure kosher meat.) The tomato-based dish consisted of cubed chicken cooked with ginger garlic paste, chili powder, tamarind juice, turmeric and chili, and various curries. It all came together in a fragrant brown stew.

We topped off the meal with a sweet rice dessert.

The reason the restaurant describes itself as “kosher-style” is that it uses coconut milk instead of real milk. Dinner runs about $11 a person and half-price for children under 12. Every diner gets a tour of the grand old hotel, which Raj renovated in a manner “to keep the heritage of the place.” The rooms, which cost around $300 a night during peak season (October to April) and $150 a night the rest of the year, are built around a huge common living room.

But the Koder House always has more diners than it has overnight guests, and most of the visitors don’t appear to be Jewish. For all they know, they’re having Indian food while gazing at a candelabra. But with the menorah candles flickering, and the waiters hovering above like Jewish grandmothers, it felt like Shabbos to us.

In more than 40 years with The New York Times, Gerald Eskenazi has written about, and eaten at, Super Bowls across the country and Olympics around the world.