Poles Create Images That Say: ‘I Miss You, Jew’ 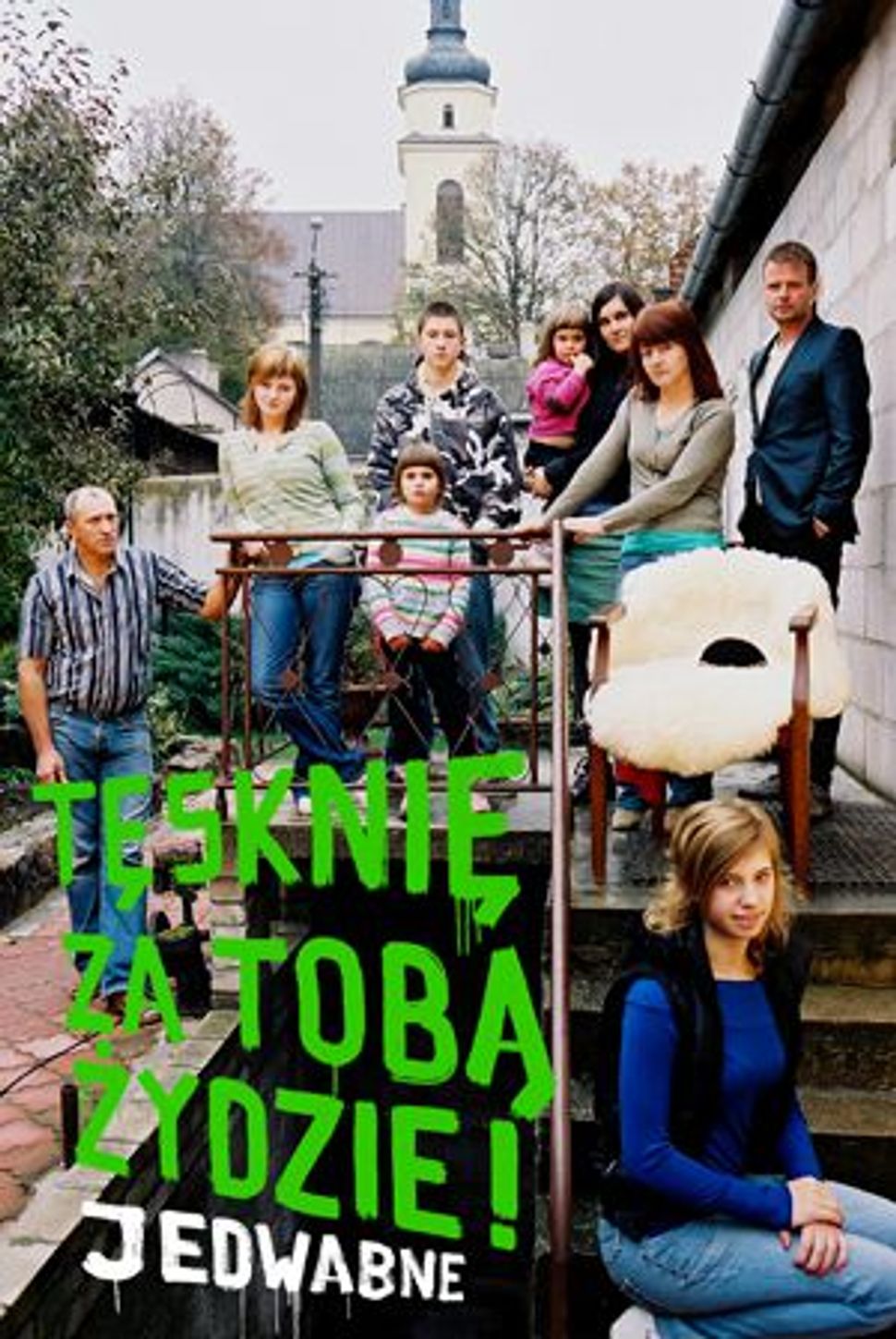 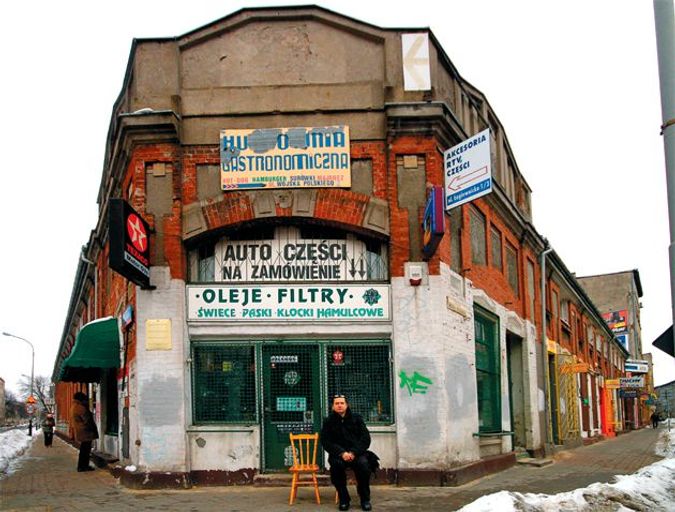 A Record of Absence: One of the participants in the nationwide photo project sits in Lodz, next to an empty chair that symbolizes the Jews who are gone. Image by TESKNIE.COM

It’s 2 p.m. on a Saturday in March when a large group of people rushes to the Dworzec Gdański railway station. They are not here to catch a train, though. “I saw you on the television this morning. You are doing that Jewish thing, right?” a lady in her early 60s says as she approaches Rafał Betlejewski, a 40-year-old Warsaw-based artist and advertising executive.

“Thank you for coming. Would you like a photo?” Betlejewski replies.

With the others, the woman gathers around an empty chair with a black yarmulke atop it. The group photo shoot is about to begin.

The roots of this project go back to 2000, when Jan Tomasz Gross, a Polish-born history professor at Princeton University, published a book titled “Neighbors: The Destruction of the Jewish Community in Jedwabne, Poland.” The book studied the massacre of the Polish Jews in the village of Jedwabne, with Gross describing how the mass murder was perpetrated by Poles and not by German occupiers, as previously assumed. At least 300 Jews were killed on July 10, 1941, with some research findings suggesting that the number of victims could have been as high as 1,600.

Betlejewski read the book and had a wakeup call. Raised in socialist Poland, in which open discussion about the long history of Jews in Poland was taboo, Betlejewski didn’t know much on the subject. The book’s findings shocked him. “We were raised in ignorance, as no one in school bothered to tell us that before the war, there were more than 3 million Jews living in Poland,” he said. Back in the day, he could be even heard telling antisemitic jokes, assuming there was nothing wrong with that. “Being ignorant was a given,” he said. “I didn’t know a single Jew, and yet I somehow believed all the stereotypes.” 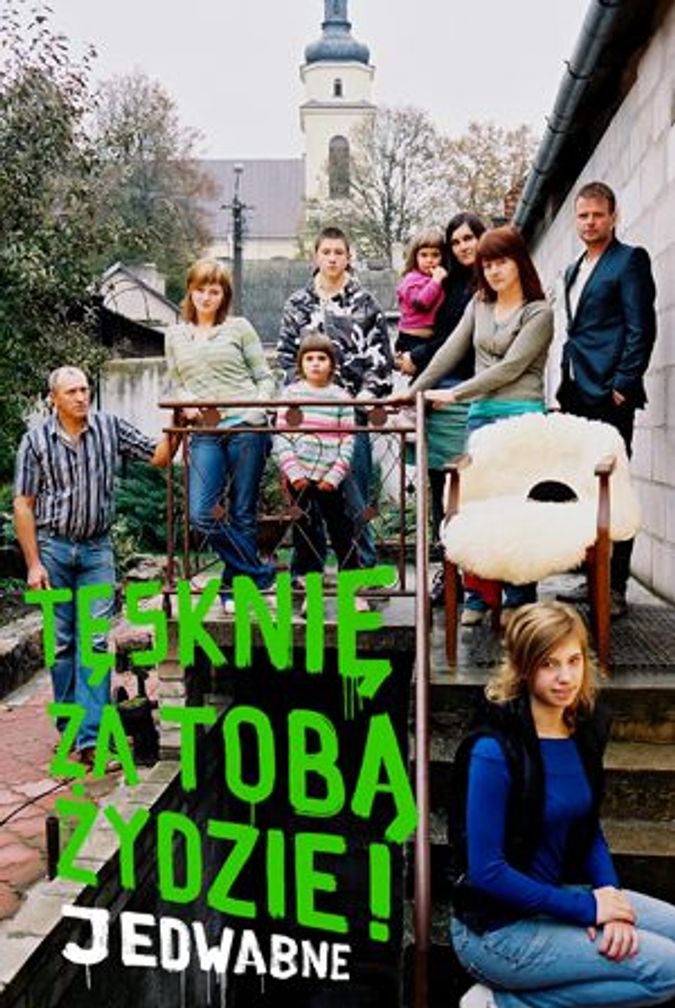 In 2005, after a visit to Jedwabne, Betlejewski started thinking about ways to commemorate Jewish victims of the Holocaust in Poland, as well as Jews who were forced to leave the country in the 1960s, during a period of government-sponsored antisemitism. All these people are now gone, he thought, but the memories of them are not. And yet, he didn’t want to do another project dealing with the Holocaust trauma, a popular topic among Polish artists and writers. He had in mind something more personal.

Soon after, at a hip cafe on Próżna Street, just a few meters away from the Nożyk Synagogue, Betlejewski met with Judyta Nekanda-Trepka, 27, a cultural and educational coordinator for the small but reviving Warsaw Jewish community, which has about 600 members.They clicked, and by the end of the meeting Nekanda-Trepka was onboard as a curator and collaborator.

The idea of the project, which was called Tęsknię za tobą, Żydzie, meaning “I miss you, Jew,” was simple. First, the two compiled a list of cities and towns across Poland that used to have large Jewish populations. Betlejewski then visited these places and took photos of both individuals and groups standing near an empty chair with a yarmulke on it, a sign of the Jewish absence. The follow-up is to be an exhibition of the photos at a venue not yet determined.

Before the official start of the photo project, however, word of it got out, and the two artists started receiving e-mails. “People were sharing their memories with us,” Nekanda-Trepka said. “They obviously had some unfinished business and needed an outlet. They were missing the Jews.”

This led the pair to create a website (www.tesknie.com) that now serves as a platform for these stories. Some 3,000 such stories have come in since the site’s launch January 27, International Holocaust Remembrance Day.

“Frankly, I didn’t expect such a response,” Betlejewski said. “The project has expanded massively, yet it remains very private, very personal. After more than 40 years, lost friendships are being restored on the website, people are getting in touch with their schoolmates.”

The idea is not strongly supported everywhere. During a recent photo shoot in Grodzisk Mazowiecki, a town near Warsaw where Jews constituted 87% of the population at the beginning of the 19th century, only 15 people showed up. At the Gdański train station, a large number of those who came were in attendance mainly because of their own Jewish roots. Some critics see in the project both a hidden Jewish agenda and a simple gimmick for self-promotion by Betlejewski, who has conducted two unrelated social campaigns in his work as an ad agency executive.

Meanwhile, another project-related initiative has landed Betlejewski in court. Under the cover of night, Nekanda-Trepka and Betlejewski began sneaking into abandoned buildings in Warsaw and small towns around the capital in districts once inhabited by Jews. There, they would paint murals with the message “I miss you, Jew” on them. During one of these outings, Betlejewski was arrested and charged with vandalism with a possible antisemitic propaganda motif. He now has two pending court cases against him. To the police, a mural on a wall with the word “Jew” on it could mean only one thing. In Poland, even today, “Jew” is still considered a somewhat offensive word.

“With the campaign, we wanted to remind people of the actual meaning of the word,” Nekanda-Trepka said. “’Jew’ is not an offensive word!”

The University of Warsaw, for example, was happy to grant the

pair a permit for a photo shoot on its campus, but with a proviso: “We would like to kindly ask you not to use the phrase ‘I miss you, Jew’ during the photo shoot,” the university’s permit requested. “Instead we propose you use the similar phrase ‘We miss you.’” Under media pressure the university ultimately apologized for the suggestion. On Sunday afternoon March 28 some 150 people showed up at the campus for the photo shoot. “I miss you, Jew,” the crowd screamed.

“That’s what I am talking about — people screaming that sentence at the campus and meaning it. Who saw that coming?” Betlejewski asked.

Mladen Petrov can be reached at feedback@forward.com

Poles Create Images That Say: ‘I Miss You, Jew’