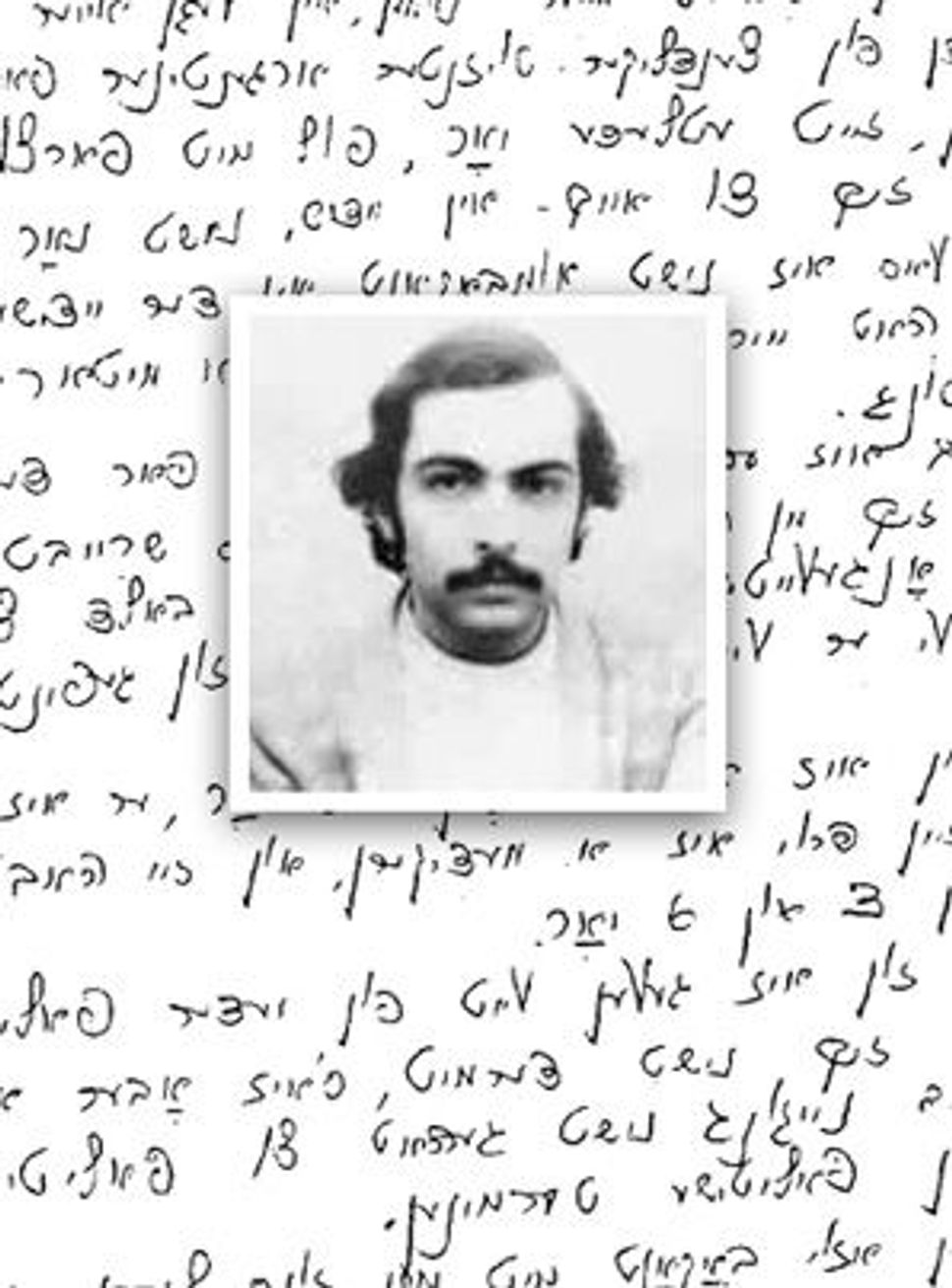 Disappeared: A researcher at the National SEcurity Archive recently uncovered a 1979 letter written in Yiddish by an Argentine man whose son disappeared two years earlier, under the repressive rule of the country’s military dictatorship.

Like many unresolved crimes, the tragedy of the Argentine citizens kidnapped by agents of the murderous military régime that ruled from 1976 to 1983 doesn’t seem to go away. 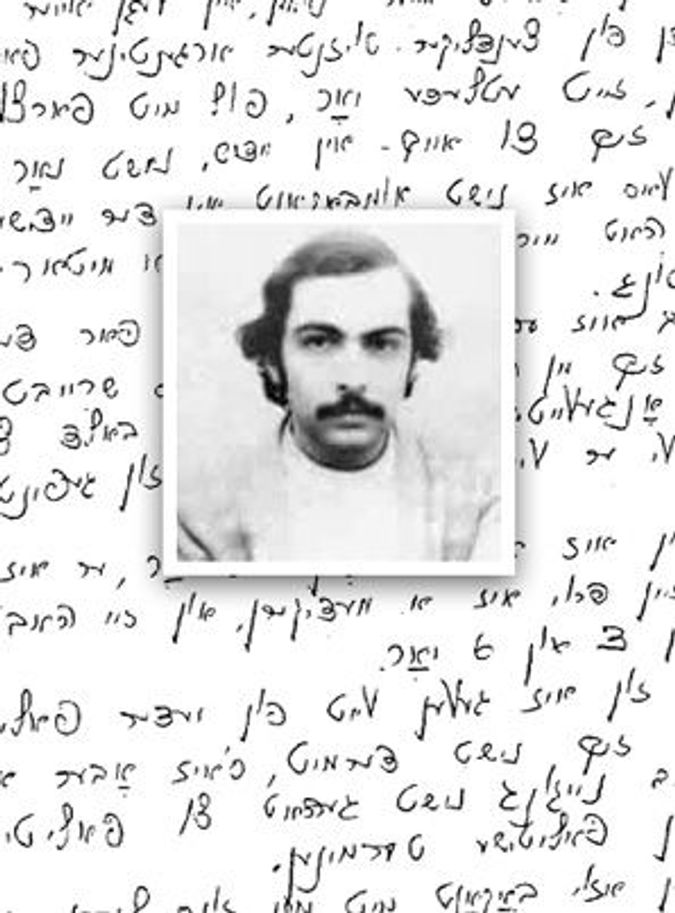 Disappeared: A researcher at the National SEcurity Archive recently uncovered a 1979 letter written in Yiddish by an Argentine man whose son disappeared two years earlier, under the repressive rule of the country's military dictatorship. 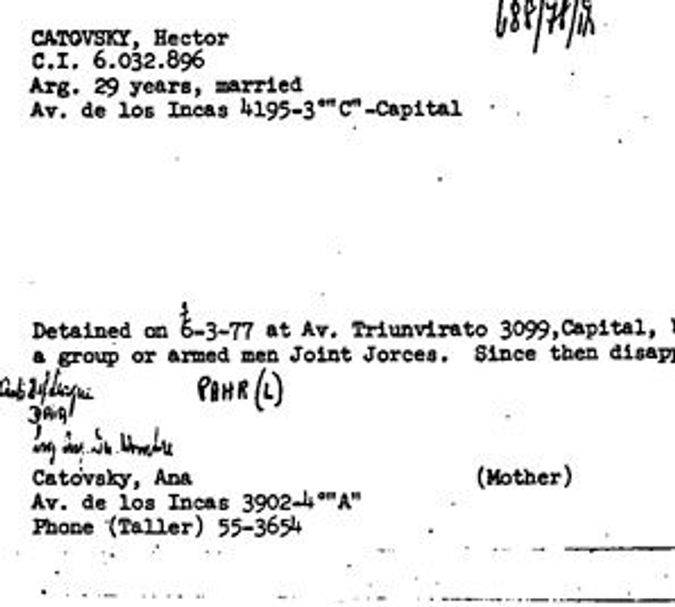 Late last month, while continuing his examination of the trove of 4,700 documents known collectively as “The Argentina Declassification Project,” Carlos Osorio, director of the Southern Cone Documentation Project at the National Security Archive, uncovered a single scribbled letter, dated 1979, that illuminates a previously unknown Yiddish angle to the despondency felt by the parents of Argentina’s young victims.

Explaining his use of Yiddish, Catovsky père wrote that “aside from which, it is probably a talisman [segula] for us as far as the censor is concerned.

“A Jew with a pain-filled heart writes to you now to give an unsolicited account of the two and a half years it will soon be in which he knows not where his son is nor whether he is still alive.” He added: “My son is now 31, and is married. His wife is a doctor and they have two children — two daughters, one is 3 and the other is 6 years old.”

Experts estimate that about 15,000 people disappeared during the reign of the generals, who attempted to rid Argentina of any possibly “subversive” elements. Intellectuals and professionals were disproportionately singled out. About 10% of the victims were Jewish, though in Catovsky’s case, as was typical of the Argentine persecutions, his fate seems to have been sealed by almost random bad luck and not his faith.

As in many cases of the Argentine disappeared, Héctor Catovsky vanished on almost every level. Kidnapped from his workplace (he was a graphic designer) by a group of armed men, he never re-emerged, never sent a postcard, never made a furtive call, never again issued a sign of life. His destiny remains entirely unknown; a Web site listing all the known disappeared specifies that there is no testimony of his having been sighted at any of the clandestine detention or death camps. The Argentine Forensic Anthropology Team confirms only that his name is listed among the disappeared, nothing about any possible political activity on his part; nor is there any speculation about his fate.

Osorio said that after finding the letter, he was “struck that the only names listed under Catovsky in the phone book are Héctor’s mother and daughters… it’s like the phonebook in some way conserves an imprint of the survivors’ past.”

Catovsky’s daughter, Carolina, who was a year old at the time of his disappearance and is today a doctor, says that the very fact of his disappearance constitutes its own void. He was not a politically active man. The family speculates that his name and phone number may have appeared in the date book of a friend who was politically active in Montoneros, an armed anti-military insurgency identified with the left. In that most Argentine irony of ironies, the friend appears to have survived the massacre.

Felix Catovsky died years ago. “He was a very special guy,” Carolina Catovksy said. “One of the tenderest, most lovable people I’ve met in my life. The truth is, those were very difficult days.” The existence of the letter was revealed to Carolina only when the Forward contacted her. “My grandfather always wrote in very emotional language,” she said.

The letter, a tiny shard from the life of her father, is addressed to David Henschel of Creve Coeur, Mo., and leaves its own open trail of questions. Contacted last week, Henschel, who resides at the same address and has for years been a civically minded man active in many Jewish community activities, identifies himself as a “photojournalist who had gone to Argentina on two occasions for the purpose of learning and reporting about that — the Jewish disappeared — matter.

“I talked to many families of the disappeared. I have hundreds of original letters from them, most in Spanish. I forwarded copies of every single letter to our Department of State in Washington, D.C.; that was my job and my solemn obligation to those families. Always, it was, ‘How would I feel if that had happened to my child!”