The Man Who Wanted To Be Woody Allen

Jews Are Funny: From left, Groucho Marx, Mel Brooks and Jerry Lewis were among the funnymen featured on ?Have I Got Jews for You,? a radio program hosted by Simmons.

David Simmons is English, but loves American Jewish funny men unapologetically. He’s full of little-known anecdotes about Borscht Belt darlings who burned their acts into our consciousness, and produced American Jewish humor as we know it. 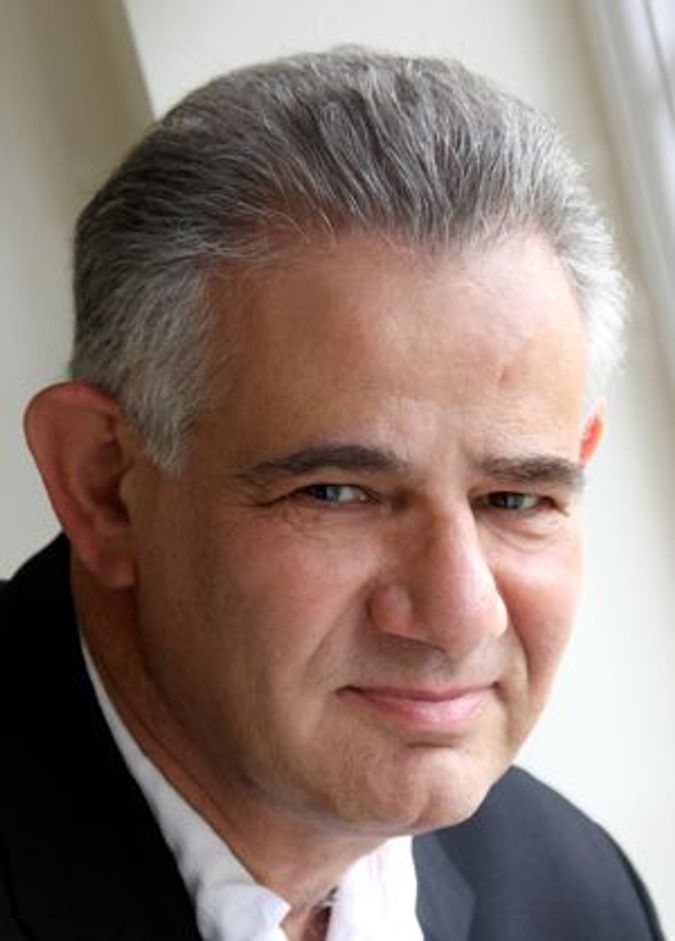 A record company CEO and music publisher, Simmons worked with Fleetwood Mac and Bob Marley. He hosted the 2007 program “Have I Got Jews for You,” which aired on the now-defunct English national Jewish radio station, Jcom Radio, and featured lore about comedians like Mel Brooks, Jerry Lewis and Groucho Marx, who once danced on Hitler’s bunker. Simmons’s play, “The Boy Who Was Woody Allen,” is now in production in London’s West End. He recently spoke with The Forward’s Allison Gaudet Yarrow.

Allison Gaudet Yarrow: Why are Jews so funny?

David Simmons: You could read off Jewish entertainers going back 100 years who had a global impact. We haven’t had that in England. The only Jewish comedians who have had a global impact are very new, [like] Sacha Baron Cohen. The other guy is Matt Lucas in [the television show] “Little Britain.” … [They] have now had success for the first time going into character, and it’s taken all these years to happen. American Jews have assimilated over the last 100 years or so, English Jews are a bit more subtle. You guys do stick your heads out, because your comedians are very Jewish.

Even the new guys, Judd Apatow and Seth Rogen, make fun of their Jewishness.

DS: Maybe that’s what makes Jews funny: We want to be loved. We try very hard.

I wanted to talk about the comedians you focused on in your series. What are some facts we don’t know?

DS: Jack Benny met his wife at the Marx Brothers’ Seder. He was a violinist for Minnie Marx, the mother of the Marx Brothers, because they were a musical act. Every one of them was working the Borscht Belt. We’ve never had that over here, this captive Jewish audience needing an endless supply of talent to entertain them in the summer months.

DS: I don’t think any of them were born with [their stage] names.

Why did they change their names?

DS: If you wanted to go out there and work, you had to have a WASP-ier name, really. When we’re Jewish, we love when our entertainers are, so there is a sort of intrigue.

We still feel people are waiting to take a poke at us if we put our heads up too much. Jackie Mason just got out there and went for it. He never changed his persona.

And he came from rabbis?

DS: Yes, he came from a family of rabbis.

He’s always been one of the more politically active and outspoken of them.

DS: Very much. He was adopted in a commercial by Jews for Jesus. And he sued them. He won an Emmy for his voice-over of Rabbi Hyman Krustofski in “The Simpsons.” He was the first guest star to win an Emmy.

Groucho Marx, there are stories, stories, stories. He danced a two-minute Charleston on top of the bunker [where Hitler died]. You’ve got to be a bit special to do something like that. One of his best friends was Alice Cooper, who is Jewish. The Hollywood sign in Los Angeles, it was falling into disrepair, and in 1978 the local municipality auctioned [it] off — each celebrity could buy a letter, and Alice Cooper bought two of the Os in Hollywood in memory of Groucho.

How did the Marx Brothers pave the way for others?

DS: Groucho used a German accent, and it was after the First World War that he changed his accent. If you’re groundbreaking and successful, then you are going to allow others to follow in your wake. Groucho died three days after Elvis Presley, so he got very little attention. His children found the note that said he wished to be buried above Marilyn Monroe.

What else can I tell you? Woody Allen was a good athlete.

DS: [Laughing] When he was a kid he was a very good basketball player and he did magic tricks. His big mistake: He married at 19. He married a 16-year-old girl, which didn’t work out and he started to call her, in his acts, “The Dread Mrs. Allen.” And I think at first she thought it was funny, but then he wouldn’t leave it alone and it became a regular part of his stand-up act. And she eventually sued him.

A lot of lawsuits for these guys.

DS: And then, of course, he got terribly involved with Mia Farrow.

And then her [adopted] daughter.

DS: I’m sure it doesn’t pass any halachic principles… . He’s an enormously complex and troubled man. He doesn’t want to bother about pitching to studios and having to put Jennifer Aniston in it if he doesn’t want to. He had old-fashioned patrons who allowed him to make films even though they didn’t make money.

He’s also a clarinet player. I’ve seen him play. That was something. He’s completely expressionless, he just sits there and plays and actually looks kind of miserable.

DS: [Laughing] That’s because he is sort of miserable.

He really has diverse interests.

DS: Yes, and an absolutely great intellectual mind. I would love to have a dinner party with Woody Allen. I’d like to sit between Woody Allen and Mel Brooks. I don’t think anybody makes me laugh more than Mel Brooks…The 2,000-year-old man, that name came up because he suffered an attack of gout, and he was in such pain that he said, “I feel like a 2,000-year-old man” — and it stuck.

Why do you think it got so popular? Why do people love it still?

DS: We all have an uncle like that, or we imagine we did — who spoke English but had that Yiddishe insight, that Yiddishe wisdom, who bullied their point through. Mel Brooks parodies that. The point is totally absurd. I mean the idea that the 2,000-year-old man should be a little Yiddish man —

He’ll survive us all.

DS: I think he’s 2048 now. They updated it, and it didn’t work very well. Mel Brooks received an Oscar, an Emmy, a Tony and a Grammy. And there’s not many artists who can say that. So, Jews do it good, when we do it. Or American ones do. I don’t know if Sacha Baron Cohen is going to get Oscars for his work.

You wrote a short story and a play called “The Boy Who Was Woody Allen,” which is being adapted in London’s West End.

DS: I had this idea of a 6-foot-3, blond Catholic boy who is up before the careers officer at school and has no idea what he’s going to do. He has an epiphany. I don’t think Jews are allowed to have epiphanies. He wants to be Woody Allen. And the careers officer is not at all happy about it.

How do you see it playing out?

The Man Who Wanted To Be Woody Allen