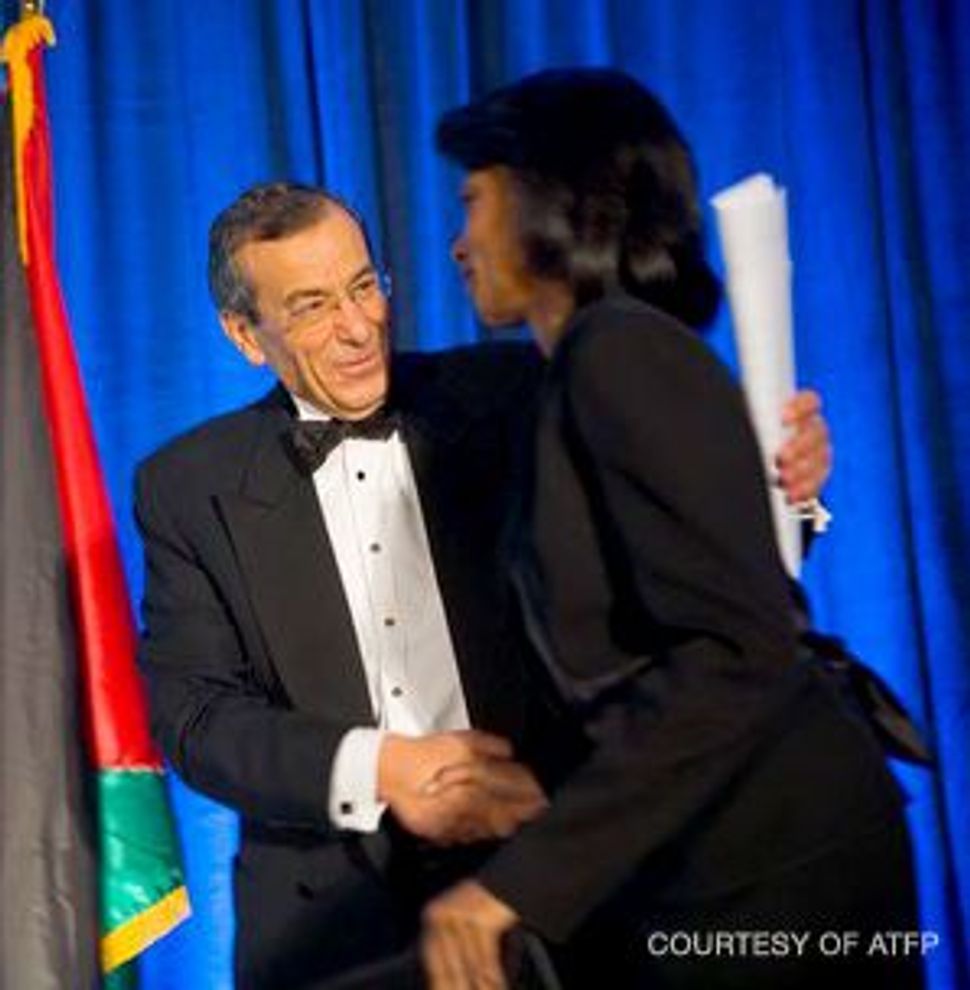 Washington – The American Task Force on Palestine, a moderate group that has emerged in the past several years as the most prominent pro-Palestinian voice in Washington, is fighting off criticism from within the Palestinian American community that it has cozied up to the Bush administration at the expense of the Palestinian cause. 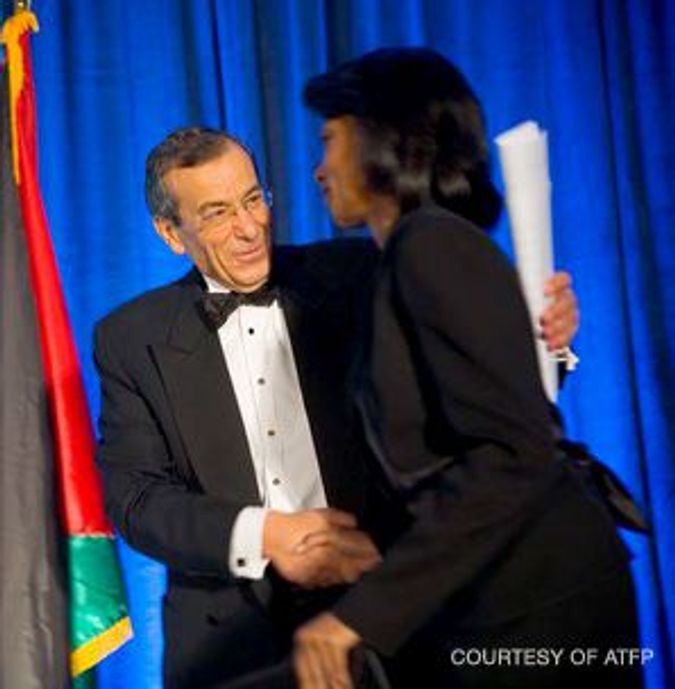 The struggle over representation of the Palestinian community in the United States has come to a head just as Washington has reinserted itself into the Middle East peace process. ATFP’s critics, who are strongly opposed to compromising on the Palestinian right of return, are marshaling their efforts into a proposed conference later this year at which they hope to lay claim to being the true voice of the Palestinian American community.

ATFP, which was envisioned at its founding in 2003 as the Palestinian answer to the American Israel Public Affairs Committee, has lashed back at its critics in recent months, charging that it is, in fact, they who are sacrificing the dream of Palestinian statehood.

“This is the political mindset of old Arab nationalists who did not hear of the demise of the Soviet Union and who don’t see any solution that is not a zero-sum game,” said Ziad Asali, who founded ATFP in 2003 and serves as its president. “We need to look at what is possible. Either we have a peaceful state of Palestine living side by side with Israel, or we have no state at all.”

This past October, shortly before the peace summit held in Annapolis, Md., the task force began to push back against its critics in the Palestinian American community with the publication of a lengthy paper, titled “Setting the Record Straight.” The author, ATFP senior fellow Hussein Ibish, attempted to answer nearly every argument raised against the group by activists, bloggers and opposing groups.

“Our views were misrepresented,” Ibish said. “In the far right and the far left, people were upset with our combination of principle and practice and tried to do everything in their power to harm us.”

Ibish believes that contrary to claims made by the group’s opponents, ATFP does indeed represent the mainstream views of the Palestinian American community — a population that is estimated to number more than 200,000.

“Those who believe that ending the occupation is the goal and that a two-state solution is the vehicle are not opposed to our message,” he said.

The main issue that ATFP’s critics raise is the group’s willingness to compromise on the Palestinian right of return. Asali has consistently drawn a distinction between, as he puts it, “the right and the return,” calling for a recognition of the right of return and an apology, but not for the actual return of all Palestinian refugees to their homes. His position has been deplored by some Palestinian American activists, who charge him with selling out on Palestinians refugees’ legitimate rights.

Shami, a supporter of a one-state solution to the Israeli-Palestinian conflict, says ATFP has adopted the Bush administration’s views at the expense of Palestinian interests. Such sentiments have also been heard on blog posts written by Palestinian American students and activists who have accused the group of enjoying “an expensive Washington, D.C., address” overlooking the White House.

The accusations have increased as ATFP has built ties to officials in Washington unparalleled in the Palestinian American community. At the organization’s inaugural black-tie gala dinner in 2006, Secretary of State Condoleezza Rice gave the keynote speech and a host of senior administration and congressional officials were in attendance. The second gala, held last year, featured Nicholas Burns, under secretary of state for political affairs. At the event, he told the audience that his sister-in-law is a Palestinian American and that through her family members, he learned about “the cruel fate of history” that has prevented them from returning to their home.

ATFP can also boast of close ties to the leadership of the P.A., Prime Minister Salam Fayyad, who, during a trip to Washington last month, gave a speech to the group that was widely picked up by the media.

“We were the first Palestinian American group to understand the need to work within the American political system,” Ibish said. “If you want to stand outside and shout, that’s okay, but that’s not the way to affect policy.”

Ori Nir, a spokesman for Americans for Peace Now, said that ATFP’s “moderate, pragmatic views” have opened “exciting opportunities” for partnership. The two groups share an internship program and have cooperated on a number of events during the past two years.

Asali would like to broaden the partnership with pro-peace American Jewish groups even further, envisioning a broad coalition of forces supportive of a two-state solution.

“All the talk about a one-state solution,” Asali said, “adds a sense of urgency to our work.”