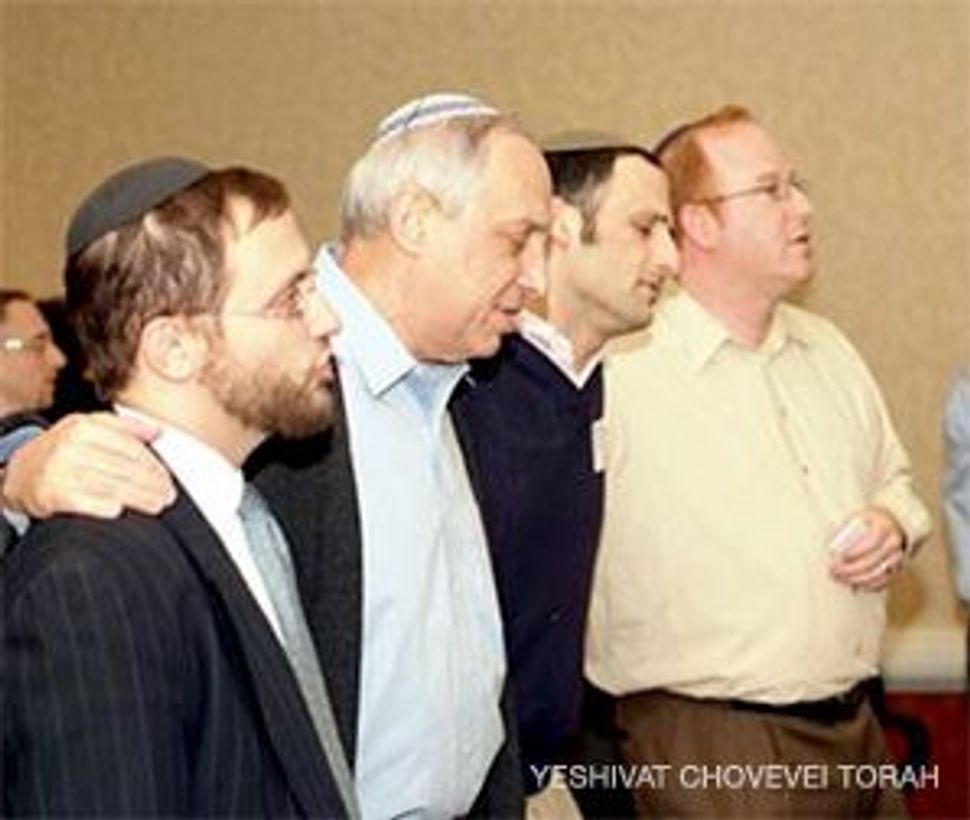 Leading Voice: Rabbi Avi Weiss, second from left, is among those who have banded together to organize the new group.

After years of tension between more liberal and conservative elements of the American Orthodox Jewish establishment, several liberal Orthodox rabbis have banded together to create a new rabbinic organization that offers an alternative to traditional Orthodox authorities. 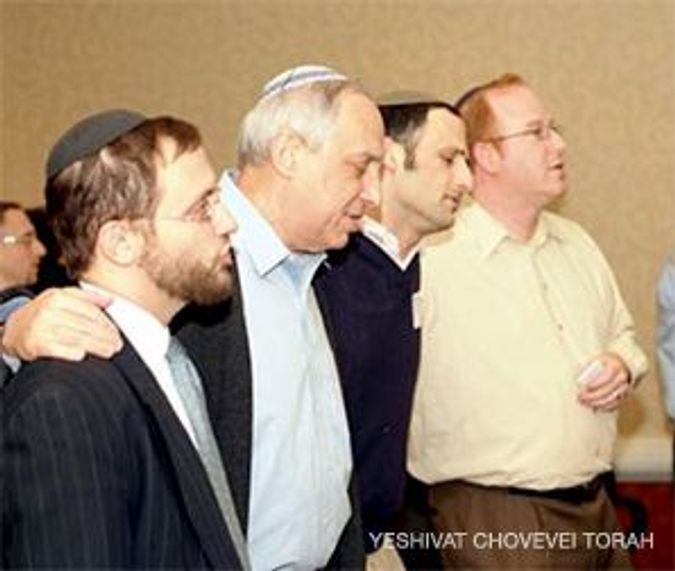 Leading Voice: Rabbi Avi Weiss, second from left, is among those who have banded together to organize the new group.

Rabbis Marc Angel and Avi Weiss have convened an organization they are calling the Rabbinic Fellowship, a national affiliation of rabbis that they say will create a safe space for Orthodox rabbis to exchange ideas without fear of repercussions. The fellowship also could offer a home to rabbis frozen out of the established Modern Orthodox rabbinical union. In one sign of how the organization could influence the Orthodox world, Angel and Weiss said that it could set up an international network of rabbinic courts.

“We want to create an environment where rabbis can feel empowered to think, to speak, to make judgments, to make decisions and, when we come to a consensus among ourselves, to come to some practical plans of doing things,” said Angel, who is rabbi emeritus of Congregation Shearith Israel, New York’s historic Sephardic synagogue.

The establishment of the fellowship was inspired in part by a series of negotiations between the Rabbinical Council of America, which is the leading union of Modern Orthodox rabbis, and the Israeli chief rabbinate over conversion standards in America. A number of critics, including Weiss and Angel, have accused the RCA of capitulating to the chief rabbinate.

It is also the latest attempt to set up more liberal Orthodox institutions alongside the more established organizations. A number of critics, including Weiss and Angel, have accused these institutions of becoming more restrictive and more authoritarian and of being less open to new ideas. Weiss, the champion of what he calls “Open Orthodoxy,” has played a particularly prominent role in those struggles as the leader of Yeshivat Chovevei Torah, a seminary he founded in 2000. YCT has butted heads repeatedly with several of the leading Orthodox organizations. The lack of acceptance for YCT’s graduates helped lead to the foundation of the Rabbinic Fellowship.

The relationship that YCT has had with established Orthodox bodies was often tense. In the seminary’s early years, officials at Yeshiva University — the flagship institution of Modern Orthodoxy — attempted to block YCT graduates from landing rabbinical positions. In turn, Howard Jonas, chairman of YCT, accused Y.U. of moving to the right, under the leadership of “a combination of the gutless and the spineless in a coalition with the mindless and the senseless.” Jonas later apologized for his comments.

These tensions came to a head when YCT attempted to win accreditation from the RCA. According to the rules of the RCA, rabbis can be admitted only if they receive ordination from an RCA-accredited institution or by an accredited rabbi. YCT attempted to join, but its application ran into roadblocks and was ultimately withdrawn.

The result was that YCT graduates are now unable to join the RCA. Though YCT officials said they have had no trouble placing the school’s graduates in teaching and rabbinical posts across the country, graduates have no professional organization to join.

Weiss and Angel both have emphasized that the purpose of founding the Rabbinic Fellowship was neither to create a separate rabbinical union for YCT graduates — the two rabbis want the majority of members to be non-YCT grads — nor to compete with the RCA (of which both remain members). Rather, their goal is to create a safe space for rabbis to exchange ideas and develop their own opinions, in an environment they describe as fearful and often resistant to open dialogue.

Angel, who is a past president of the RCA, said he was particularly troubled by the growing notion that thinking and decisions about making rabbinic law were privileges reserved for a few eminent authorities, and by the idea that communal rabbis were supposed to make peace but not think — an attitude that he says has pervaded the RCA.

“The way they’re organizing themselves is around some rabbinical authorities — which are very few — and the rest of us are supposed to be sheep,” he said.

The fellowship has already met once, last October, at a conference attended by some 33 rabbis, and the organizers are scheduling another for next month, which they hope will be attended by 100 rabbis. The plan for the rabbinical courts is currently the idea of Angel and Weiss and not organizational policy, but Angel said he hoped it could be up and running within a year or two.

Rabbi Basil Herring, executive vice president of the RCA, said nobody involved in the rabbinic fellowship had discussed it with him directly.

“Frankly, we do not know what they’re trying to accomplish, how it might relate to the RCA, what their own personal ongoing relationship to the RCA will be, all of which is remarkable,” Herring said. “And frankly, we just find it very peculiar.”

Herring also warned that any competing court system would run the risk of issuing decisions that might not be accepted broadly in the Orthodox world.

“You don’t want to advance your particular ideology, noble as it may be, on the backs of good men and women,” he said.