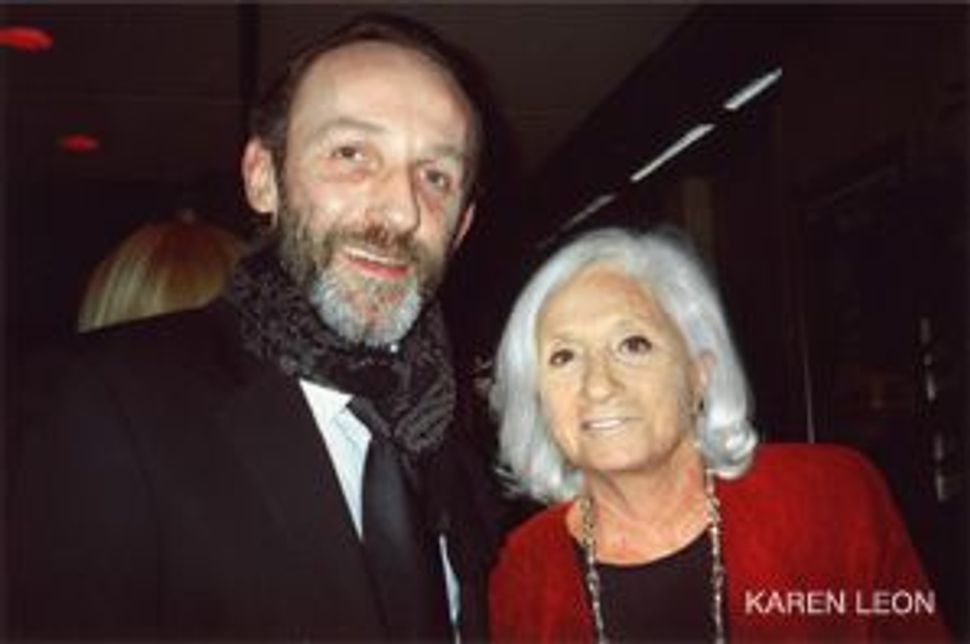 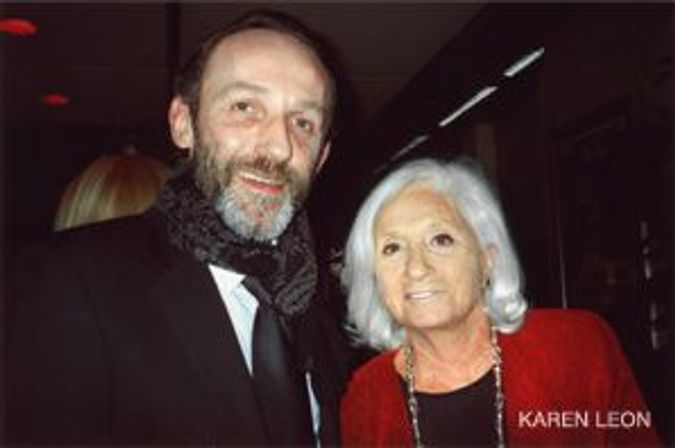 By the time I attended the reception, hosted by Elie and Marion Wiesel, for the film “The Counterfeiters,” held at Sony Corporation’s headquarters two weeks before the movie won an Oscar for best foreign film, I had relished the film’s dialogue and unexpected twists at three prior screenings. Among the Wiesel party crush were the film’s writer-director, Stefan Ruzowitzky, and its star, Karl Markovics, along with Sony head Howard Stringer, actor Ben Gazzara and ABC reporter John Stossel. Based on fact, the film’s “hero” is master forger Salomon “Sally” Sorowitsch, who is put in charge of a cadre of printers, etchers and inkmasters at Sachsenhausen concentration camp to so perfectly duplicate British and American currency that it can pass muster, and, undetected, destroy the Allies’ economic base. Sorowitsch (brilliantly portrayed by Markovics) is torn between ego, helping the enemy, and survival vs. sabotage. His nemesis, Adolf Burger (who is still alive at 90), a communist whose memoir is the basis for the film, attempts sabotage and is ready to let his fellow prisoners die in the name of idealism. Though this is a Holocaust film, the horrors of the Shoah are mostly off-stage or in your memory banks. The life-death pas de trios among Sally, Burger and Friedrich Herzog (Devid Striesow), the Nazi head of the operation, will keep you at the edge of your seat. The movie’s a winner, from opening frame to last moan of the tango soundtrack.

During my interview in early February with Austrian director Ruzowitzky, he elaborated on the use of the tango as the musical theme throughout the film, “because I did not want to use Jewish folk music. It was not appropriate for a Berliner Jew like Sorowitsch…. And the tango is a dance where the dancers don’t look each other in the face.”

“I was afraid to take the responsibility of [being] a Jew acting as a non-Jew,” said Markovics, who joined me for another interview after Ruzowitzky left the Regency Suites. An Austrian TV star best known through the international hit TV series “Rex: A Cop’s Best Friend” and “All the Queens Men,” and whose roots are Croatian-Hungarian, told me: “My wife’s family is part Jewish. Her great-aunt was murdered in Auschwitz. We named our daughter Leonie, after her. My uncle was in the SS, a ‘sanitator,’ whatever that means.” Having read the German translation of Amos Oz’s “Literature in the Fog,” Markovics observed: “Actually, Jews are the only true Europeans. In Czechoslovakia there are Slovaks… the only Czechs are the Jews. In every country, they carry with them their cosmopolitanism.”

“The critics in Germany did not like the film,” Markovics said. “They prefer to deal with spy and crime [themes].” What was it like shooting the film, transporting himself on a daily basis back to a time and place of horror? “I was very lucky I was not living with my family. It would have been very difficult. I left the studio and headed to my five-star hotel, had a buffet breakfast and then, the next day, back to the concentration camp.”

“What about the character Kolya, a young Russian boy who breaks your heart — a fellow “art” prisoner who, like Sorowitsch, is an admirer of Schiele. Is he Russian? “No, no,” Markovics said. “He is German, but he had a great Russian tutor.”

As he has done in past years, Holocaust survivor and National Jewish Outreach Program benefactor Sam Domb vented his spleen at “assimilation — the silent Holocaust” the National Jewish Outreach Program’s February 5 dinner. As behind him, on the stage of the Waldorf-Astoria’s ballroom, a silk banner proclaimed in Yiddish “Giants,’ Domb raged on: “Eventually all these hotels where people go for Pesach and Sukkot will be empty…. You have to become a shareholder in the survival of the Jewish people. Failure is not an option.” Rabbi Ephraim Buchwald, founder and director of NJOP, touted “Shabbat Across America,” an event that he started 12 years ago and takes place this year on March 7. “Last year we reached 60,000 people across America and Canada,” Buchwald said. Among a roster of NJOP success stories, Buchwald cited “Mottie” (formerly Marc), who two weeks earlier received ordination from the chief rabbinate of Israel. “Graduates of NJOPs ‘Basic Judaism Crash Course’ over the Internet 13 years ago, Mottie and his wife, Batya, are setting up a new Israel-light outreach center in Jerusalem.”

The dinner honored dermatologist Mark Lebwohl, spine surgeon Nathan Lebwohl and gastrointestinal specialist Oscar Lebwohl — all Harvard Medical School graduates. It was noted: “Because their parents [Jennie and Zachary Lebwohl] survived the Holocaust, their three sons have given the gift of life to thousands.”

Inspired by the Chinese New Year, which coincided with NJOP’s dinner, the ballroom was a-sparkle with hanging red lanterns, red tablecloths and centerpieces of red flowers floating in tall water-filled vases. The Asian theme continued with the dinner menu: five-spice duck breast, Asian pear and fennel salad, Thai shaved beef with cilantro, timbale of jasmine rice laced with pistachio nuts, plus Yamaguishi coconut-crusted chicken roulade. And these were just the appetizers! The main course was pepper-crusted chateaubriand and — not or — Bourbon glazed chicken breast plus accoutrements.