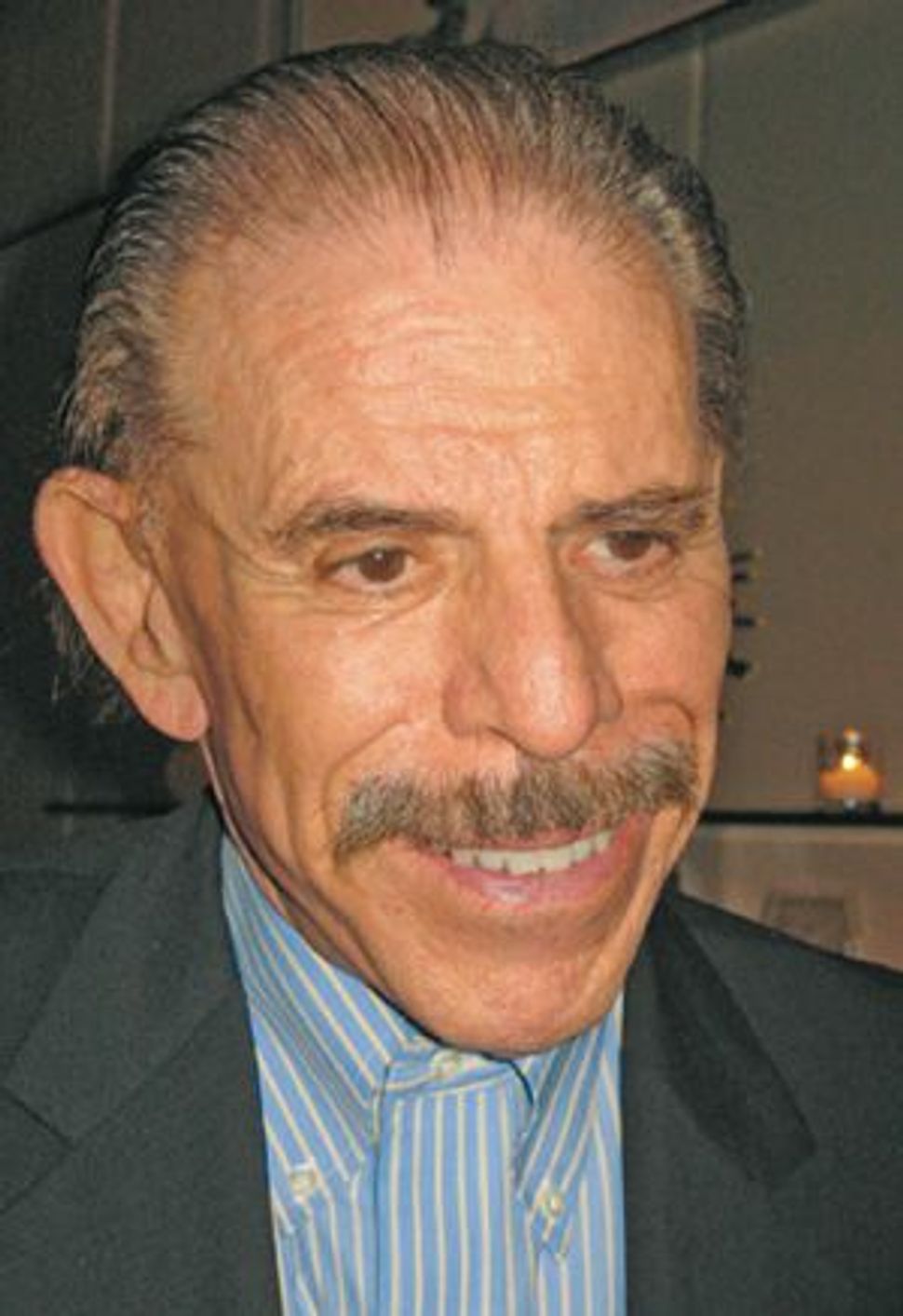 As New Jersey Senator Frank Lautenberg looked on lovingly, his wife, Bonnie Englebardt Lautenberg, and her sisters, Carol Weisman and Lois Robbins-Zaro, were awarded tzedakah boxes at the June 3 UJA-Federation of New York Women’s Philanthropy “In Her Footsteps” event at the New York Hyatt. Introduced as “The Steinberg Sisters,” in tandem, the three credited their parents, Jean and Meyer Steinberg, for instilling in them the imperative “to reach out to Jewish charity.” One sister added, “Only Jewish people support Jewish charities…[but] you don’t have to be Jewish to get help from UJA.” 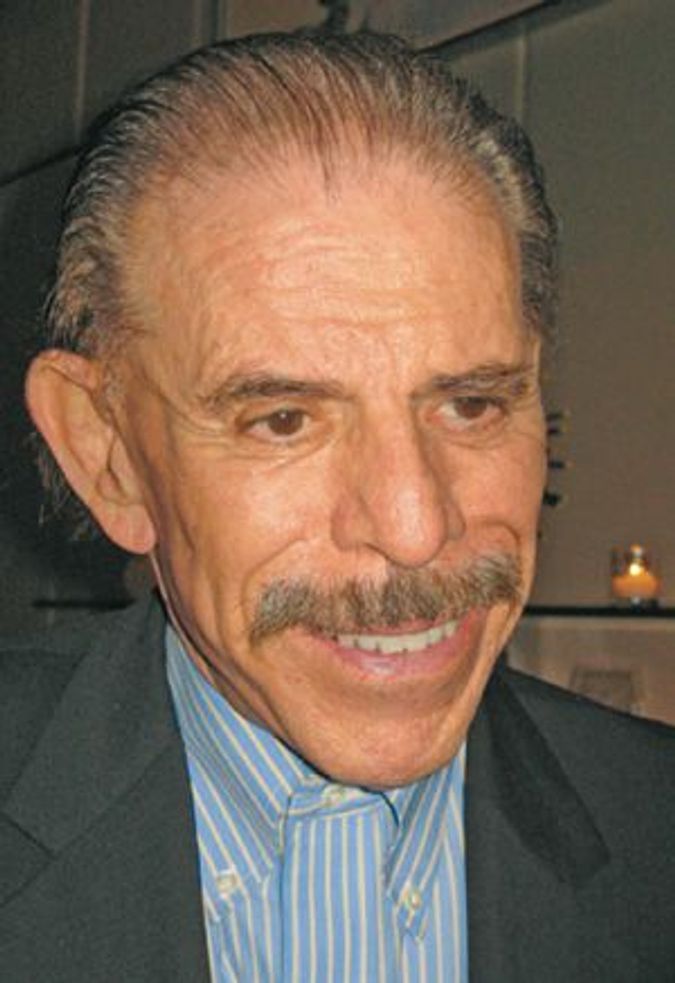 Describing herself as “the daughter of survivors who rose from the ashes,” honoree Nurit Amdur, a former lieutenant in the Israeli Army and co-founder and CEO of toy industry giant ALEX (who in 2005 was designated as “Wonder Woman in Toys” by Women in Toys and Playthings), added the postscript: “I was a recipient of aid that poured into Israel.”

Guest speaker professor Gabriela Shalev, Israel’s first woman permanent representative to the United Nations, greeted the crowd with a sigh of relief: “I thank you for what you do for Israel when we are so isolated in the world.” Reflecting on Israel’s action when it intercepted the running of the blockade to Gaza, Shalev stated: “There is no human crisis in Gaza….Food, medical [supplies] flow to Gaza…. [but] we will never allow arms, weapons…[through].”

Louisville, Kentucky-born Lois Kohn-Claar was honored with the Martha K. Selig Young Leadership Award. Kohn-Claar chaired the 2008 Lion of Judah Luncheon and was a founding member of Neshamot, the Women’s Imperative Philanthropy group. I am not sure for how many among the 500 elegantly dressed women — and sprinkling of men — at the luncheon the name Martha Selig resonated. A distinguished Jewish communal professional, Selig served in significant positions at UJA-Federation of New York and the Jewish Board of Family and Children Services (JBFCS). I first met Selig at a reception she hosted at her home for UJA some 20-plus years ago. She was an eminent presence at many Jewish gathering. What I recall from that first encounter was a display of a collection of ancient miniature Chinese opium bottles along a wall and a concert-size Steinway grand piano.

A few months before she died in 2006 at 93, she invited me to her UJA office. On her shelves and along the window sill were volumes of collected projects she had either worked on or originated — one for each year of service. “Masha, I wonder if anyone will ever bother to read these,” she said wistfully. Selig, who helped establish the Henry Kaufmann Campgrounds, will now continue to be an inspiration for generations of young women.

Receiving triple mazel-tovs that day was Lynn Kroll, a vice president of JBFCS and a former chair of The Foundation for Jewish Culture, who beamingly kept introducing her two pregnant daughters, Venessa Kroll Bennett (expecting in June) and Dana Kroll Carlos (expecting in September), and her pregnant daughter-in-law, Niccole Siegel Kroll (expecting in November). It was noted [that for the 2009 women’s annual campaign, “28,000 women from a variety of professions and communities in the New York area raised $28 million for UJA-Federation programs.” Thus far, $25.3 million has been raised for the 2010 campaign.

What is the probability that two of the six honorees at the “20th Anniversary of Black Alumni of Pratt” May 26 Awards event — artist Peter Max [nee Finkelstein] and philanthropist Annette de la Renta [nee Mannheimer] would both have Shanghai provenance? In making the presentation to his wife, fashion giant Oscar de la Renta said: “The many reasons I love my wife [are] her love of friends, her love of animals, her love of nature and her extraordinary sense of loyalty.”

Presenting the award to Max was former President Bill Clinton (via video presentation), who touted the artist’s influence and cosmic psychedelic ‘60’s style. Thomas Schutte, Pratt Institute president, told the black-tie guests at the Four Seasons Restaurant that the gala celebrated the 1990 founding of the Alumni benefit, whose purpose is “to identify and advance scholastic and professional opportunities for Pratt alumni and talented yet needy students of African and Latino descent.”

I first met Max in Washington, D.C., at a 1960s American Booksellers Association Convention at which he was autographing one of his psychedelic posters. In August 1989, at Brown’s Hotel in the Catskills, I met his father, Jack Finkelstein, who told me the megillah-long saga of his journey from Warsaw to Berlin to Paris (where he had a restaurant) then back to Berlin (where he met his wife when he was 23 and she 15). Hidden by Christians in Berlin “until our son [Max] was born,” he recalled, “my wife had a dream she was in China and took that as a signal we should leave Berlin.” They were unable to get tickets to China at either the airline or shipping line, but “out of nowhere came this Jewish man and gave her two tickets! With 7- month-old Peter Max we fled to Shanghai…via Italy.” Finkelstein mused, “To tell you the truth, those were the nicest 10 years of my life.” In 1950 the rise of Communism prompted their escape to Israel. “We finally came to the United States where Peter Max became the artist extraordinaire.”

Another Brown’s Hotel guest and survivor, Henry Pulwer (who had introduced me to Finkelstein), boasted, “My son, Jerry Powers, is Peter Max’s manager…. Peter has done the background sets for the current Bon Jovi concert of the Soviet Union, with proceeds to go to a Russian anti-drug and anti-alcoholism program.”

With a nod to Stephen Sondheim, Kaufman Center Theater Wing director Sean Hartley, host of its May 25 Honors Gala at 583 Park Avenue, declared: “We’re still here! We’ve survived the ups and downs of the economy and raised a near-record $700.000.” Recipient of Kaufman’s Distinguished Service Award Rosalind Devon credited her father, Aaron Caplow, the cantor for 55 years of Temple Israel in Long Beach, for “a life steeped in liturgical music” and “love of music,” and the Kaufman center for “becoming home away from home.” Devon, who progressed from student to teacher to vice president of Kaufman Center’s board of directors and chairman of its theater wing. said, “Twenty years of work with youngsters proved a magical transformation.” Devon, whose communal credentials include national board member of the American Friends of the Israel Museum, board member of the Israel Tennis Centers, and the American Society for Jewish Music (ASJM), stated: “A life of music is one of giving and taking.”

The Kaufman Corporate Leadership Award was presented to John Sykes, president and CEO of Playlist.com, the world’s self-proclaimed largest music community, with 48 million registered users. Over the past 13 years, Sykes’ VH1 Save The Music Foundation has provided more than $45 million worth of musical instruments to more than 1,700 public schools, impacting the lives of 1.4 million public school children in America. “We believe that public school children deserve the same music education that we had,” said Sykes, who added: “The ancient Greeks used music to teach math…. Public education [is] a ticket to college, an equal [opportunity] educator.”

Proof of the pudding was the concert by Kaufman’s Lucy Moses and Special Music School students, starting with kindergartner Alex Adou meeting the challenge of a Dmitri Shostakovich work and a quartet of 8th graders — Will Maxwell (violin), Noelle Ike (violin), Sanitu Nevakivi-Callanan (cello), and [10th grader] Rosemary Nellis (viola) — performing a modern work by Marcello Zarvos. I’m not sure which member of this young, promising ensemble was the spokesman, but in describing the transition from classical music to modern works, he said, “We can discuss the works with [living] composers. You can’t do that with Mozart.”