Maya Beiser: A Rebel With a Cello 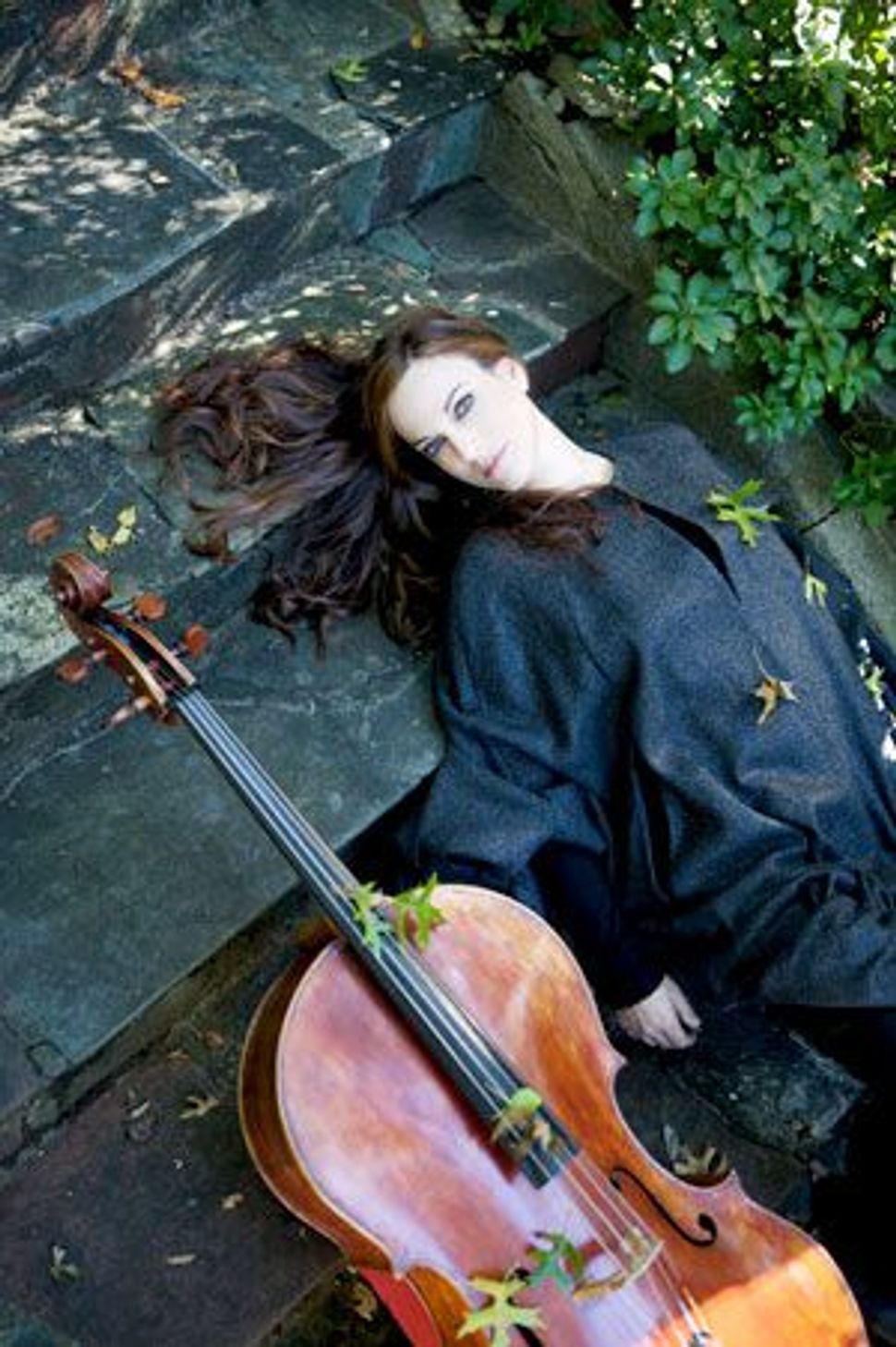 When Maya Beiser was growing up on Kibbutz Gazit in Northern Israel, her teachers expected that she would learn an instrument, maybe the violin. Instead, the aspiring musician decided she wanted to take on something bigger — literally. So she chose the cello.

“They wanted me to play the violin, but a lot of people played the violin,” recalled the blue-eyed, chestnut-haired cellist over smoothies at an airy Upper West Side coffee shop in Manhattan. “I was a rebel and I wanted to do something that nobody else did, and nobody else played the cello. Also, I was also a small kid and I liked the fact that it was big.” 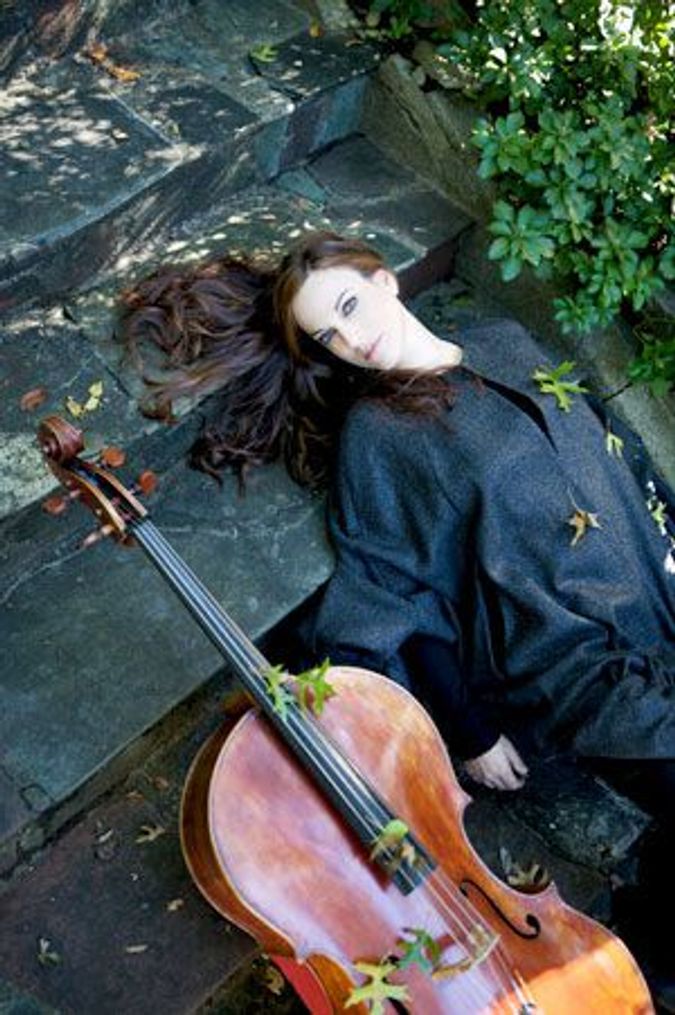 In her career, Beiser, 46, has distinguished herself by being rebellious musically, defying classical orthodoxies while exploring new forms and seeking new audiences. At the same time, she has managed to walk an artistic tightrope between tradition and innovation, musical complexity and popular success. For her efforts she has been called “a cello goddess” by the New Yorker and “the post-modern diva of the cello” by the Boston Globe, among other accolades.

Beiser’s most recent solo album, “Provenance,” released in May, illustrates her successful navigation of these contending forces. The inspiration for the album, which grew out of a series of live performances, lies in Beiser’s own musical past, as well as in the more distant history of medieval Spain. At the same time, all of its pieces are contemporary compositions, including an album-capping, multi-tracked tribute to Led Zeppelin’s “Kashmir.”

“The concept of ‘Provenance’ started for me with exploring that period in Spain where, relatively speaking, there was peace between Jews, Muslims and Christians,” Beiser said. “There was a phenomenal outpouring of cultural and musical and literary material that came from that period — Jewish Sephardic music, classical Arabic music, Christian chant — and it all fed off of each other.”

While some of the material on “Provenance” derives directly from Spain, most of the album is more broadly inspired by the spirit of cross-cultural influence that Beiser admires.

“Mar de Leche,” by Israeli composer Tamar Muskal, is derived from a Ladino love song, while “I Was There,” by Iranian composer Kayhan Kalhor, is based on a traditional melody attributed to the 9th century Ziryab, a former slave who became famous for his musical genius.

Jivan Gasparyan, an Armenian musician renowned for his mastery of the duduk, a traditional woodwind instrument, contributes “Memories,” and American composer Douglas J. Cuomo (who also wrote the theme song for the hit TV series “Sex and the City”) is represented by “Only Breath,” a piece that takes its inspiration from the 13th-century Persian poet Rumi.

No less important than the composers’ sources and inspirations are Beiser’s own interpretations. Although the cello is not a traditional Middle Eastern instrument, she has managed to make it a perfect vehicle for music that is alternately melancholy and ecstatic, haunting and impassioned. And while the music on “Provenance” harkens back to centuries-old traditions, for Beiser, the Middle Eastern flavor of the album is also reminiscent of her own childhood.

“I grew up in a kibbutz in the Galilee but we were surrounded by Arabic villages, so I heard all these sounds and all this music. My father was very close friends with one of the Bedouin tribes, so I would always go there, to weddings, and I was always very fascinated by that music,” she said.

Beiser also stressed that the album, despite its historical inspiration, is very much contemporary. “This is all new music,” she said. “That’s what it’s about for me in general. I’m interested in music that happens now and that relates to our lives now.”

Beiser’s interest in contemporary and sometimes offbeat compositions has been in evidence throughout her career. As a teenager in Israel, she won a prestigious scholarship from the America-Israel Cultural Foundation — “who I owe my career to,” she said — and studied with violinist Isaac Stern.

During her time in the army she played in the Israel Defense Forces string quartet (“a wonderful way to do my army service”), entertaining fellow soldiers and visiting dignitaries.

Later, she studied at the Jerusalem Academy of Music and Dance before moving to the United States to attend Yale University. She now lives in New York City.

While much of Beiser’s early training focused on the traditional classical repertoire, she soon began looking for more exciting material to play. In the U.S., she became the founding cellist of Bang on a Can All-Stars, a new music ensemble that has become one of the main forces in the contemporary music world.

Since then, she has worked with many of the best-known contemporary composers, including Brian Eno, Philip Glass, Osvaldo Golijov and Steve Reich, who composed his only solo cello work especially for her.

“I was always a rebel in the sense that I always wanted to go my own road and do something that nobody else has done,” Beiser said. “I just felt that there was something a little stifling to have to reinterpret pieces that have already been interpreted so many times, by composers that I could never talk to because they’re all dead. I needed to work with composers who create music right now, who are part of my culture, and who will work with me to explore what I’m interested in as a performer.”

For Beiser, committing herself to contemporary classical music involves a careful balancing act between commercial popularity and artistic integrity. While she is critical of music that is intentionally unpleasant to listen to — a not uncommon trait of much 20th-century work — she also proclaims her love of musical complexity and nuance. At the same time, she is not above honoring a rock ’n’ roll band, like Led Zeppelin.

“I always go toward complexity in music, but it’s also about reaching people and having people make the leap and say, we’ll listen to this, we’ll explore this,” she said.

If anything, “Provenance” shows that the reconciling of such opposites is far from an impossible goal — even if it may take a rebel to achieve it.

Maya Beiser: A Rebel With a Cello